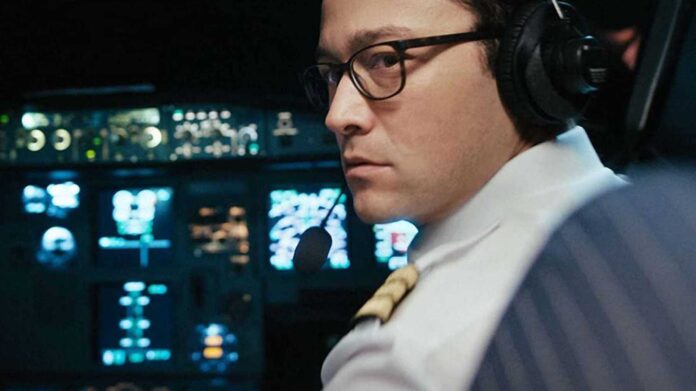 Despite some ultimate turbulence… of course. 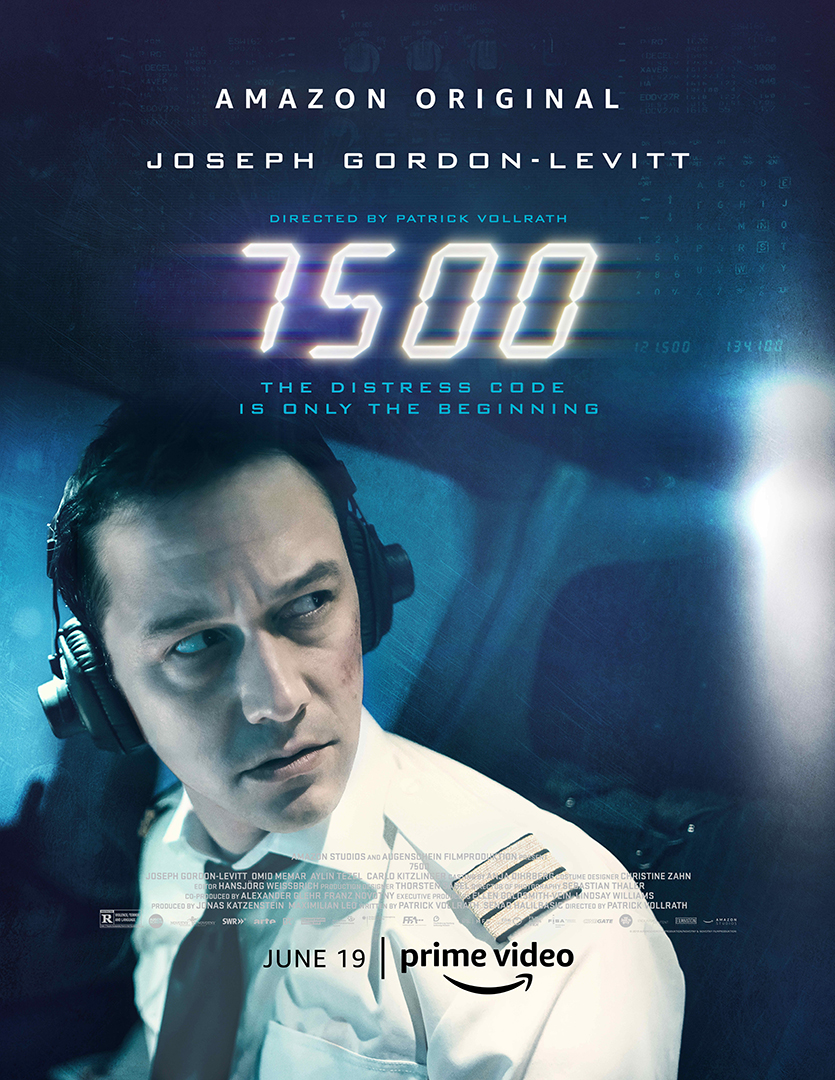 Joseph Gordon-Levitt and “ze Germans” revive the 9/11 genre with this slow burn, yet riveting thriller about an airplane hijacking gone wrong. That’s essentially all there is to it. There are no twists, turns, slick one-liners, experimental filmmaking, deep social messaging, or even a score to fluff it up and pad it out. The minimalist, 90-minute production is almost anti-establishment in this day and age of politically-infused cinematic bloat. Now playing on Amazon Prime, 7500 is a must see for patient action fans that can appreciate a reality-based, what-would-you-do story.

The Unlikely Hero and the Unwilling Terrorist

The narrative tightly focuses on Gordon-Levitt’s Tobias, a seasoned, straight-laced first officer co-piloting a typical passenger airplane. He’s a quiet, unassuming fellow and the only American on board. Basically, he’s the last one you’d think of doing anything remotely heroic outside of making a slight course correction to save 10 minutes on the arrival time.

The movie goes from 0 to 100 when Tobias is thrust into an attempted hijacking, gets knifed in the arm, fights off a suicidal terrorist plot, his flight attendant girlfriend is taken hostage, and 85 passengers face certain death if he loses control of the cockpit. Character growth and development happens within a span of a few minutes vs. an entire feature’s length. That instantaneous personality transfusion reflects the very real dynamics of violent conflict and the type of grit forged in wartime. Fight or flight…or in this case, fight in flight.

On the other side, a young man struggles to carry on a terror mission he doesn’t quite believe in and into which his older brother coerced him. Vedat, the reluctant extremist, is the only other character we get to know as he manages to form a bond with Tobias. They are both horrified by the violence and just want it to end. Vedat can’t quite let it go as he knows he’s in way too deep and he still feels bound by the pledge he made to his brother. While they try to figure each other out, both Vedat and Tobias desperately search for a way out without spilling more blood. 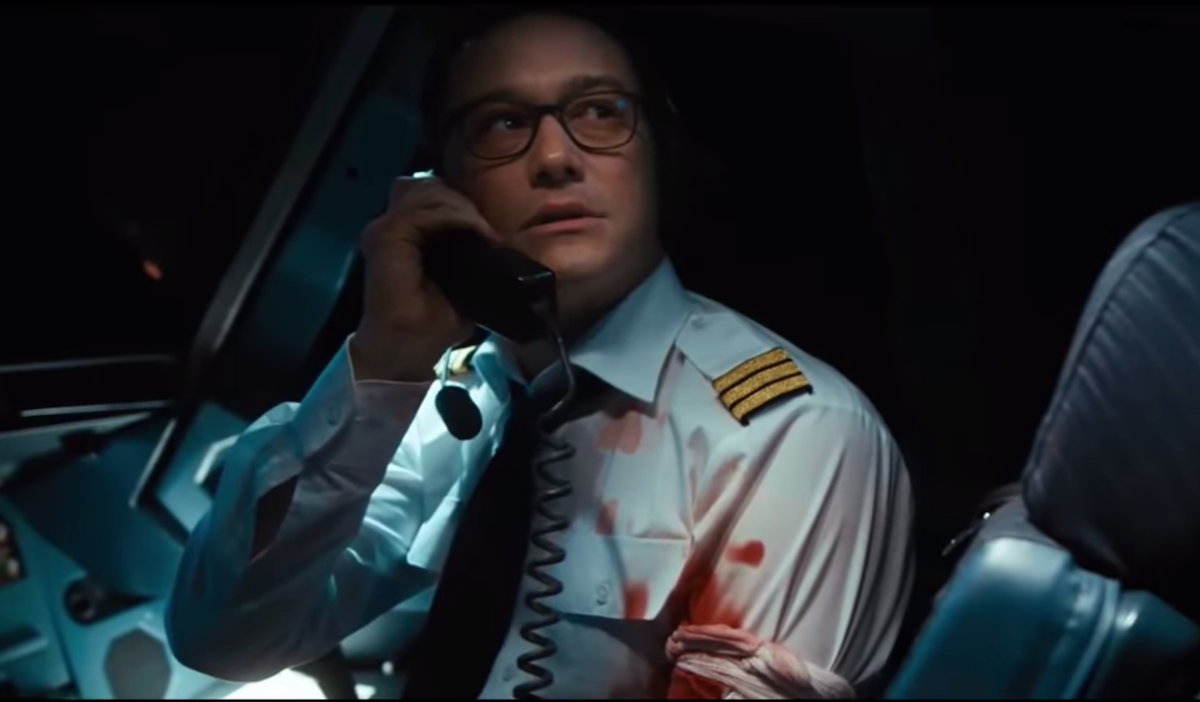 Given the confined spaces of a passenger jet we don’t exactly get huge action set pieces. Con Air and Passenger 57 had to land in order to spice things up with car chases, shootouts, and explosions. Air Force One is a flying monster, so sure, you can have shootouts on 10 different decks of the plane to keep things interesting. Where do you go on a smallish regional jet, especially when your terrorist plan involves quickly taking over the plane in order to crash it into a nearby city? You try like hell to smash down that cockpit door, which is what happens for 80% of the movie.

Other than the initial attack and the third act standoff, most of the action is viewed through Tobias’ eyes as he watches helplessly at his CCTV, monitoring the activity outside of the cockpit door. The ethical dilemma and grave consequences set up some of the most harrowing damned-if-you-do, damned-if-you-don’t sequences I’ve seen in quite some time. I won’t get into spoilers but there is a real “hoorah” moment after one of these scenes where Tobias takes to the PA system. Soon after, we get a glimpse of what happens next in the passenger cabin.

These moments seem brief but they’re raw and filmed in an almost documentary style. You feel the cuts, you feel the pain and gaping wounds. The closest comparison is United 93, which goes full documentarian out of respect for the subject matter. 7500 is a thriller with action beats and flairs of character drama, which make it a more engaging watch. 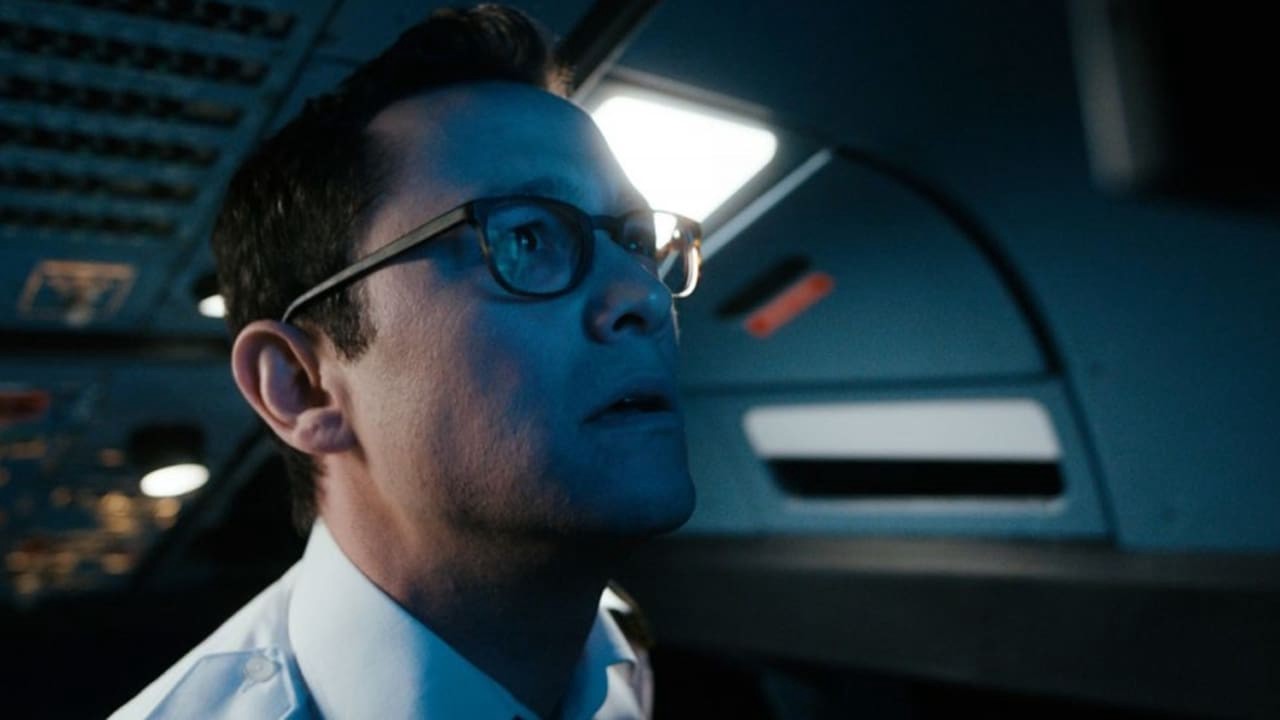 It’s not a perfect film and it often feel like a throwback to some of the 90s action movies I’ve already mentioned, plus a few more like Under Siege 2. Other critics seem to struggle with this as well; it doesn’t really bring anything new to the table. If this was made 15 years ago, it would’ve had a broad cultural impact but in 2020, Islamic terrorists hijacking a plane along with the standard issue hostage negotiation at the end; it all seems a bit outdated. 7500 is bound to fly under the radar, even after only a few days after release. B-movies like these lower budget action/thrillers never really get much attention anyway and the film’s “European-ness” may also present a problem for more hardcore action fans.

Despite the challenges that keep this from being a great film, it’s nevertheless a good film built on a sturdy foundation. This movie is German-engineered for efficiency and entertainment. It’s great to see Joseph Gordon-Levitt on screen again and he delivers an excellent performance along with the rest of the cast. The stark, minimalism is a welcome change from the loud, over-the-top but ultimately bland comic book movies of late. Add 7500 to your Amazon Prime queue and let me know what you think! I’d like to see more action fans weigh in on these types of movies vs. the boring mainstreamers who are bound to trash a solid effort from a first time director.