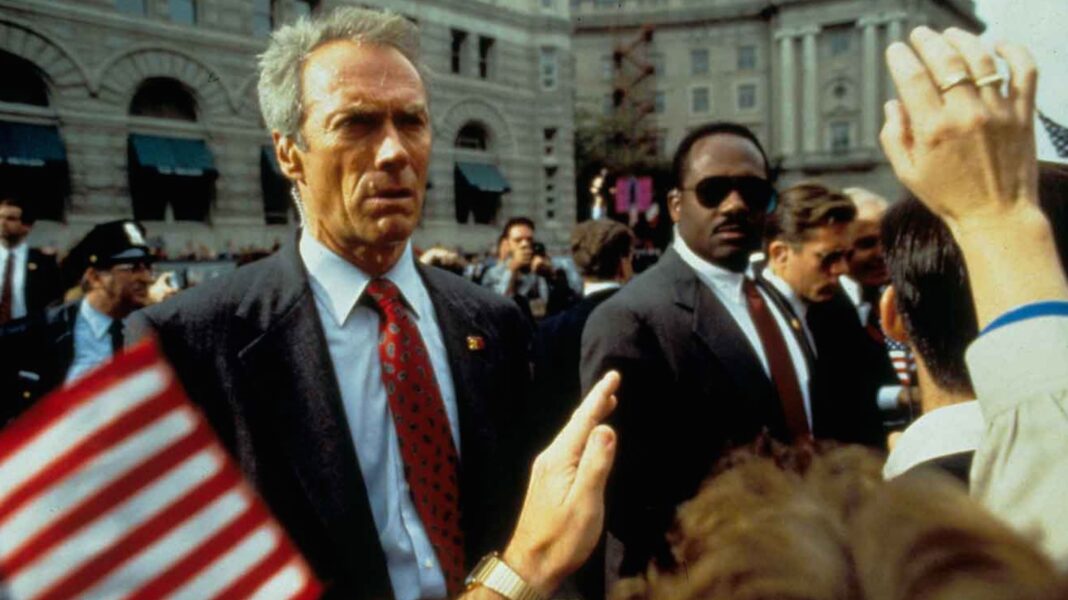 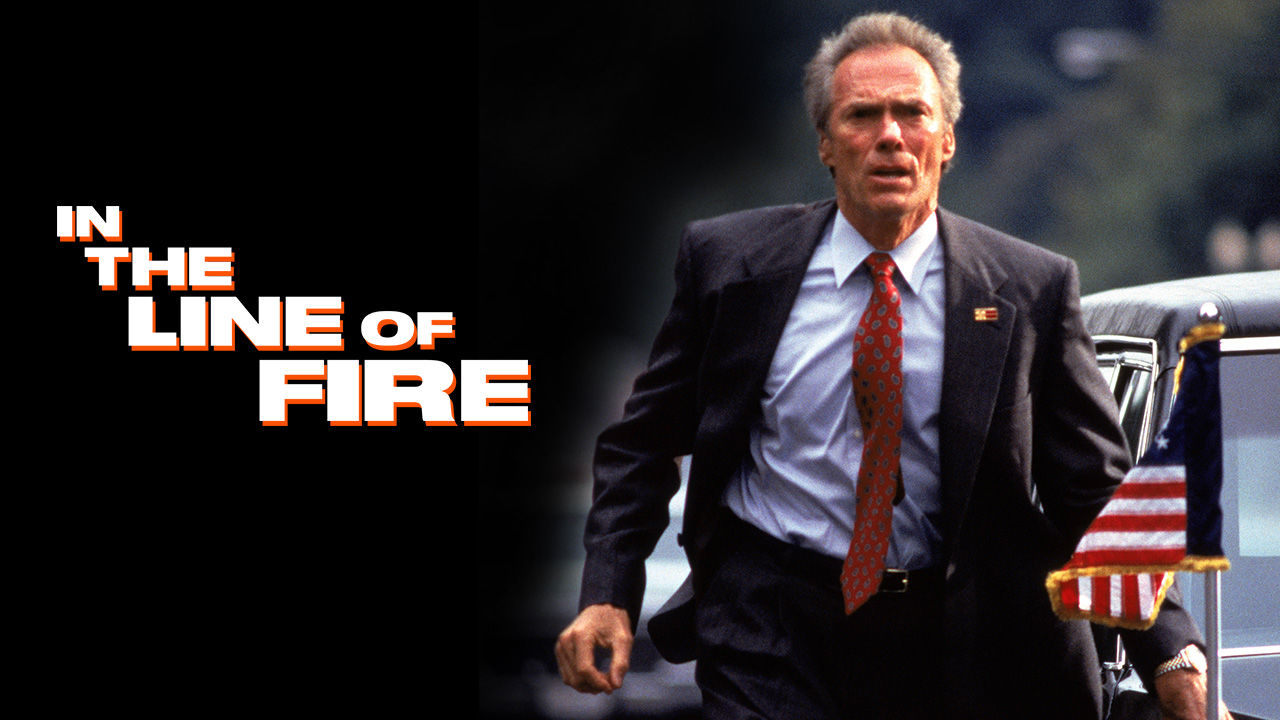 For the life of me, I don’t know why this Wolfgang Petersen and Clint Eastwood by-the-numbers political, action, thriller hasn’t been the absolute staple of late-night TNT programming for the past three decades. It has everything the baby boomer dads of America would want. Quasi-political intrigue: check. Hallmarks back to bygone eras of the past: check. Clint Eastwood being the catch-all late 50s thru early 70s action movie everyman: check. Said older action star wooing a mildly-appropriately-aged younger woman: check.

It also has some of the best / least challenging cinematic storytelling that has ever existed from Petersen, and across the board great character performances highlighted by John Malkovich doing his John Malkovich thing as one of the best villains in action movie history.

So, today, for anyone looking for something fun, not too challenging, but quite enthralling and with enough ultimate action sequences for a great payoff, to watch, let’s dive into In the Line of Fire (1993). 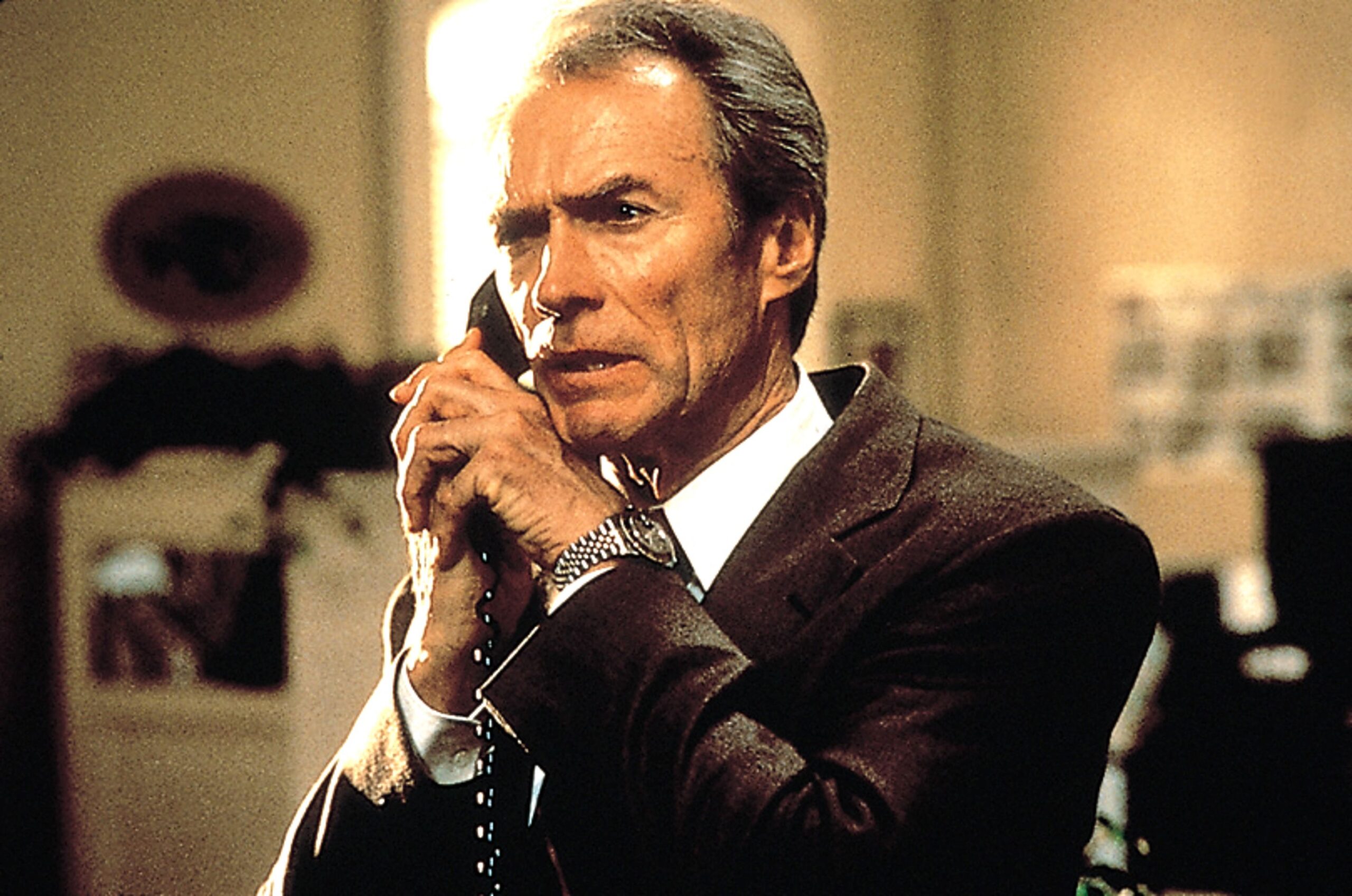 In a term that I’ve just decided to coin, Clint Eastwood is going to receive our prestigious UAMC Ultimate Dad Action award. It was a tough call between Eastwood, Charles Bronson and Harrison Ford in Air Force One, but Eastwood is the ultimate example of the suave, aged but able, comforting action star. Which is quite a feat for the “golden era” of action in the 80s and 90s as their regular build and abilities was in stark contrast of the muscle men like Arnold, Stallone, Dolph and Weathers, as well as the sleek and strong martial artists like Bruce Lee, Chuck Norris and Van Damme.

Yet, Hollywood found a recipe for success for these classic action types even as they had to find new, and innovative, stories and narratives to tell with these older action gentlemen still standing strong at the center. In the Line of Fire does a great job of walking that rope as it balances Eastwood’s role as Secret Service Agent Frank Horrigan between being a rock star of perception and agility, and an obviously aging agent with declining abilities and ineptness.

And thankfully too, it doesn’t dive too deep into Eastwood spending too much time actually wrestling with this and his own mortality, instead he pushes through it aptly as long as he has both an able love interest (in Rene Russo as fellow agent who is apparently quite easily seduced by piano playing Lilly Raines), and mark (John Malkovich as the hyper-talented, and hyper-crazy, wacko who is targeting both Agent Horrigan and the President of the United States, Mitch Leary), alike.

Where does Johnny Mc-Malkovich’s Performance Rank? 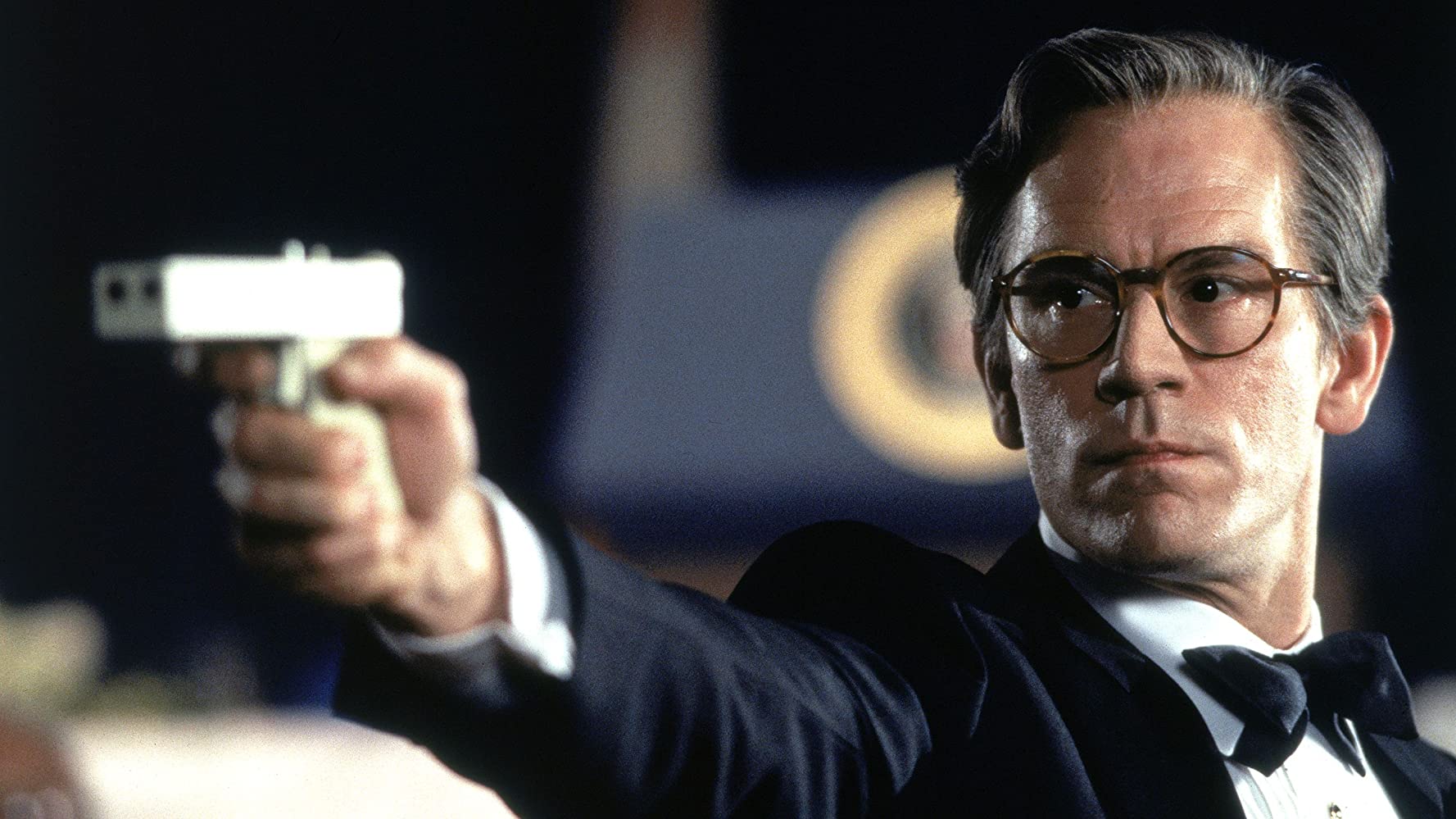 And while we have to commend Russo for another solid supporting lady role in the Ultimate Action Movie Club halls (alongside her great 90s work in Lethal Weapons 3 & 4, Outbreak and Ransom), as it often is with Malkovich, he nearly steals the show. And if it wasn’t for Eastwood being so stoically born for almost every role he’s ever donned, it could easily his movie to lose in the memories of audiences. Instead, it’s one of the best matchups between hero and villain in any actioner and should be remembered as much.

It’s fun to compare Malkovich’s Mitch Leary (a name which we learn later, he originally goes by just “Booth” as he uses CIA-level skills to track down Agent Horrigan and torment him with calls in the middle of the night, riling up Horrigan with painful reminders back to Horrigan’s time as the body man on John F. Kennedy’s fateful assassination), with many of the other action movie crazies.

His role felt very familiar to me from a movie which came out just less than a year later with Dennis Leary’s over-the-phone terrorist exacting vengeance by tormenting the story’s star. And fittingly, some of the best sequences of the film come near the climax as Malkovich finally comes out of his cave and can be pursued, and eventually taken down “aim high!” by Eastwood.

So Where’s the Ultimate Love?

The question to me is yet again, for another great actioner that I only barely remembered, yet once I sat down and watched it through is where is the love from ultimate action movie fans? My only guess is that In the Line of Fire got lost up in an action-heavy decade and stands out as solid, but not quite the noteworthy best of any of its stars from Eastwood, to Malkovich, to Russo, which is saying quite a lot for their abilities!

It also doesn’t even perhaps stand out from the great direction from Petersen with other titles like Das Boot, Air Force One and The Perfect Storm. The only person connected with the film that might have really held their hat on its success was writer Jeff Maguire, who while smashed a home run with this flick didn’t quite have many hits after.

Still, if you ever see In the Line of Fire on a streaming platform, or when browsing late night television it’s absolutely as good as you remember it, or even better if you’ve never seen it. Because, just like Clint Eastwood will always remind us, ultimate action just gets better as we grow older.