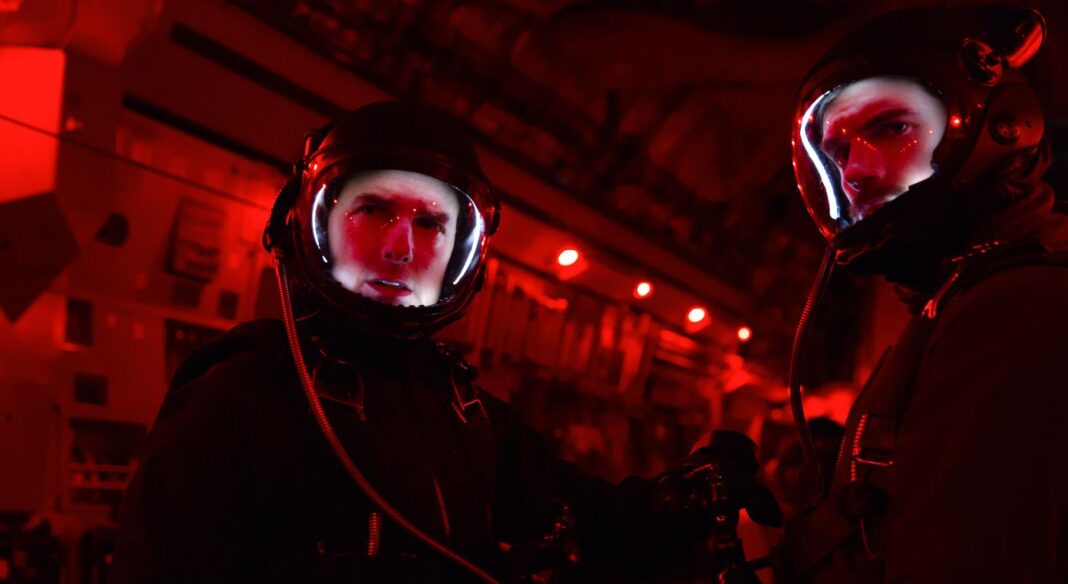 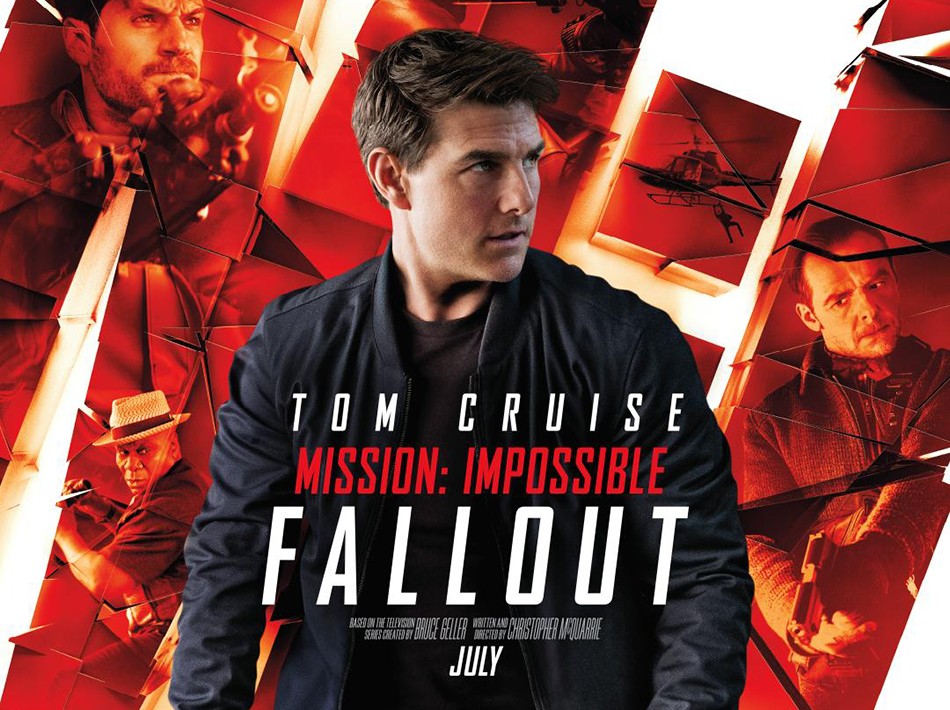 When I walked out of the theaters after seeing Mission: Impossible – Fallout I was blown away by the music. Of course, the stunts, acting, and story were worth the price of admission, but the music took the movie to a height far above Tom Cruise preparing to make a HALO jump.

The composer of the film Lorne Balfe could have gone one of two ways with the score. The simple route would have been to overly rely on Lalo Schifrin’s theme we all know and love and let that do all the heavy lifting. Instead, Balf decided to let the images on screen inform his composition by emphasizing the action, character, and invoking the legacy of the series to create tension.

The Mission Impossible Theme in Fallout

Let’s first consider the use of the main Mission Impossible theme in Fallout. In Paris Ethan Hunt (Tom Cruise) is preparing to capture his arch nemesis Solomon Lane (Sean Harris) to make a trade for plutonium. As the plan is about to unfold and Hunt and Walker (Henry Cavill) are checking their motives and fortitude, we hear the familiar Mission Impossible theme, but this time Balf introduces it in a slower tempo with rests in between the phrasing. As the brass provides the ominous undertone of the movie, the violins bring a slower tension to the familiar theme. Balf is creating in our minds a sense of unease for Hunt. We are in familiar territory but he’s older now and he isn’t so agile and resilient as he used to be. This time he may not be able to complete this impossible mission, and just as the score is stretching itself to something longer than we are used to, so Hunt is being stretched thin. Tension in the familiarity.

“The end you’ve always feared is coming,” Lane tells Hunt once he’s captured. “And the blood will be on your hands. The fallout of all your good intentions.” A new theme is introduced in this movie: “Your Mission”; the fallout of Hunt’s good intentions, his unwillingness to let a single innocent person die. The theme is reprised often in the film to illustrate the dread and hope that Hunt is perpetually balancing. Each new phrase in the melody provides a dash of hope but ultimately resolves itself into uncertainty––how will he deal with this fallout? The score is guiding us in character motivation and story motivation.

But how does this all emphasize the actual action of the movie? Let’s consider the HALO jump sequence toward the beginning of the film. As Hunt and Walker prepare to jump out of the airplane the violins provide a tempo as the brass emphasizes chords, providing a small amount of tension. When the plane’s cargo bay opens and we see the stormy skies just below, a choir fills our ears and captures the awe of the storm.

Walker then pushes Hunt aside, dislocating his oxygen source from his helmet while the brass jumps back into the score and the violins pick up their intensity. As Hunt reconnects his oxygen mask and jumps out of the plane into the stormy skies, the brass fills in the melody and we are now in the thick of the action. As the music is building, a lightning strike cuts through it and all we’re left to do is watch Hunt and Walker plummet in silence.

Hunt attempts to save Walker by flying back and forth in the sky as the brass makes its way back, emphasizing him missing the unconscious body in the sky. When Hunt finally attaches to Walker the score reaches a fever pitch as he is running out of time to attach the oxygen and deploy his chute. The chords are dissonant and quick, making an impressive scene so much more impressive. Your mind starts to wonder if it’s possible that Hunt might die!

Your Mission… if you Choose to Accept it

Later in the movie Hunt is running after Warker through the streets and rooftops of Paris. The scene has the potential to be laughable if there wasn’t any music accompanying his chase. However, because of the score this scene is arguably as iconic as any other sequence in the series.

The scene kicks off with bongos providing an intense introduction to Hunt running across Paris in pursuit of Walker. When we glimpse Walker, we are introduced to chaotic piano emphasizing his calm walk toward his destination. As Ethan jumps from building to building the score hangs on a chord and lets a choir lead the way. It also provides a bit of a Doppler effect because we can feel the wind in the lungs of the choir rushing past our ears. The theme of “Your Mission” is reprised as once again we see Hunt being stretched too thin, perhaps even unable to reach his goal. Traces of the original Mission Impossible theme are placed throughout, mixing with the “Your Mission” theme as the movie is placing the culmination of all of his good intentions into this sequence. If you’re like me, you’re no longer on the edge of your seat. You’ve just fallen out of your chair.

Author bio: “I’m a musician and podcaster from Oregon who cannot get enough of Tom Cruise. You can catch me every Friday analyzing film franchises with my wife on our podcast “The McCaw Podcast Universe”. We exist to prove people wrong when they say, “sequels are never better than the originals”. You can also listen to my indie rock album “Imbalances” wherever you get your music.”