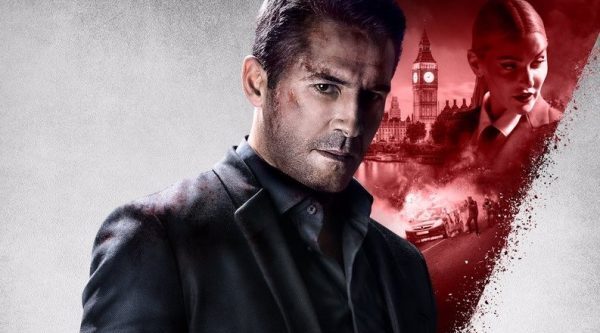 Is there anything this guy can’t do at this point? 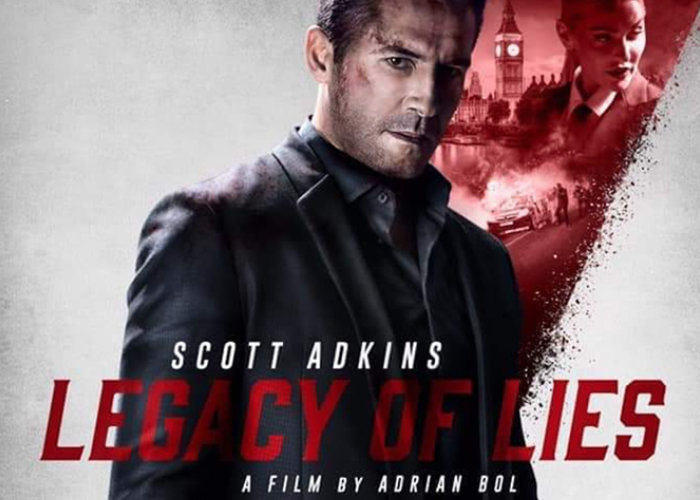 I’ve stated many times before how Scott Adkins deserves to be the biggest action star in the world. So much so that you’re probably tired of hearing about it, but I don’t care. I’ll say it as much as I want, and I’m going to keep saying it until he gets his due.

Now, Scott seeks to prove that very case with Legacy of Lies, his newest film from director Adrian Bol.

An ex-MI6 agent is thrown back into the world of espionage and high stakes to uncover the shocking truth about operations conducted by unknown secret services.

If there’s any movie that proves Scott’s worth as a leading man in big budget blockbusters, this is it. This is without a doubt the best looking movie Scott has done so far. Director Bol and his cinematographer Simon Rowling drench the film in a beautiful aesthetic, reminding me of the look of movies such as John Wick & Atomic Blonde.

Scott himself plays his most complex character yet; Martin Baxter, a defeated man who must regain his honor as he tries to save his young daughter from the brutal  underbelly of the world he used to reside in, and he plays Martin fantastically. Seeing him convey all the emotional complexity that a character like this requires proves he is the action genre’s most definitive leading man. Hollywood, please do the right thing, and give this man his big budget blockbuster.

A Cross Between Commando and Jason Bourne 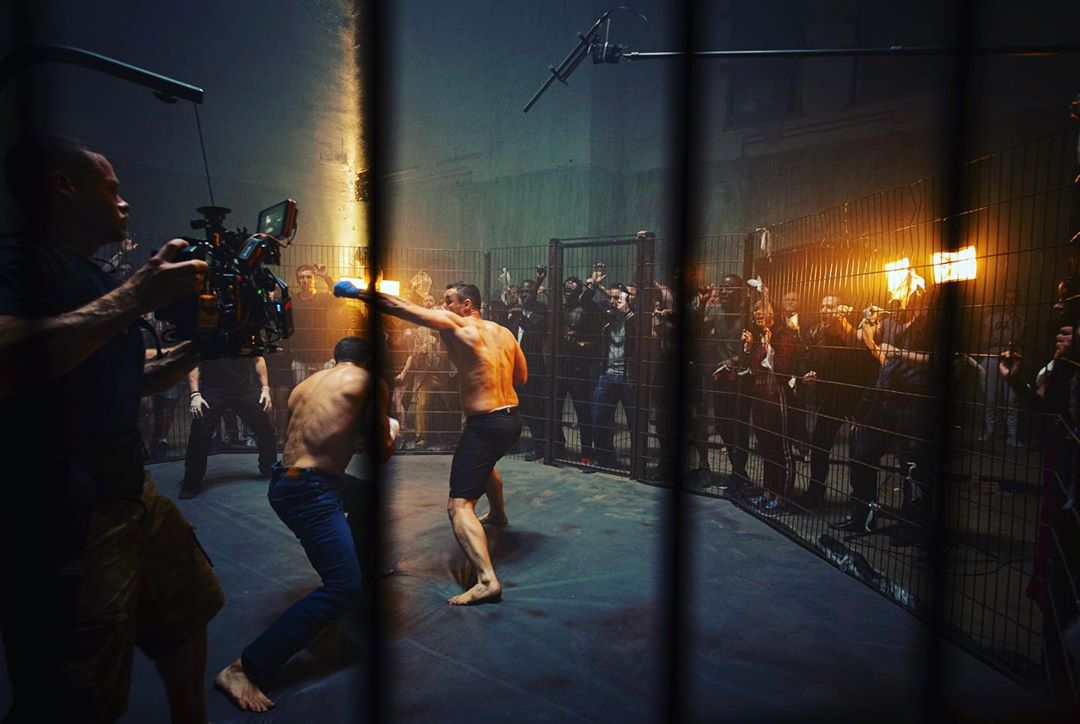 He is aided by the excellent story crafted by director Bol, who also scripted. Falling somewhere between Commando and The Bourne films, this is a damn great espionage story with twists and turns at every turn.

And yes, this is more of espionage thriller, so there’s not a whole lot of action, but when there is, it’s beautiful. The amazing Tim Man was the fight choreographer on this, and he gives us some exemplary beat downs, such as a cage match with Baxter early in the film, and an incredible one on one with Baxter and the character of Edwards, played by Leon Sua. These two give us such a lovely face off that you come to expect from a movie starring Scott Adkins. Great stuff.

We also get quite a few shootouts and car chases, where Scott gets to show off his inner John Wick. This is absolutely some of the best action filmmaking Scott has ever been involved with. Kudos to him and the rest of the cast and crew. 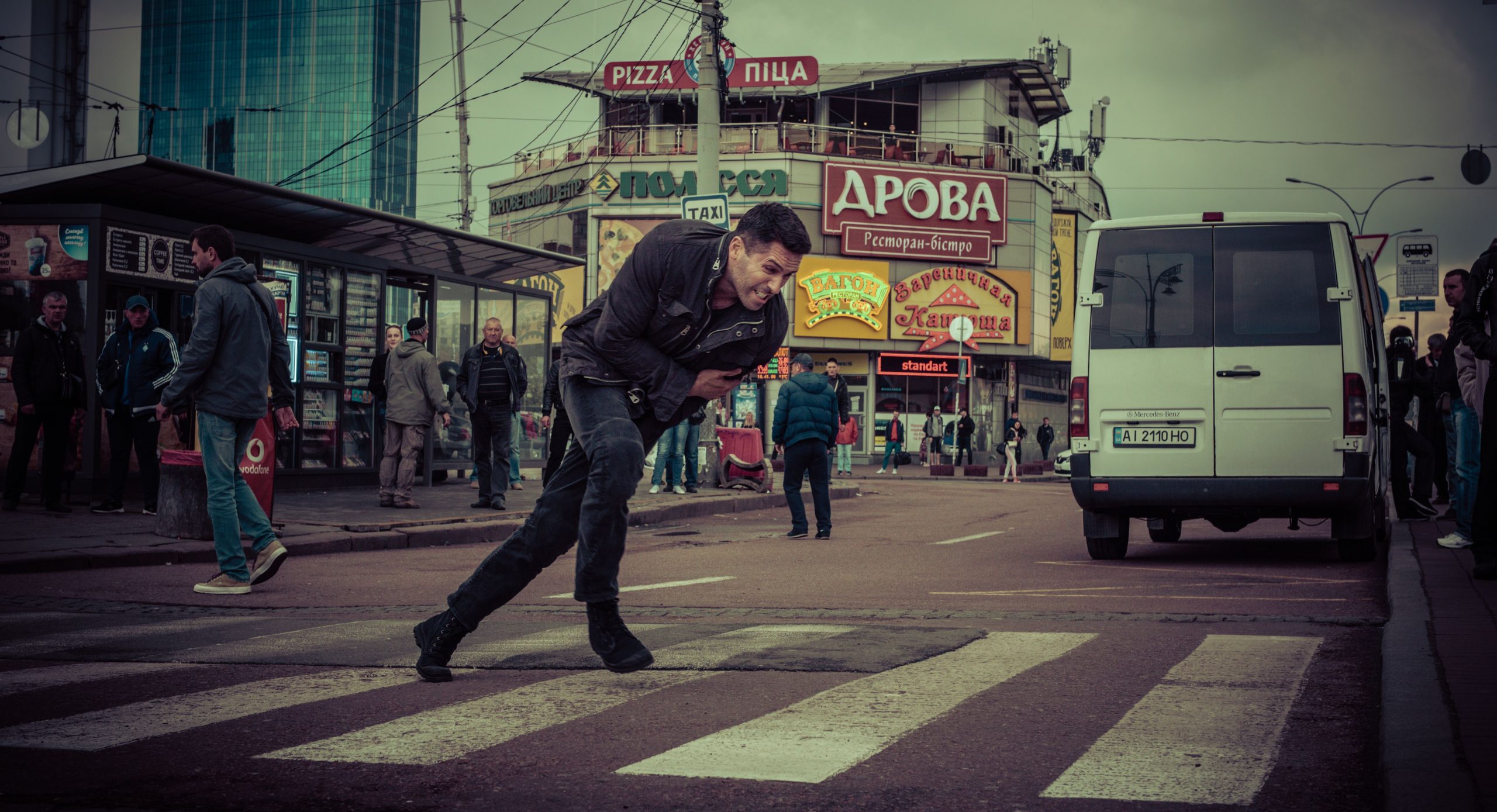 Are there any issues? Unfortunately, yes. The ending, or endings, leave you a bit perplexed.

*SPOILERS* Ok, here’s the lowdown: Martin’s daughter Lisa is kidnapped by Russian agents, and he has 24 hours to hand over a disc that contains top secret files or they will kill her. Helping him obtain the files is Sacha, the daughter of a Russian journalist, who Martin knew. She wants to expose the corruption and needs the files to do so. After they obtain the disc, they have an exchange on a bridge: Lisa for the files. A shootout ensues. Sacha escapes with the files, Russian agents get killed, and Martin is gunned down.

We then cut to Martin, who has survived but is in really bad shape, in a rusty prison cell, where presumably he’s being kept as revenge for the files getting out, as well as to protect certain agencies’ secrets. After visiting, then reconciling with Martin, Lisa then explains to Trevor ( CIA agent who has been chasing Martin all movie) that she is in possession of top secret information that will be sent to “the right people” in the event something happens to her or Martin.

Cut to: After Sacha gives a speech on a news platform after she has exposed the files and the corruption, we see Lisa at a private school with Martin working the dining area, now released and fully recovered from his injuries. At night time, we see Sacha arrive at the door of Martin’s living quarters. She knocks, he opens the door, and after getting over his surprise, invites her in. Unfortunately, we see that Sacha has been followed by Russian agents, who are undoubtedly very angry about her exposé, and probably with Martin as well. A Russian official then gives the go ahead, and the agents to go after them. Fade to black.

Seriously, this movie ends like 5 times, and the one they picked to go out on was the worst one. It’s a bit of a cliffhanger, and I hate cliffhanger endings. I always say, never put the cart before the horse, and that’s exactly what they do here. It is what it is.

But other than that, I thought this movie was great, and the perfect example of why Scott Adkins should be headlining big budget Hollywood action movies. Hollywood producers, please take notice. This is who we want in our blockbusters. We want Scott Adkins. And we are not going to shut up about it until he’s in them.