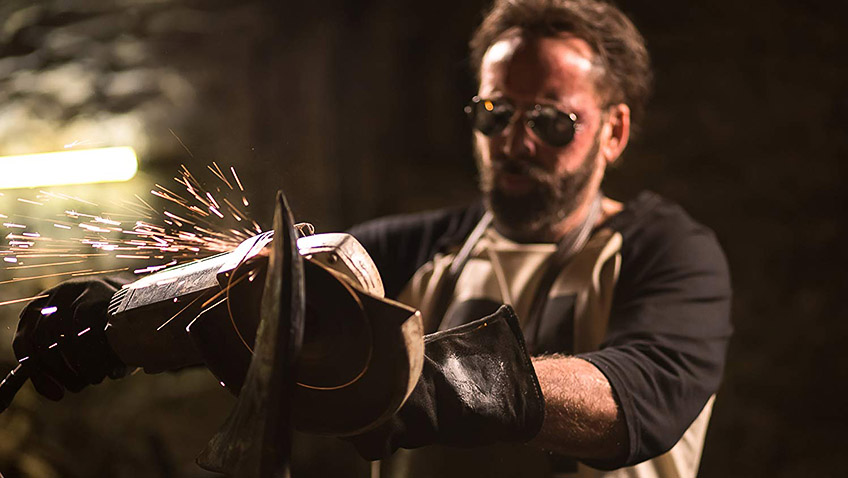 A look at the best hybrid action/horror genre flicks of the past 20 years! 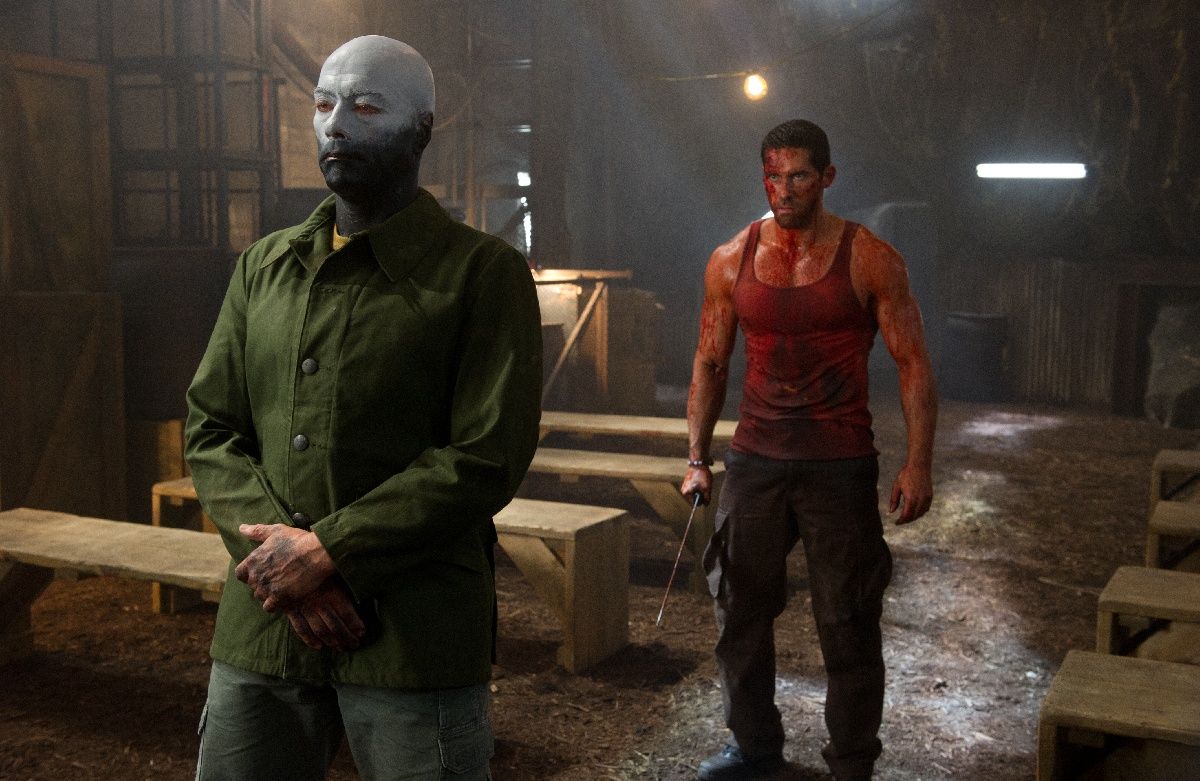 Action-horror is experiencing a renaissance and long may its ghostly light shine down on us all. Evolving from the blood-soaked cop thrillers of the 1990s, action-horror in the 21st century explores more diverse themes such as religion, veterans’ issues, and encroaching big tech. Reinvigorated with some new blood behind the camera, action-horror kicks into overdrive with impressive visuals, substantive storytelling, and brutally innovative action sequences.

So what makes action-horror its own thing and how are these types of films different from their component genres? The connective tissue in the movies I’m highlighting is that the protagonist(s) fights back against the threat in all three acts of the screenplay. Horror movie leads tend to be helpless victims struggling to survive the slasher/demon/monster’s onslaught throughout 75-90% of the runtime. During the final showdown, the characters left standing summon their remaining strength to escape or push back enough to end the nightmare.

The good guys in action-horror might get thrown off at first but they are constantly finding new ways to kick monster ass and protect those in their care. The leads are still allowed to be afraid and become squeamish at the sight of ruthless carnage but they are packing heat and ready to rumble, come what may.

The modern action-horror films below feature no-nonsense characters who have paid their dues and won’t lay down for anyone unless a weaselly tech nerd shuts off their mobility through an AI microchip implant. Here are at least six must-watch movies that perfectly balance the terror and suspense with the shoot-outs and bare-knuckled beat downs.

The 2000s started off strong for action-horror but leave it to the limeys to steal our thunder. Dog Soldiers has to be the most effective genre mash-up for the budget from the last 25 years. With its perfect blend of werewolf lore and underdog daring, this sleeper hit has rightfully developed a cult following for both action and horror fans on both sides of the Atlantic.

A rag-tag platoon of reservists are dropped into the wrong side of the 100-acre wood for a routine training exercise. Instead of pooh bears and tiggers, they find werewolves and betrayal. Dog Soldiers expertly stitches together Predator and Evil Dead II with impressive gun battles and a last stand in a spooky old house in the woods. Working with a shoestring budget, Director Neil Marshall stretched every dollar to deliver a bloody, yet character-grounded, shoot ‘em up. Those beasties better think twice before pre-empting the footie match on the telly (recommend turning on subtitles for this one).

Legion is one of those movies that randomly show up on Prime Video that you vaguely remember seeing a trailer for at the time but never got around to watching. Well next time it shows up during your nightly scroll for entertainment, give your thumb a rest and just hit play. This schlocktacular masterpiece shares quite a few strands of DNA with a previous action-horror entry, From Dusk Till Dawn (1996).

Somehow Paul Bettany, Dennis Quaid, Charles Dutton, and the rest of the cast manage to play it straight despite the ridiculous story and wild demon battles, one of which involves an impressive use of a flamethrower against a ghoulish horde. Paul Bettany’s Michael is an angel hell-bent on protecting man’s last chance for survival on Earth.

The unborn savior’s mother is just trying to get some relief at a dusty old truck stop alongside a lonely road. Before you know it, God calls forth an army to wipe out the human race but first, he sends a bloodthirsty, wall-climbing granny into the diner to commence the apocalypse. Yes, God is the bad guy and little old ladies aren’t always to be trusted.

No, it doesn’t have to make a lick of sense but the filmmakers do a decent job of stringing together some mesmerizing action sequences with fun character designs and a fantasy flair. It’s a fanciful tale of survival and roasted demon guts splattering all over the desert sand.

I was vaguely familiar with the immediate sequels to the 1992 action-scifi classic but I wasn’t prepared for what director John Hyams was doing with the franchise in more modern times. After seeing some positive feedback on social media from some trusted action buffs, I decided to get reacquainted with Luc Deveraux and Sgt. Scott; maybe see what they’ve been up to all these years.

Well at least the two arch-rivals seem to be on friendly terms but that’s about the only thing that’s uplifting in this gritty and horrifying DTV tour-de-force. Hyams keeps his camera on the action and particularly the gore. All too often in modern DTV action, we get rapid-fire editing, cutaways, and brief glimpses of brutality but this guy wants to make sure you see bullets ripping through flesh.

US:DoR is a singular work of action-horror, with an undercurrent of social commentary, showcasing Scott Adkins’ acting abilities as he kicks his way through wayward UniSols. This undervalued, carnival of carnage also features: coping with profound grief, losing and regaining one’s humanity, struggling to sift through broken memories, and succumbing to one’s base instincts. The film’s substance and humanity make it one of the riskiest narratives on the list.

Whether intentional or not, Hyams also seems to comment on long-running franchises that just need to die. The old UniSols have nothing else to live for other than dulling the senses with booze, sex, and violence along with Sgt. Scott’s occasional rousing platitudes. Neither dead nor truly alive, they’re tired, directionless, and have nowhere else to go but to self destruct.

This is the most fascinating and affecting film on this action-horror survey that mashes genres into an unrecognizable yet satisfying pulp. Taking place in the near future, Grey Trace is left for dead after he and his wife are mercilessly taken down during a roadside ambush. His wife dies and Trace survives as a quadriplegic with his chair and a fully automated home to care for him throughout his remaining days. A tech-savvy whiz kid offers to help get him back on his feet and regain his mobility but at what cost?

Upgrade dials the revenge action-thriller way past eleven to deliver a beautifully composed film with a heart and soul. Although the narrative gets a bit out of hand in the third act, the characters and action set pieces draw you into a world that requires further exploration. Luckily, the director Leigh Wannell is making an Upgrade TV series as I write this (along with an Escape from New York reboot?!).

The central theme is man’s reliance on technology to the point of surrendering one’s humanity entirely in return for escapism and comfort. Wannell crafts a pulse-pounding, expressionist thriller with a tragic character that also includes bad guys with shotguns built into their arms. The mix of high- and low-brow entertainment confuses and excites us at the same time. So, basically, it’s the cinematic equivalent to Allison Cooper’s “I’m Eighteen.”

Here’s where we go a bit avant-garde and really explore the genre. Mandy is a colorfully trippy revenge story about a man, a not-so-well-endowed cult leader, and a biker gang of drugged-up mutants. Eight years after his directorial debut with the experimental Beyond the Black Rainbow, Panos Cosmatos decided to jump back into the game with his overpowered color-grading software and a wild and wooly Nicolas Cage leading the charge.

If you recognize the Cosmatos name, Panos’ father is George Cosmatos. He directed such ultimate action movies as Rambo II, Cobra, Tombstone, and Leviathan. Naturally, the “Son of Cobra” would don the action-horror mantle and produce an indie feature with a nod to the 80s and a vision for the genre’s future.

This freaky feature drops all of the acid without skimping on the axe-plunging mayhem. Cage transforms into an unstoppable force of vengeance after his wife is kidnapped, tortured, and burned alive in front of his eyes. He forges his own axe, which is one of the more badass weapons created for modern cinema, then takes us along for the gory ride.

The 2010s ended with another sleeper hit for action-horror. VFW and Mandy make an excellent pairing for a full night of high-octane chaos. Some old war buddies get together at their VFW post/watering hole to blow off some steam while a neighboring drug lord fuels his army of zombie junkies to track down a young woman who stole his stash. That’s all the plot you need for this delightful, Fangoria-produced gore fest.

And look at that cast list! William Sadler, Stephen Lang, Fred Williamson, Martin Kove, David Patrick Kelly, and even George Wendt stops by to round out this ensemble of crusty 80s movie veterans. Along with some new recruits, they hold off wave after wave of mindless addicts with whatever weapons they can find or create with the materials available. It’s a gritty, and grainy, take on zombie/slasher movies with a high kill count and breakneck pacing.

Both The Guest and Constantine deserve special recognition for their admirable action scenes and genre-bending styles. The Guest plays out like a traditional horror-thriller and Constantine is more aligned with a dark comic book movie in the same vein as Spawn and The Crow. Still, The Guest sprinkles in some fantastic fights, dual-fisted grenade throws, and a machine-gun shootout to please any 80s action fan. A flame-throwing crossbow gun and impressive visual effects highlight Constantine’s demon-busting, brass-knuckled escapades through the underworld.

These titles are hard to come by on most streaming services but you can rent or buy them through Prime Video or scrounge around the Walmart $5 dollar bin (that’s where I found Mandy). Universal Soldier: Day of Reckoning is available on Crackle, Plex, and Pluto TV. You can find Legion on NBC’s app along with SyFy’s and Bravo Now’s service. The Guest has found a home on Netflix and Constantine is up on HBO Max. What a better time than now to start building an action-horror library and re-stocking your watch lists as the days grow shorter and a chill starts creeping through the night air. Oh hell, I’m just ready for a kick-ass Halloween watch party! 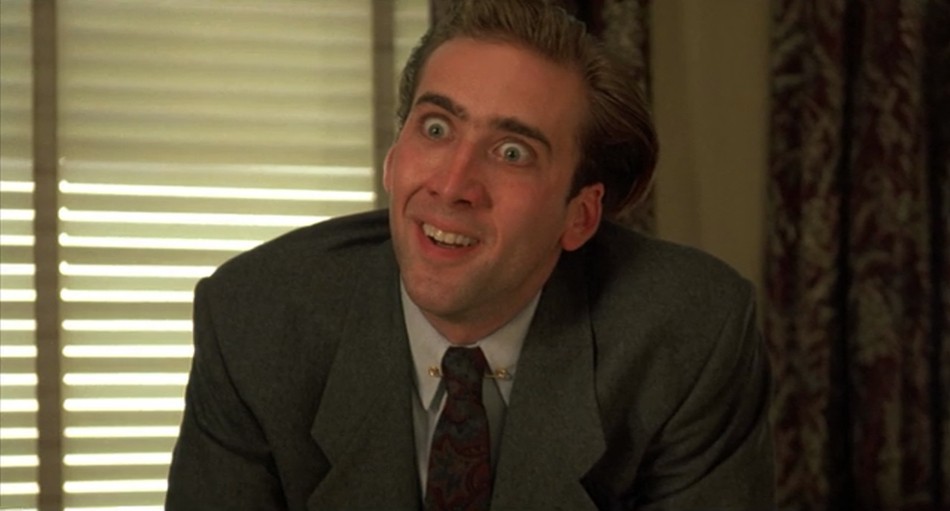