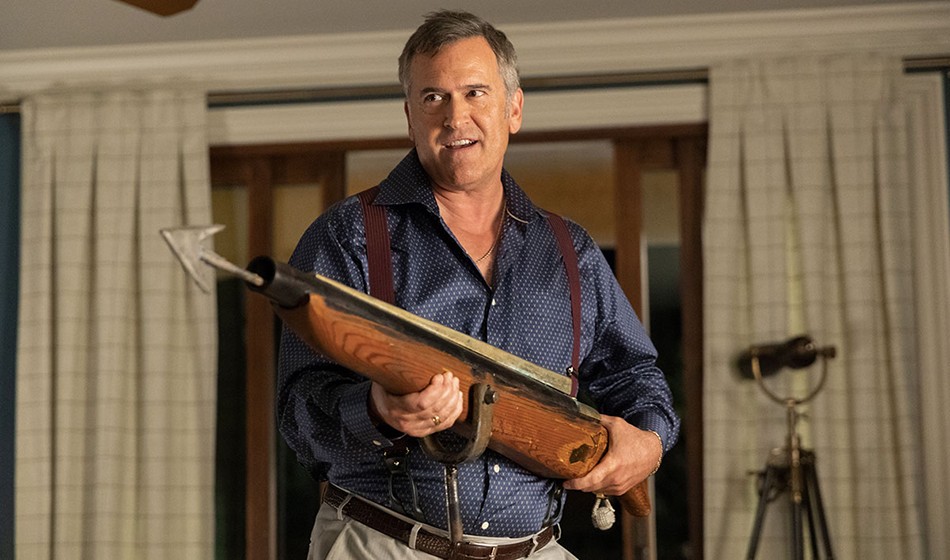 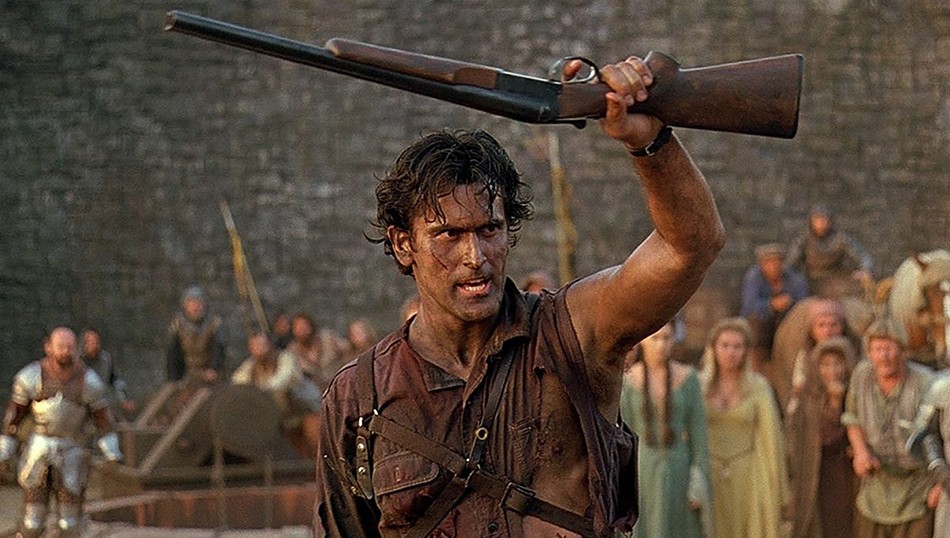 Is there any actor more charismatic than Bruce Campbell? His chin is a legend in its own right. If you wanted one man to narrate your life, it wouldn’t be Morgan Freeman, who usually comes to mind right away, you’d want Bruce Campbell. He’d add some flare, humor, and sex appeal to even the dullest of stories.

It’s surprising that most don’t recognize Bruce Campbell as an action hero. Everyone thinks of Arnold Schwarzenegger, Sly Stallone, Jean Claude Van-Damme, Chuck Norris, and Steven Seagal, but Bruce is rarely mentioned. What a shame. He belongs in that pantheon of action heroes and I’m officially recognizing his place there. Here’s why: 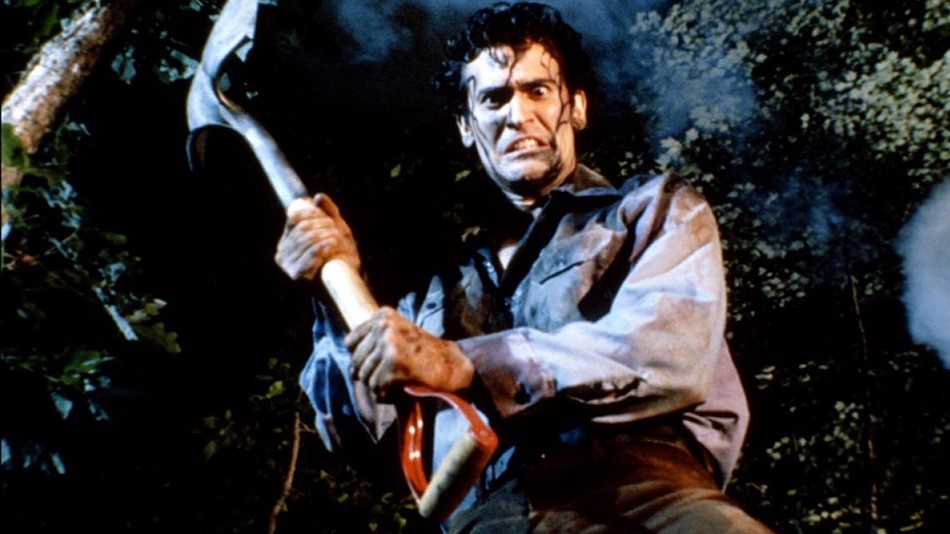 When the franchise started it was a groundbreaking horror film. The story was simple enough; Ash (played by Campbell) accidentally unleashes demon spirits upon the world by reading from the Necronimicon. Those spirits attack his friends and girlfriend while they are in a cabin in the middle of the woods. Only Ash survives the film.

As the franchise continued the films took on action-comedy qualities. Evil Dead 2 was still firmly in the horror genre, though there were some action elements (like when Ash cuts off his hand and attaches a chainsaw to his arm). With the third film, Army of Darkness, the change was officially made. Although there were moments of terror, the film was an action-comedy cult classic. There were many memorable action-packed, comedic, and horrific moments, but the most memorable element of the film is perhaps when Ash refers to his shotgun as a boom-stick to a group of medieval knights and then uses it to blow off a demon’s head.

Fans of the franchise were pleased with franchise’s TV series, Ash vs. The Evil Dead, which aired over two decades after Army of Darkness was released. This series masterfully combined action, comedy, and horror in ways that no other series or film ever had or probably ever will. It’s a tricky combination masterfully executed in this series. Though it only lasted three seasons, it’s easily one of the most ultimate action series ever produced.

Other TV Shows and Films 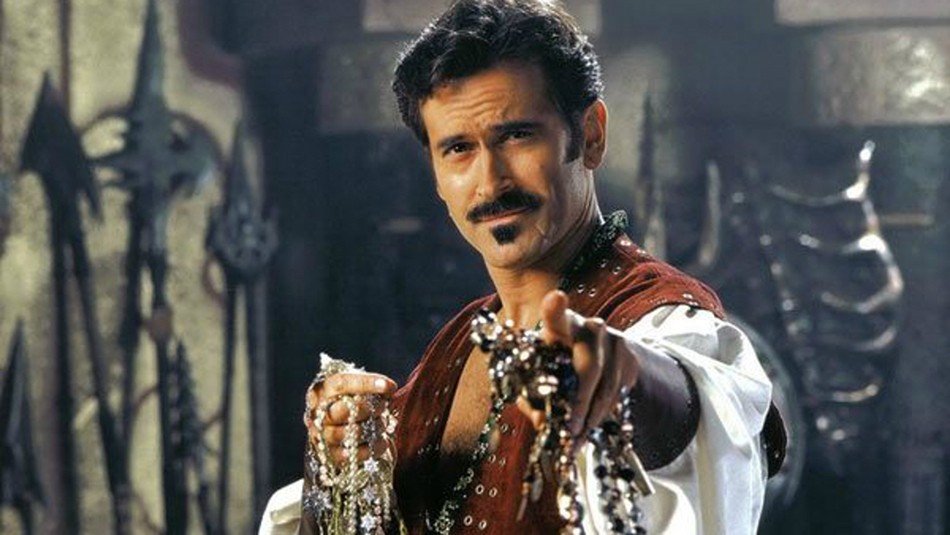 In the mid-90s Campbell played the same character, Autolycus, across two shows; Hercules: The Legendary Journeys and Xena: Warrior Princess. Both series, set in ancient Greece, featured action-packed scenes of man vs mythical beast and man (or woman) vs warlord. Campbell brought a fair amount of action to an already action-packed series, but his chief contributions were charisma and comedy.

When both of those series ended, Campbell took the leading role in his own short-lived series, Jack of All Trades. They paired him with gorgeous women to provide some sexual tension, game him some run-of-the-mill plots, and let his personality steal the show. It was great action series that was fun while it lasted. If his TV action cred wasn’t enough with just that, he was also in 111 episodes of Burn Notice, stealing the show from the protagonist while playing his best friend.

Campbell has done many smaller roles in action films. He was in Congo, Escape from L.A., Spider-Man, Icebreaker, McHale’s Navy, Darkman, etc. Whenever a movie needs to add some style, make the film more entertaining, grab a laugh, or turn up the charm Campbell steps-in to fill the void.

While he may not have many action franchises attached to his name, he is enjoyed by anyone who sees him on the screen. And when people do see him, he’s usually blasting somethings head off, cracking a sly joke, or sweeping some sexy damsel off her feet. For those reasons he is officially recognized as an ultimate action movie hero.


Read more from Jared at Legends of Men (www.legendsofmen.com).

Are you down to sign the petition to officially make Bruce Campbell an UAMC action hero? Let us know your thoughts in the comments or on our Facebook page!

The Carpenter Series Part 5: America Becomes a Horror Movie in...