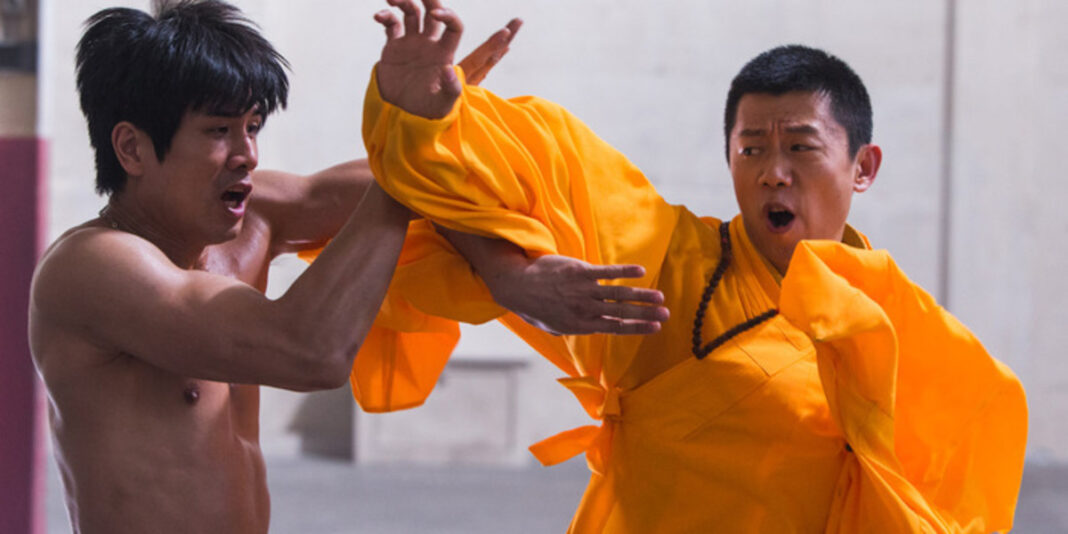 Like Teddy Roosevelt, Elvis Presley, and Marilyn Monroe, Bruce Lee created a history for himself that still goes unweathered by the passage of time. The late actor and martial artist left us almost fifty years ago, but Lee’s catalog of movie and video game appearances continue -even if he’s represented onscreen by other actors and virtual likenesses.

The upcoming half-century anniversary of Lee’s passing looks likely to be a special one, not least because the Chinese-American artist will make a return to the screen in two upcoming movies. These movies are Bruce the Challenge and an eponymous Malayalam-language title due out in October 2021. While we wait for those updates to Bruce’s filmography, let’s take a look at the actors and digital appearances that have helped Bruce Lee’s legacy last into the new decade.

Birth of the Dragon

In the public’s collective mind, Bruce is perhaps best known for his superhuman speed, a trait that has spawned all sorts of legends about the martial artist. For instance, Lee could reportedly snatch a coin from an open palm and replace it with another one before the volunteer could close their first. This stunt has become the ultimate party trick over the years. Author Keith Pascal even wrote a how-to book featuring it in 2006.

However, Lee’s ability to teach his trade to others is arguably the most compelling aspect of this ordinary superhero’s life. Due to demand, Bruce charged up to $275 per hour for one-on-one tuition, infamously teaching all-comers, a decision that forced a duel with the more traditional Wong Jack-man in 1964. The fight was immortalized years later in the George Nolfi-directed movie, Birth of the Dragon (2018).

Lee’s experience with Wong Jack-man eventually led to the retirement of his personal Jun Fan Gung Fu martial art, which he felt was too rigid. His amended Jeet Kune Do style became as much a school of philosophy as a means of self-defense, and he would eventually come to teach the ‘Way of the Intercepting Fist’ to many popular movie stars of the day. These stars included Kareem Abdul-Jabbar, James Coburn, Steve McQueen, and Dean Martin.

Bruce Lee’s movie career took a turn for the strange after his passing in 1973, with the arrival of the ‘Bruceploitation’ genre of movies in several Asian countries, such as Hong Kong, South Korea, and Taiwan. Bruceploitation films were usually low-quality, low-budget titles that featured a lookalike of the real martial artist. A feature on Bruceploitation by movie website ScreenRant notes that one of these actors was former Lee stuntman, Jackie Chan.

Bruceploitation died out quickly due to the continuing evolution and popularity of mainstream martial arts movies, which now held the West rapt too. Chan’s legendary film career would begin in 1978, for instance, while Jet Li’s film career would start with 1982’s Shaolin Temple. As we’ve already hinted at, though, other actors would continue to portray Lee well into the second decade of the 21st century.

One of the more high-profile of Lee’s posthumous inclusions is in Quentin Tarantino’s Once Upon a Time in Hollywood, in which American actor Mike Moh plays a rambling, monologuing caricature of Lee. The China Morning Post pointed to his rapid loss to Brad Pitt’s character as one of the highlights (or lowlights, depending on your perspective) of this controversial depiction of the famous martial artist.

Of course, today, entertainment is more than movies. All fighting games owe their existence to Bruce Lee movies, in the opinion of gaming site Polygon. While that might sound a mite dramatic, Lee’s first appearance in a video game predates the likes of Street Fighter, Tekken, and Mortal Kombat by three years. In fact, his first game was called, simply, Bruce Lee. It was released on the Atari 8-bit in 1984.

A distinctly more modern take on Bruce involves the entertainment website Betway, which carries, amongst other action titles, a slot game dedicated to the actor, inspired by his martial arts works in the seventies. This game’s presence on such a mainstream site speaks volumes about Lee’s enduring popularity in modern entertainment. However, one of the more notorious of Lee’s likenesses in digital media is Tekken’s Marshall Law. The character possesses all of Bruce’s mannerisms, including his stance, voice, and the yellow jumpsuit he wore in 1972’s Game of Death.

Born in the year and the hour of the dragon, Bruce Lee’s phenomenal ability and subsequent legacy seem almost divinely planned. While some of the dedicated content released after his passing is questionable, his continuing presence in media is nevertheless a testament to Lee’s influence and popularity in life.