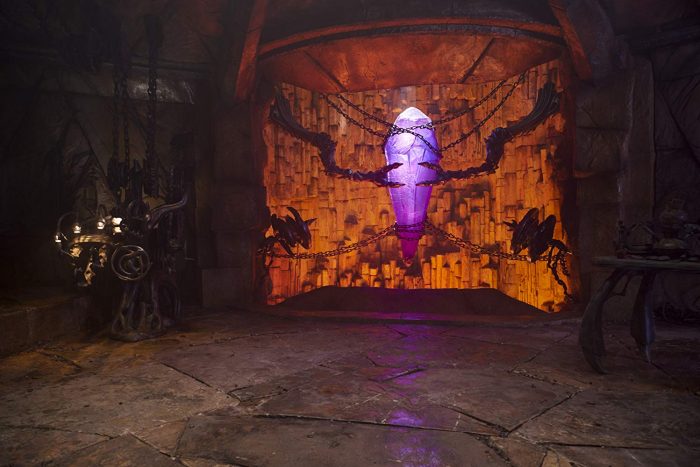 It’s no secret that the film industry uses a wide-ranging selection of different concepts as plot devices. These storytelling components play a pivotal role in advancing on-screen stories by establishing the desired narrative. Over the years, crystals and gems have been at the forefront of numerous movies, as evident from the Sankara Stones in the 1984 film, Indiana Jones and the Temple of Doom. So, let’s consider how the movie sector uses these elements as plot devices.

Is the Theme Exclusive to Film?

Two years before Indiana Jones and the Temple of Doom’s release, Frank Oz and Jim Henson created The Dark Crystal. The 1982 film saw Henson’s character, Jen, search for shards of a magical crystal across the planet Thra. It’s a testament to the film’s popularity that it transitioned into the gaming sector in the same year with The Dark Crystal, a graphical adventure title. In 2019, BonusXP developed The Dark Crystal: Age of Resistance Tactics, which is a tactical role-playing game centered around Gelfing’s resistance. Furthermore, Netflix released The Dark Crystal: Age of Resistance television series in August 2019, showcasing that crystal and gem plot devices aren’t exclusive to movies.

From a gaming standpoint, The Dark Crystal: Age of Resistance Tactics isn’t the only crystal-themed offering on the market. It speaks volumes about the plot device’s versatility that it has also inspired several online casino developments, such as the Gemix Slot game. The seven-reel Play’n Go creation uses traditional gem-inspired imagery to create an immersive visual experience. Furthermore, they also set the tone for the title’s other components, including the Wizard’s World Wilds. Like in The Dark Crystal, Play’n Go uses gems to establish an underlying theme that gives rise to intriguing subplots.

Used in Big-Screen Productions as a Magical Concept

According to Masterclass, there are several ways to use crystals and gems as plot devices. Firstly, they can act as a plot coupon, meaning that their importance grows throughout the story before becoming critical at the end. Furthermore, they can also contribute to a MacGuffin plot, which uses objects merely as a means of progressing the story, with their involvement as objects being largely insignificant.

However, as seen in the Marvel Cinematic Universe, gems can also inspire a quest. Take Thanos, for example. Throughout Avengers: Infinity War, the character sets out to collect the six powerful Infinity Stones. Because of the stones’ power, it highlights how the film sector uses gems. Predominantly, they serve a mythical purpose, as opposed to being central to heist-driven stories.

As touched on above, Indiana Jones helped bring these plot devices to the forefront during the mid-1980s. Since then, the franchise continued to use gems. It speaks volumes about the importance of crystals in the film industry that Steven Spielberg’s Indiana Jones and the Kingdom of the Crystal Skull set a new world record for the highest box-office gross for a screenwriter in 2015.

There can be no doubt that crystals and gems aren’t only a plot device within the film sector, but they’re now also an area of focus throughout various entertainment streams. The theme has recently reached new heights within gaming and television, and it’s unlikely that it will begin to fizzle out any time soon. Furthermore, after Marvel’s success with the Infinity Stones, the concept is arguably more popular than ever.