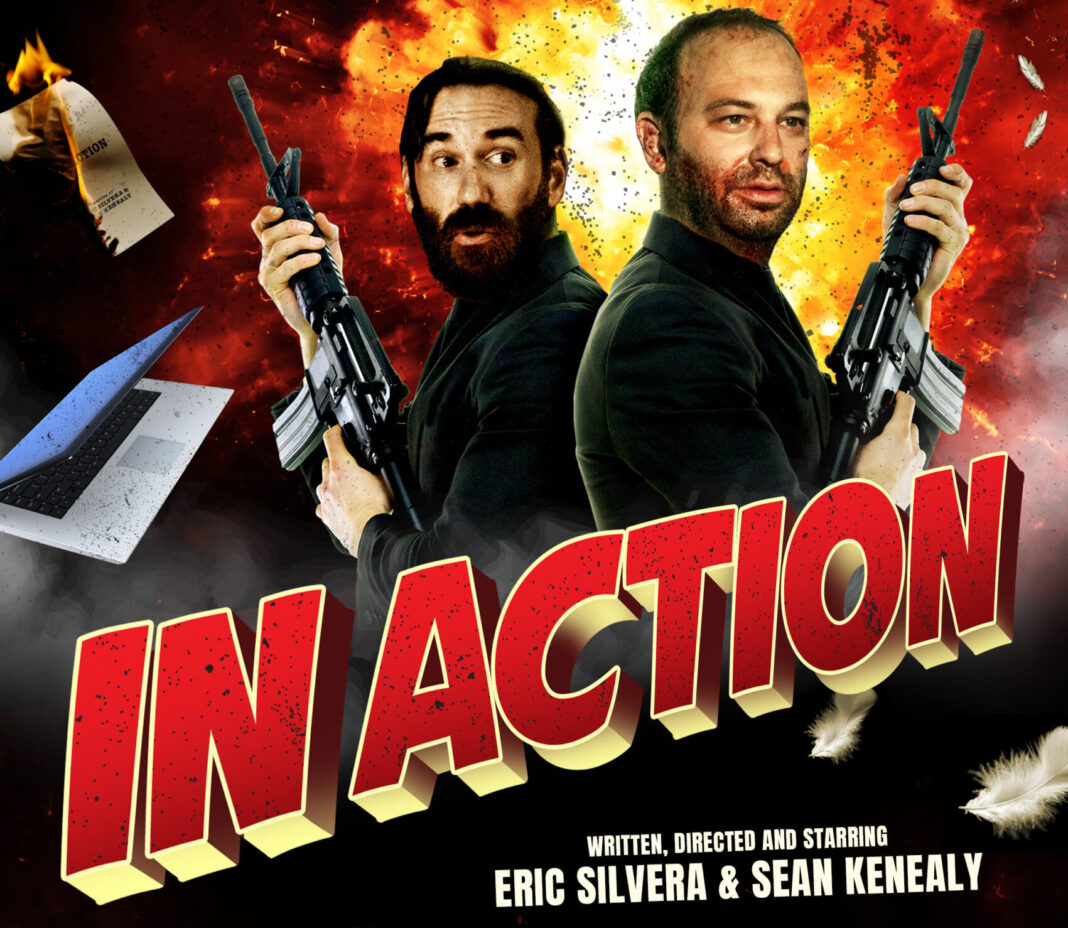 A self-help guide on how to kick ass your way out of an action movie of your own creation. 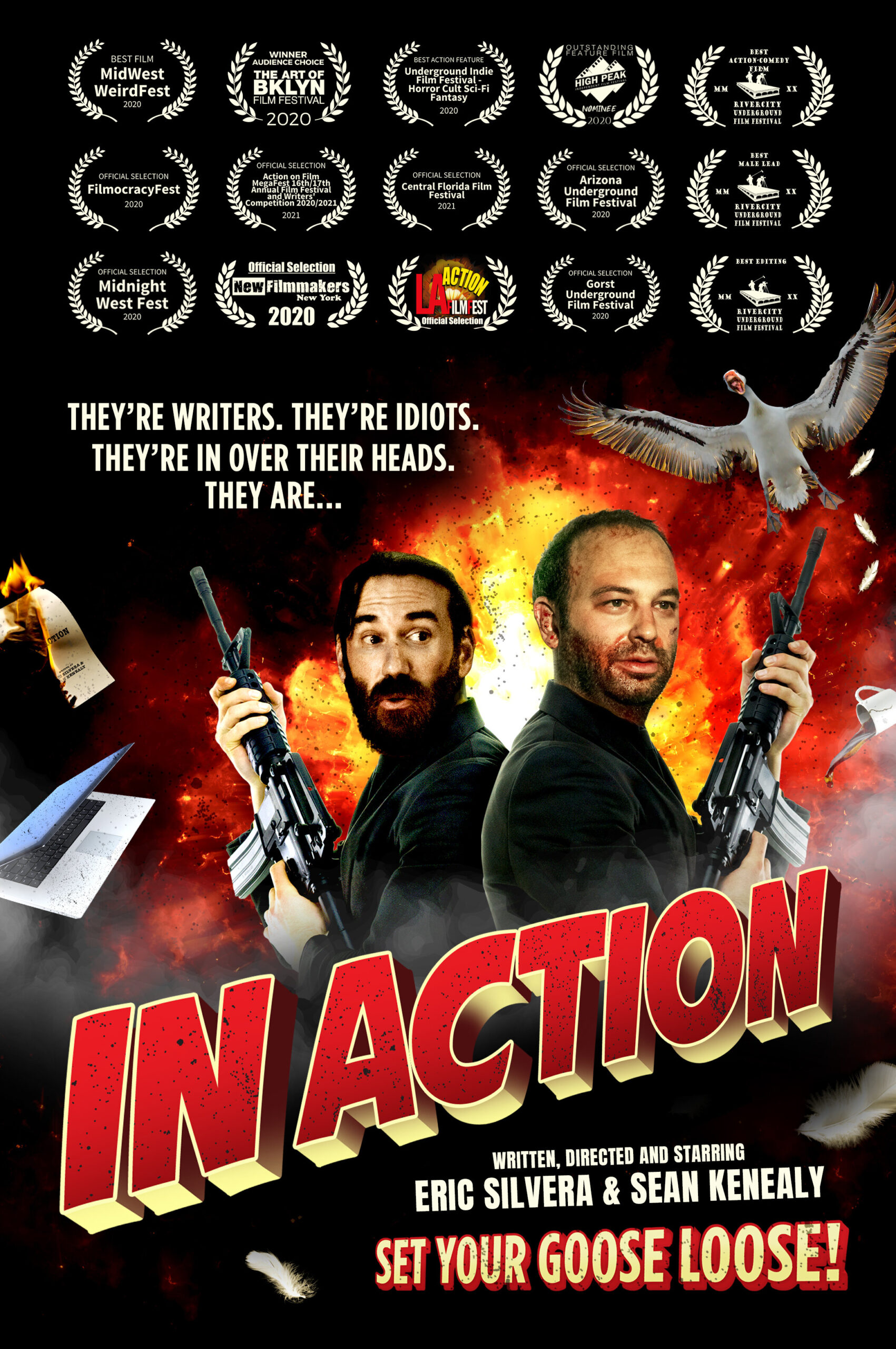 When one spends a lot of time watching and discussing action movies (you know, as one does when you run an action movie blog), the inevitable thought creeps into your head – what would I do if I were in an action movie?

You know, like what if I were a retired John Matrix trying to live peacefully in a cabin in the woods and my daughter gets kidnapped by chainmail mercenaries? Or what if I’m going to visit my wife for a swanky office Christmas party in Nakatomi Plaza and German radicals take everyone hostage?

What would you ACTUALLY do? Thankfully, none of the horrific, yet often comical plot points have come up in real life (yet), but I recently came across a movie which explores this very subject. The story is called In Action, and it’s story of two bumbling screenwriters who, while drafting their next action flick, are swept up in an ultimate action plot of their own.

In Action was written, directed and stars Eric Silvera and Sean Kenealy as (I’m assuming) basically versions of themselves. 30-something aspiring screenwriters who have been swept up with normal life, however still yearn to tell that one great cinematic story. In Action follows the duo through their creative process as their love of action movies past fuels a narrative that grows wilder idea by idea.

It’s clear too that these dudes know their action, as 80s and 90s action movie references fly fast and often as the two banter incessantly from scene to scene. There’s plenty of references to Arnold, Bruce, Chuck and Seagal sprinkled throughout – as well as plenty of action movie innuendos and t-shirts to boot.

What really makes In Action interesting though is how it handles its own action. From a plot perspective, it hits all the notes just right. However, this isn’t a 100 million dollar blockbuster starring Arnold Schwarzenegger, and it’s not even a sub-million dollar DTV actioner starring Scott Adkins. It’s a true DIY indie which appears to be entirely shot from the clever arrangements of one apartment room in New York.

At every turn though, Eric and Sean (both the filmmakers and characters) find creative ways to tell a story which is full of action, intrigue and banter, but without any of the characteristic genre elements like fights, car chases or explosions. In many ways, it’s a very self-aware film that allows the viewer to imagine all your favorite action stunts and stars making cameos – but just barely off screen – as our leads share their fanboy reactions. 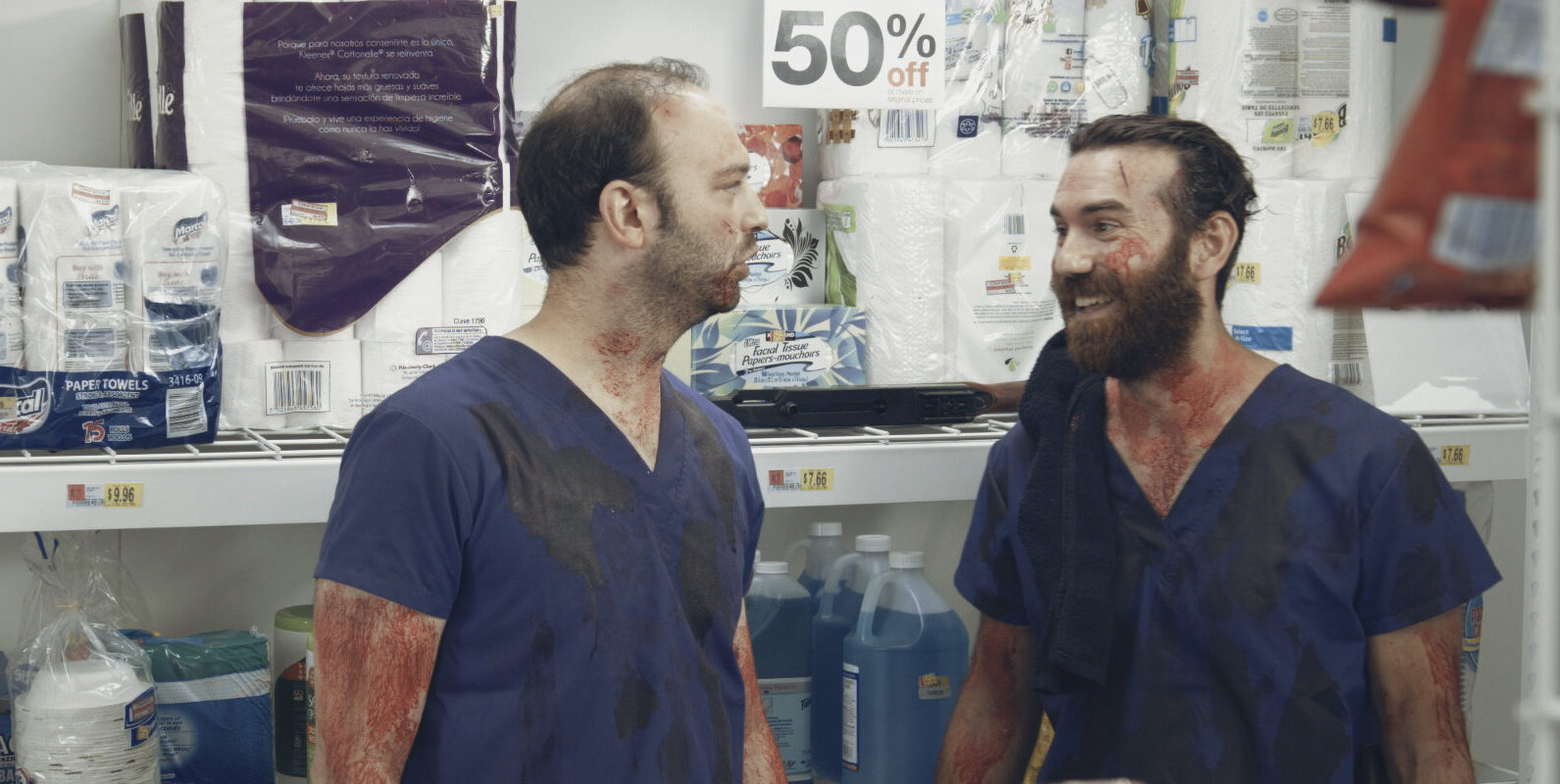 From an Ultimate Action Movie Club perspective, which is all about watchability and all those great over-the-top elements which one can cheer for on screen with friends and beer, the movie might lack the pyrotechnics but is loaded with action ethos. You feel yourself rooting for our action filmmakers-turned stars as they would for Chuck Norris or Van Damme.

And even without the big action, they do a surprisingly great job of working within their means to create scenes which look quite real and very cinematic. (For example, there’s a car chase scene which looks to be just the duo sitting together on folding chairs as if they were on an improv stage – but is filmed with so much motion and movement and fantastic sound design that it kinda, actually, really works.)

Ultimately, I would absolutely recommend In Action to both my filmmaking friends as well as my most die hard Die Hard aficionados. It comes from an earnest and heartfelt place which truly respects the action genre, and shows a masterful understanding of the plots, characters and tropes which make action so enjoyable. Honestly, if they were ever to remake the film with a bigger budget and a capable stunt crew, you might even get a damn action franchise out of it!

In Action is currently available for pre-order on iTunes and is set to release on May 11th, 2021. Check it out!