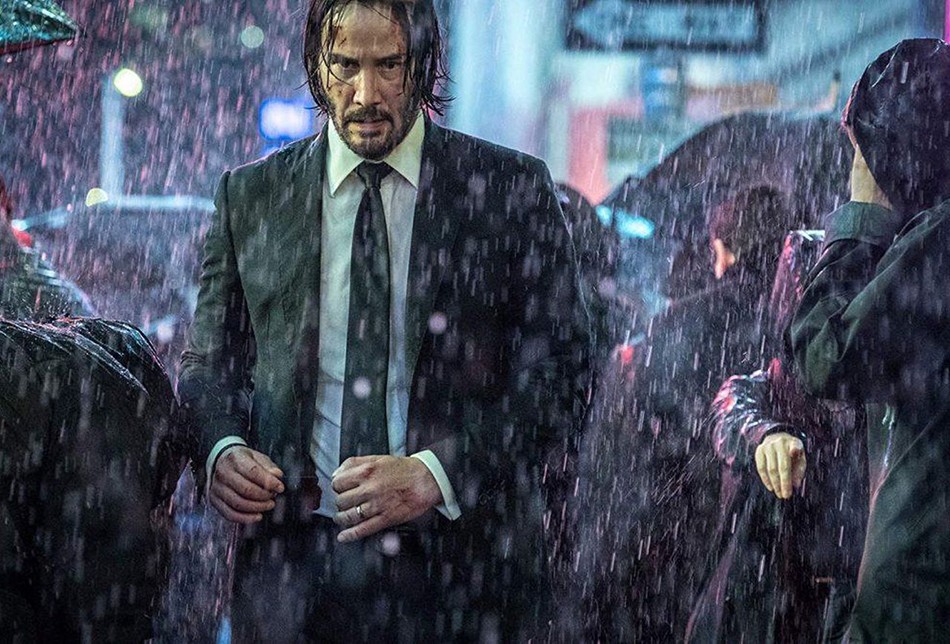 Apparently ‘Parabellum‘ is Latin for overblown?

2014’S John Wick was a pleasant surprise. And ticked all the boxes for a successful action movie – brutal shootouts, a cool lead character, excellent cinematography, pulsing music and slimy villains – but best of all, our hero wasn’t just a stone-faced killing machine. He had a cause. And it gave the movie heart beyond the bloodshed.

2017’s John Wick Chapter 2 expanded the universe created in the first film, brought in some interesting new characters and upped the action ante considerably. The movie’s open ending left us chomping at the bit for more, and promised the mother of all showdowns.

John Wick 3 SPOILERS beyond this point!!

John Wick Chapter 3 starts off less than an hour after the previous sequel finishes, and for a majority of its 130 minute run time, it succeeds at being a well-made, brilliantly realised action movie – but the conclusion of act 2, and pretty much all of act 3, take the character into territory I’m not sure he would really go into, and turns some compelling villains into living jokes. And in a desperate bid to make another sequel, the writers have constructed a ridiculous twist that is more insulting than thrilling and feels totally at odds with the character and the universe they have set up.

The good news is that Keanu Reeves has never been better, handling the razor-sharp action sequences, and there’s  A LOT, with dedication and balls. Keanu is completely committed to this character and it shows. As Stallone will always be Rambo, and Clint will always be Dirty Harry, Keanu will always be John Wick. Putting other so-called action stars to shame with his dizzying fight moves and authentic weapon skills, Reeves must be commended for his performance. This guy never gives anything less than 110 percent.

Who else is in John Wick 3? 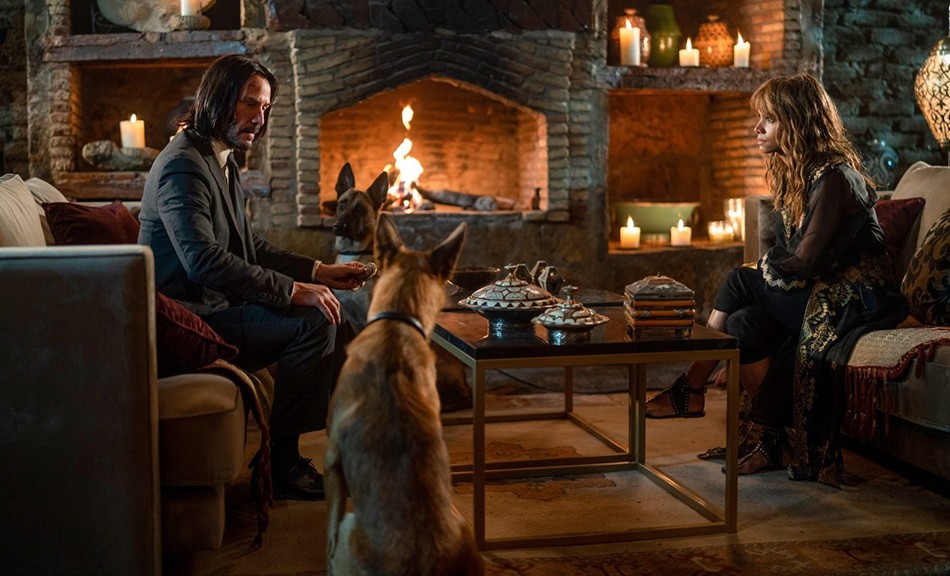 Ian McShane is suitably cool (as always) as the Continental manager, Winston, and he is given far more to do this time than previously, but as I mentioned earlier, the third act completely short-changes him and leaves him, and a couple of other characters, adrift at sea for the sake of dramatics.

Lance Reddick’s role as concierge, Charon is greatly expanded, like Winston’s, and he even gets in on some of the action – next to John. I liked these scenes and I welcome more of them. But again, the finale leaves him high and dry – maybe these issues will be resolved in Chapter 4, but it all seemed hideously contrived to me.

Laurence Fishburne’s Bowery King escapes such nonsense, and thanks to Fishburne’s deep, velvet voice and menacing delivery, he remains a powerful, mysterious figure.

New cast addition Halle Berry plays one of John’s old cohorts – and when it comes to their action scenes, Berry gives Reeves a run for his money, but her performance is borderline unsympathetic and cold. I get she’s pissed at John for past indiscretions, but we have to like her, and I’m not sure Berry pulled that part off. Her dogs, however, steal every scene they’re in – and need their own movie!

Asia Kate Dillon’s mysterious character, the Adjudicator, who works for the High Table, is another  misstep. Dillon looks cool, walks like a killer, and talks like a Wall Street broker, but she’s not very threatening – and for someone who sets most of the action into motion – that’s not good. She never feels like she can really do any harm to John or those he cares for.

Anjelica Huston turns up as someone I can only describe as the closest thing John has to family. Thankfully, Huston is such a professional, and can convey so much with a sneer, that she owns every scene she’s in, however brief.

Action favourite and legend, IMO, Mark Dacascos is the film’s main thorn in John’s side. Zero is a sushi chef by day, insanely skilled professional killer by night. In the years since the sensational Crying Freeman, Dacascos has not slowed down, or lost any physical prowess. He’s fast, lethal and lively, so it’s a shame when, like several other characters, his Zero is reduced to a punchline in the final act.

Directed by series regular Chad Stahelski, John Wick Chapter 3 is the best realised – sets, cinematography, lighting, pacing – of the franchise. The action sequences in this film for two thirds are insane and outrageous, and violent as hell, especially the motorcycle chase at the 90 minute mark. The fight choreography is breathlessly executed but in some places, it feels overly elaborate and staged, and that slows the film down, and makes a couple of the fights anti-climactic. A protracted throw down inside a glass high-rise between John and Zero never really reaches the highs it should, and the finale is strangely flat, thanks to the humor no one asked for.

The makers of JWC3 in an attempt to create a series, have forgone logic and artistic sensibility, and ignored their own world they so wonderfully made, to achieve this. Wick ceases to be Wick in the third act, and does something completely at odds with the character and the previous films. The set up for Chapter 4 feels ham-fisted and completely tacked-on. It is worth noting that creator and regular writer Derek Kolstadt was rewritten by several other writers on this film – and it shows!

I’m sure this movie will be greeted with open arms and will close with a hefty box-office take thanks to fans who just wanna see Wick kickass, but to me JW:C3 was a mixed bag. Most of the action scenes are jaw-dropping, and the whole production is grandly mounted, but the closing moments of the movie feel hollow, not authentic, and although the stakes have been raised, it has come at the expense of storytelling and character.

What are your thoughts on John Wick Chapter 3 – Parabellum? Let us know on our Facebook page!

Everything We Know So Far About The ‘Matrix 4’ Franchise Reboot