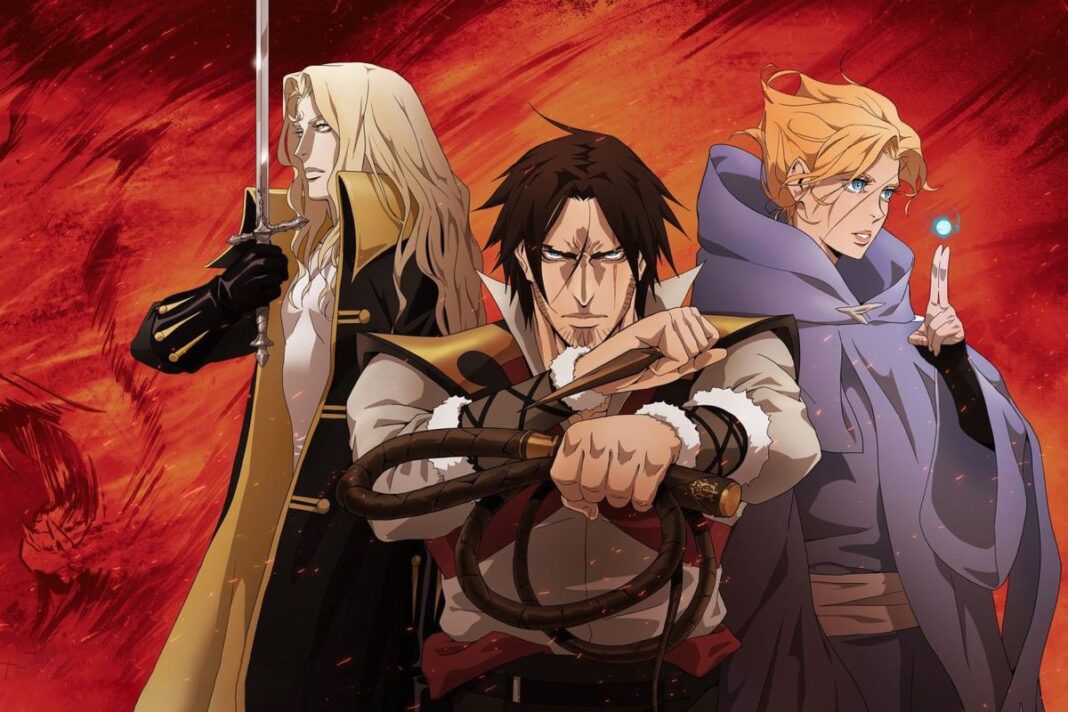 Looking back at how Netflix’s animated series mixed spectacle with shades of ultimate action. 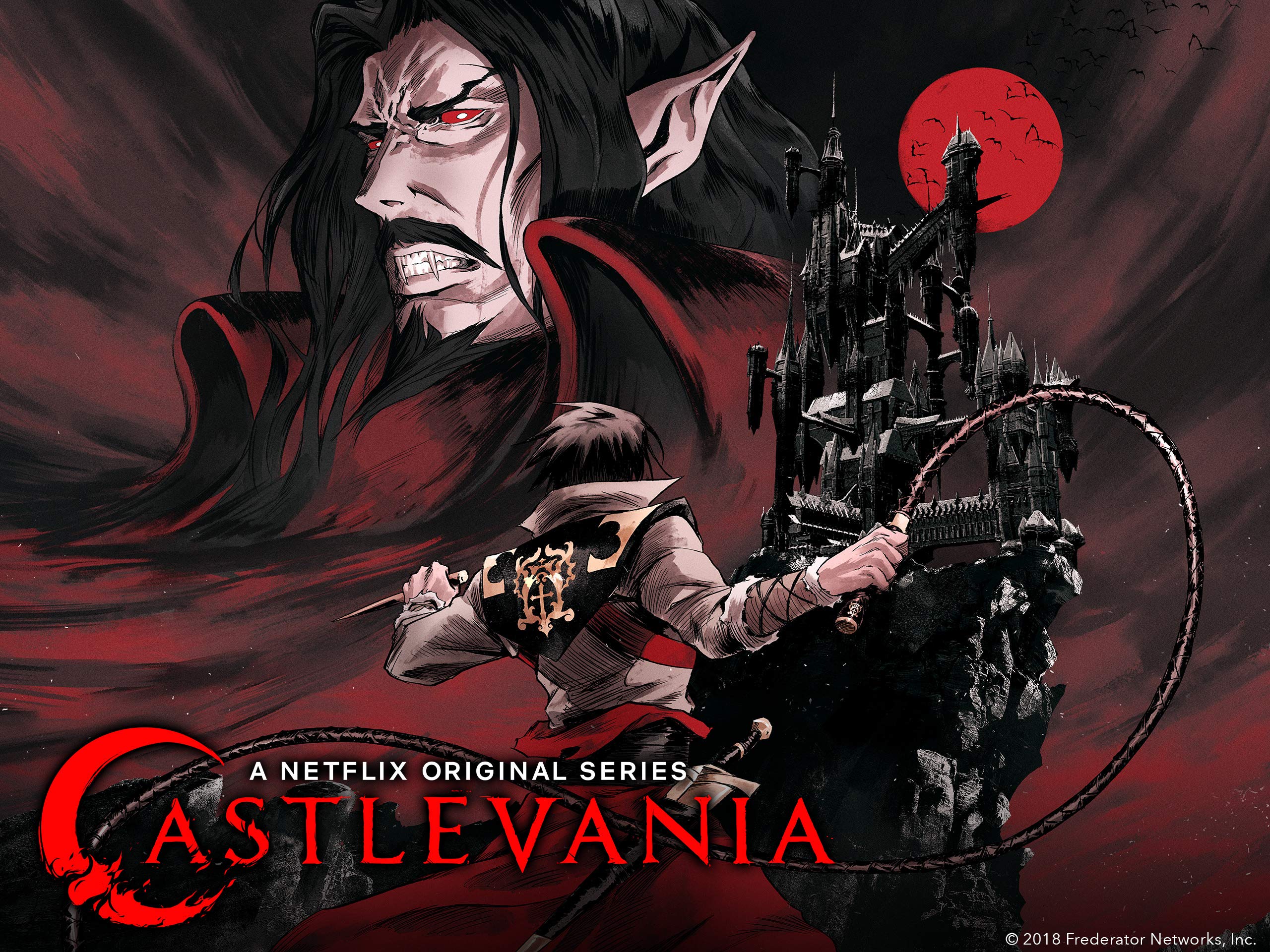 Warren Ellis’ original trilogy enthralled audiences. Its third season demonstrated the show could function outside of its original vision in so short a season. On the tail end of its fourth season, however, the show wavered between its anime action uber-violence and strong character writing. It attempted to write prestige television into an American anime-adaptation, and failed. This final season of Castlevania delivers on high spectacle and action like its previous seasons, but feels so unevenly paced it’s almost punishing to watch.

I’m a sucker for spectacle. Whether it’s the gonzo car action of the Fast and the Furious franchise or the skyscraper fist fights of Godzilla v. Kong I can’t say no. Castlevania delivers on spectacle. It revels in its graphic depictions of violence. The camera whirls and swings through high-flying sword fights and whips around with blasts of magic. The medium of animation gives its fight sequences limitless capabilities and the show utilizes that medium to its utmost potential.

Season four of Castlevania really doubles down on that spectacle with an artistic flair. Previous seasons of the show developed a knack for action. Every little trick and tactic of high quality anime fights were employed to maximum effect. This season upped the ante so much it bordered on artful abstraction. In one sequence Carmilla the vampire queen slaughters monster after monster until the blood on her floor forms a reflective pool. In an all out area attack the room explodes turning blood streaks against frames of white while Carmilla screams her agony into something wholly artful. When fights peak and villains go down screaming the animation reduces to squiggles and dots. It’s hypnotic and certainly conveys the over-the-top qualities of its fights.

The anime style really suits the show. Characters bound through armies of undead, practically teleporting, wending their way with a sword slicing limbs with effortless grace. The show draws strongly on Satoshi Kon’s seminal Cowboy Bebop and Berserk by dropping comedy into the gut-wrenching gore-filled brawls. Unfortunately season four leans into the hyperbolic qualities of anime. Its comedy comes across as jokes a teenager would think is funny.

The Unfortunate Morals of Being a Vampire 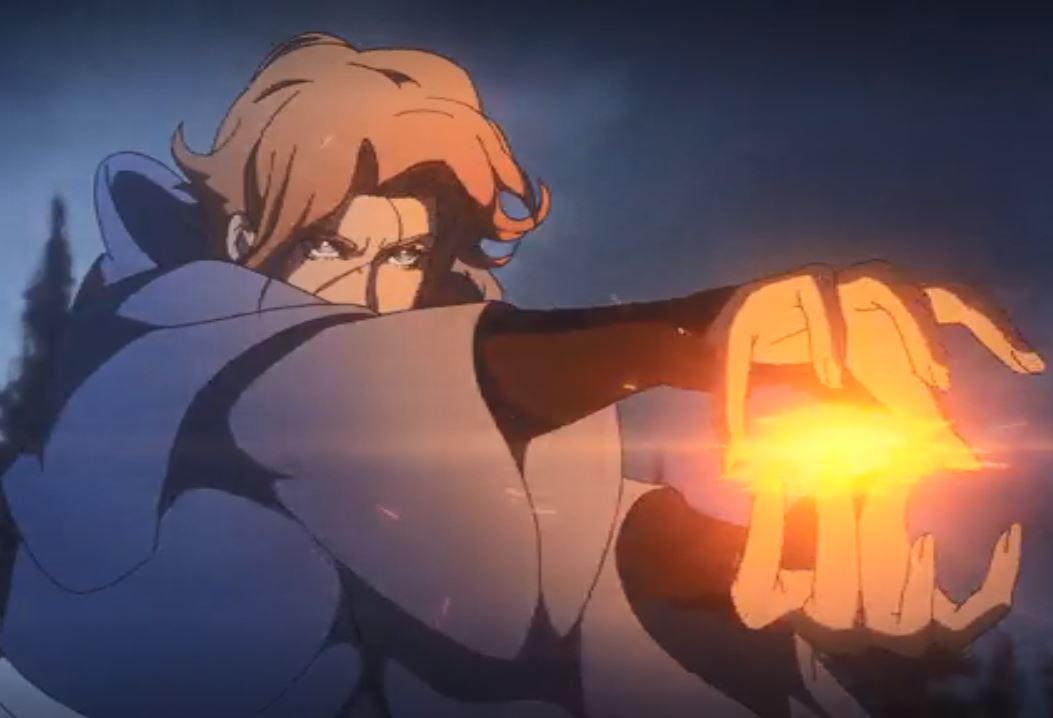 This final season’s sense of pacing is utterly atrocious for something with ten full episodes. The show easily bifurcates into two specific halves: big monster fights and exposition dumps. Almost back to back you can predict every episode of the show. Worse, yet, the link between episodes often feels arbitrary and some episodes end so abruptly it feels unfinished. What worked so well over six or eight episodes stretches entirely too long in season four. Better to truncate the exposition (with its horrendous dialogue) than to waste audience’s time reminiscing on the morals of being a vampire.

The writing of this season feels sophomoric at best and lazy at worst. Characters might recap entire seasons to each other or make half-planned jokes with little skill at execution. When protagonist Trevor Belmont goes face to face with season baddie Death (capital D) he opens with: “You are a thing.” To which Death responds: “I am more than a thing. I am Death.” It’s meant to convey gravitas and scale, but it comes across as the fan fiction of a teenager writing whatever sounded cool at the time. Indeed a lot of the show’s plotting and action can be attributed to “What feels cool.” Even as it attempts to inject some philosophy it punctuates potent thoughts with poor word play.

If anyone’s kept up with the show then they’ve followed decent character arcs. Trevor Belmont, Sypha Belnades, and Alucard all grow throughout the course of the show. Season three did such a good job of demonstrating character change (at least for Alucard) that my hopes of finishing those arcs in season four were destroyed. Characters turn on each other in two episodes and a big bad from one season becomes a midseason battle. There’s no sense of linear direction, ostensibly because the show did too much in too little of a time.

Netflix’s Future for Anime and Action

Great stories can be told in small chunks. Netflix cult hit Peaky Blinders demonstrates you can do it consistently. Castlevania gets to play in such an interesting world with such an action-forward medium and it squanders a lot of its potential in its final season. I say all this because season three really had me on a wire. The show seemed to find firm footing after its largest villain bit the dust, but season four feels more like an afterthought. Given it’s the final season the show ends on a note of finality, but a forced one (and because of its Medieval fantasy setting it draws to mind the reviled ending of Game of Thrones.)

Netflix needs content and it’s leaning into its own brand of anime. Castlevania touched a note of interest to audiences. It told its story and ended, for better or worse. What made it great ultimately led to its downfall as each season had to top its previous one. Its violence turned into beautiful abstraction and its writing nearly parodied self-serious scribing. Only the creative creature design, moody atmosphere, and Southeastern European Medieval landscapes tipped the scales into like territory. For a person who loves spectacle this final season pushed the limit on what I’m willing to tolerate for spectacle’s sake. Perhaps in the next Castlevania property (a new story told in the same world) new writers will find firmer footing than this last season’s.