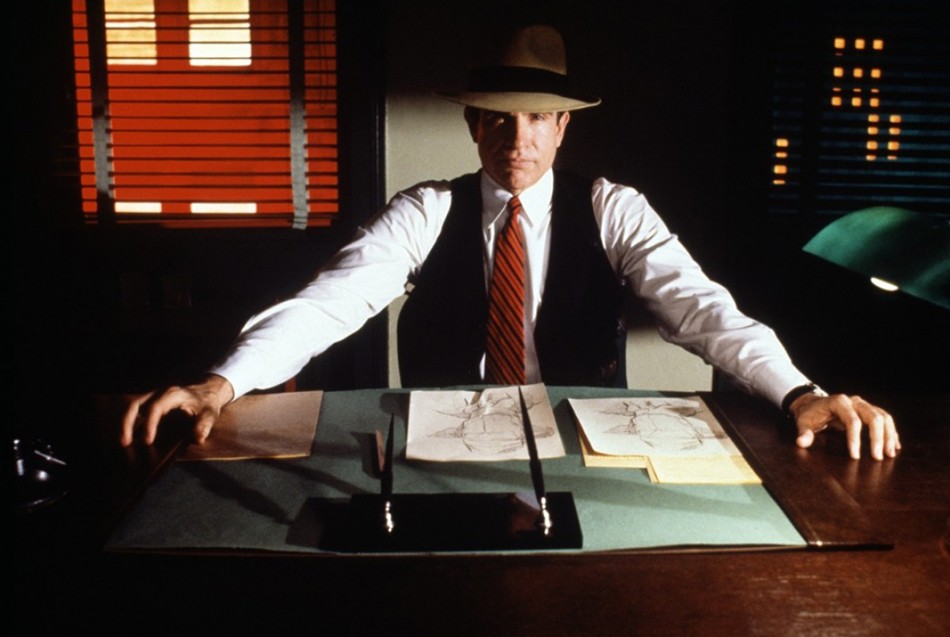 UAMC Remembers Warren Beatty and the Underappreciated in its Time Dick Tracy (1990). 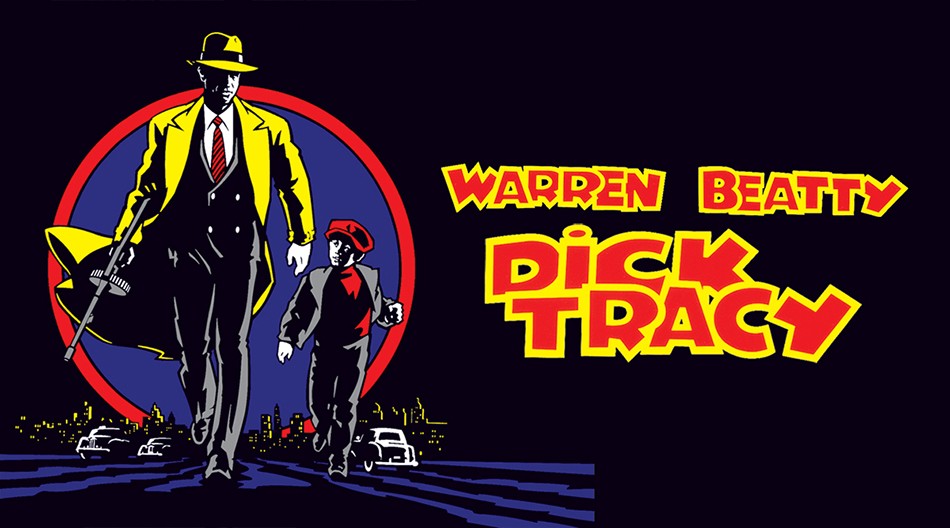 Dick Tracy is most-known for its underperformance at the box office, sinking what Disney hoped was going to be the next big franchise. Dick Tracy resembles Disney’s other underperforming comic book action juggernaut, The Rocketeer: both take place in the 1930s, draw inspiration from old-movie serials, and feature lively, over-the-top performances from a notable cast. While The Rocketeer has become a cult classic, Dick Tracy remains overlooked, which is a shame, as it’s an exciting movie, both in terms of action and visuals.

Clean-cut detective Dick Tracy (Warren Beatty, who also directed and produced the film) wages a one-man war against “Big Boy” Caprice (Al Pacino) and his gang of freak-faced mobsters, though he finds it difficult to gather enough definitive evidence to get the man in cuffs. He tries to get Big Boy’s moll, lounge singer Breathless Mahoney (Madonna), to testify against him, but she expresses more interest in seducing the detective than helping him.

Breathless’s advances and the target on Tracy’s back complicates his relationship with Tess Trueheart (Glenne Headley), his sweet-tempered girlfriend who wants him to settle for an office job. Tracy’s also temporarily adopted a street urchin named Kid (Charlie Korsmo), who helps Tracy with his detective work whether he likes it or not. As much as Tracy cares for his small circle of loved ones, he is unwilling to give up his dangerous work for them—especially once they are drawn into the crossfire.

A mysterious, raspy-voiced figure, known as the Blank, manipulates both Tracy and Big Boy. When Tess is eventually endangered by the three-way battle, Tracy must use all his ingenuity to find his way out of a deadly trap. 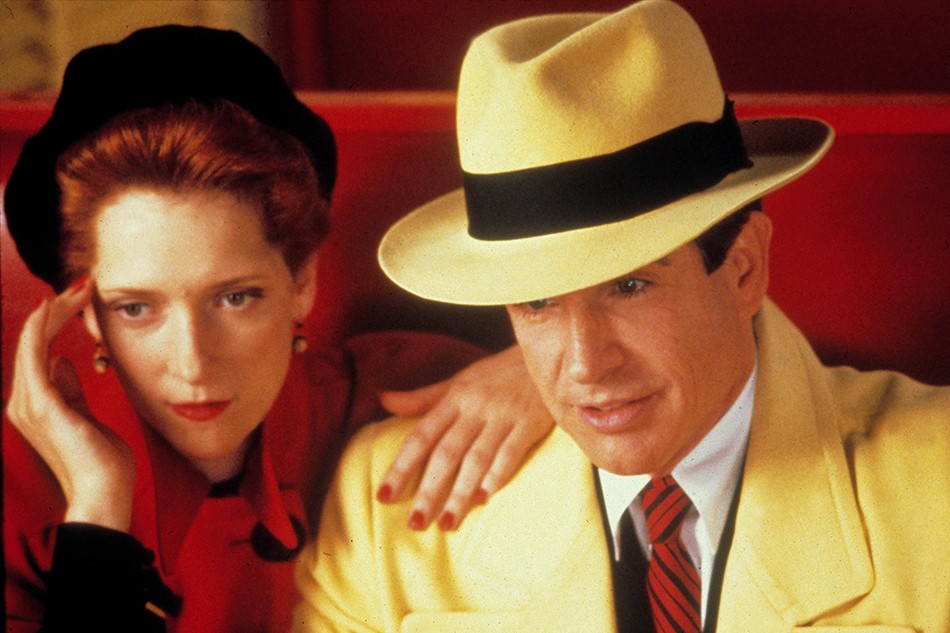 Critics have bemoaned Dick Tracy’s story—or rather, lack of psychological depth in said story—since its release. It’s true that the characters are flat with simple motivations: Tracy wants justice, Tess wants Tracy to commit, Big Boy wants power, Breathless wants Tracy’s love, etc. Due to its aesthetics, I think a lot of critics expected Dick Tracy to share the darker themes of old-school film noir—but then again, this is based on a three-panel comic series, not a Raymond Chandler novel.

Even if the film apes noir tropes and imagery, it is not a noir proper, concerned with ambiguous morality in a world gone wrong. A more appropriate cinematic precursor would be 1930s gangster and G-man films, complete with tommy guns a-blazing, square-jawed cops, and gangsters handing out cement overcoats. Beatty and his team take the 1930s gangster picture into the context of the 1980s/1990s action-thriller, ramping up the carnage big time.

Everything moves at a clip, for the most part: car explosions, shoot-outs, fistfights, daring escapes, attempted seductions, gruesome (by PG standards) gangland killings. These scenes are framed like comic book panels, dynamic and colorful. Then as now, Dick Tracy’s production design impresses with its commitment to evoking the original strip with its basic colors.

Sometimes the story stalls, so enamored of its visual design that it forgets to keep moving forward. It doesn’t really follow a traditional three-act story where the characters change or where the stakes amp up as the plot goes on. Dick Tracy feels more like several episodes of a television show season strung together than a feature. Beatty claims Disney shaved about 10-20 minutes off the movie before its release, but considering how some sections drag and how character development is not the priority of Dick Tracy, I wonder if this might have been for the best. I don’t know if extra footage would make the story more coherent. 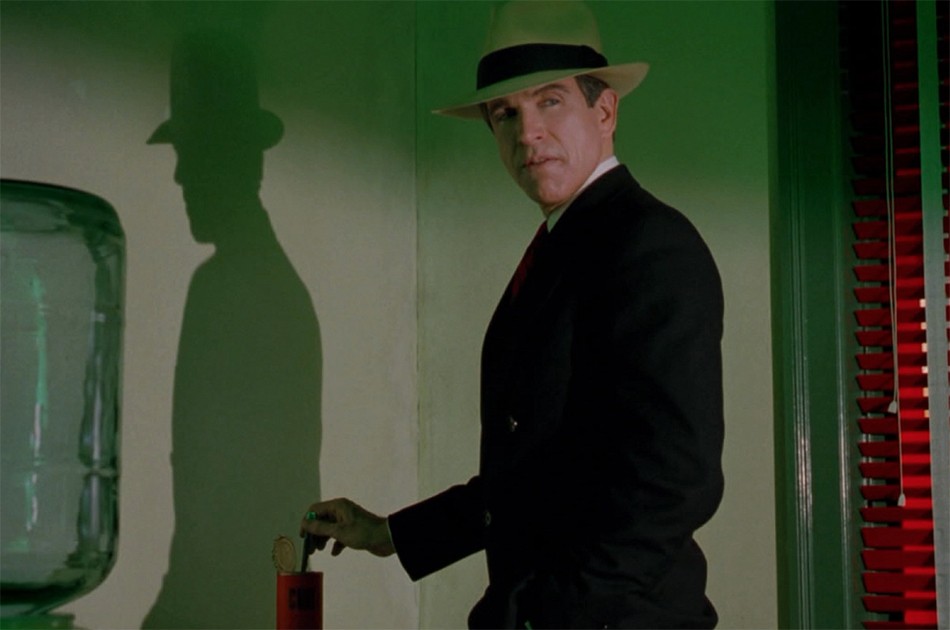 Regardless of the story’s shortcomings, Beatty is great as Dick Tracy. While critics complained he was too old to play a crime-fighting gumshoe at 52, the energetic Beatty looks like he can keep up with the action going on around him, so this is hardly a case of, say, Indiana Jones and the Kingdom of the Crystal Skull. An action hero need not be all rippling muscles to be credible. Beatty also allows Tracy to come off as principled and tough without being one-note.

Beatty is well-supported by a bevy of all-star actors. Glenn Headley is a breath of fresh air as the one subdued member of the cast, the calm in a hurricane of gleefully hammy performances. Charlie Kosmo is charming as Kid, not nearly as annoying as he could have been.

Al Pacino’s bombastic villain will either annoy or delight, depending upon your temperament—as someone who loves over-the-top villains, I adored his performance, which can only be described as a gangster version of Shakespeare’s Richard III. He practically steals the show from everyone else.

Even Madonna, as bemoaned as her acting abilities are, is good as the femme fatale, cynical, seductive, and cunning, with just enough vulnerability to make her memorable.

Considering how Disney wanted this to be a franchise, it’s strange how they shoved sixteen villains into one movie. Their trademark grotesque faces and deformities are brought to life with make-up effects that have held up extremely well, but one might think they’d want to save a few for later films, not to mention with so many villains on display, few get the chance to make much of an impression beyond Big Boy himself.

I found Dick Tracy a more satisfying experience the second time I watched it. Initially, I had the same complaints as the filmmakers, wanting the film to be more like the Tim Burton Batman with its gothic melodrama and troubled hero—considering how the film also features an art deco aesthetic and a similar-sounding score from Danny Elfman, it’s an understandable comparison. (Apparently, even Batman leading lady Kim Basinger was in the line-up for Breathless.)

But one must look at Dick Tracy on its own merits to fully appreciate it as both an action movie and a technical tour-de-force—and it has more than enough merits to make it worthy of a second glance.


What are your thoughts (and memories) on Warren Beatty’s Dick Tracy? Let us know in the comments or on our Facebook page!