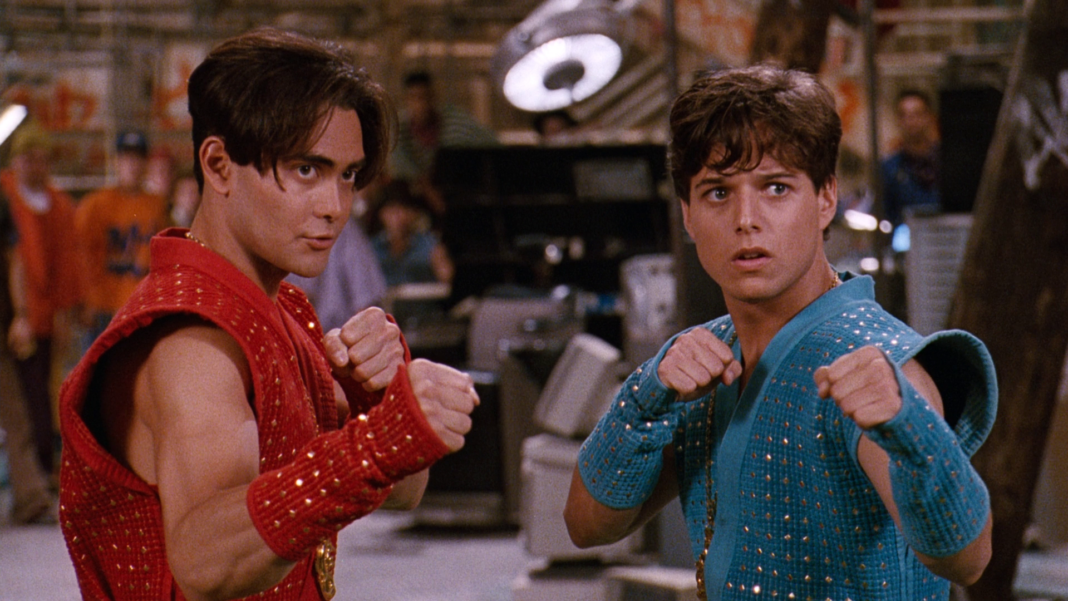 A look back at the unrealized vision which could have been the ultimate action franchise. 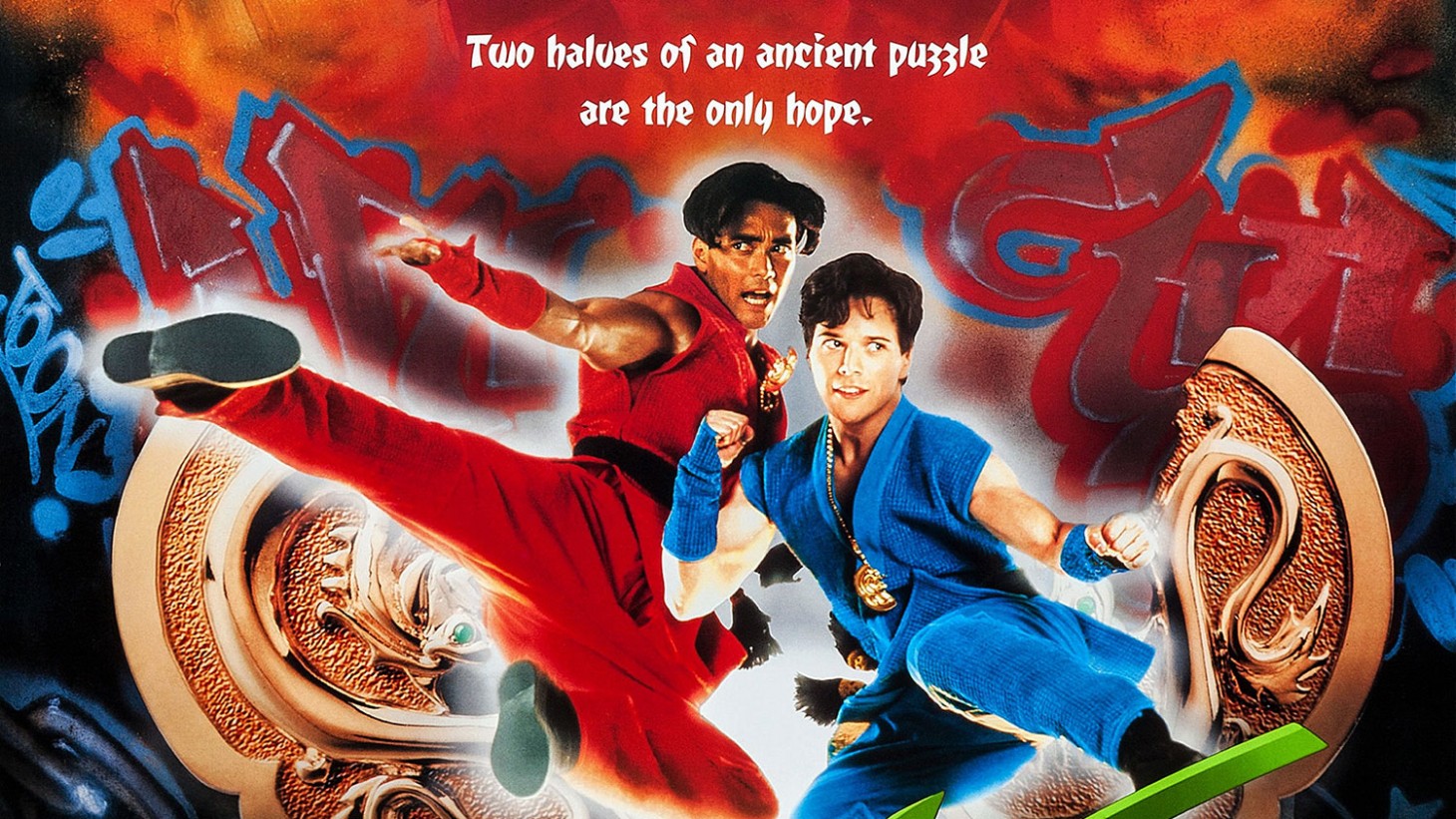 Double Dragon was a side scrolling fighting game that reveled in button mashing and muscle-bound sprites. The 1994 film it inspired could have used some of that 8-bit magic.

Billy and Jimmy Lee (Scott Wolf and Mark Dacascos) are a couple of fun-loving brothers who dabble in kung-fu and getting on each other’s nerves. It’s more likely though that they’ll get on your nerves first. Victor Guisman aka Kogu Shoku (Robert Patrick) is an incredibly cartoony villain whose only goal is combine two halves of a dragon medallion and obtain ultimate power. Marian (Alyssa Milano) features as a chipper sidekick with short bleach blonde hair. Milano’s hair and dress style reminded me a lot of Angelina Jolie in Hackers but that movie wouldn’t come out until 1995.

An Ultimate Cast of its Time

The Lee’s surrogate mother (Julia Nickson) is the only actor who escapes this movie unscathed. Her small role in Rambo: First Blood Part II gave Rambo some genuine humanity and this performance is no different. She sells the audience on the value of the medallion and gives some real gravitas to otherwise campy film.

Wolf, on the other hand, has to suffer struggling to sell some terrible one-liners but one of the worst comes from a henchwoman (Kristina Wagner). She snarls at Milano “Who’s the boss now,” a direct reference to Milano’s starring role on the show “Who’s the Boss?”

The casting in this movie feels very much of its time. People like Scott Wolf and Alyssa Milano seem inserted just to secure financing for the film. Wolf and Milano are given most of the one-liners. Their action is also limited to Home Alone style shenanigans. Dacascos tends to feel sidelined throughout the action. He’s clearly more adept at stunt work and has the fighting talent to carry this movie but he just wasn’t the star the studio could trust. It’s unfortunate. Dascacos’ acting ability was still green but his martial art skills are second to none in this movie and he was terribly underutilized.

Action That Often Misses the Mark 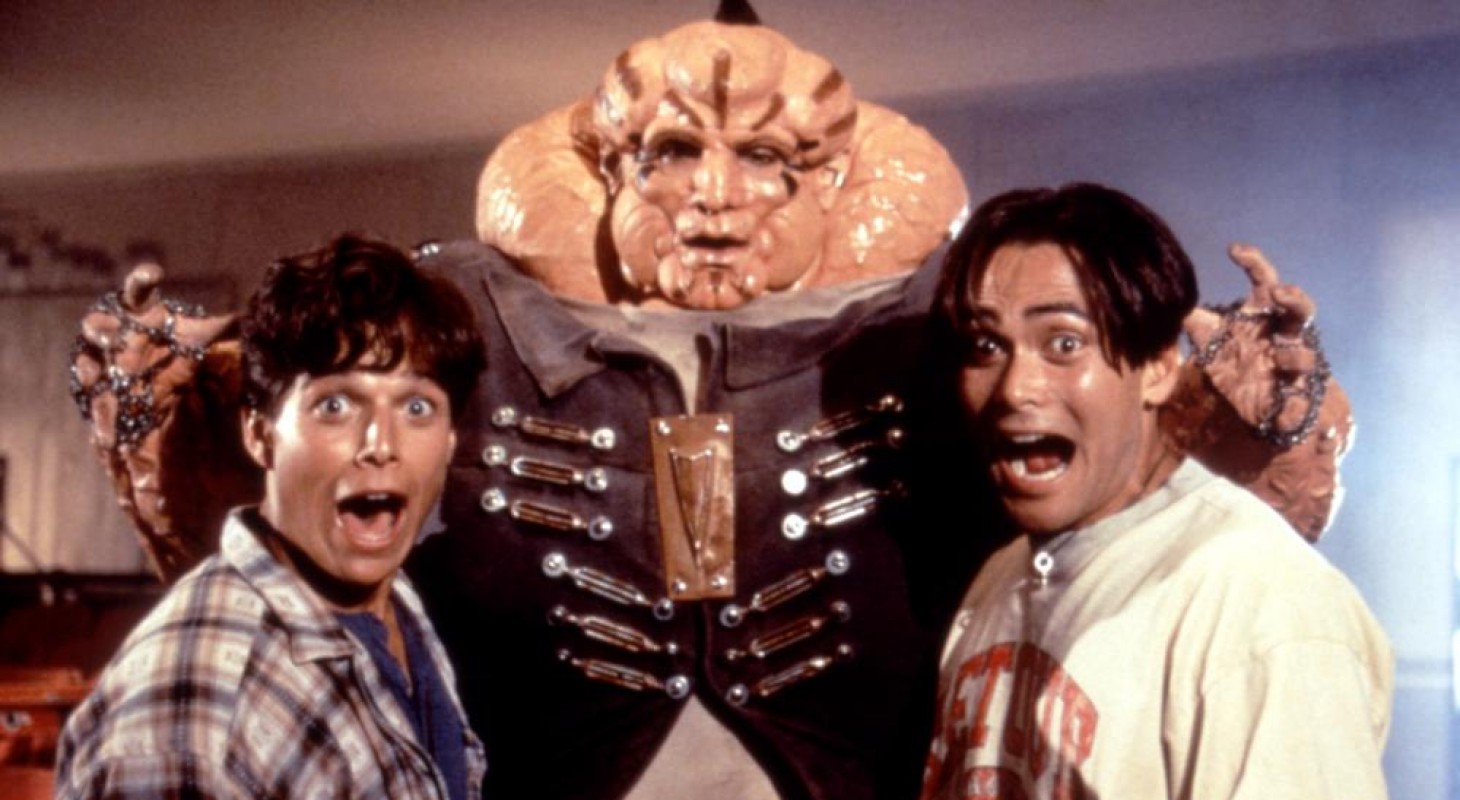 This leads to some fantastically bad pacing. Fights happen with massive irregularity and end abruptly. A boat chase midway through the picture wasn’t exciting it was merely slow. The movie’s action is tepid at best. The filmmakers thought that since the video game was made for kids the movie should reflect that. The action recalled the first two Teenage Mutant Ninja Turtle films. The first leaned heavily into the turtles use of their preferred weapons such as katanas and staffs whereas the second film relied more on silly found objects like sporting goods to ensure a softer approach to the menace of combat.

The film’s tone suggests that the filmmakers were aliens who observed children from their spacecraft high above the earth. Jokes are mostly one-liners that lack context and the costumes are all over the place implementing colors, palettes, haircuts, and styles that would put the Village People to shame. The movie also forces in some very strange ideas that never service our heroes or the plot. There are strange futuristic cars, acid rain and digital network the gangs use to regulate finances. None of it makes sense and only gets in the way of watching Billy and Jimmy fight.

It’s worth noting how the medallion works. So each half represents either the mind or the body. The mind half (which is handled by Shuko for most of the film) allows its user to inhabit other bodies. This leads to some horrifically bad jokes among other things. The body portion allows for strength and durability. Scott Wolf uses it sparingly and never in any particularly interesting ways. 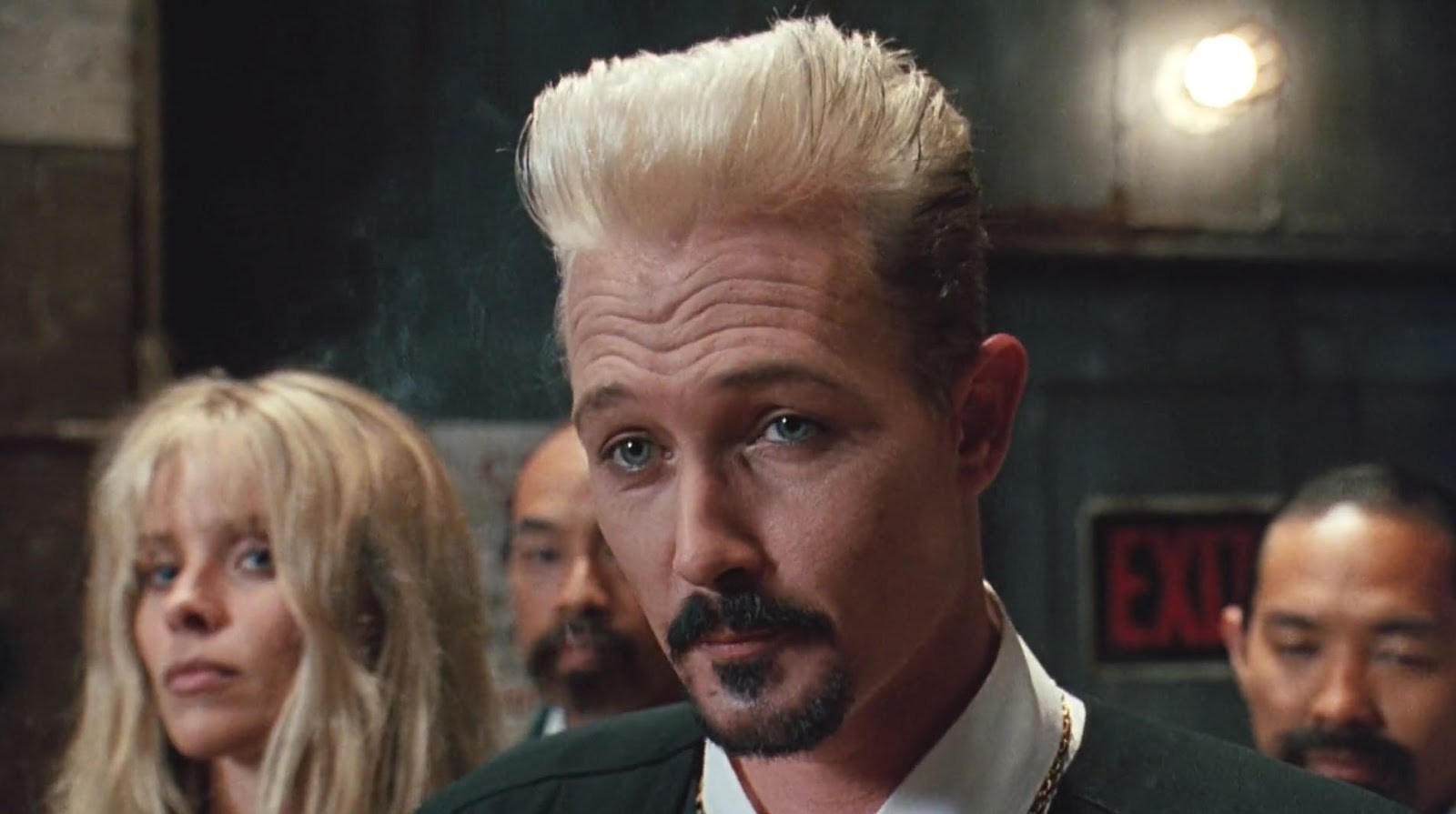 Robert Patrick’s Shoku is, at the very least, a villain with deeper subtext that isn’t explored enough. He changes his name and dresses in a way that magnifies his desire to appropriate Asian culture. This desire is exemplified by his need to control the medallion, a true Asian artifact. At point one he even tempts Julia Nickson to join him. He already has a few Asian henchmen in his service including 80s icon Al Leong (Die Hard, Lethal Weapon, and Rapid Fire). This cultural appropriation is fascinating but never scrutinized to its full potential. The brothers want the medallion because their good and Shoku is bad but such surface level motives don’t allow for any real character discovery.

The film’s climax is distressingly bad. Billy and Jimmy fight two demons who are conjured once Shoku combines the two halves of the medallion. The prosthetic makeup and suits stifle any potential for an interesting fight. The combatants bounce around like headless chickens until things mercifully come to an end.

Double Dragon has no teeth and burns all of its goodwill before the end of the first reel. It’s real crime is wasting Dacascos’ talent and the ripe energy found within its video game origins. It only took one movie for this franchise to be “game over.”