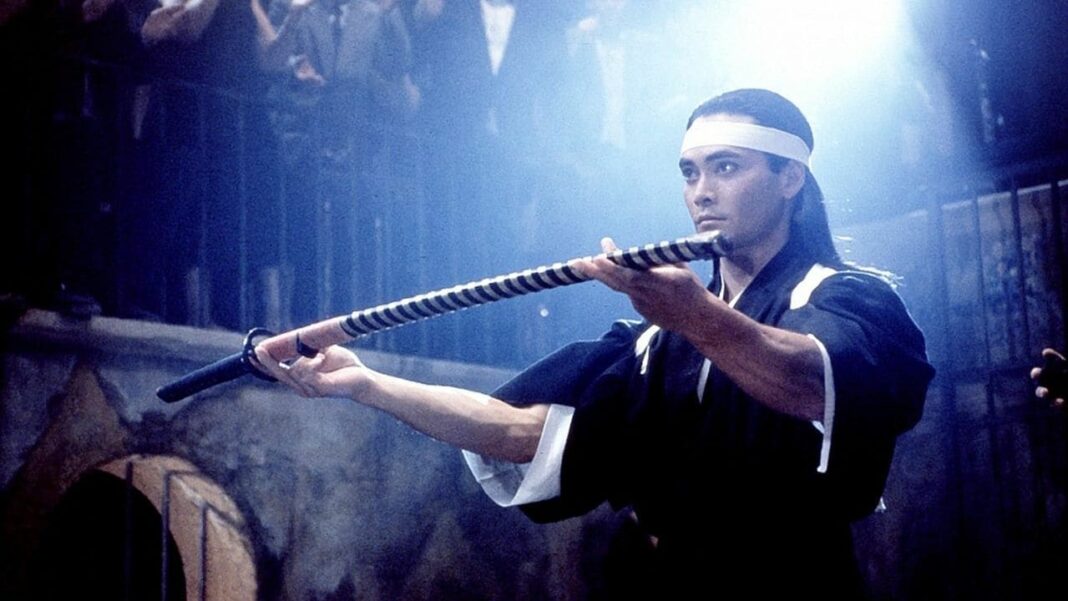 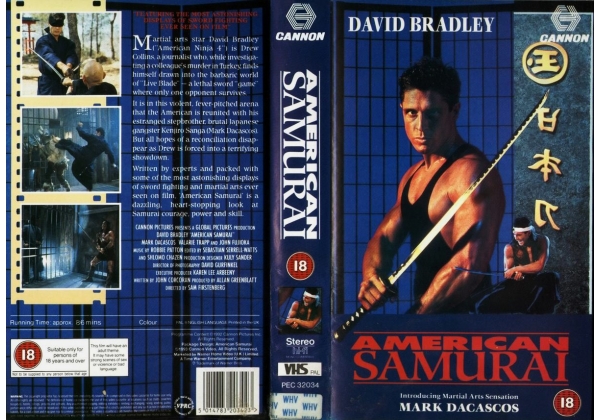 For me, nothing can touch the magic you felt growing up when making a weekend trip to your local video store to see what the next martial arts offering you could dive into. Luckily for me, I had the coolest grandmother in the world, who let me start my obsession of this genre at a very young age. Unbeknownst to my parents for a while.

No company provided more entertainment in the 80s and 90s than Cannon Films and few others embraced the DTV action hero moniker like David Bradley. I feel he was very self aware, as in he always knew what kind of movie he was in. He just ran with it and had fun.

His legit martial arts experience should have put him up there with the most popular names of the time, but I feel he still made his mark. After Bradley took over the American Ninja franchise, one of the next pair-ups he had with Cannon was American Samurai. It should have spawned a franchise as well, but such was not the case.

From American Ninja to American Samurai

Helmed by famed American Ninja and Avenging Force director Sam Firstenberg, American Samurai was billed as “Bloodsport with blades”, and it very much lived up to that. It has some obvious Bloodsport comparisons, but it changed it up enough, successfully carving out it’s own cult status as well.

The film starts out with a very young Bradley and his parents crashing their private plane in an isolated part of Japan. His parents do not survive apparently and he is then taken in by a samurai master, played by John Fujioka (American Ninja/Mortal Kombat).

Fujioka raises him and trains him in the way of the samurai. Bradley is older now and is an expert in the art himself. Only problem is that the old master’s son is extremely jealous and feels he should be the one getting more attention.

Enter Mark Dacascos! This was Dacascos’ first major role and he does well with it, playing it with intensity and always an evil smirk. Dacascos is so jealous, he betrays the family and becomes part of the Yakuza mafia! He is then disowned and we don’t see him until later on, which we will get into shortly.

Mark Dacascos and David Bradley Together! 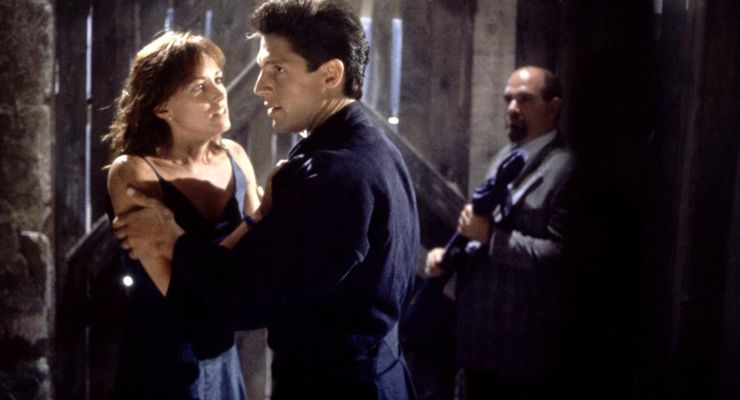 Fast forward to years later, Bradley is living in Los Angeles, in possession of the family katana. This leads to one of my favorite fight scenes of the movie, where a handful of goons break into Bradley’s place and he gets to show off his signature style, which I always thought was very stylish and sharp. He ends up getting shot and the sword gets stolen, despite his efforts.

The movie takes off from there, he then hires a reporter (Valerie Trapp / Happy Gilmore) to help him track it down. The first half of the movie is basically a globe trotting adventure in search of the sword, where a dislike for one another, somehow quickly turns into a romance.

Bradley and Trapp’s search lead them to Turkey where she is kidnapped and Bradley is forced to take part in an underground fight to the death tournament. Coincidentally, the champion of the ‘bloodsport’ is none other than Dacascos! Who is now more lethal than ever, taking no mercy on his opponents.

Yes, it’s an illegal fight to the death tournament, similar to Bloodsport, but the different type of weapons and blades each fighter gets to use, makes it different and naturally more brutal. I have the DVD version of the film, which still contains its fair share of blood and limbs being lost, but I am told that a lot of the violence was cut from the DVD and there is a different version out there.

The tournament showcased some different styles, from samurai, to wushu, to full on barbarian looking m’fers in battle armor. One of the aspects that I seen as a nod to Bloodsport was one of the other fighters, a big beard sporting, loud mouth yankee! Remind you of anyone? Clearly American Samurai’s version of Ray Jackson! He was played well by Rex Ryon (Beverly Hills Cop), who carried a big Rambo looking knife, but ultimately suffered an even worse loss than Jackson did.

Dacascos didn’t do any hand to hand fighting, but his skill with the sword was obvious and served as a little glimpse into some of his future starring roles, such as Crying Freeman.

The final showdown between the half brothers, Bradley and Dacascos was a little short, but shot very well and ended in a pretty memorable way.

American Samurai should be talked about among director Sam Firstenberg’s best and is an underrated slice of 90s martial arts magic that should be essential viewing for fans of the genre!