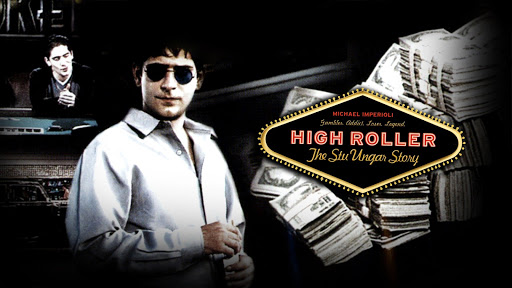 If a person is a skilled gambler, there are chances that he is aware of the name Stu Ungar. He is an award-winning gambler who conquered a lot of media attention for winning a range of trophies and titles. Previously during his time, he was a common name among the contestants of tournaments hosted for gamblers where he started getting recognized for his skills. Soon after people started to identify him as an exemplary gambler. Eventually, he was getting known for his high rolling skills which are the predominant ways that fetched all these awards.

Digging deep into his past we can tell that his gambling skills are not based on his luck but that he followed the footsteps of his father, a bookmaker by profession and the proprietor of Fox’s Corner Bar. He studied the ways of a gambler from the very childhood which eventually led him into excellence. In his childhood, Stu has always prioritized gambling over his academics. This eventually led him into underage gambling which although added to his experience but forced him into an unsupervised path.

Speaking about his career, it went uphill initially but it came crashing down when the same skill backfired when he was diagnosed with addictive gambling issues. His entire life took a hit. The situation worsened and he ended up not being able to support his family.

The Plot of High Roller: The Stu Ungar Story

The storyline of the film revolves around the life of the professional gambler. The story unfolds as a flashback as Ungar, in his final days, trying to narrate his life story to a stranger he met. The story highly focuses on his drug usage including the cocaine abuse and the crumbling office married life.

The film takes the viewers through his high time and extravagant victories in gambling tournaments, his interpersonal relationships, and how his addictive tendencies to gambling and cocaine brought an end to his flourishing life. It reaches an end where the lifeless body of Stu was found inside a motel room by the housekeeping service lady.

High Roller was released back in 2003 starring Michael Imperioli as Stu. It features many well-known gamblers as cameo actors like Andy Glazer, Vince van Patten, and Al Brenstein. The awards backed by the film include Nashville Film Festival Audience Choice Award Best Featured of 2003, Prism Awards Commendation of 2004, and San Diego Film Festival Award for Best Direction in 2003.

Films like this although come as a form of entertainment to the viewers it acts as a cautionary tale behind their heads while indulging in activities like gambling.

Consequences of Gambling Addiction As Seen in the Movie

There are noticeable differences between the activities of a seasoned gambler and a person who is addicted to a gambling lifestyle. The display of addictive behaviour is often quite clear as a lot of associated troublesome attitudes are linked to it. These behavioural elements are not very unclear if someone takes time to notice the facets of the behaviour. Most of these gamblers are seen rapidly losing property and possessions. This can also be reflected in the family life of these gamblers. One of the commonly associated traits can be failed marriages and broken families.

Apart from that, gambling addicts are also seen to unknowingly harm their interpersonal relationships by dragging monetary transactions in between. Not only that they are bombarded with massive amounts of debts but advanced loans from friends and family. It results in spoiled relationships. Needless to say, although gambling gives people momentary satisfaction and a feeling of being under control, it ultimately takes away a lot more than it gives back.

To get over compulsive gambling urges and to completely curb addictive gambling, one requires to first understand the root cause of it and why it appeals to the gambler. In spite of knowing the fate, gamblers immerse themselves in the activities. For example, many UK players use non-UK casinos via https://www.nongamstopbets.com/non-uk-casinos/ where they spend their spare time.

They know it would cost them property, bank balance, and interpersonal relationships, Yet people find it impossible to convince themselves about the illusion of false rewards. It requires rehabilitation and constant self vigilance to start over and continue an addiction-free life.

Although we love the adrenaline rush, deep inside we know what harm gambling is capable of. It taps into a highly addictive tendency we have and leaves people with no control.

Gambling can cause lots of harm which brings us to the conclusion that it is better to seek help as soon as problematic behaviors are noticed and follow healthy gambling standards.