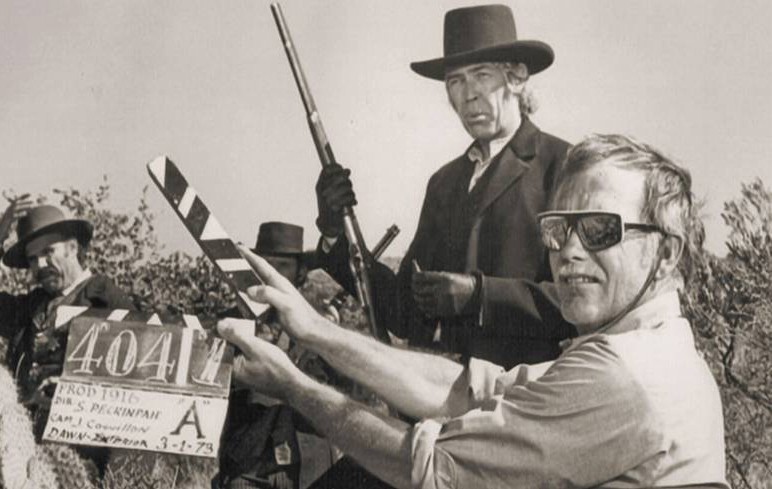 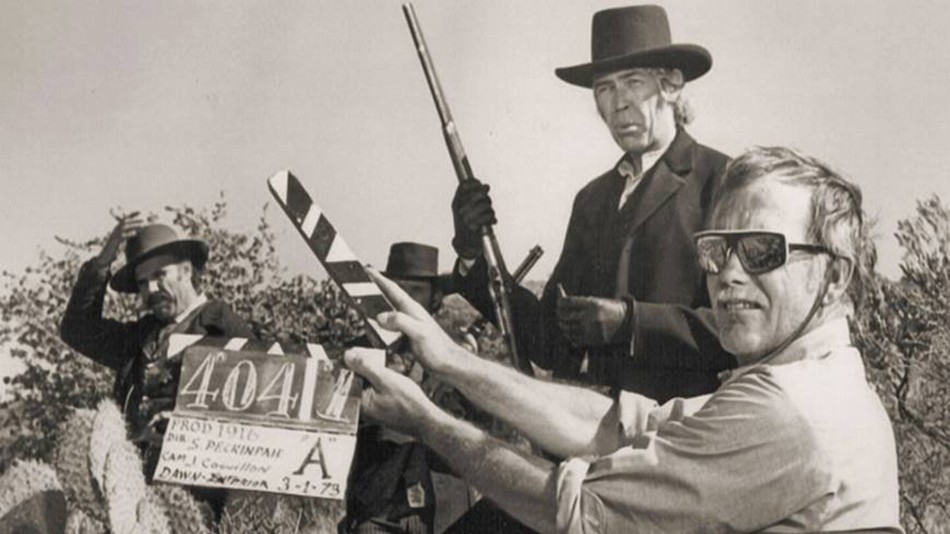 Recently I have been thinking about the origins of the genre of movies we love. What movies really helped to define the genre that we enjoy watching and which creatives behind the movies have inspired the action greats to make these movies.

I am going to suggest that it was the creative force of one man and two movies, that man was visionary director Sam Peckinpah (1925 – 1984) and those two movies are his revisionist western The Wild Bunch (1969) and Cross of Iron (1977).

Now the Ultimate Action Movie Club mostly deals with titles made in the 1980s and 90s but I am going to suggest that it is these two films along with Dirty Harry (1971) that basically set the gold standard for 90% of Hollywood action movies. It was Peckinpah’s visionary take on action that helped to cement its success and Samuel Peckinpah basically gave the modern action movie genre its language.

There are many reasons for such massive claims – so let’s now take some time to explore and celebrate this director’s brilliant work.

From Big Screen To Small Screen

Warner brothers (distributors of Peckinpah’s films) were one of the first major studios to see the potential of the home video market and they utilized their back catalogue, which gave many films, now considered classics, a second life (and 3rd and 4th on DVD and Blu Ray). Many of these films, most famously Sci-fi actioner Blade Runner (1982), really found success and an audience on home video.

The Wild Bunch and Cross of Iron definitely shared similar success to Blade Runner on home media formats. I doubt many of us that grew up in the VHS generation have had the privilege of seeing Peckinpah’s work on the big screen and it’s the success of these movies on video that helped to promote the success of more recent action movies on home video.

Birth Of The Action Hero 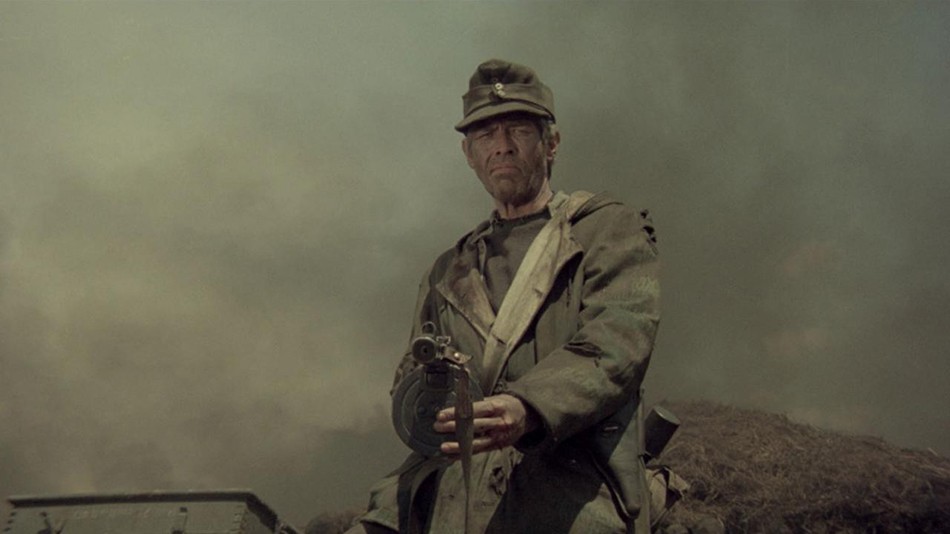 Now it’s not just the good luck of Sam Peckinpah’s big budget action films being released on home video that makes his classic films The Wild Bunch and Cross of Iron worth writing about… One of his core themes in these two movies is the conflict between values and ideals and it’s because of  this that Peckinpah creates the modern action hero.

Both William Holden as Pike in The Wild Bunch and Rolf Steiner (James Coburn) in Cross of Iron are men of uncompromising honor even when that flies in the face of their superiors and will ultimately lead to grave consequences.

Peckinpah’s protagonists in both movies are because of this, renegades… Before The Wild Bunch heroes in action movies were basically white hats (with the possible exceptions of the Maltese Falcon (1941) Casablanca (1942) and The Big Sleep (1946) where Humphrey Bogart played a gray knight and of course the 007 movies where James Bond lives by his own code of conduct).

But after Peckinpah’s movies the action hero was always at odds with the establishment and had a strict personal code of honor. Peckinpah helped massively to give us the action hero that we know and love today.

Peckinpah’s directional style is also a major influence in the modern action movie. This influence can definitely be found in both The Wild Bunch and Cross of Iron. Epic scale, fast editing, the use of slow motion and gratuitous ultra violent action pretty much came single handedly from Peckinpah’s original style and like all truly original artists his work came with a fair bit of controversy. 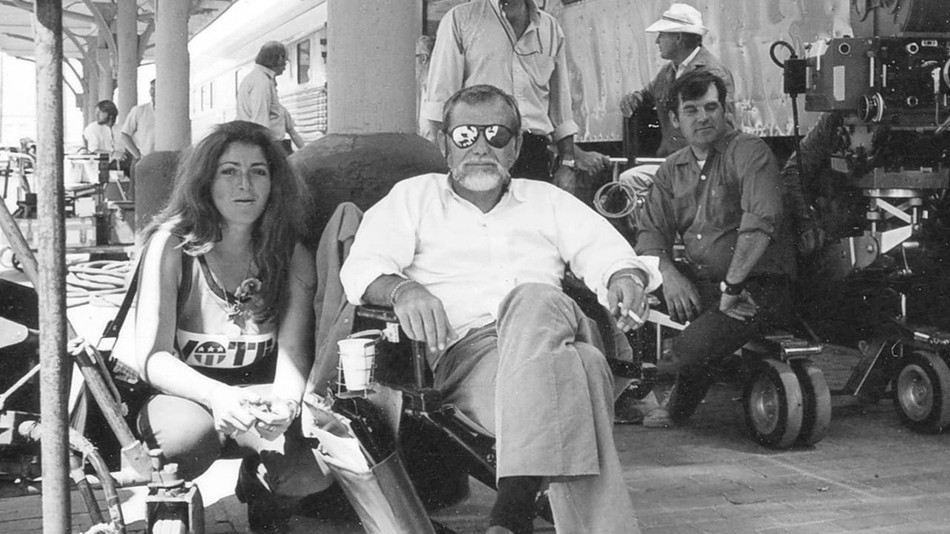 Peckinpah was a controversial figure both in front of screen and behind it. It would only take a few seconds on Google to find out why so I am not going to discuss that here.

What is worth talking about is how the ultra violent content of The Wild Bunch and the still controversial subject matter of Cross of Iron set the standard for the way films were made and marketed from that point on.

Despite the moral panic of the 1980s action movies were marketed for an adult audience and were successful because of it. Peckinpah absolutely opened the door for that, sure the audiences were drawn in by the controversy but what they got from Peckinpah’s movies was intelligent and complex storytelling.

It was Peckinpah that opened the door for action movies to be marketed as controversial and bloody while still selling and still having substance.

Ahead Of The Curve In The Spy Game 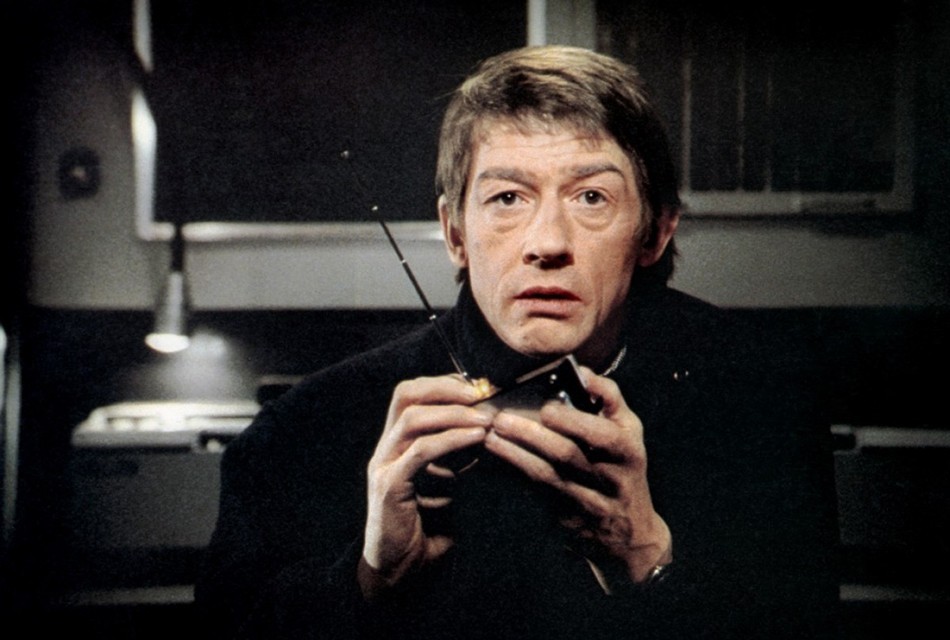 Peckinpah’s impact on the action movie extends far beyond a few years. Long before the success of the franchise that started with the Bourne Identity (2002) and the renewed interest in author Robert Ludlum, Peckinpah got there first with The Osterman Weekend (1983).

It’s easy to say in retrospect but although Peckinpah was not a fan of the source material he certainly saw the potential of using Ludlum novels as a basis for action movies. Interestingly this is exactly what the Bourne franchise does. 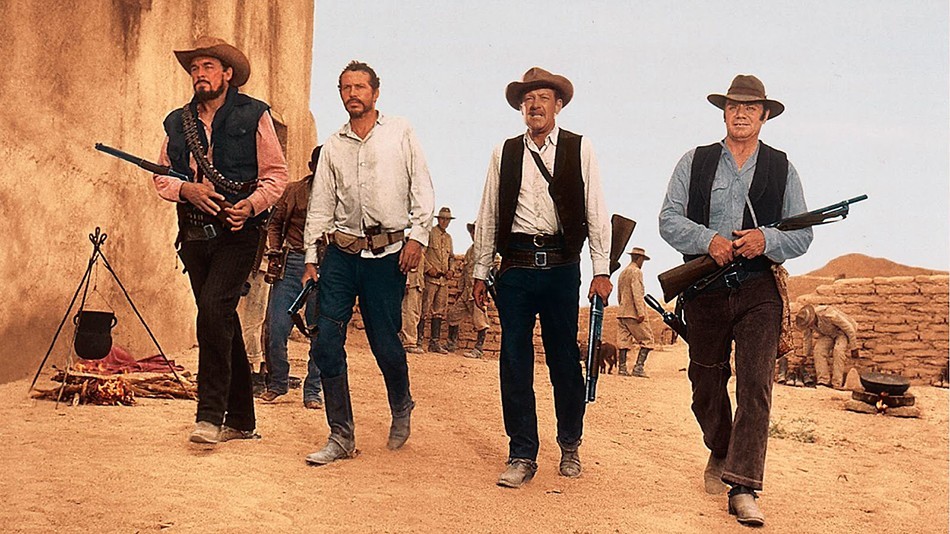 The DNA of The Wild Bunch can clearly be felt in Django Unchained (2012) and The Hateful 8 (2015). There is also more than just a little influence from Cross of Iron to be found in Inglorious Bastards (2009).

It could be stated that Peckinpah is even more strongly referenced in the work of writer/director Ayer, most of his characters sound they were written by Peckinpah and moral conduct is such a huge theme of basically all his work from his script on Training Day (2001) to Bright (2017).

This is simply an overview of Peckinpah’s legacy and there is a lot more information out there if you want to find out more. The Wild Bunch and Cross of Iron are early action classics and certainly deserve your attention.