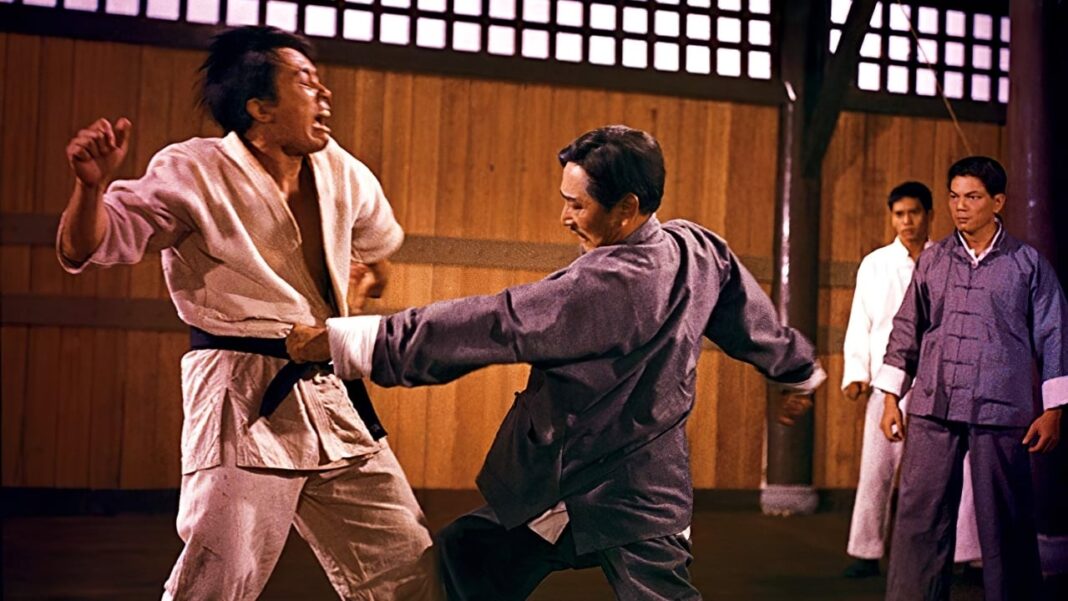 You know what they say: they don’t make ‘em like they used to and they certainly don’t make ‘em like they do in Asia! “Jimmy” Wang Yu’s The Chinese Boxer centers on Lei Ming (Wang Yu), a young and noble martial artist. Following the murder of his master and friends at the hands of a group of karate experts, Lei Ming goes out for blood against the men responsible. Hailed as the first kung fu film, The Chinese Boxer’s influence continues to be felt to this day. Even with how intricate and complex action cinema has become, what makes The Chinese Boxer so compelling is its simplicity.

Much like the American Western, the premise is simple: it’s a revenge flick where the good guy goes after the bad guys. Without a charismatic leading man, however, the thrills of the action sequences wouldn’t carry the weight the weight that they need to. Thankfully, Wang Yu’s performance as Lei Ming is up for the challenge. The real strength of the performance lies in Wang Yu’s ability to carry out the choreography. The film sets up Lei Ming as a young, bright-eyed student with a natural talent for kung fu and Wang Yu fits the role like a glove.

A hero is only as good as his villains and The Chinese Boxer’s  villains are instantly detestable, but delightful to watch onscreen. The mustache-twirling campiness of Lo Lieh’s Kitashima fits the film’s tone very well; it’s not overtly serious, but these aren’t villains to take lightly either. As we witness Kitashima and his crew slaughter their way through the kung fu academy, the stakes are established for Lei Ming and you fear for his safety. 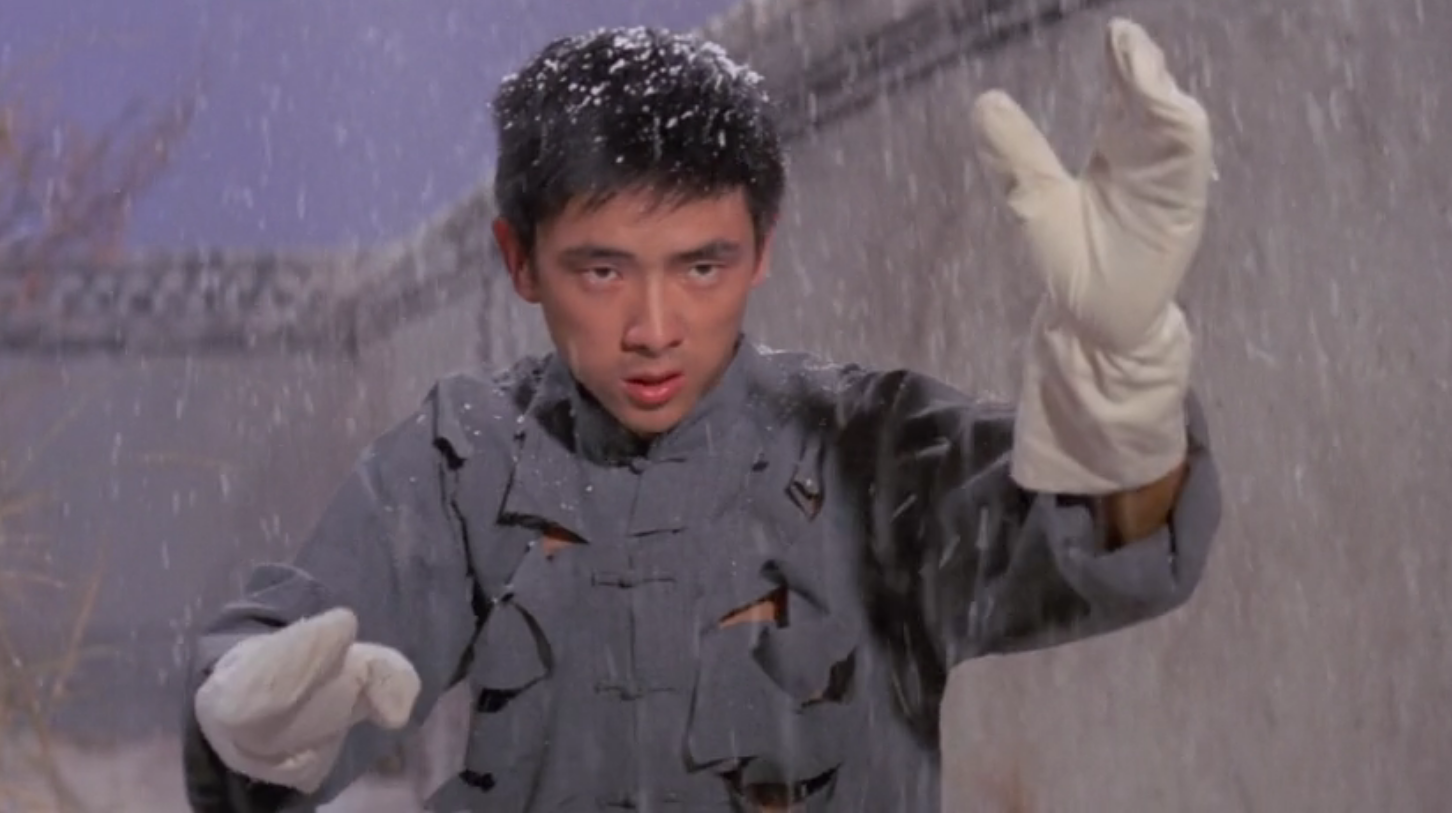 Wang Yu’s abilities are on full display not only in front of the camera, but also behind it. The cinematography isn’t showy but it’s effective in visualizing all the necessary information. There’s a clear sense of geography in every set piece and the choreography moves at a fluid pace with very few cuts and edits. Modern action filmmaking seems to shy away from showing the choreography of their performers, but Wang Yu’s confidence in his actors are center stage with impeccable wide shots. There’s also a sense of space that provides a deeper immersion into the film.

This is a lean and mean film with no wasted time. The first five minutes of the film already display some exciting fight sequences, but Wang Yu also takes that time to set up the story going forward. Following the first encounter with Kitashima’s student Diao Erh, Lei Ming’s master talks to his students about the art of karate and its intent to harm and kill. The only way to defeat it is with “great agility” and “hands like iron.”As we see in the exciting training montage, Lei Ming takes his late master’s teachings to heart.

From the fluid cinematography to the graceful choreography, the fight sequences are all memorable in their own right. The fake blood and exagerrated deaths are part of the charm of The Chinese Boxer. It’s so over-the-top that you can’t help but laugh at how much fun you’re having. Every fighter gets their chance to show off their combat skills and it results in sequences that are always fired up. There’s a mixture between hand-to-hand and swordfighting that keeps the viewer on their toes and constantly having something new to see.

The Chinese Boxer certainly deserves to be seen by every martial arts fanatic and is the blueprint for all kung fu films moving forward. The fight sequences are visceral and the cinematography captures it in all its glory. Simplicity is key here and Wang Yu’s bare bones filmmaking makes The Chinese Boxer a must-watch.