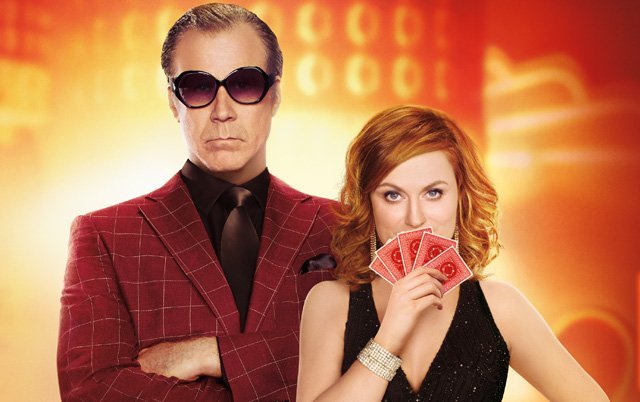 Released in the year 2017, The House, an American comedy flick shed some light on the secret casino experience with a dash of comedy. Needless to talk about the comic portions of the film as the cast includes Amy Poehler and Will Ferrell as lead actors! It is written and directed by Andrew J Cohen on how the lead characters wind up at an underground casino in order to accumulate enough funds for getting their daughter through college.

The story starts with the lead characters Scott, played by Ferrell and Kate, played by Poehler convincing their daughter to join the alma mater that they were once a part of. They pointed out the evils of college life and convinced their daughter to get admission into the university. The family lived with a false idea of college funding and expected the community scholarship program to cover the expenses. Later on, it was found that the scholarship program was cancelled by the city counsellor in order to create a community swimming pool.

The couple tries out various ways to accumulate the college fund. This includes asking for a loan, seeking a raise in salary, and even working extra time. Kate tries to get a job but ultimately none of it could work. Later on, a neighbour convinces them to try out desperate measures like gambling in order to extract the money to fund their daughter’s college. The family itself has been affected greatly by the evils of addictive gambling but our protagonists found no way out but to try out desperate actions. Without spoiling the film for the readers, it can be said that they plan a trip to Las Vegas which documents Scott and Kate through the astonishingly glamorous backdrop of the Las Vegas casinos.

They ultimately could get no favour out of it. They eventually decide to start their own underground casino and this embarks the start of a bumpy ride for both Scott and Kate and their business partners as well, and for the ending, the protagonists successfully earn enough to pay off their daughter’s college fees.

There are several psychological aspects that are directly connected with problematic gambling and your need to know what you should do. The area of the brain that is connected with the reward system is evidently less sensitive in the case of compulsive gamblers. Some gamblers are into it out of apathy for their regular lives and this intense desire to engage in self-destructive habits like gambling acts as an escape option from the monotony of their lives. Eventually, they get so involved and dependent upon such behaviours that even when there is no positive outcome.

Again, this trait can be linked with personality disorders like extreme risk-taking personalities, narcissism, stimulation seeking, issues with impulse control, etc. Gambling has been linked with various cognitive biases which makes people not only overconfident but naive. The illusion of control that a punter gets on trying out gambling gives a false sense of victory leading them astray. This unrealistic optimism often gives rise to a state called the gambler’s fallacy in which every occurrence is clouded by unrealistic beliefs.

Behavioural treatments, self-help, and strategic treatments can effectively reduce and restrict gambling tendencies excessively. Some of the ways are listed below.

Although films add the seasoning of entertainment in daily lives, if watched carefully, almost every time it carries some subliminal messages that one can take away from it. The film might have high comic levels but leaves a lingering caution about engaging in any real money gambling experience.

Most of the gambling-related movies are documented in our reviews on the basis of the thriller element, whereas The House takes a different route to convey the same messages yet keeping the entertainment factor intact.