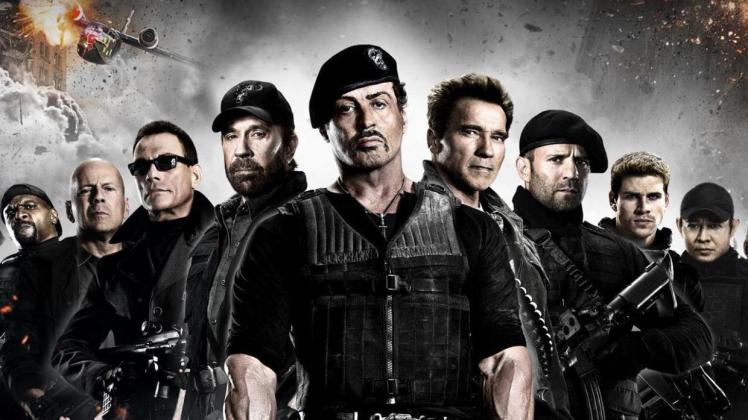 Co: Why did they pick you? Because you like to fight?
Rambo: I’m expendable.
Co: What mean “expendable”?
Rambo: It’s like someone invites you to a party and you don’t show up. It doesn’t really matter.
Rambo: First Blood Part II (1985)

Dream projects in Hollywood almost never get off the ground. Even if money wasn’t a factor and you disregarded budget, syncing the schedules of actors, a director, producers and the myriad staff needed to film such a collaborative effort is nearly impossible.

But in 2010, Sylvester Stallone — who previously had managed to create legendary screen characters out of both Rocky Balboa and John Rambo — did the impossible.

What began as every fan of the genre’s dream — What would happen if the greatest action movie stars of the 1980s were crammed into a modern movie? — came to fruition when The Expendables was released in movie theaters around the globe. It starred a who’s who of action movie heroes from yesteryear (Stallone, Jason Statham, Jet Li, Dolph Lundgren, Eric Roberts); professional wrestler Steve Austin and mixed martial arts legend Randy Couture; and Terry Crews and Mickey Rourke rounded out the group.

While far from a perfect movie, the mere presence of the aforementioned actors coupled with the over the top violence more than made up for it. News recently broke that Stallone wants to proceed with a fourth Expendables film, expanding the trilogy into the rare action quadrilogy. Before that occurs, I wanted to delve a little deeper into the series, highlighting both its hits and misses and helping to steer the ship in the right direction for its next film.

Starting with The Expendables, just getting the film made was an accomplishment unto itself. Anything after that is gravy. Showcasing a variety of actors, weapons and fighting styles, I don’t think a movie of this magnitude will ever be made again

You can’t talk about this movie without bringing up Jason Statham’s “basketball court” scene. Statham’s character (Lee Christmas) is a globe-trotting man with a mysterious job. Because of his inconsistent domestic situation, he has difficulty maintaining a long-term romantic relationship with Lacy, played by Charisma Carpenter. One day after driving to see her, he notices she is sporting a black eye. Then this happens…

Many people will agree with me when I say it’s far and away the movie’s best scene.

As a winner of a slew of awards related to his illustrious acting career, none of the actors in the series is nearly as accomplished an actor as Mickey Rourke. Stallone wisely gave the man a dedicated scene to truly shine, and I honestly think nobody else in the series could have pulled this off as well as he did.

Another thing Stallone and crew got right were Easter eggs: subtle (and sometimes not to subtle) nods to the audience about the filmographies of certain actors. For instance, having Eric Roberts portray the film’s antagonist was a reference to 1994’s The Specialist, where he played the bad guy opposite Stallone’s good guy. Another nod was Stallone naming Lundgren’s character Gunner, a nod to 1994’s Men of War. (I doubt every audience member got that one.)

Also, in the final movie of the series thus far, the movie opened with the team busting Wesley Snipes’ character out of jail (Snipes had been incarcerated for years after failing to pay his taxes.) In 2012’s The Expendables 2, what I (and I suspect many others) would argue is the trilogy’s best film, the Easter eggs were abound. It’s almost as if they threw whatever they could at the wall to see what would stick. Chuck Norris would join the cast as Booker (a reference to 1978’s Good Guys Wear Black). Well after the online expiration date had passed on the Chuck Norris Facts — humorous exaggerations of Norris’ otherworldly feats and capabilities — the film made a point of including a scene showcasing one.

In The Expendables 2, none other than Jean-Claude Van Damme was cast to play “Vilain”, i.e., the movie’s main villain. Whereas normally JCVD would play the hero, as the villain he absolutely chews up every scene he’s in! If you watch this movie for one reason, let it be the Muscles From Brussels. 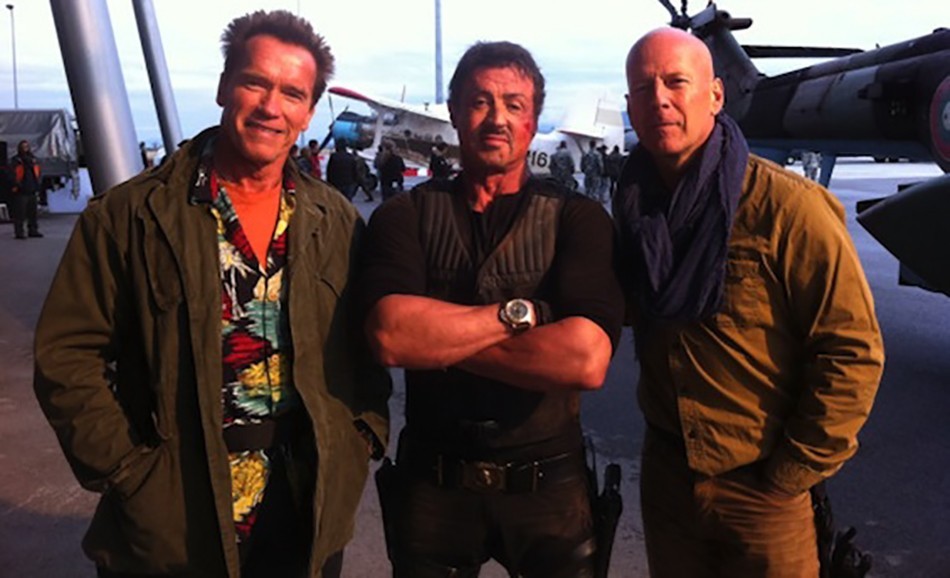 Also in EX2, Arnold Schwarzenegger and Bruce Willis got expanded roles from their lone scene in the first movie. Again, keeping with Easter egg tradition, nods to former roles (lines of dialogue such as “I’ll be back!”) were sprinkled throughout. Yes, they overdid it a bit and it somewhat bordered on overkill, but is there too much of a good thing when it comes to action here legends? Sometimes you just have to sit and enjoy the ride the movie takes you on. 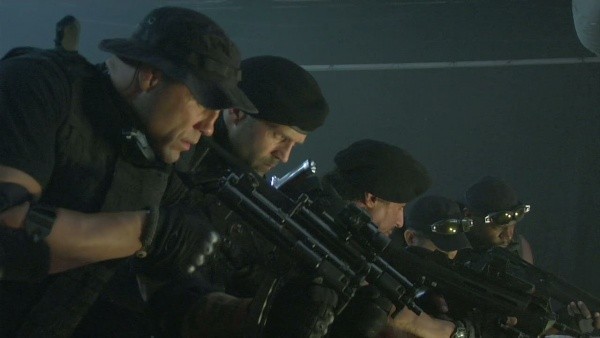 Earlier I mentioned the variety of weaponry used in the series. We’ve all seen guns being fired a million different ways over the years, but the first Expendables film dusted off two Western tropes that had long been forgotten: classic six-shooters and knife throwing. Both were done superbly on-screen. 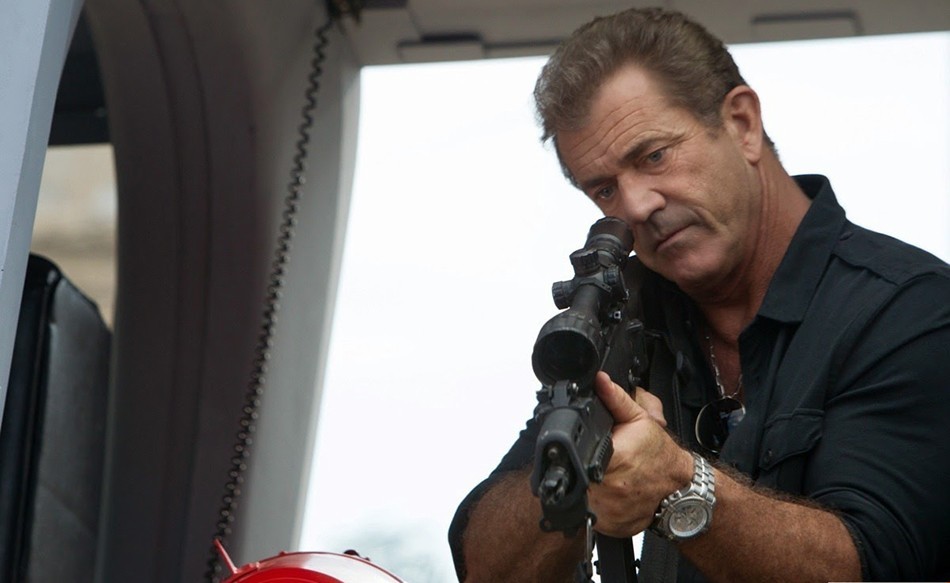 JCVD wasn’t the only inspired baddie casting choice. Mel Gibson was exceptional as Stonebanks in 2014’s The Expendables 3, a former Expendable cast member long thought dead, but since turned to the side of villainy. After having been excommunicated of sorts from Hollywood for years for anti-Semitic ramblings during a DUI arrest, Gibson bounced back well with this role. Like Stallone, Gibson has two iconic screen characters on his resume (Martin Riggs in the Lethal Weapon series and the title character in the Mad Max series), so it was refreshing to see him take on an antagonist role here. 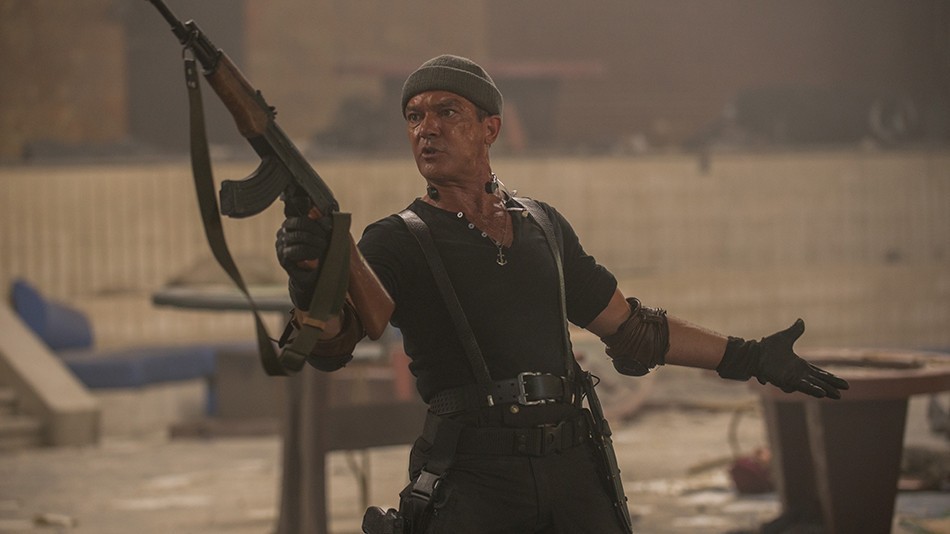 In 2014, The Expendables 3 was released. In terms of positive things to say about the movie, I’d be lying if I wrote it’s good. It’s not, so I won’t go into that in this section. I will say Stallone tapped the very talented Antonio Banderas to portray Galgo, a take on his exemplary Puss in Boots character from Shrek 2 and several spinoffs of its movies. (Banderas played the antagonist Miguel Bain in 1995’s forgettable Assassins, but it’s important to note Stallone was the lead in that film.) 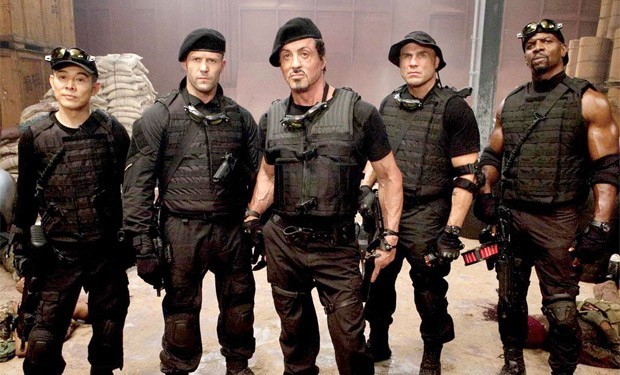 To move plot, or not to move plot? That is the question.

While The Expendables was a blessing in itself, it wasn’t very strong, plot-wise. I suspect that has a lot to do with having a large cast: you can’t possibly incorporate a great deal of characterization and back stories when you’re trying to move a plot forward, especially an action one. (I strongly feel the G.I. Joe universe suffered from the same problem, which is why each episode or comic only featured a few characters at a time.) But in the grand scheme of things, that can be overlooked. We’re not watching these movies to experience Shakespeare. 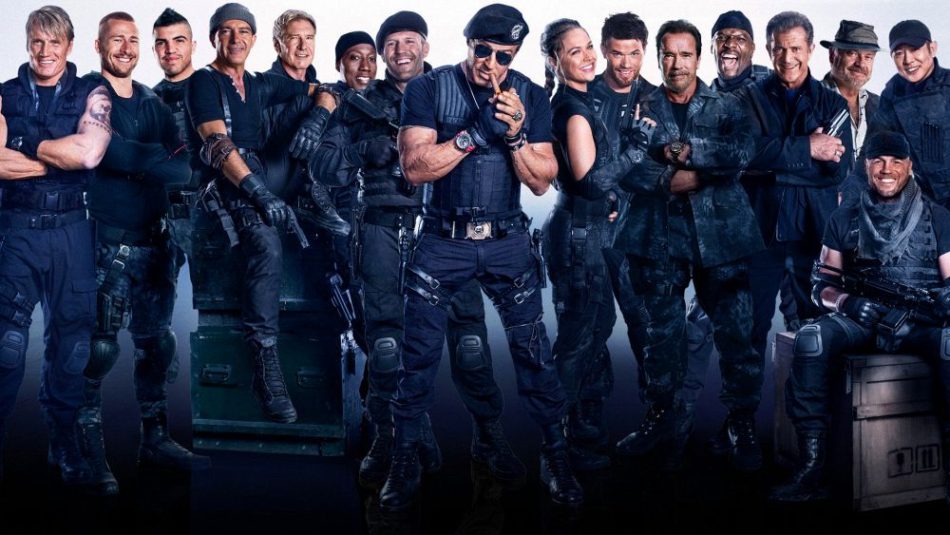 The Expendables 3 is easily the weak link in the series’ chain. After flip-flopping on a decision to maintain an R rating (and stay true to its audience, albeit limiting ticket sales) or lightening the rating to a PG-13 (thus broadening its potential audience, at the expense of alienating its main audience), producers whiffed badly. Violence was reduced, more jokes were peppered in, and the overall tone of the film was more light-hearted compared to the first two — not what you should be going for when you feature this much action movie talent.

In addition, while the movie did manage to squeeze in a few more legends (Harrison Ford and the aforementioned Snipes), some casting choices left the core audience scratching their collective heads. Ronda Rousey, Kellan Lutz and Kelsey Grammer (FRASIER!) all have no business being in this movie.

WHERE DO THEY GO FROM HERE? 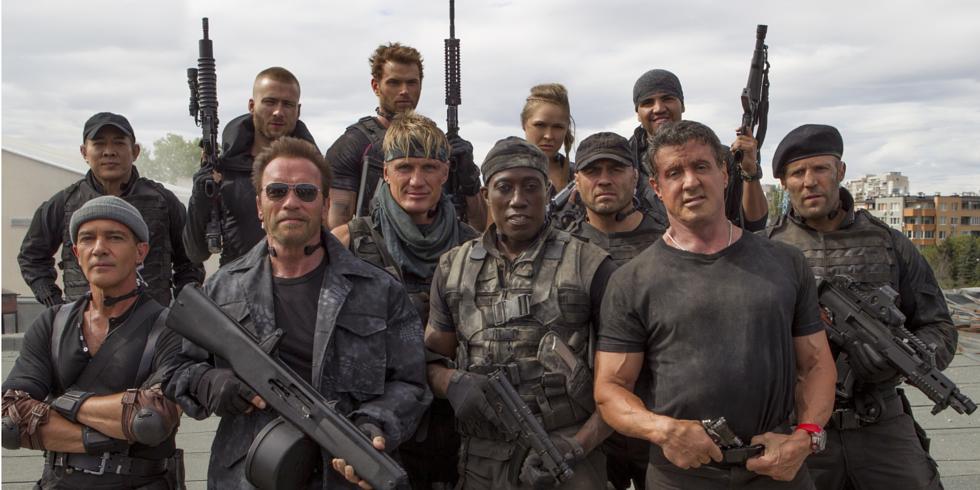 Before any casting choices are made, the movie needs to be rated R. That should be a given.

When people are cast, fillers should be avoided. The movie should feature action movie heroes, not youngsters. Nobody cares about them; people just do not want to see them in an action movie. Finally — and I can’t stress this enough — if you have a series titled The Expendables, some characters need to perish. There was a rumor that Terry Crews’ character (Caesar) was supposed to die in the third one, but he whined enough to have the character live. This isn’t “The A-Team”, where thousands of bullets are comically strewn about every television episode. Rather, it’s a movie series about a team of mercenaries prepared to pay the ultimate price in pursuit of a payday. Let some of them pay that price.

If not, it’ll feel like the producers are telling the audience they’re expendable.