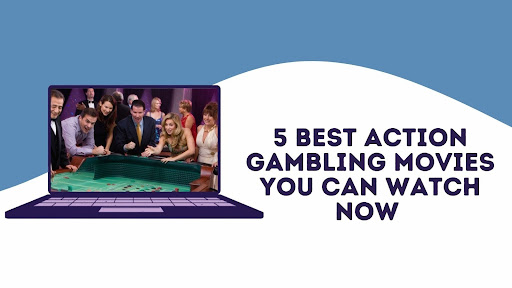 Gambling movies let people have a peek into the world of casinos. And this could be a reason for the popularity of casino brands such as Slots Charm Casino, Casino Gap, etc. It has been reported that gamers find it exciting to watch others win in movies. The list comprises unique and popular gambling action-based movies:

The story follows Sam Rothstein who is also known as “Ace”. He is a sports handicapper and a Mafia associate. The Mafia sends him to run The Tangiers Casino in Las Vegas. Sam, very soon, becomes the main boss of the Casino even though he remains in the shadows. He successfully doubles the profit and also transfers funds to the Midwest Mafia leaders. Nicky Santaro is recruited by a Chicago Mafia leader who happens to be Sam’s childhood friend.

Nicky tries to keep an eye on everyone but his own criminal activities put him under pressure. Sam on the other hand falls in love with hustler and dancer, Ginger McKenna and marries her. The movie then cascades into a series of misfortunes for Sam. Nicky gets banned from every casino and tries to borrow money. Ginger, an alcoholic, starts affairs with several men. A rift opens up between Sam and Nicky, even going to the lengths of killing each other. In the end, after a series of murders, the mafia is expelled from the casino business. Sam laments the loss and returns to being a sports handicapper in San Diego.

Uncut Gems is one of the best gambling-related movies that you can watch on Netflix. This is a thriller movie that follows the life of Howard Ratner who runs KMH, a jewellery store in New York City. Howard struggles with his loans and comes in contact with basketball celebrity, Kevin Garnett. Howard had smuggled a gorgeous opal from Ethiopia and that arrived.

Garnett becomes obsessed with the jewel and considers it a lucky charm. Howard keeps collateral of Garnett’s 2008 NBA championship ring and gives him the opal. Tension rises as Garnett does not return the opal. An auction is held and the opal is priced at a million dollars. But you have to watch the movie to know what happened. The movie portrays the obsessive and dark world of gambling and the ending is tragic.

If you enjoy watching road drama films and casinos, then this is right up your alley. The story is about a selfish and quite harsh wheeler-dealer, Charlie Babbitt. He, on the death of his estranged father, finds out that his father has left the multimillion-dollar estate to his other son, Raymond. Charlie sets up a meeting with Raymond and they decide to go on a cross-country road trip.

The story unwinds as Charlie’s Lamborghini is seized by his creditor and now has a debt of $80,000. So, the two brothers plan to win back money by playing blackjack. The beauty of this movie is that in the end, it is not the money but the newfound relationship between Raymond and Charlie that is celebrated.

This is a heist drama and was influenced by the true story of the MIT Blackjack Team. Ben, who is a major in mathematics is accepted into Harvard but cannot afford the exorbitant tuition money. Ben comes to know Micky who invites him to join the Blackjack team.

Ben, as time goes by, becomes obsessed with Blackjack and starts to lose money. He falls out with Micky and ends up deceiving him with Williams. The final scene shows Ben recounting this tale of gambling, betrayal, and luck to a dumbfounded scholarship director.

Molly’s Game is based on the 2014 memoir of Molly Bloom. The story follows Bloom who runs the huge empire of underground poker. But Molly comes under the investigation of the FBI and they start investigating numerous Hollywood celebrities, athletes, and the Russian mob. Her empire is exposed. All of her assets are seized.

She gets arrested by the FBI after 2 years and Molly seeks help from Charlie Jaffer, a high-profile lawyer. But when he demands a record of gambling, Molly declines the offer. She fears for the privacy violation of her players and pleads guilty.

Gambling practices are on the rise. It has been counted that as of 201, there are around 400 commercial casinos in the US. These movies are exciting and also reminds one of the downsides of the casino industry.