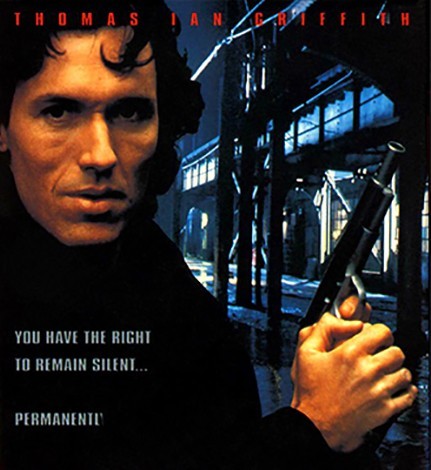 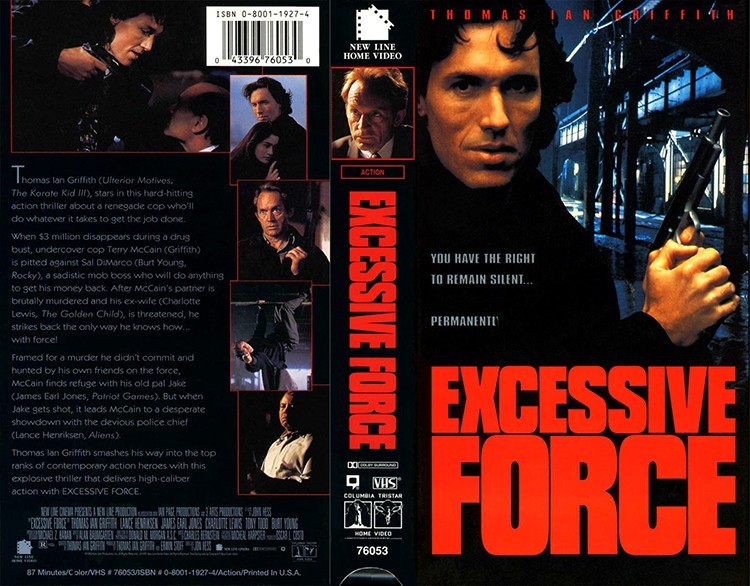 Excessive Force is a fun little direct to video actioner from 1993 starring Mr. Terry Silver himself, Thomas Ian Griffith, as an asskicking, mullet rocking, jazz playing badass cop taking down mobsters in Chicago. The movie was intended to make Griffith the new action hero of the 90s. And that was no easy feat. The 90s were literally drowning in a sea of new movies starring guys who were being hyped up to be the “New Big Action Hero”. Jeff Speakman. Gary Daniels. David Bradley. Jeff Wincott. Sasha Mitchell (Yes, even Cody from Step by Step). So many potential new action stars. But Griffith was different. See, the difference between Griffith and a lot of those guys was… he could actually act. He wasn’t Pacino/De Niro quality, but he was a hell of a lot better than his competition, including the main martial arts action guys of the 90s, Jean Claude Van Damme and Steven Seagal.

He was also a decent writer, having not only penned this movie, but also co-wrote the story of the movie Ulterior Motives (which he also starred in) and my favorite Lorenzo Lamas movie (yes, I like Lorenzo Lamas movies…), Night of the Warrior. And with a supporting cast like the great Lance Henriksen, Tony Todd, Burt Young, and James Earl Jones, this movie had all the ingredients in place to make it a sure fire classic. But did it work? Let’s find out…

“You have the right to remain silent… permanently.”

Griffith plays Terry McCain, an angry cop/jazz musician/Kickboxer with a chip on his shoulder and a supermodel girlfriend (played by Charlotte Lewis). After an impromptu drug bust, he feels he has enough to take down his arch nemesis, vicious crime boss DiMarco (Burt Young). But the case is thrown out due to his use of excessive force (roll credits) on a witness. Also, after $3 million goes missing from the bust, DiMarco believes Terry and his partners stole it, so he starts taking them out one by one. Now, only Terry is left to stop the bloodshed, but there may be more going on behind the scenes…

Excessive Force goes for more of a stylish, gritty crime drama tone that is reminiscent of Seagal’s Out for Justice and Chuck Norris’s Code of Silence (minus the robot at the end, of course) than the more over the top nature of a lot of 90s action movies that featured a kickboxing protagonist. And it works really well for this particular story. Plus, as he showed in Night of the Warrior, Griffith was pretty good at creating an urban film noir with a Kickboxer for a hero. He also creates a genuine air of mystery, and with a twist coming late in the movie that you don’t really see coming.

The cast is truly the best thing about the movie. Griffith gives a forceful performance that really carries the movie. If it had starred any other person, I don’t believe it would have worked as well as it did. He is supported extremely well by his castmates. Henriksen can play roles like this in his sleep, but he still gives 100% to the proceedings. Todd is great as one of Griffith’s partners, and Young and Jones really give the movie a touch of class. Just so many things in place to make this a bonafide action classic. There was just one thing missing: Livelier Fight Scenes.

“Die with a little dignity!” 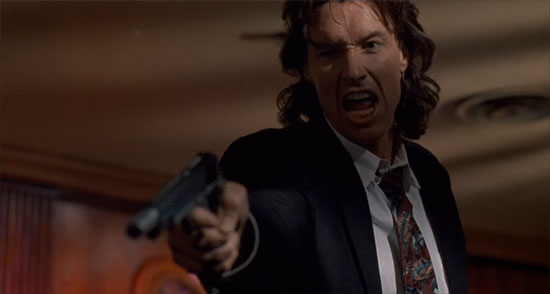 While director Jon Hess works wonders with the dramatic scenes, he fails to bring any real flair to the fisticuffs, giving the button mashing style fight choreography zero life whatsoever. Griffith is very impressive physically, especially for a guy his size. But he seems to do the same sequence of moves every time, and Hess just doesn’t find a creative way to make them look like anything other than average.

See, at that time, limited move sets weren’t necessarily a bad thing. You could say Van Damme was limited, but at least his directors brought some oomph to his fight scenes. Here, it’s just: Front Kick, Roundhouse, Spinning Back Kick, Repeat. And it’s shot in such a workmanlike manner. There’s a scene where he’s kicking the crap out of a hit man dressed as a delivery guy. And it’s literally the guy just standing there as Griffith kicks him. Was there no better way to shoot that? Maybe a few different angles on the kicks, with a couple of tight edits to add a little weight to each blow, and some slow motion for good measure? I can understand if they were pressed for time, this being a low budget production whatnot, but lord! And the sound effects are too soft. The punches and kicks sound like couch cushions being hit by wiffle bats half the time. When I watch a movie like this, I want the blows to sound like cannons going off, you know?

The shootouts fare a little better. The opening sequence has a few good movements to go along with the bullet slinging. And some double fisted gunfire to boot. Somebody was watching John Woo movies. There’s also a shootout in a garage that’s pretty cool, especially a really badass moment where Griffith jumps up onto a pole and hangs there while shooting at a car passing below. I like stuff like that. And a confrontation at a farmhouse late in the movie works really well. There’s some good stuff in here.

“Finally, the punishment fits the crime…” 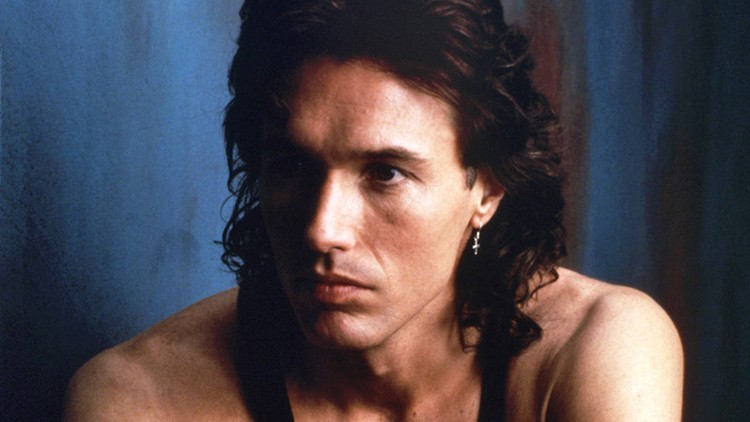 All in all, I enjoyed this. But it is somewhat of a shame that it wasn’t the vehicle that was the one to take Thomas Ian Griffith to the next level of action stardom. He really could’ve been one of the top guys of 90s action, in my opinion. And while Hess’s direction is serviceable and stylish enough, he could’ve done more to make the beat downs look a bit more visually exciting. Maybe if someone like a Andrew Davis or a James Glickenhaus were directing, this would’ve worked a lot better. But I like it as is.

Let us know what you think about the article in the comments or on our Facebook page!