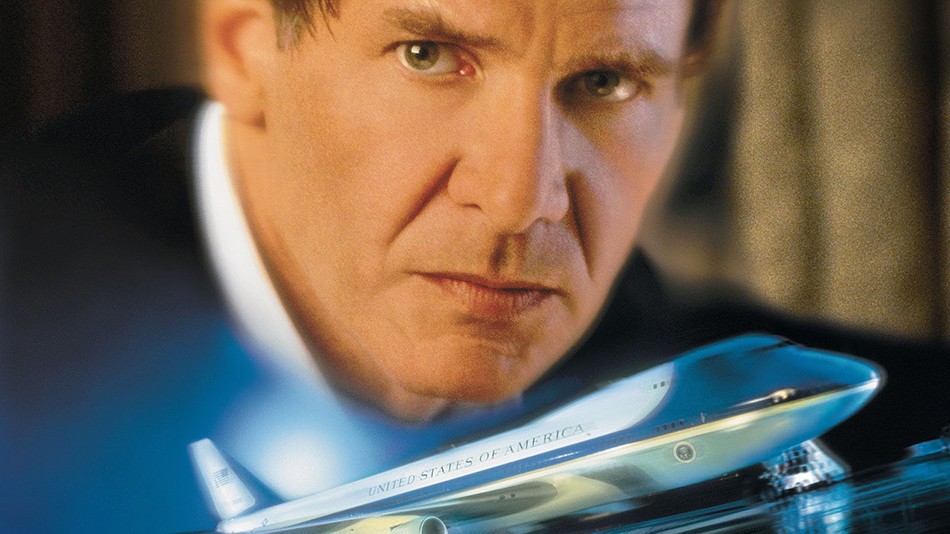 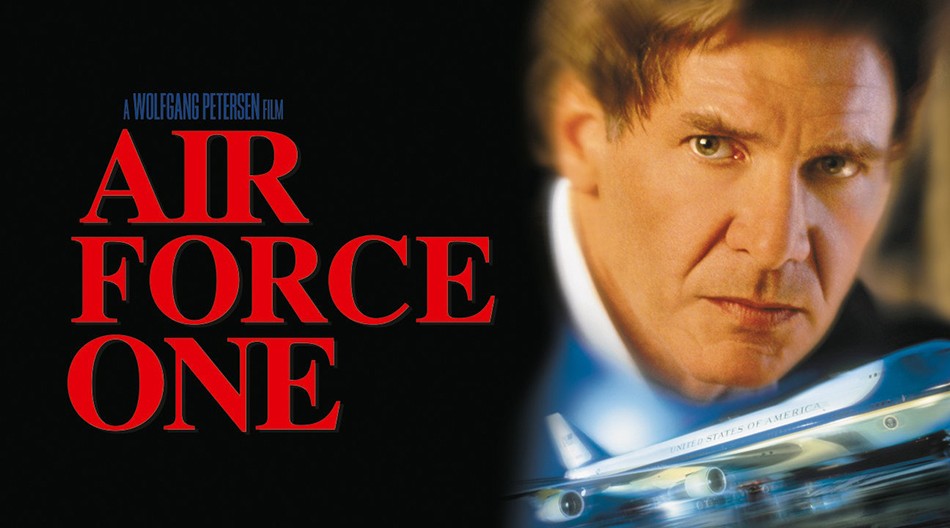 When I first viewed Air Force One (1997), I really did not like the film. That’s because for one weekend, it monopolized my television and I was forced to watch it because of a sibling’s love of Harrison Ford.

However, that’s not the case as I grew older and watched it independent of that experience. It’s not only one of Ford’s greatest roles of all time but it’s an interesting look at a what-if scenario: whether or not Russians could ever take over Air Force One. For Ford’s President James Marshall, it is a very frightening reality he has to contend with.

Following the capture of General Ivan Radek, the Kazakhstan dictator, Marshall praises the capture by US and Russian Special Forces and says at a diplomatic dinner in Moscow that the US will never negotiate with terrorists. However, Radek loyalists are about to put Marshall’s words to the test. Posing as journalists, they take control of Air Force One. Ivan Korshunov, who leads the hijacking, obtain weapons and kill many agents and military personnel onboard. They also take civilians. Marshall races to an escape pod in the cargo, seeking to escape, but he does the exact opposite.

What Korshunov does not know is that Marshall is a Medal of Honor recipient and veteran of the Vietnam War. This man has been through hell and back and he intends to make that well known to them. He is able to closely study them before killing some of Korshunov’s men. He uses a satellite phone quickly to contact Vice President Kathryn Bennett to let her and his staff know that he is indeed alive. Korshunov, meanwhile, contacts Bennett herself and threatens to kill a hostage every half an hour until Radek is released. 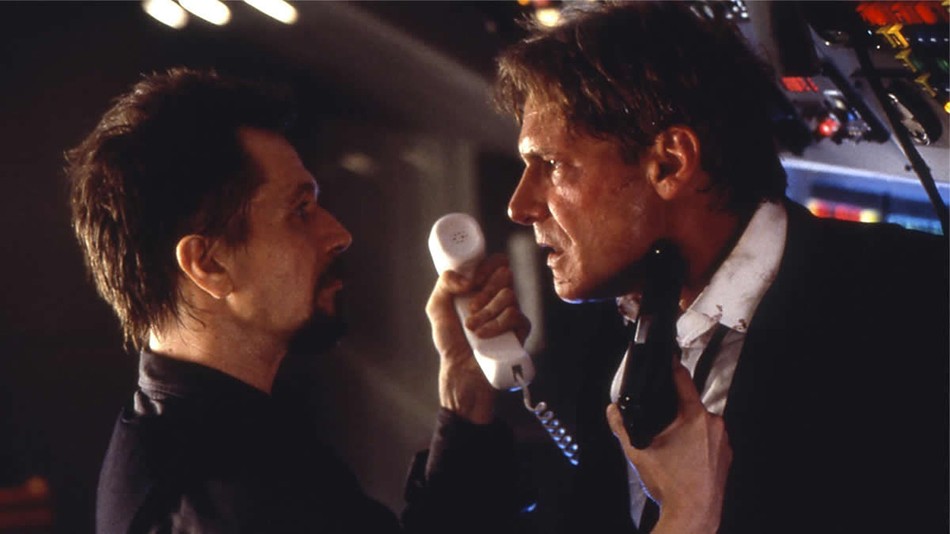 This is, perhaps, a situation the USA has never found itself in except something close to 9/11. In some ways, this film was a precursor to a successful attack by terrorists on US soil. Marshall works with his military advisers in the hopes of making Korshunov take Air Force One to a lower altitude. This could allow the hostages to parachute to safety off the plane.

Marshall hopes to escort the passengers himself but Korshunov discovers this and causes fuel to ignite, destroying a tanker, as he moves Air Force One away. The Radek loyalist eventually puts Marshall in a predicament he cannot escape: he captures Marshall, Lloyd Shepherd, the chief of staff, Major Caldwell, and Gibbs, a secret service agent.

Marshall has to contact Russian President Petrov and make sure Radek is released. Marshall is incapable of performing his presidential duties because of changed nuclear launch codes that were compromised. Korshunov and his men celebrate while Marshall kills him and the remaining henchmen. Immediately after, Marshall changes his order to release Radek and the latter is killed as he attempts to get to a helicopter waiting for him. While Miller and Caldwell seek to direct the plane back home, more Radek loyalists start to attack them. Subsequently, while no wake up call alarm clock is going off, the aircraft begins to lose fuel and altitude after a puncture to its wings and its tail damaged.

When “Get Off My Plane” Became a Thing

An HC-130 sends parajumpers to help rescue the survivors and ultimately, get everyone to safety. Gibbs reveals himself to be the mole and kills Caldwell and a parajumper before he dies in the Caspian Sea, as the plane crashes. Marshall is able to live another day and might buy that wake up call alarm clock he’s been eyeing for a while. What’s interesting about this film is how real a threat such a thing poses to our world. These sorts of events were not commonplace when Air Force One came out in 1997. Four years later, when September 11, 2001, happened, such things would not surprise anyone anymore.

Terrorists are out there and seek to destroy others’ ways of life. It is a scarier world we live in and one that does not seem to be slowing down anytime soon. The USA and the rest of the western world remain on alert always to impending attacks that could happen on our soil. It’s not a bad thing to have a president who still has military training. In fact, it could benefit us greatly once more, should another attack ever happen again.


About the author: Tommy Zimmer is a writer whose work has appeared online and in print. His work covers a variety of topics, including politics, economics, health and wellness, the entertainment industry, and a wake up call alarm clock.