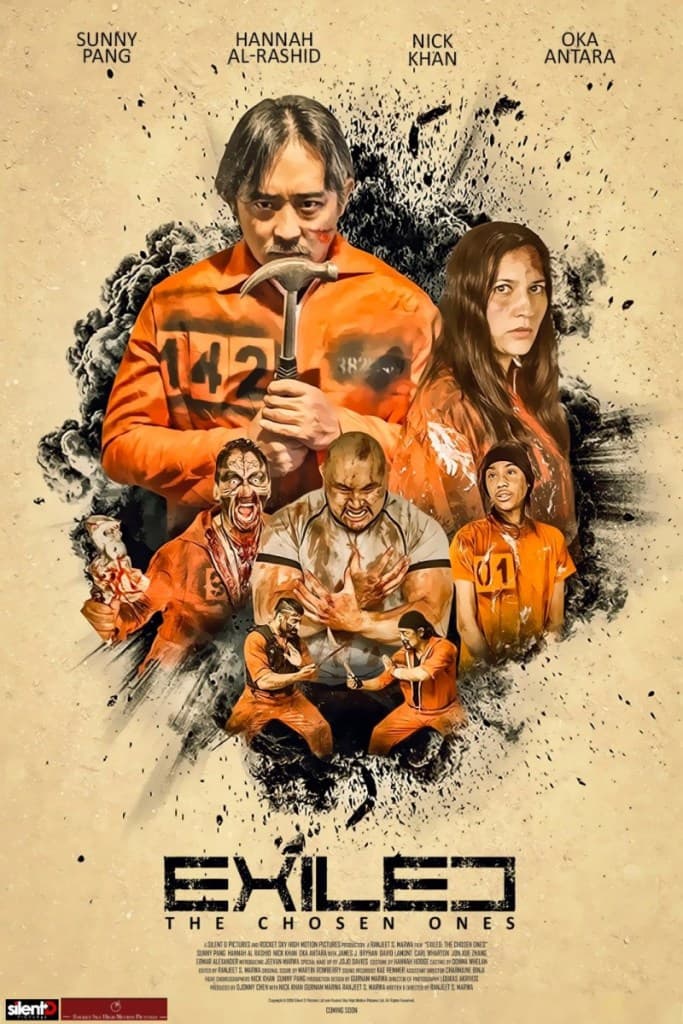 So, who’s ready for some news on a new, epic, blood drenched action flick?? If you are… then I have just the movie for you! From director Ranjeet S. Marwa comes Exiled: The Chosen Ones, an upcoming gritty and brutal action movie that stars Headshot‘s Sunny Pang, as well as Hanna Al Rashid, who appeared with Pang in the action masterpiece The Night Comes for Us.

UAMC Presents Exiled: The Chosen Ones

The synopsis reads: After a man-made virus failed to reduce the world’s overpopulated areas, global leaders would start a new program that would legitimize a new venture in a game show. The game would be broadcast live, where random contestants would be exiled into a concrete jungle, forced to kill each other for their freedom. Viewers would place their bets on who had a chance at survival. Be that as it may.no one survives the game.

If that’s not enough to whet your appetite for carnage, we also have the just released trailer for it! Have yourselves a look:

I don’t know about you guys, but that looks AWESOME!!! And you can be sure we at UAMC will keep you updated on this! Special thanks to my brother Lee Golden over at Film Combat Syndicate for the heads up on this!