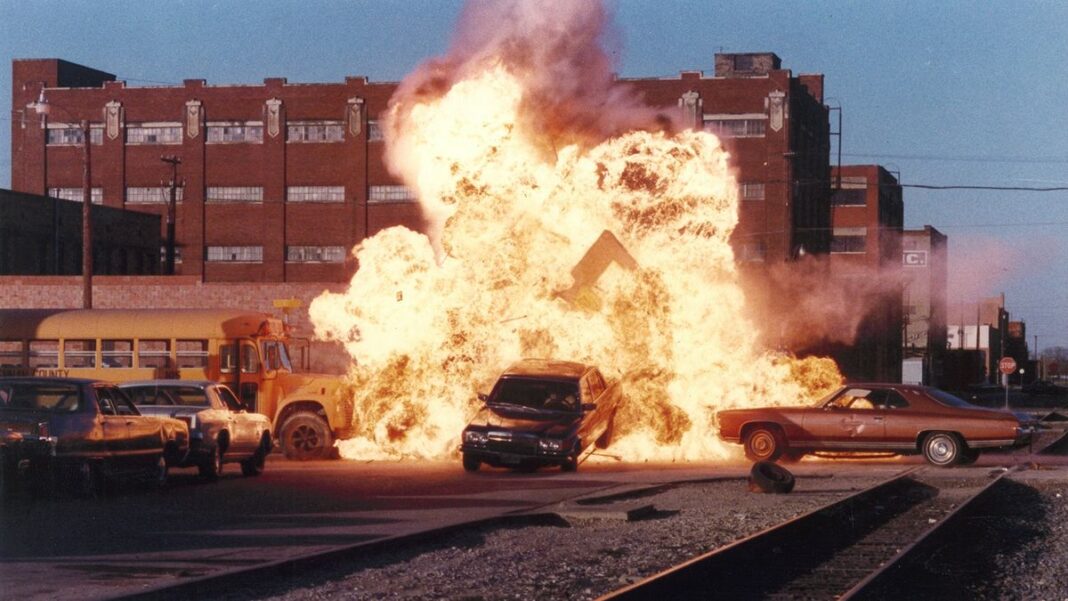 Gather your friends and get the beer and pizza ready… Action USA is truly an ultimate action movie watching experience! 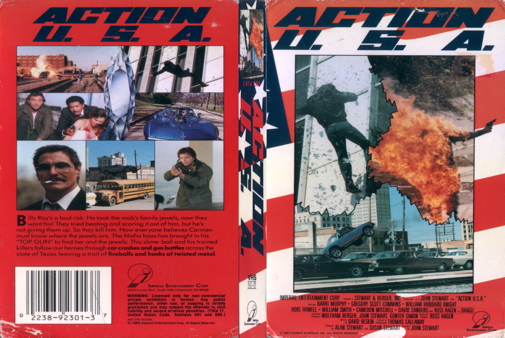 You know, as an action fan, I’ve experienced a fair share of disappointment. There’s honestly been entirely too many action movies that have  made promises they couldn’t keep in regards to their action content. Despicable. So nowadays, I try to be really careful. I don’t want my heart getting broken again.

So when I hear about a movie that’s called Action USA, my ears prick up. Action USA?? That’s a big promise you’re making there, guys. But with a title like that, how can I possibly ignore it?? I had to be sure, so I went ahead and checked it out. So, does it deliver? Let me break it down for you!

After her boyfriend is murdered by the gangsters whose diamonds he stole, a girl is protected by two FBI agents who plan to keep her from sharing the same fate.

Oh boy, does this one deliver! This movie goes out of its way to live up to its title! This movie’s main concern is car chases, high falls, bar brawls, and explosions. That’s all. You want a story? These filmmakers never heard of it! They just want to overload you with a gratuitous amount of spectacular stunts. And they sure as hell do!

Well, I may have been a bit hyperbolic. There IS a story present, but it’s not really that important. Just look at the intro for evidence. After 2 minutes of driving around, a beautiful woman is making out with some guy when two dudes, looking like Wolfman Jack’s brother and a buff Edward James Olmos, bust in and kidnap the guy.

After throwing him into the trunk of their car, they drive him to a nearby helicopter where they proceed to fly around while dangling him from it. The woman pursues them, and after surviving a magnificent fall from the helicopter into a river below, he and the girl get into their car and get into an epic car chase that sees like 17 cars destroyed, and countless near fatal collisions with pedestrians. 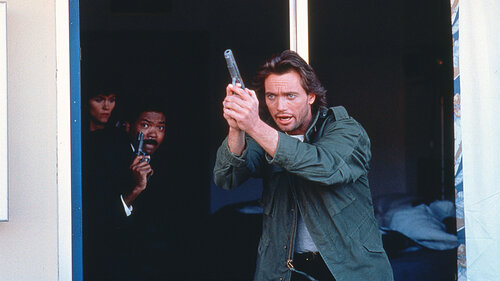 Oh yeah, the chase also caps off with a major car crash and massive explosion. This all happens about 3 mins into the movie, folks. These filmmakers really know how to set a tone, don’t they?

Oh yeah, about the story. It’s something having to do with hidden diamonds, gangsters, and the FBI. There’s 2 Agents that look like Great Value Riggs & Murtaugh that are trying to protect the girl, and there are 3 bad guys who are chasing them for the main mobster Frankie, and one of the guys looks like he raided Dennis Weaver’s wardrobe from the set of McCloud, and he carries a gun bigger than Jack Nicholson’s at the end of Batman, and his name is Drago, and it’s just them chasing each other for 80 something minutes. That’s all there is to it.

Acting wise, everyone is fine. The discount Riggs (played by the guy from Hack O’Lantern) and Murtagh are decent hero cops. The girl is cool, and the bad guys are an appropriate level of douchebaggy. The true standouts from the cast are Cinema legends Cameron Mitchell and William Smith, who look like they shot both of their cameos over the course of an hour each, although Smith does more. Mitchell looks like he never even left his house for his moments. 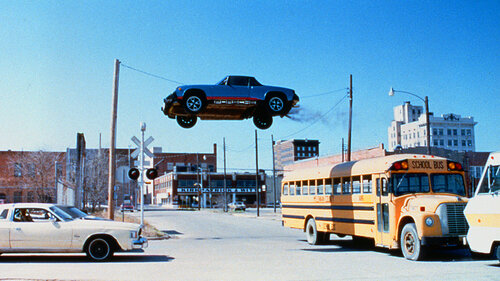 Any gripes? There were a couple of dull spots that left me thinking “For a movie that’s called Action USA, this is getting kind of Actionless–“, but then a car chase would break out and distract me. Or how the bad guys conveniently ending up at the same place as the good guys like 5 different times began to annoy me, but then something would explode, and I would forget all about that.

It’s that kind of movie, ladies and gentlemen. The best kind. Where the makers sought nothing more than to leave you entertained. The true definition of a beer and pizza movie. So do yourselves a favor: Grab a six pack, order a whole pie, sit back, press play, and watch all the mayhem go down.

And kudos to the Filmmakers and Stuntmen behind it all. You certainly fulfilled your promise. Salute.