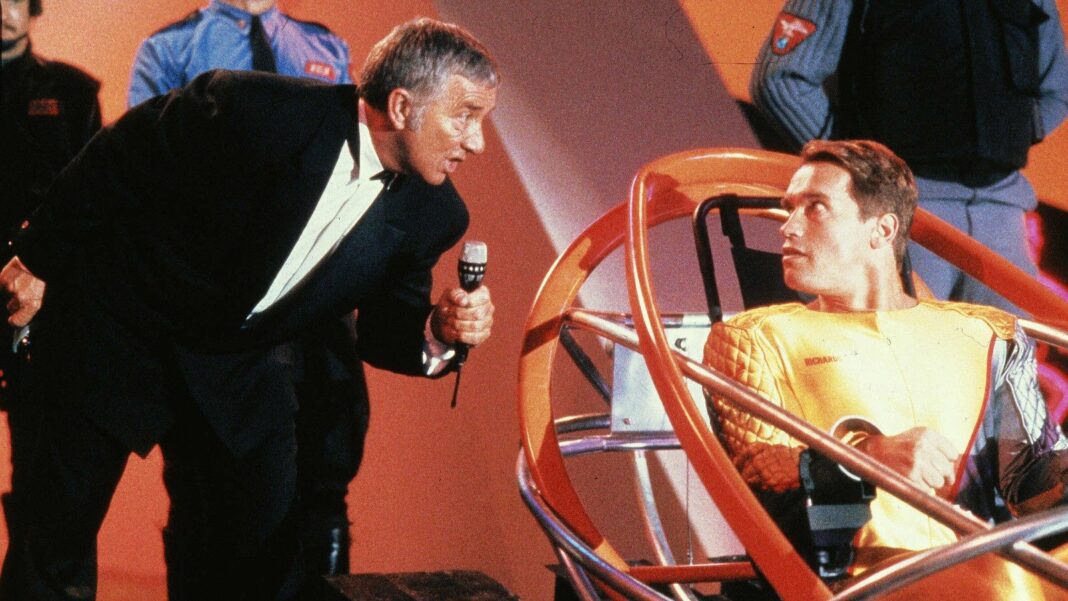 A look back at how Arnie’s dystopian sci-fi ‘The Running Man‘ remains a relevant – and ultimate – action classic! 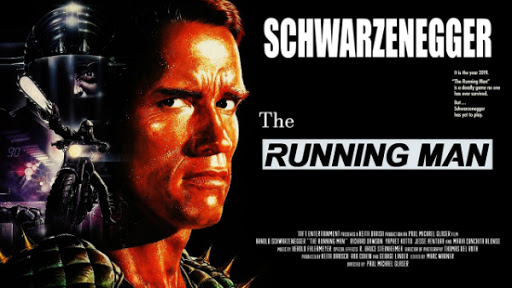 With everything going on in the world right now I can’t help but be reminded of a classic action movie I grew up watching constantly. One that mirrors the everyday horrors we see on the nightly news (I know it’s a 24-hour news cycle, but I still remember Tom Brokaw). Riots, heavy presence of militarized police, world economy at risk, T.V. and other forms of media controlling what we see and consume, not knowing if video clips had been altered to skew the opinions of the people….  What movie could I possibly be referencing, there’s no way any sane person could have written or predicted this in any form.

Well…. you’d be wrong in that assumption.

The Running Man Over 30 Years Later

The movie is 1987s The Running Man starring everyone’s favorite action star Arnold Schwarzenegger as wrongly convicted police officer Ben Richards. The movie begins with an ominous opening scroll laying out the dystopian landscape the world has found itself in, describing that the world economy has collapsed with food, natural resources (maybe toilet paper), and oil are in short supply. A police state divided into paramilitary zones ruled with an Iron Hand as well as controlling the television and entertainment industries.

The only the release the masses have been given are in the form of television programming and game shows, not just any game show will do but the number one rated show in the whole wide world ‘The Running Man’. A show designed to distribute justice to the worst of the worst the state has deemed guilty, a show created and hosted by one-man Damon Killian played to perfection by Richard Dawson (yeah, the family feud guy). Where the guilty are given a chance at a reduced sentence maybe even parole if they can survive three hours against ‘The Stalkers’, think American Gladiators but with actual weapons and permission to kill their opponents.

While we haven’t quite gotten to the televised executions part in this day and age, we do have some pretty ridiculous shows that are more akin to the one they showed called ‘Climbing for Dollars’ so don’t lose hope just yet. But we can book a flight from the comfort of our own homes with just a few clicks on the computer so we have that going for us. During my recent research about this movie I had to do some digging into who in their right mind would write something like this, I mean it had to be someone with a bit of a twisted mind and sense of humor.

To my surprise the movie is actual based on a novel by the same name and was written by author Richard Bachman, ok and…. sounds like just some random author that their story was stumbled upon. You’d be wrong in that assumption as well because that name is actually a pseudonym for none other than Stephen King himself! Starting to make a lot more sense now doesn’t it, the master of horror writing about something that could happen for real is in my mind a lot scarier than monsters and ghosts. 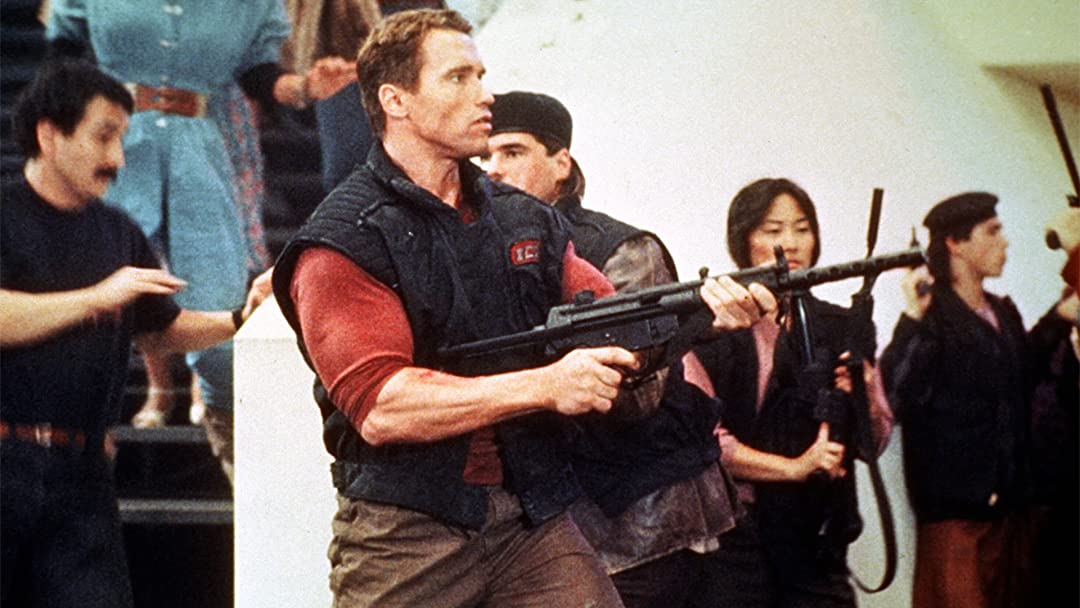 The movie itself is pretty much a nonstop action sci-fi adventure and quite possibly has the absolute most amount of one liners spoken by Arnold ever put in one of his movies. Seriously he had a line for just about every situation in the movie, from joking about the prison fight “who was acting” to telling Amber (Maria Alonso) to throw up on him “go ahead it wont show on this shirt”.

And of course, he’s able to work in his famous “I’ll be back” only to be outshined by quite possibly the best comeback ever spoken by the villain “only in reruns”. He has a quip for every stalker he kills along the way from Sub Zero now being known as plain zero and how Buzzsaw had to split after cutting him practically in half. It wasn’t just the bad guys he had comments about, he also threatened his companions during the game by telling them “if you guys don’t shut up, I’m gonna uplink your ass, and you’ll be underground”. It just wasn’t an action movie without one liners in my opinion.

So, let’s talk about what made this movie so memorable for most people…the Stalkers. Remember this movie came out before American Gladiators (1989) and was even the inspiration for the show, talk about life imitating art. By the time I was old enough to watch The Running Man I was already well versed in American Gladiators and WCW/WWF so of course this movie struck a chord within me when I first watched it. Seeing each Stalker come out to their own individual intros like Sub Zero cutting the gong in half, Buzzsaw cutting the metal beams, and even Dynamo singing opera as he electrified his sign with his name glowing in bright neon. It was just a spectacular display of over the top showmanship and by god I loved every single second of it! Not to mention the dancers adding some flamboyance to the show, fun fact the choreographer for the dancers was none other than Paula Abdul, neat huh?

All this culminated into the final battle sequence between Ben Richards who had swayed a majority of the audience into cheering for him as he killed each Stalker and Captain Freedom played by the most recognizable actor a kid like me would’ve known at the time, Jesse the Body Ventura. I remember being amazed by the futuristic technology that they used to make it look like Captain Freedom killed Ben Richards only to find out it was a stunt double, it just seemed so farfetched at the time (not so much nowadays what with deepfake tech).

Time for a Running Man Reboot? 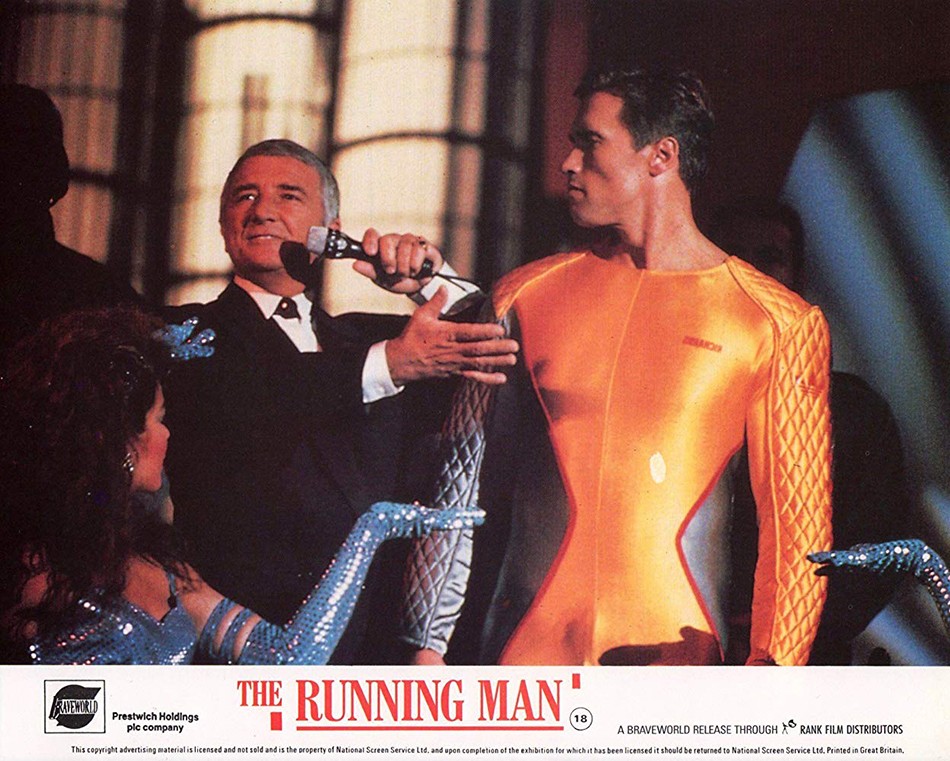 This movie still ranks pretty high on my list of must watch action movies when someone asks me my recommendations and what I’m about to say may be considered controversial even sacrilegious…. This movie needs a modern reboot! Okay settle down, put down the torches and pitch forks and hear me out for a minute. Just imagine this movie with the actual CGI tech we have available to us now, so much of this movie has actually became reality already, that combined with an endless list of people to portray Stalkers new and old with cameos and Easter eggs for miles.

Now I’m usually right there with you about not messing with the classics but, there is just something about this movie that could be done in a more modern setting and introduce an entire new generation to a movie we love only if the right people got involved and gave it the justice it deserves. I just recently introduced my teenage son to this movie and I had more fun watching his reactions than the actual movie, it took me back to a time when my dad let me watch this for the first time only now I know how he felt letting me watch it and at the end of the day that’s what makes these movies great.

When the world seems like its too much to handle, go home turn off the talking heads, pop some popcorn and load in an action classic…you wont be sorry!

Article by Charlie Chase – author bio: Growing up in rural Virginia most of my favorite memories are usually tied around action/sci-fi movies, and I’m now able to share those movies with my oldest. I have a passion for action movies especially, so much so I created a Facebook group called Give Me Back My Action Movies where we can discuss what made early action movies far superior to what Hollywood makes now. And because I crave talking about them so much, I decided to jump into writing about them and so far, I’m loving it so I hope I do it justice. 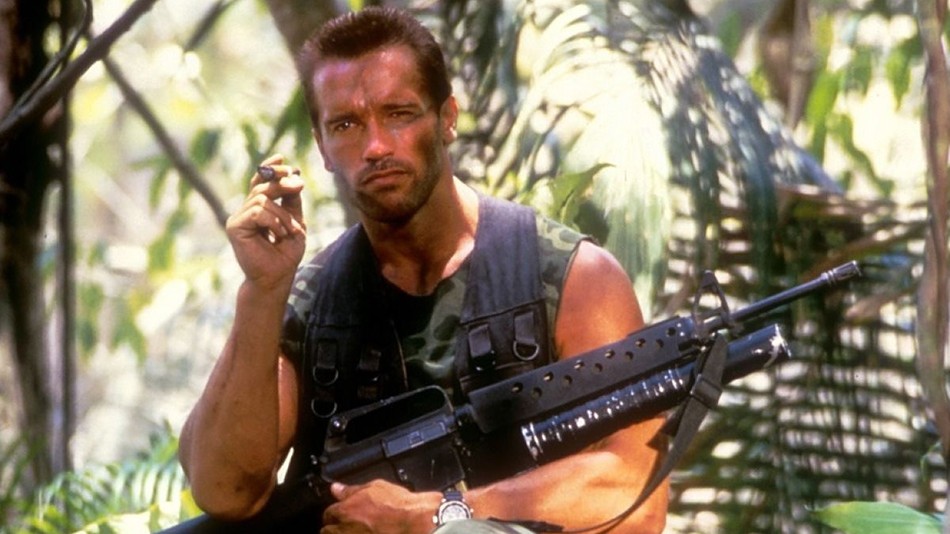