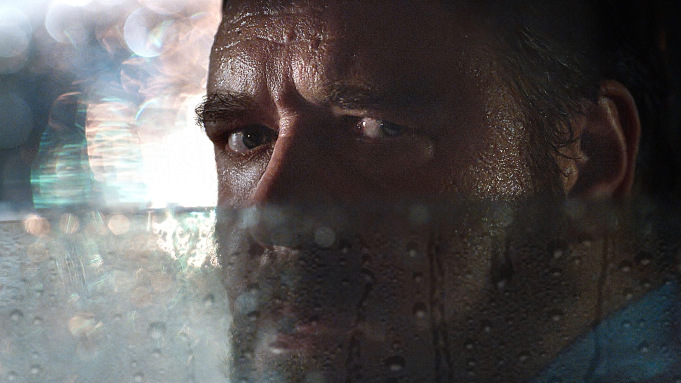 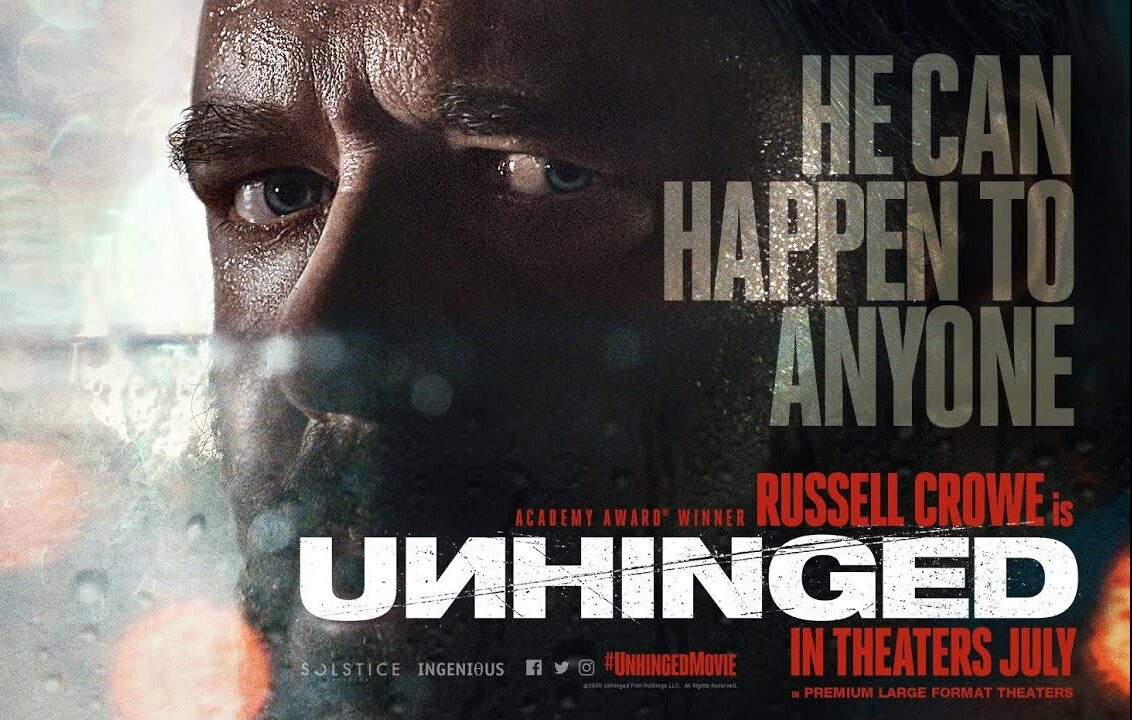 Once in a while a film comes along that delivers on its promises… And Unhinged is that kind of movie. It’s got thrills, bloody kills and Russell Crowe eating scenery like it’s going out of fashion. I was thoroughly delighted with the nasty little B-movie that pulls no punches and manages to somehow deliver a message amongst the carnage.

Crowe plays The Man, we never find out his real name, a crazed, newly divorced nobody who has just murdered his ex-wife and her new beau. Driving a monster pick-up and sporting body language that would scare Jason Voorhees, he establishes himself early on as a formidable threat with the double murder mentioned above. I was immediately taken with how old school the film treated its carnage.

Every film has to have a hero, and ours is single mom Rachael (Caren Pistorius), who from establishing scenes, is struggling with her new found singledom and juggling a career, and being a parent. Highly disorganised and sleeping on a sofa, it doesn’t take long for Rachael’s life to turn to hell. It gets worse when she goes bumper to bumper in peak hour with The Man.

A Mix of Scares and Action 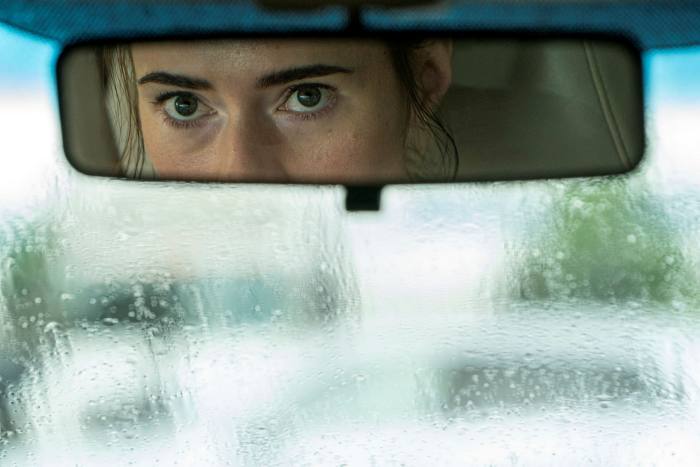 What should have been a simple misunderstanding, escalates into a full road rage incident that ends up with Rachael becoming the target of the murderous Crowe. Over the course of that day, The Man harasses, threatens and murders key people in Rachael’s life and if you think we’re  gonna get the PG-13 Disney version of Fatal Attraction, you’re wrong. DEAD wrong!

Unhinged wastes little time setting up its characters before throwing down the gauntlet. The film, despite its worn out genre and conventions, manages to pull off a couple of rather effective jump scares that left the audience gasping in my screening, and good news for action aficionados who like things real – it looks like most of the films driving and chase sequences were performed in camera – no lame CG or cars defying gravity that have become the norm in soulless big budget Hollywood pics of late. 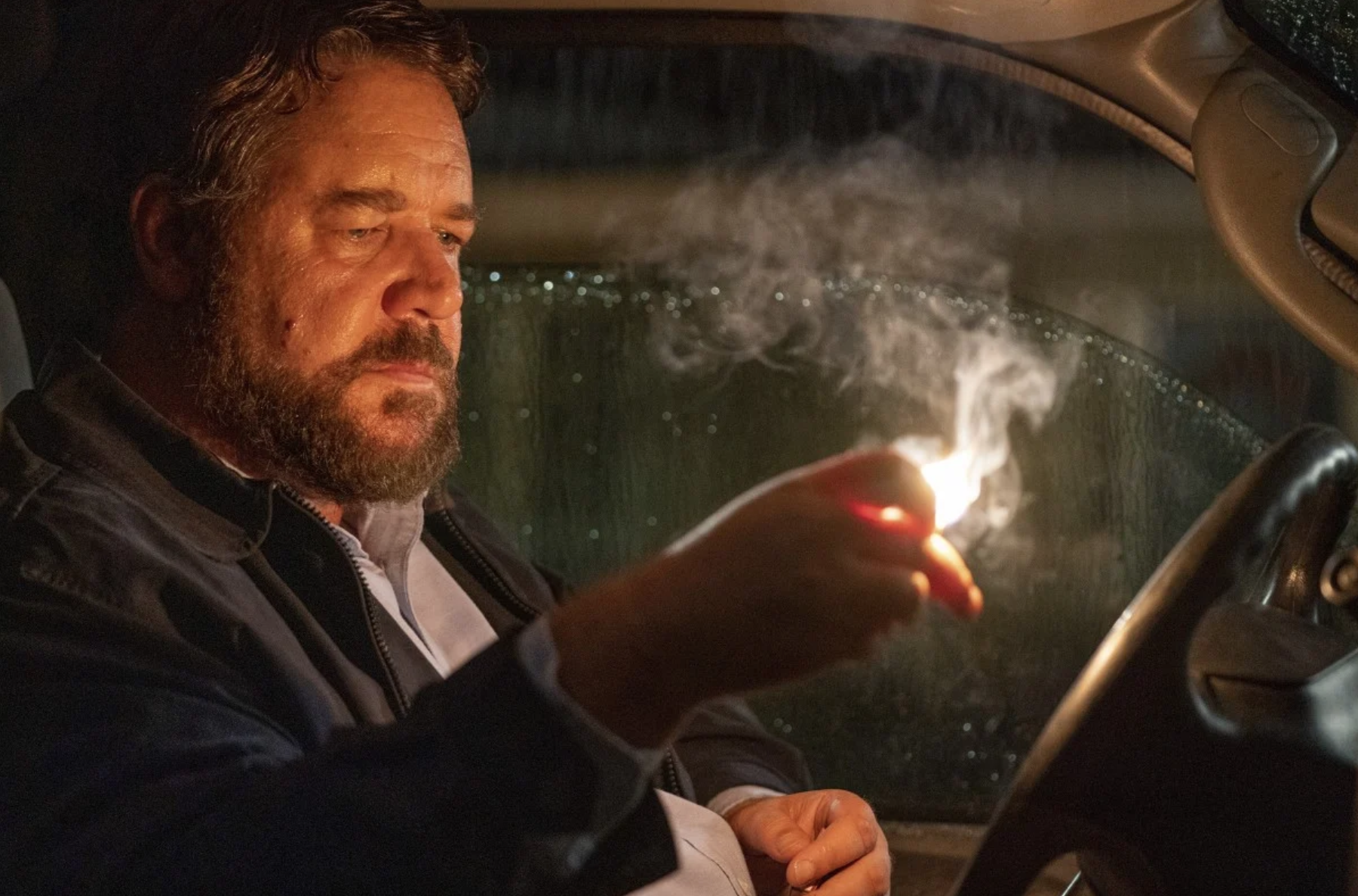 The bloodletting in the film is brutal and savage and will catch you off guard, especially the final kill. Newcomer Derrick Borte directs the action with an assured style and keeps things simple and the movie is better for it. If I had to compare this film to others, I’d say it would fit in nicely with early 90’s thrillers like Pacific Heights or Single White Female, with Crowe delivering a truly demented performance that would make Sir Anthony Hopkins blush.

All tech credits are top notch with DP Brendan Galvin, fresh off the superlative Last Blood, doing another great job capturing the action and death, and composer David Buckley proves again he’s yet to deliver a bad score. His electronic beat is unsettling and perfectly fits the tone of the grim pic.

Overall, Unhinged was a nice surprise. Highly original? No. Fun and action-packed? Yes. Crowe completely owns the role of the crazed madman, and if I had to complain I’d say my only real problem with the film is that the heroine never rises above the rank of damsel-in-distress. She’s no Clarice Starling, but it’s a small gripe for an otherwise excellent thriller. Unhinged delivers!

From a small country town where not many films played, Kent Church grew up on a steady diet of Coca Cola, horror magazines and action movies on VHS. If the movie didn’t have Chuck Norris or Eastwood on the cover, he wasn’t interested. His one core belief: Arnold Schwarzenneger must be President!! And James Woods Vice–President…