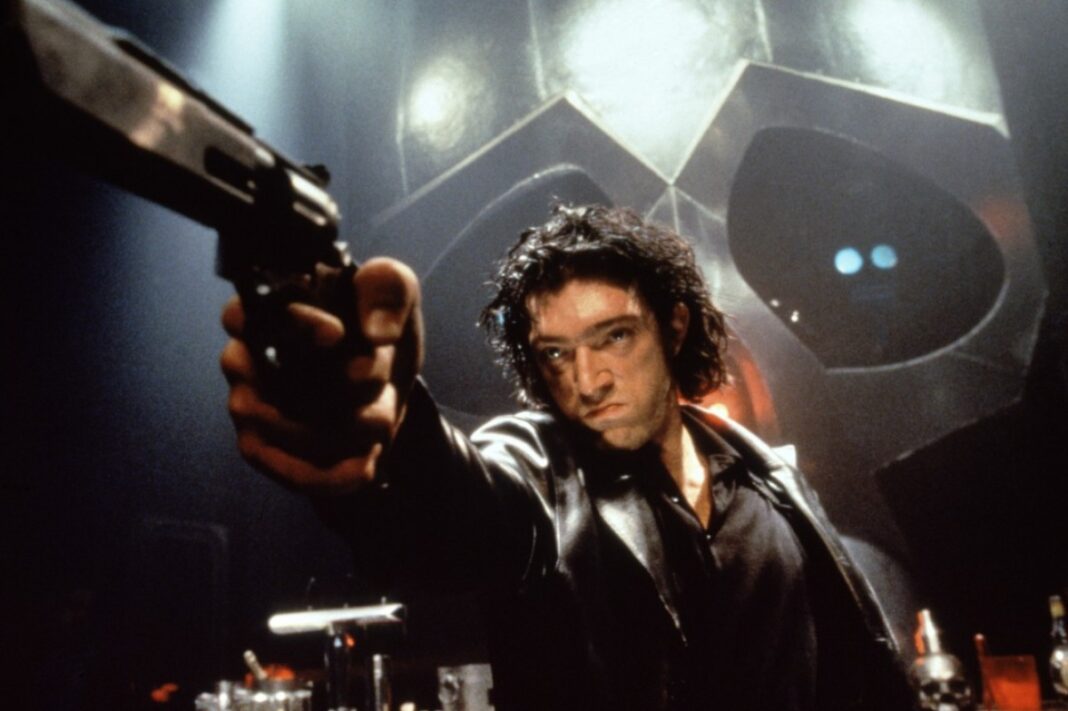 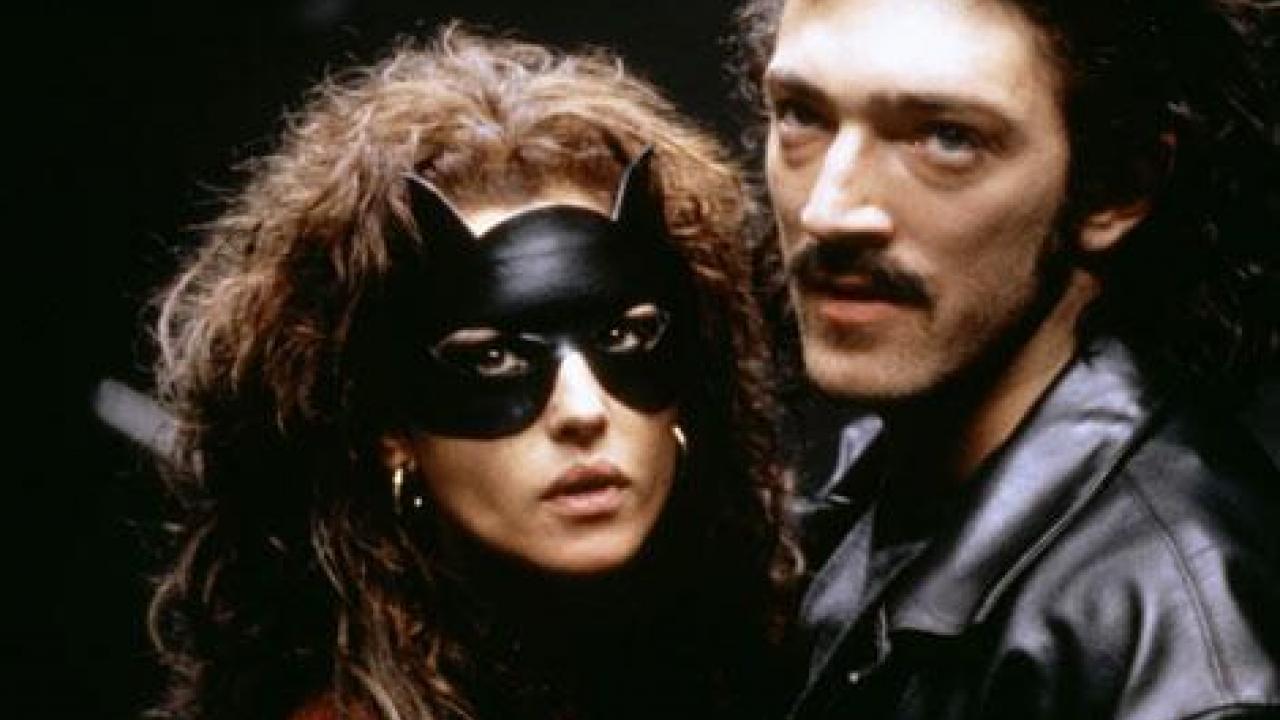 French action movies were not really a force to be reckoned with until Luc Besson entered the stage with the stylish classics Leon and La Femme Nikita in the early 1990s. In 1997 Dobermann came out, and while Besson was not involved in the making of the film, I believe he needs to be thanked for paving the way for a movie like it.

On the other hand, Dobermann makes every Luc Besson movie look like child’s play. Dobermann was directed by Jan Kounen, whose only prior credits were a couple of music videos for British synthpop band Erasure, and while music clip aesthetics are utilized in Dobermann, it could not be further from an Erasure video.

The gangster Dobermann and his gang terrorize Paris with their robberies. The police pick up their trail, but fail miserably in capturing them during one of Dobermann’s raids on a bank. The sadistic commissioner Christini makes it then his personal mission to hunt down Dobermann on his own account by the most brutal means possible. The plot of Dobermann is almost embarrassingly simple, but the focus of Dobermann is elsewhere, and that is on relentless spectacle, mayhem and action. Everything about the movie is in total overdrive mode.

First, there are the larger-than life characters of Dobermann and his gang. Driving around in high-end sports cars and carrying the largest handguns that exist, they are all a deranged, but strangely funny and charismatic bunch. Actors Vincent Cassel and Monica Bellucci (who were married at the time) lead the pack with their enjoyable performances, and went on to become superstars after Dobermann. Their psychopathic antagonist, police commissioner Christini, is portrayed by Tcheky Karyo who is a renowned actor in France. Outside of France he is mostly recognized for his other villain roles, such as in Kiss of the Dragon, James Bond: GoldenEye, and the first Bad Boys movie. If you think he was bad-ass in those movies, think again! His performance in Dobermann is so vile and intimidating, you need to see it for yourself. 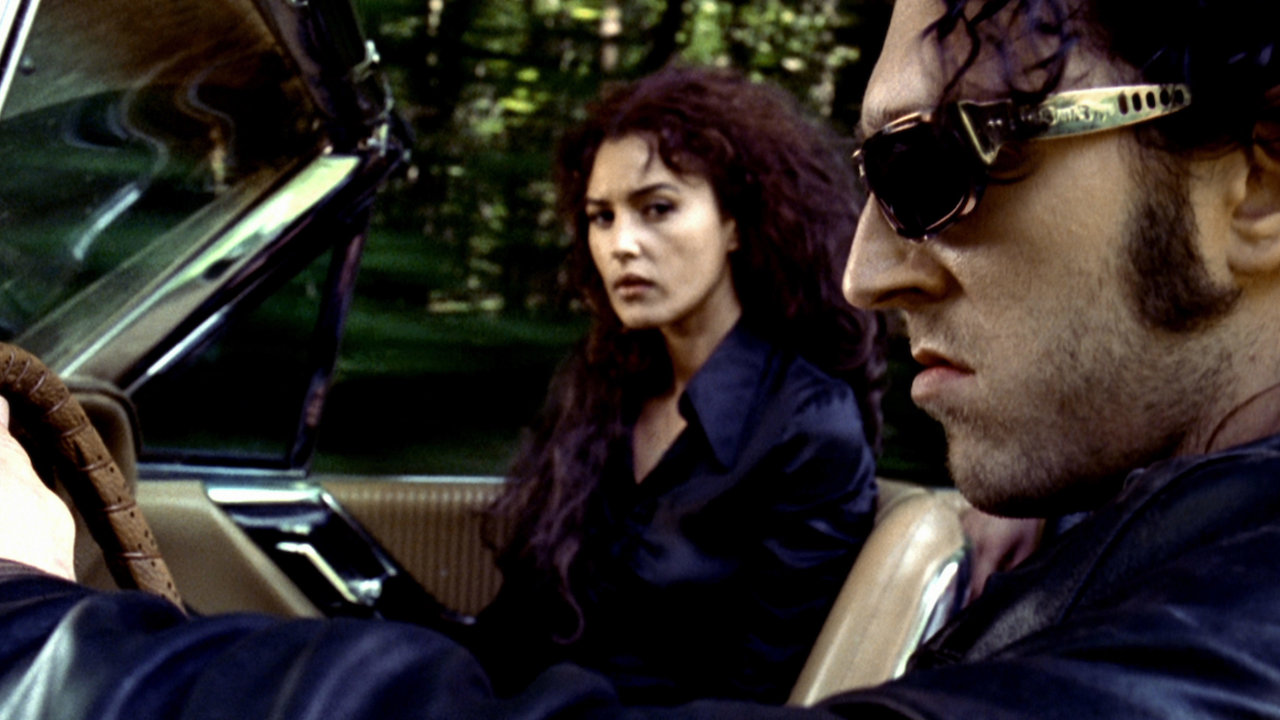 I think it’s fair to argue that Dobermann was inspired by other “chatty” and hip movies of the time such as Natural Born Killers, Pulp Fiction and Trainspotting, but the slick and foul-mouthed dialogues are really the only thing Dobermann shares with its peers. Dobermann is an all-out assault on viewers senses, and in that respect, it’s only spiritual companion from the time may be a movie like From Dusk Till Dawn, which had a very different setting, though. Just as with its peers, many of the dialogues just seem to be there for their own sake, and not really to move the plot forward. That’s no problem, though, as they are highly entertaining in themselves, and have no idle moments.

Dobermann is filled with profanity and brutality. The humor is fairly crude, and the characters all behave in fairly extreme ways. The action is ferocious, and all these things make it completely understandable that Dobermann may not be to everyone’s liking. Also, many jokes wouldn’t fly today anymore in an A-list production, as they would not be considered to be agreeable for the majority of cinema audiences. Yet Dobermann is far from being a sleazefest, as nothing can be taken truly seriously, even the most dramatic scenes in the movie. The hyperbole in the dialogues, characters and set pieces permeates everything. It is truly a comic book come alive, more specifically an adolescent boy’s favorite comic book.

The crazy dialogues are complemented properly by high-octane action scenes. They are fast, stylish and filmed with great timing. Utilization of unusual camera perspectives an a pumping electronic music soundtrack also help to keep the adrenaline level high. The last third of the movie is a delirious, stroboscopic bloodbath with an intensity I have rarely seen in an action movie. Filmed partially from the perspective of some of the characters being high on drugs, it’s almost an acid trip in itself, but an ultraviolent one.

Dobermann will divide viewer’s opinion due to it’s abrasiveness. Irrespective of this, it is a highly energetic movie with a cast of charismatic actors, and incredibly tight action scenes. It is one of the all-time masterpieces of European action cinema.