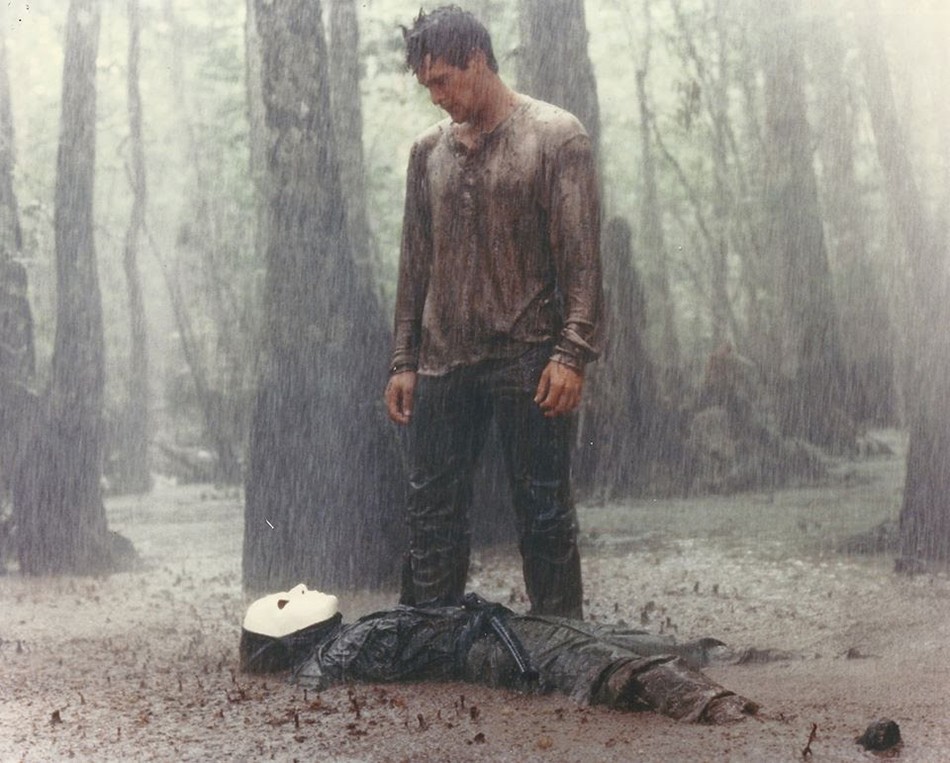 Michael Dudikoff is the icing on an ultimate action movie cake that is Avenging Force (1986). 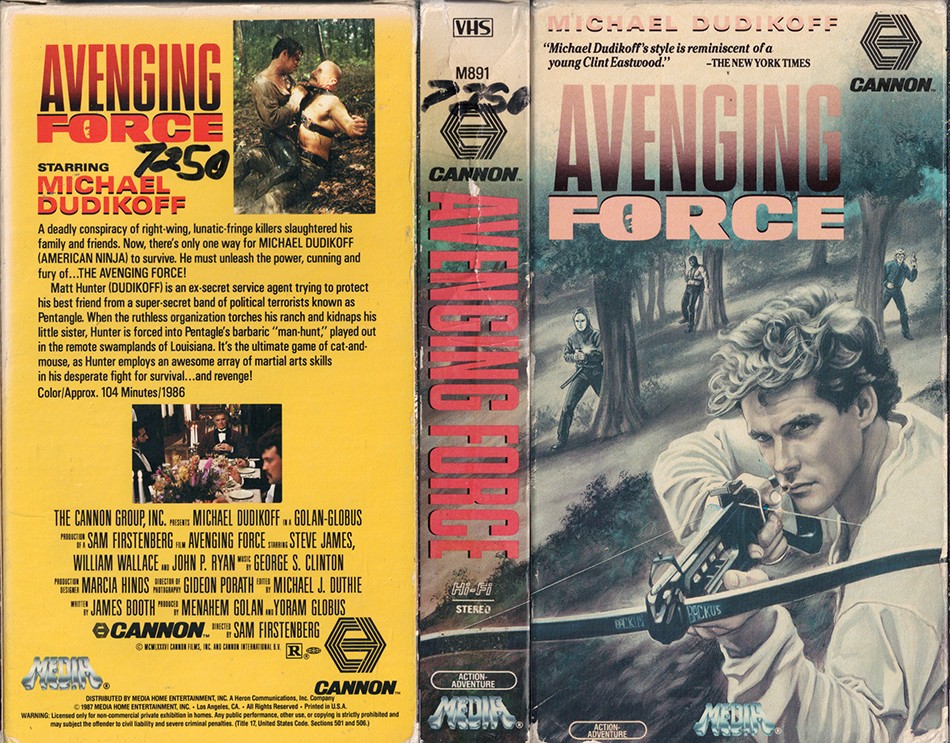 There’s a lot to love about about the 1986 action classic Avenging Force. It stars Michael Dudikoff. It also stars his usual American Ninja partner Steve James. It has a quartet of awesome bad guys. It takes place in a Mardi Gras filled New Orleans with tons of creepy cool retro imagery. And it has all the kickass ingredients to make an ultimate action movie.

From Chuck Norris to Michael Dudikoff

First, to truly appreciate Avenging Force, one must watch the 1985 action classic Invasion USA – starring UAMC-favorite Chuck Norris. Which is notable for being both one of Chuck Norris’ greatest action movies, and one of UAMC’s most ultimate Christmas flicks of all time!

Originally conceived by Cannon Films’ patriarchs Menahem Golan, Yoram Globus as a direct sequel, Avenging Force was passed on by Norris. It’s tough to say what caused Norris to balk at the idea of following up Invasion USA, but it probably just came down to the fact that both Norris and Cannon Films were in full swing in 1986 and we’re doing their darndest to turn out as many action classics as possible.

However, never ones to let any movie go to waste, Avenging Force was recast with Cannon Films up-and-comer Michael Dudikoff, who plays the same character (pretty much just in name) – Matt Hunter. And how many characters can say that they’ve been played by action legends like Norris and Dudikoff! 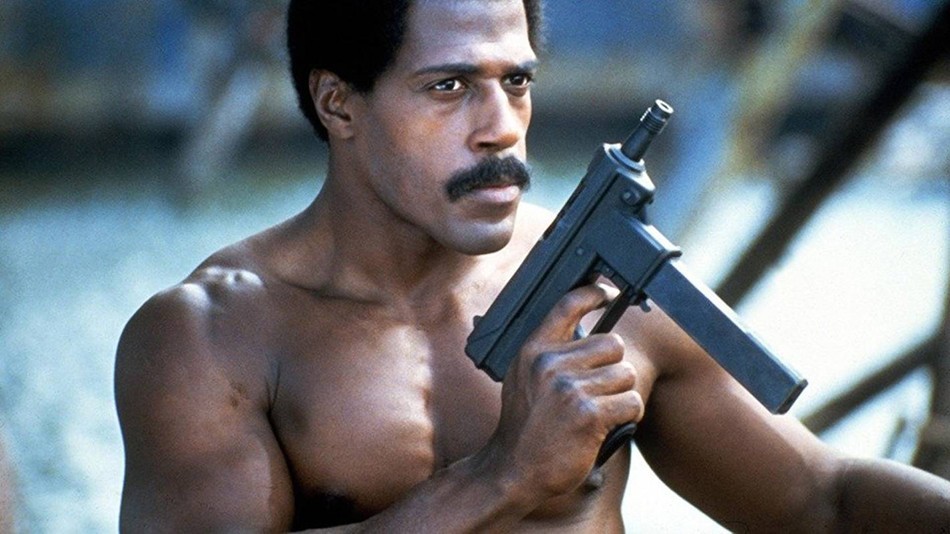 Avenging Force, for those who haven’t seen it or who need a refresher, finds Dudikoff’s Matt Hunter up against an evil, elitist group of manhunting neo-nazis in the vibrant bayous of New Orleans. And these guys are bad. Like blow up a house with women and kids just so they can get their rocks off on a brandy-fueled hunting exposition.

Dudikoff is reunited with his American Ninja camaraderie Steve James, who plays Larry Richards. Who you’ll be happy to see is running for public office by taking off his shirt and showcasing his advanced skills in martial arts and gunwork.

Michael Dudikoff Has the Look 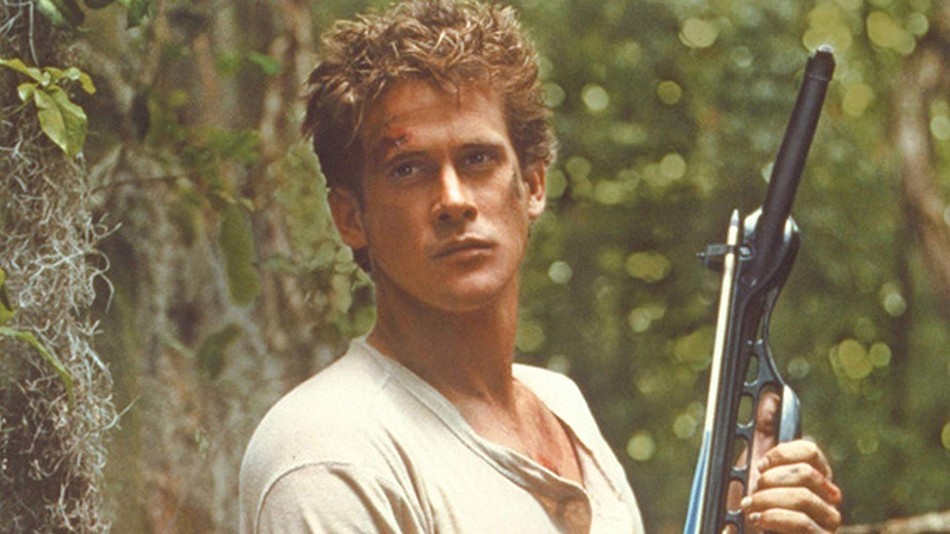 It’d be easy to say Dudikoff is a B-level action movie star (behind the likes of the aforementioned Norris, Arnold, Stallone, Bronson, Seagal, Willis, etc…), but if Avenging Force would just be appreciated for the action classic that it is, Dudikoff should be right there with the A-team. His performance in Avenging Force is just fantastic.

His action has always been good, and his martial arts work is solid for sure. But the man’s look is perfect. It’s a bold statement, but Michael Dudikoff is the James Dean of action movies. His broody demeanor just pops off the screen.

Not to give away an particular spoilers, but when things go down and Dudikoff is forced to chase down the mysterious “Pentangle” villains, you can see the simmering anger within.

Also, those mysterious pentangle villians… man are they great! Led by Prof. Elliott Glastenbury (John P. Ryan), the foursome are a colorful bunch who done their favorite mardi gras costumes for their Most Dangerous Game exploits in the Louisiana bayous. The opening sequence of the film showcases just how over-the-top their actions can be, which creates just an awesome cartoon of violence that suddenly becomes real when they kidnap Dudikoff’s sister (image how that goes for them).

Overall Avenging Force hits hard and often. It’s got a great star, surprisingly well-conceived plot, and just great action moments throughout. Always worth checking out or revisiting this action classic!


What are your thoughts on Dudikoff in Avenging Force? Let us know in the comments or on our Facebook page!