Ranking the best and MOST ULTIMATE Christmas action movies to watch over the holidays!

Just because you’re with family and friends over the holidays doesn’t mean you have to spend the whole time watching sappy family films and rom-coms. You can still celebrate the season by smashing some kick-butt action movies into your VCR.

Here are 10 awesome options to consider this Christmas season.

A post shared by The Ghost Who Walks Movie (@theghostwhowalksmovie)

A little known newcomer to our list, but if you haven’t heard of Cody Stokes‘ indie action thriller The Ghost Who Walks – man, you’re missing out! Starring Garland Scott, Frank Mosley and Alexia Rasmussen this gritty actioner certainly knows how to deliver the holiday cheer. And while it might be dark and brooding, it also packs some solid laughs – as well as some very intense and ultimate action!

While your Die Hards and Lethal Weapon selections might get higher holiday billing below, don’t ignore the pure and awesome Direct-to-Video classics like Riot starring the legendary B-movie star Gary Daniels! And what’s that? You want bigger star power than that? Well, how about co-starring Sugar Ray Leonard as the duo help bring in the holiday cheer with this fun and rough-and-tumble actioner that you have to see – preferably on VHS or LaserDisc if you can find it!

Another newer action flick to add to your holiday list, we have the perennial UAMC legend Mel Gibson in perhaps his finest form ever as the true ultimate action movie Santa Claus in Fatman. We also get to see Mel take on Walton Goggins for good measure as this dark take on your favorite yuletide carol.

And while Fatman might be more post-modern than your standard 80s/90s action movie flare, don’t let the absurdness of the premise muddle the fact that it still kicks some major ass. A great option to fill in between other holiday action classics for a new action flavor. 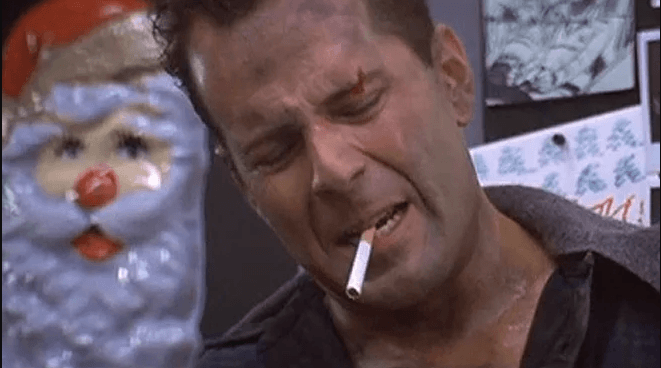 If Die Hard 2 is number 7 on our list, you can guess where the original Die Hard is going to end up. But not to distract, Die Hard 2 is still a very awesome action movie worth enjoying time and time again. Bruce Willis reprises his role as John McClane as the action picks up on Christmas Eve two years after the first movie.

McClane is minding his own law-abiding business in an airport when terrorists take over air traffic control with his wife en route. So, John McClane has to do what John McClane does best… again.

Check out our ultimate list ranking the Die Hard movies!

Our number 6 selection may be a surprise to many action movie fans who aren’t much of a stickler for details. But, if you look closely, you’ll notice that Sylvester Stallone’s first film in his ultimate Rambo franchise, First Blood, is definitely set during Christmas. At least it is in the town Rambo is pushed out from. So while the rest of America is enjoying the holiday cheer, Rambo is forced to re-use his ultimate Vietnam combat training to fight off the dumbass local law enforcement and survive in the wild. Not quite the best Christmas message, you think? 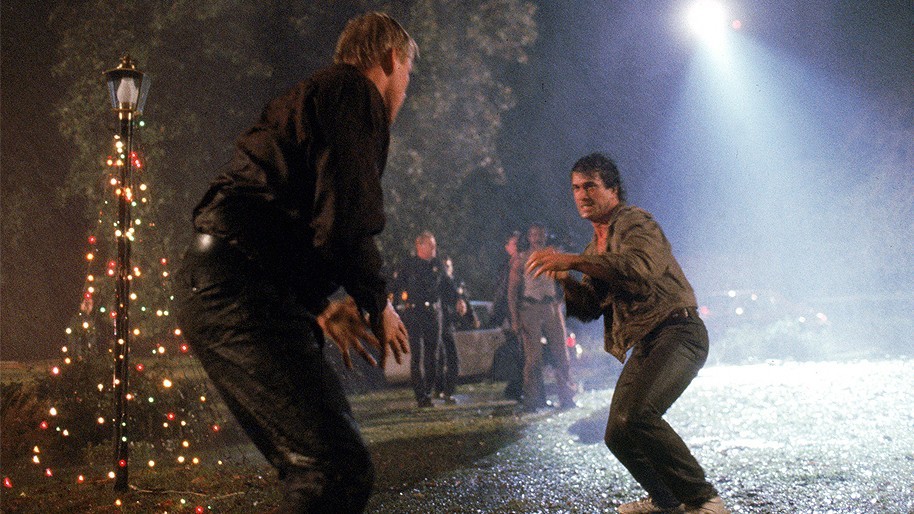 Although there are several scenes throughout which show the characters celebrating Christmas. Martin Riggs, Mel Gibson’s character, even tries to buy a Christmas tree from drug dealers in one scene.

Lethal Weapon is not widely celebrated as a classic holiday film. It’s time to change that. Because in its first installment, Mel Gibson and Danny Glover’s buddy cop film started a hugely successful action franchise which we are all eternally grateful and fill us with yuletide carols. 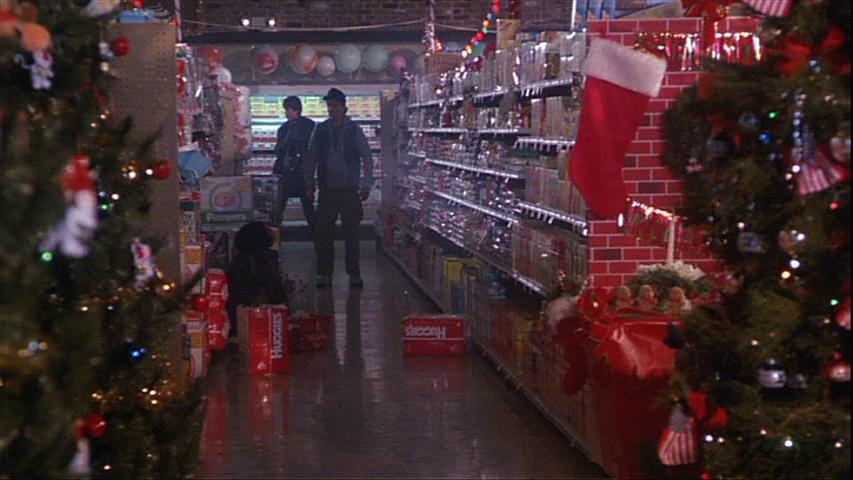 Similar to First Blood and to a lesser extend, Lethal Weapon, Sylvester Stallone’s Cobra is subtly set during the Christmas holiday season.

While there are probably more Pepsi logos than Christmas tree cameos throughout, the Xmas-vibe runs throughout the movie as a stark contrast to terrifyingly unwholesomeness of the new world order thugs who seem to only enjoy sweating profusely and cutting themselves. Meanwhile, Marion “Cobra” Cobretti, the ultimate loner, spends his holiday nights eating leftover pizza and while cleaning his guns. 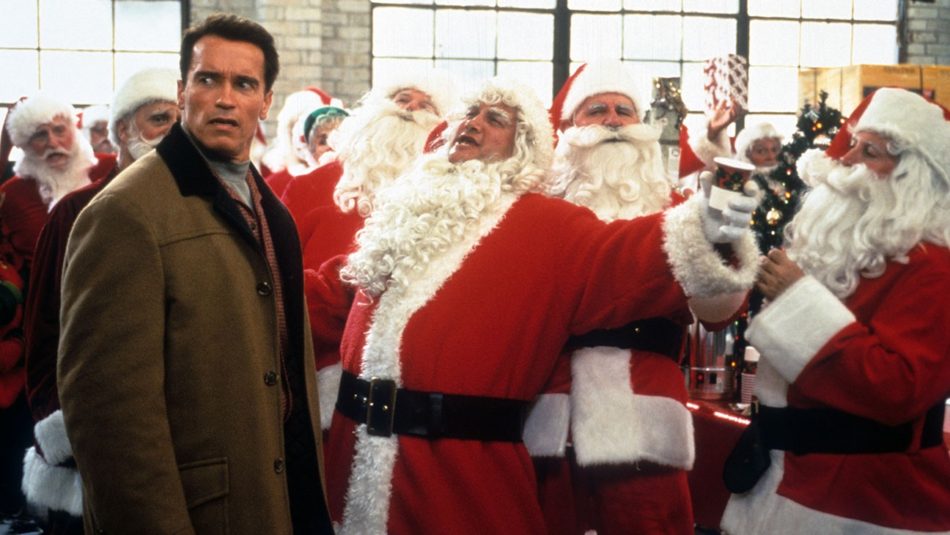 By the mid to late 1990s, Arnold Schwarzenegger had well established himself as both an ultimate action movie icon, as well as a family friendly action comedy star with movies like Kindergarten Cop (1990) and Twins (1988). Jingle All the Way was far more on the comedy spectrum than action, but is still an Arnold movie damnit.

But the movie does a good job of playing up on action movie tropes for some fun sequences. Plus, anytime Arnold yells, and he does it a lot, it’s awesome. If you’re looking for a family-friendly holiday movie option, you can at least have Arnold running around yelling for 90 minutes about holiday shopping. 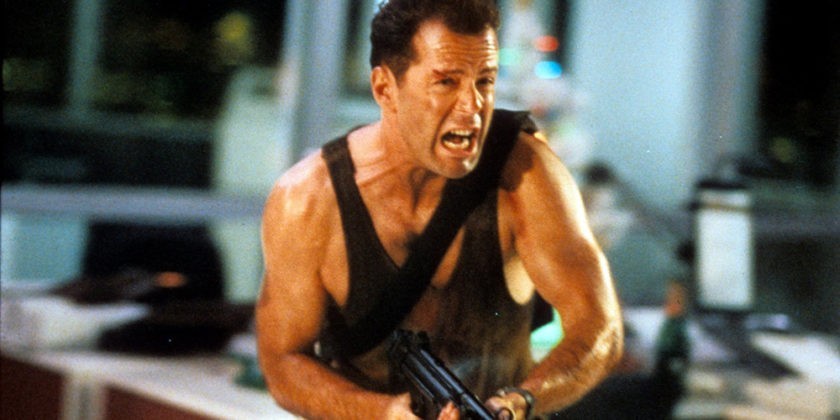 Surprise! Die Hard is our number 2 most ultimate holiday movie of all time! Which sounds ridiculous but we think is fair. Die Hard by itself is one of the greatest action movies of all time. It has Bruce Willis at his prime, it has humor, it has suspense, it has one of the most ultimate bad guys and it has some of the best lines.

But it also has Christmas at its core, which is wonderfully delightful as well. So, with the Ho, Ho, Hos and the yippee ki-yays together, you get a truly ultimate Christmas movie for the ages. 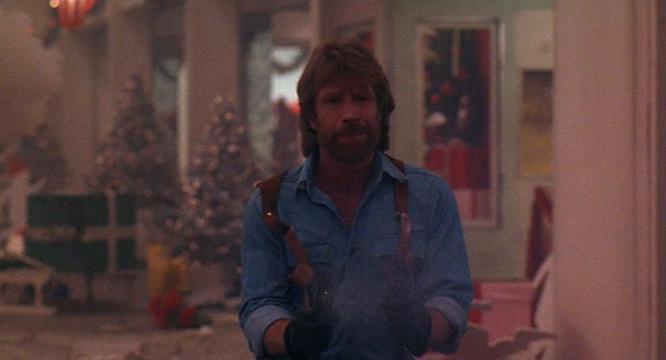 Oh man, this is such an ultimate holiday movie to include as it Chuck Norris has to defend Christmas values from an invading army of wholesome-hating terrorists with bazookas!

Yes, bazookas, which they aim at a family literally decorating a Christmas tree in their quiet suburban neighborhood home. Don’t worry though, Chuck does his thing. We get tons of great action and vengeance and the holidays were saved for us so that we may celebrate Chuck in all his glory every year in his memory now.

Read our list of the Top 10 Most Ultimate Chuck Norris movies of all time!

What’s your most ultimate holiday action movie? Let us know in the comments! 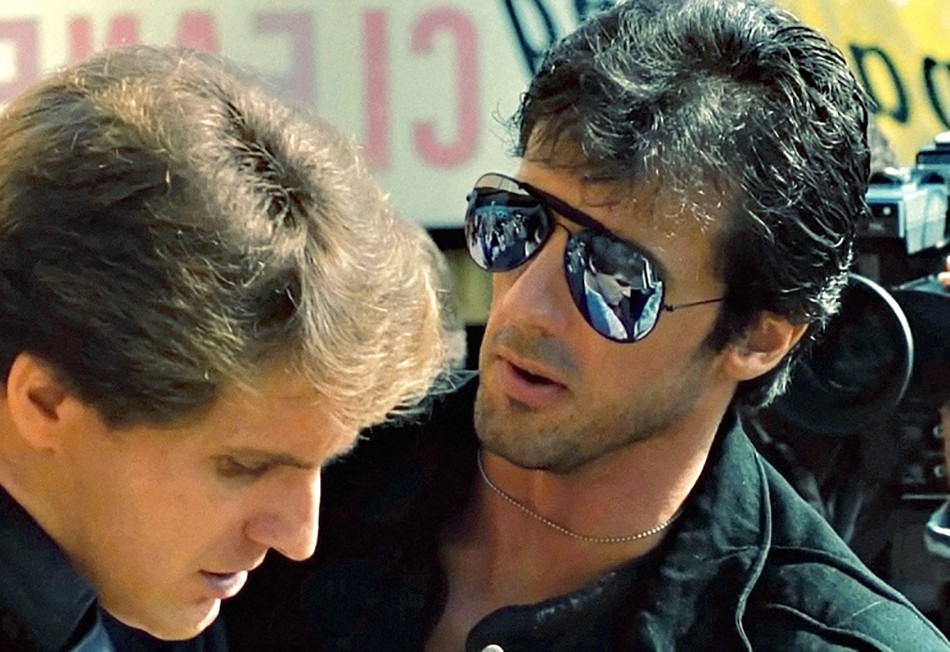