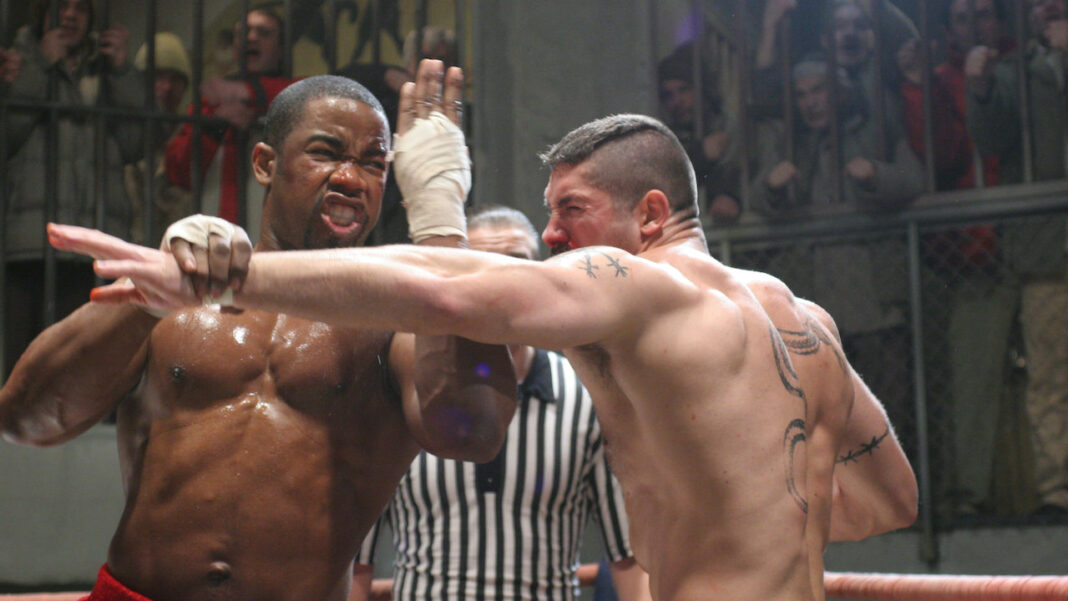 With social distancing being the new norm, thanks to the current Covid-19 pandemic, most of us find it very hard to do what we love. And with all the martial art schools, BJJ gyms, boxing, gyms, and Muay Thai gyms closed, a huge percentage of martial artists and MMA lovers are forced to stay indoors and work out in their homes. And with no one to spar with, most of us have turned to movies and TV shows.

But after being on lockdown for the better part of 2020, I am sure you have burned through your list of movies and are yearning to get back to the gym. And with the vaccine already here, it looks like things might start changing for the better soon. Therefore, this is the best time to learn some new techniques from MMA movies that prioritize fights over the storyline. So here are some of the best MMA films to enjoy during the current pandemic.

Warrior is a mixed MMA movie revolving around the life of two brothers and their alcoholic dad. The two brothers Brendan and Tommy Conlon grew up under their dad’s pressure to dominate amateur wrestling. And after their parents separated, Tommy went with his mum while Brendan stayed with his father, Paddy.

However, financial issues forced Brendan to enter a multi-million-dollar winner-take-all MMA tournament without knowing that his brother, who he hasn’t seen in years, has also entered. Warrior is an emotional roller-coaster of how two siblings with sympathetic backstories work on their years of frustrations before facing each other in the cage. MMA-today recommends the Warrior because the fights are quite authentic in their portrayal of MMA. In fact, several MMA fighters appear in this movie, including Rashad Evans, Stephan Bonnar, Nate Marquardt, and Yves Edwards, among others.

Kung Fu Hustle is an impeccable combination of a tribute and a parody to the classic Kung Fu movies of the 1960s and ’70s. Featuring Stephen Chow as the director and actor, this movie is filled with staunch humor and special effects that will keep you glued to your screen.

Kung Fu Hustle is a great movie about a thief known as Sing who aspires to be the leader of the Axe Gang. But before he achieves his ambition, he is forced to plunder a building referred to as the Pig Sty Alley. And in the process, Sing finds himself in a serious block battle with the locals who have some unique self-defense and Kung Fu skills.

Produced when MMA was starting to rise in popularity, the movie Never Back Down is the story of Jake Tyler, who is dealing with the loss of his dad. Jake’s family moves to Orlando, where he finds it extremely hard to fit in. in an attempt to fit in, Jake attends a party where he is forced to fight a bully who beats and humiliates him. The experience forces him to start training martial arts to redeem his name. Jake learns BJJ with the hopes of facing Ryan, the local champ, in the coming event.

IP Man is an exquisite MMA movie loosely based on IP Man’s life (a Wing Chun grandmaster) and all his experiences in the late 1930s when the Japanese military occupied Foshan. The invasion forces the IP Man into numerous sparring matches for entertainment purposes and hard labor. His unique skills are noticed by a Japanese general who forces him to train the Japanese soldiers. The IP Man refuses to teach them, and a serious conflict starts to build up between the two from there.

Flash point is an interesting thriller surrounding the kidnapping of undercover police and his girlfriend by a dangerous Vietnamese gang. Flash Point is an interesting story of an impulsive inspector risking the lives of his partner and his girlfriend to take down a powerful gang is quite interesting. And the only reason it features in this list is because Donnie Yen used this movie to introduce MMA to Hong Kong movie lovers.

Donny Yen uses martial arts skills perfectly, and it is one of the best representations of MMA that you will ever see.

Undisputed 2 is the movie that helped skyrocket the careers of Scott Adkins and Michael Jai White. The movie is about a boxer known as Chambers Michael) who is imprisoned and forced to defeat the prison’s champion Boyka (Adkins) for his freedom? This movie showcases the traditional training style of Jai White as he expands his arsenal to include MMA to defeat Boyka. Undisputed 2 is an excellent movie that makes a huge statement about martial arts.

The fact that the world is on lockdown with everyone maintaining social distancing because of Covid-19 shouldn’t force you to forget your training. So instead of lazing around the house and complaining about the current situation, you can learn some new MMA techniques by watching the above MMA movies. These are some of the best MMA movies that portray some of the best fighting skills that you can teach yourself and enjoy as we wait for everything to get back to normal.