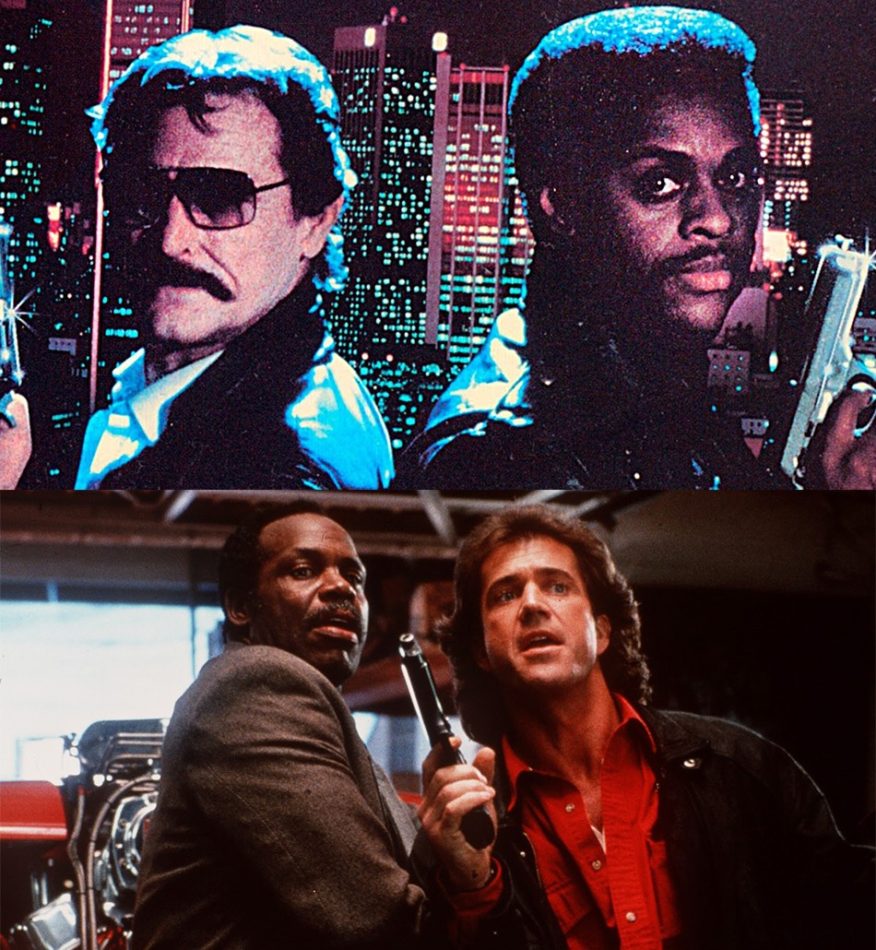 We have an ultimate showdown between UAMC-favorite Lethal Weapon (1987) versus its awesome B-movie rip-off L.A. Vice (1989) in this edition of COPYCATS! (Check out past episodes on The Fugitive vs. Fugitive X and RoboCop vs. RoboVampire.) 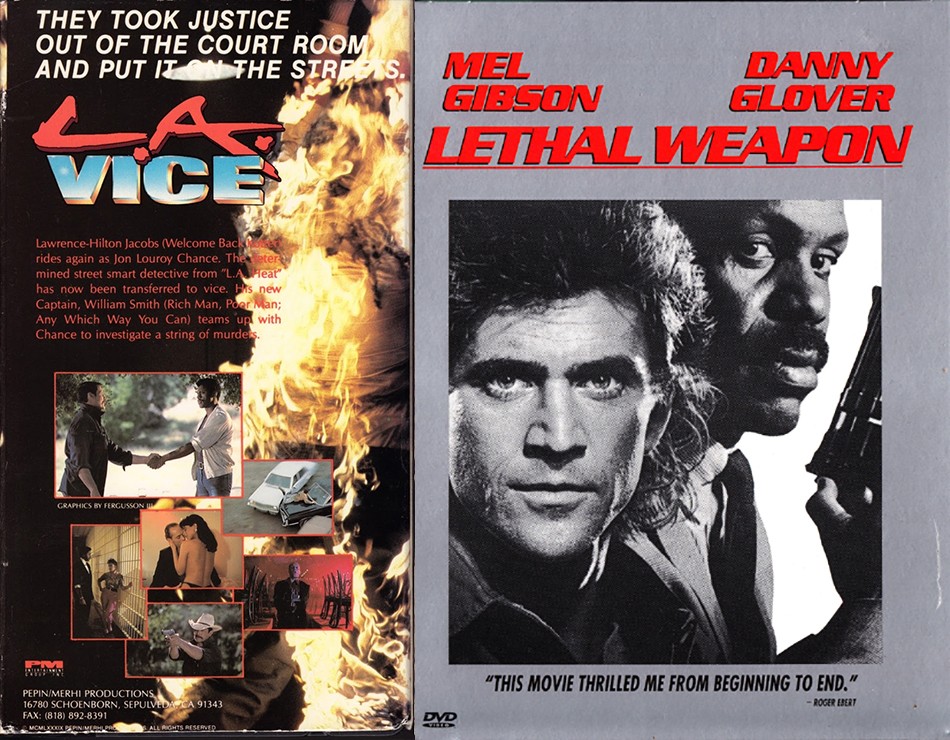 Synopsis of both films: Two cops – one black and one white, become unlikely partners while pursuing criminals in Los Angeles

Martin Riggs (Gibson) is a cop on the edge. With the painful memory of his recently deceased wife pushing him to the brink of suicide, he finds himself partnered with Roger Murtaugh (Glover) – a family man who is playing it safe as he creeps toward retirement. While they are an unlikely duo, Riggs and Murtaugh systematically and effectively bust up a drug ring that is plaguing the city. In the 31 years since its release, Lethal Weapon has become the iconic blueprint for buddy cop movies – even though it borrowed a formula made popular on television most recently (in 1987) by Miami Vice’s Det. James “Sonny” Crockett (Don Johnson) and Det. Ricardo “Rico” Tubbs (Philip Michael Thomas).

Fittingly, L.A. Vice combines elements from both, but we’re going to focus more on the Lethal Weapon comparison. Like Lethal Weapon, Det. Jon Chance (Hilton-Jacobs) is unhinged. He plays by his own rules, and he’s a little crazy. When kidnappers take the daughter of a newspaper magnate, Chance is the only person for the job – but he won’t do it unless the recently retired Capt. Joe Wilkes (Smith) backs him up. So, here’s the thing (SPOILER ALERTS) the younger cop in this movie is black while the older cop is white. Also, the older cop doesn’t ever get to say he’s “too old for this” line of work because he dies five minutes after his character is introduced.

So, even though Smith got second billing, Chance’s second partner – a black Indian named Bear (Jastereo Coviare – who also composed the music for L.A. Vice) – has way more screen time. Made by PM Entertainment (which used the same formula for Shotgun), L.A. Vice isn’t so much a Lethal Weapon knockoff as it is a knockoff of the Lethal Weapon poster.

While I personally believe that Tango & Cash is a better buddy cop movie, Lethal Weapon is the reason Tango & Cash exists. While they didn’t invent the formula of partnering up multi-racial cops with conflicting personalities (during the same decade 48 Hrs. partnered Eddie Murphy with Nick Nolte and on TV Miami Vice teamed up Don Johnson with Philip Michael Thomas), Gibson and Glover perfected it. As a movie, it still works today – even after spawning three sequels, a television series and countless imitators. As a cheap knockoff of this (and, come to think of it Miami Vice), L.A. Vice falls short. It’s watchable, but its pacing is uneven. For an action movie, it needs more action.

Other notes: While L.A. Vice feels like a standalone movie, it’s actually the third film in the unofficial Joe Chance tetralogy – which begins with 1989’s L.A. Heat and Angels of the City and is followed by 1990’s Chance. And, if you’re an Amazon Prime subscriber, you can see three of four movies! Lucky you!

What’s your thoughts on this COPYCAT! showdown? Let us know in the comments or on our Facebook page!