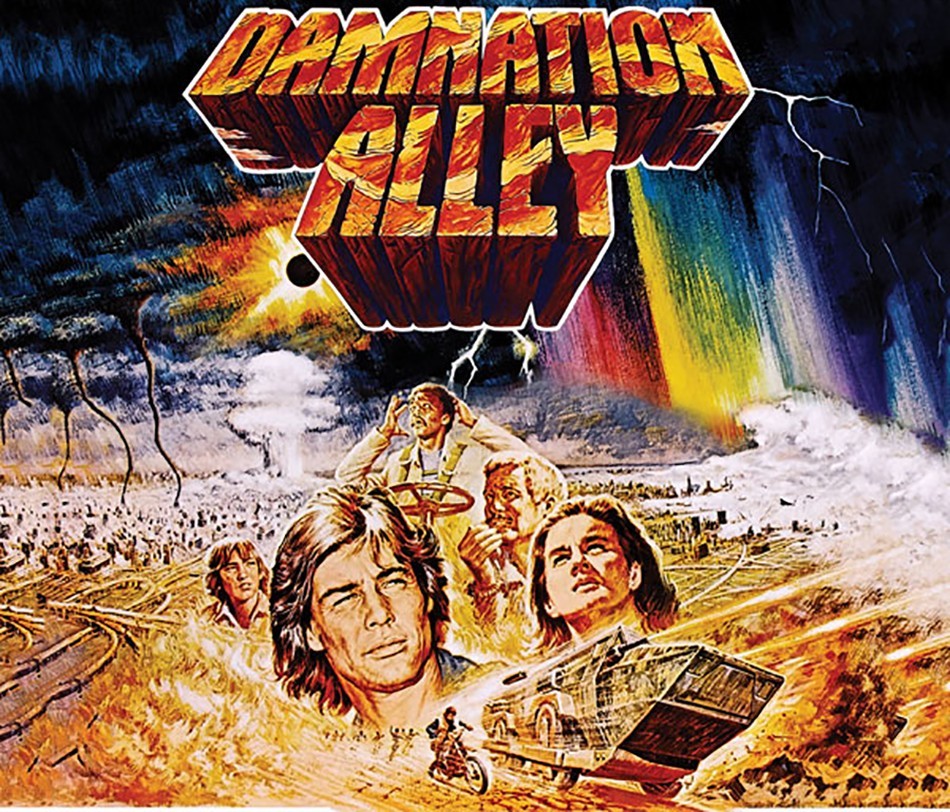 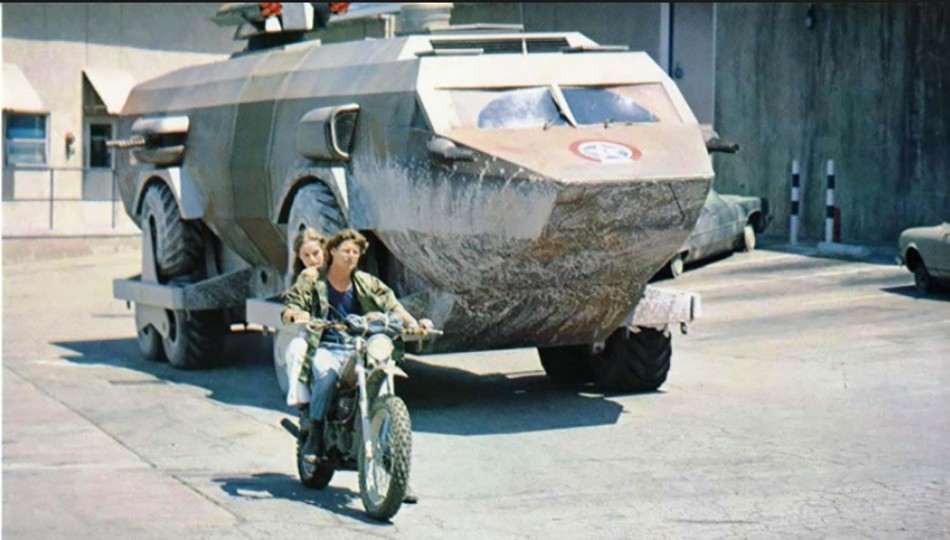 The 1970s was the decade of the disaster movie. It brought us Airport, Earthquake, Towering Inferno and Meteor. In 1977 it was nuclear holocausts turn with Damnation Alley. This was to be 20th Century Fox’s second foray into the science fiction genre for the year and they were betting big on this film. They expected their other entry for the year to bomb. It was some space opera called Star Wars.

The budget was so low and the filmmakers so inexperienced, they used stock footage to great effect to show what a nuclear exchange would look like and the damage it would wrought. The detonations knock the Earth off its axis and unleash all manner of climate change, solar storms, tornadoes and floods into this new epoch of human survival. Our heroes are the military men that launched the retaliatory strike and have been living in underground bunkers for the last two years waiting for the radiation levels to drop.

A catastrophic explosion inside the military base forces them to go on a quest across the USA to find the source of the only radio transmission in the country being made. All that stands in their path is a 100 mile wide patch of land dubbed Damnation Alley. 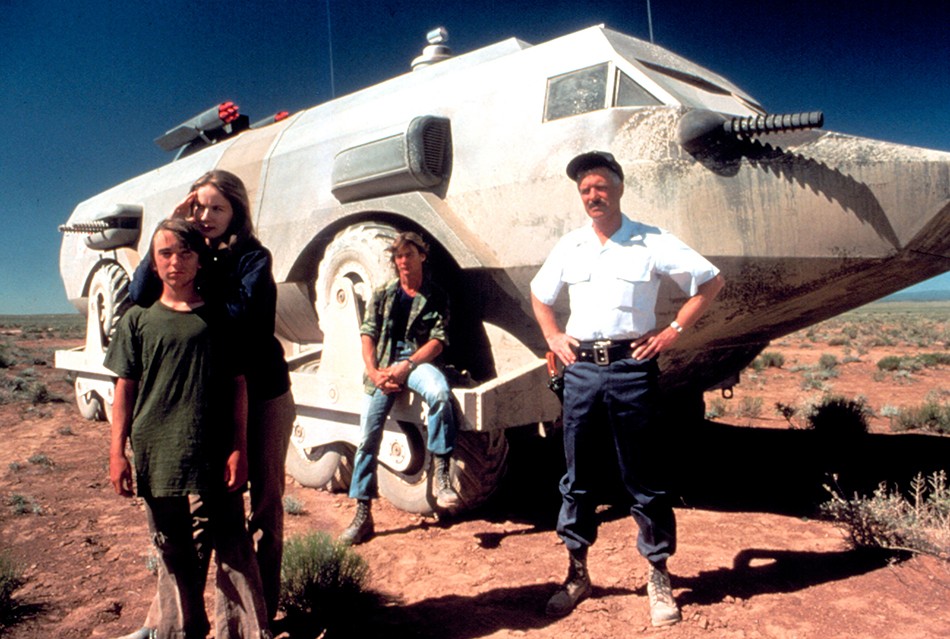 Our heroes Major Denton and Lt. Jake Turner are played by a pre – A Team George Peppard and Jan Michael Vincent. They take the baddest Winnebago before Stripes came along across a post apocalyptic America, picking up stray survivors as they brave mutated humans, giant scorpions and irradiated cockroaches to attempt to reach New York. Hell, I half expected then to run into Mad Max on their journey. My only criticism of this movie was how abruptly it ended. Almost like it went over budget and they pulled the plug. Which it kind of did. But every penny  spent is up on the screen.

Did I mention the real star of this movie is one of the greatest vehicles in cinema history called The Landmaster? It’s an amphibious armored personnel carrier that can go 60 MPH on land, traverse 60 degree inclines on a rotating twelve wheel chassis, floats in water and fires missiles. It was constructed at a cost of $350k and was so impressive, the studio demanded more of it in the final cut. The DVD has an awesome interview with its creator Dean Jeffries, who tells us what went into its design and whatever became of it in case you were wondering. Because I sure as hell was.

I don’t think this movie even went on to obtain cult status. But thanks to Scream Factory this movie has been plucked from obscurity, lovingly restored and given a DVD release complete with extras. I remember this as the loudest movie I have ever sat through. Turns out this was the first use of a new sound technology in movies called Sound 360, which predated Dolby. Another tidbit from the DVD extras was that Steve McQueen was the first choice for Peppard’s role as senior military man but he wanted too much money.

This is one of those forgotten gems that screams out to be remade. Are you listening Hollywood? You’ve remade everything else. Bring The Landmaster back!