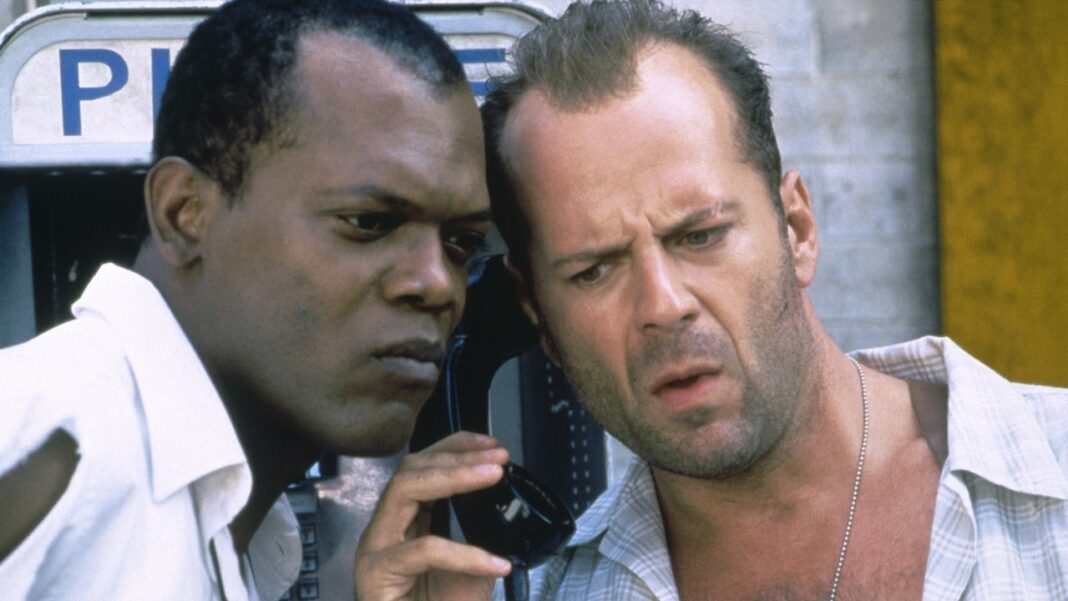 Looking back at one of the most under-appreciated films of Bruce Willis’ Die Hard franchise. 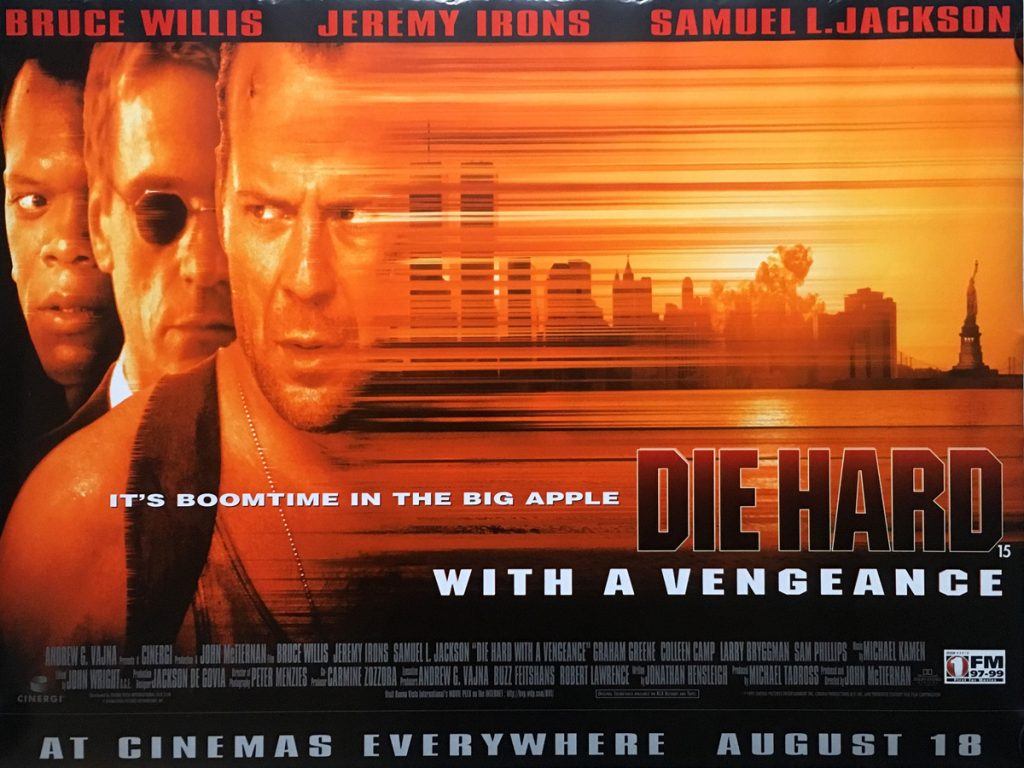 Die Hard with a Vengeance was released in 1995 and sees John McTiernan returning to the directors chair for the third installment of the Die Hard Franchise. Bruce Willis returns as the one man army John McClane, this time accompanied by pro black shopkeeper Zeus Carver brilliantly played by Samuel L Jackson. The two are tasked with taking on a mysterious bomber called Simon in a deadly game of “Simon Says.” Simon has a very big grudge against MacLaine which we see explained later on in the film.

Retrospective Review of ‘Die Hard with a Vengeance’

This film is the first Die Hard film not be based on a novel. Instead is based on a short story Simon Says written by one of the screenwriters of Die Hard with a Vengeance – Jonathan Hensleigh.

Die Hard with a Vengeance made some significant changes in this installment. The film does not take place at Christmas. McClane’s wife is not involved in the storyline. And, rather than a confined space, this film takes place in New York City and McClane has much more assistance than the previous installments.

We all know Die Hard is an entertaining watch and what makes Die Hard with a Vengeance work so well is the brilliant chemistry between Samuel L. Jackson and Bruce Willis, Samuel Jackson steals every scene that he is in as Zeus Carver the pro black shopkeeper who saves Mclane’s from a dangerous task in Harlem. The banter between the two makes for some comedic moments also and is reminiscent of The Defiant Ones starring Tony Curtis and Sidney Poitier.

Die Hard with a Vengeance polarised fans and critics, some thought it was the weakest, but I personally found this to be an enjoyable installment and reclaimed the tension and suspense that was missing from Die Hard 2. Which was a straight up thrill a minute action film.

Jeremy Irons as Simon is the brother of Hans Gruber and had his work cut out for him, after Alan Rickman gave us one of the best and most iconic villains in movie history. But he made a very good villain and like the first Die Hard film there is little face to face contact between McClane and Simon until later on in the film.

Die Hard with a Vengeance also includes some of McCLane’s team in the adventure by having them look for a bomb in a school, which keeps the tension moving beautifully.

Whilst Die Hard with a Vengeance is enjoyable it lets itself down with a lacklustre finale between Simon and McCLane. There is an alternate ending that never made the final cut which you can see on youtube where we see McClane track Simon to Germany and they play a game of “McClane Says” with a bazooka with the directions filed off and asks Simon a series of riddles. I found that ending to be more satisfying than the one in the theatrical release and we see a different side to McClane and would have taken the character in a different direction.

Die Hard with a Vengeance is an enjoyable film thanks to the chemistry between Samuel L Jackson and Bruce Willis and a worthy installment in the franchise.