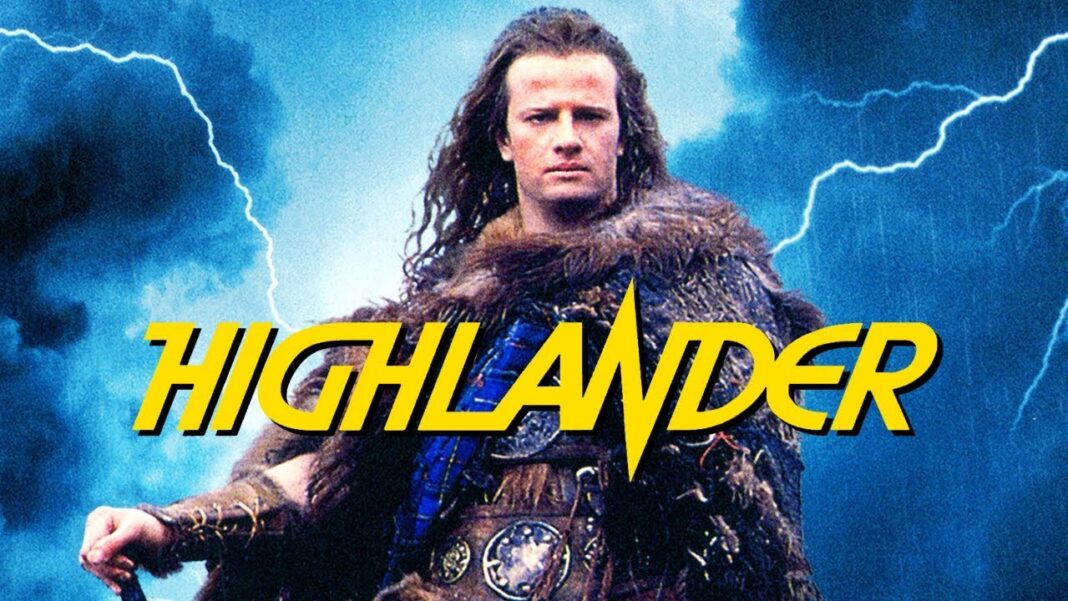 A look back at the best… and the worst… installments from the ‘Highlander’ film franchise and all its ultimate action glory! 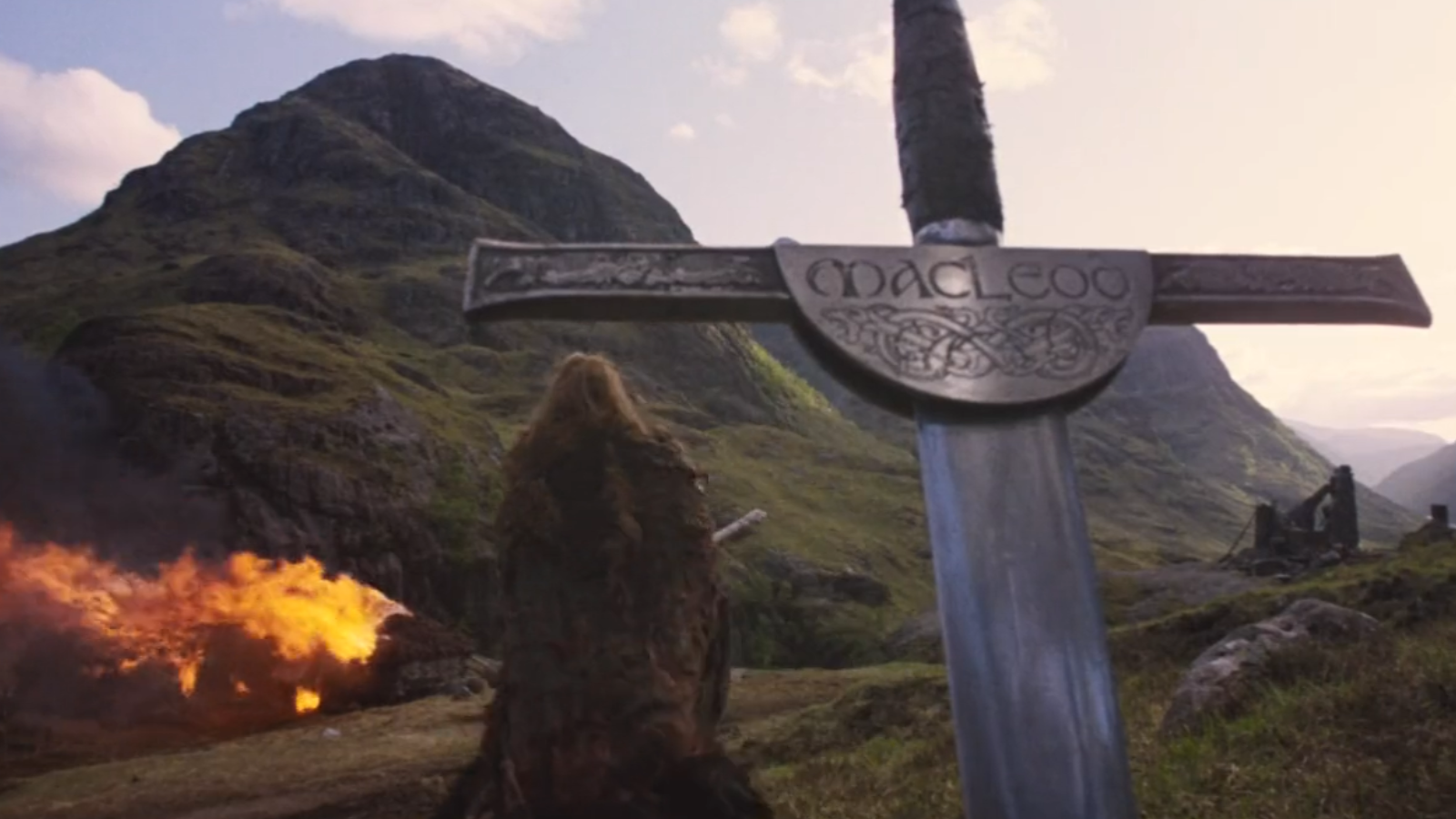 The golden decade of 1980s action movies was all about muscles, shootouts and explosions. When Highlander was released in 1986, it was a real outlier with its fantasy theme and focus on sword-fighting action. It was successful enough to spawn five other films and three TV series. The whole movie series is entertaining enough to warrant a closer look. In this article, we’ll give you the ultimate ranking of the Highlander movies. So let’s sharpen our swords, and join the Gathering!

The fifth installment of the movie series was the last live-action version so far. Adrian Paul from the TV series took the helm from Christopher Lambert in the previous movie, and so Duncan MacLeod is the central protagonist this time. We are introduced to a dystopian future where the few remaining Immortals seek to find the legendary Source of Immortality. The only thing that stands between them and their quest is the evil and powerful Guardian of the Source.

The Source oscillates between decent B-movie entertainment and almost unwatchable parts. It’s especially shoddy in the acting and special effects department. It does have a few redeeming qualities, among them decent fight scenes, and a consistent dark vibe. If you’re a hardcore Highlander fan, and can find beauty in low-grade action movies, you may like it. For everyone else it may be an even worse experience than Highlander 2.

Inferior sequels to action classics have been made, but Highlander 2 arguably stands as the worst action movie sequel ever. The second part was supposed to be an origin story for the Immortals. In the theatrical version, they came from an alien planet named Zeist, and Connor MacLeod needs to fight his fellow alien Immortals on earth. The original version was met with so much ridicule that another cut was released a few years later, which eradicated all references to planet Zeist. I don’t think it helped, though, this movie just couldn’t be fixed.

The plot is chaotic and fragmented, and that’s putting it mildly. Overacting is the name of the game, and the movie has a really weird sense of humor. Sean Connery is back as Ramirez in a couple of scenes that don’t add anything to the story. And the bad guy team, led by Michael Ironside, looks like it would fit more into a Ninja Turtles than a Highlander movie. Not everything is bad, the movie has a very dense atmosphere with good production values and massive set pieces that evoke a neo-noir vibe á la Blade Runner. The sword fights and other action scenes are also staged pretty good for what it’s worth. Highlander 2 might pass as trashy fun if somehow it would be possible to forget that the first movie exists.

After the disaster of the second movie, things could only get better, and The Final Dimension (a.k.a. The Sorcerer) brought the franchise back in shape, at least by comparison. The third installment completely ignored the proceedings of Highlander 2, and connects to the end of the first part. It turns out that Connor was not the last Immortal, and actually retained his powers after defeating The Kurgan. This also means that he needs to stand his ground once again against a powerful adversary. The movie more or less follows a similar story than that of the first movie, as Connor is harassed by the sorcerer Kane that hold an ancient grudge towards him.

The Final Dimension even adapted complete sequences from the first movie. One example is a car ride where Kane goes completely nuts, just like The Kurgan in the first movie. This scene is actually made slightly more entertaining as Kane puts his magic skills to use to amplify the mayhem. Mario Van Peebles looks good as Connor’s counterpart, but tries a bit too hard to mimic The Kurgan, both in grunt and grimace frequency. The Final Dimension is reasonably entertaining, but a rather tame and generic affair. It’s the most mediocre entry to the series, but at least it straightens out the mistakes from Highlander 2.

Finally a sequel that worked, and it’s not only because Connor MacLeod’s gray trench-coat makes a comeback that the Highlander saga returned to form. This time Connor takes it up against Jacob Kell who has led a vendetta against him for centuries. Connor retreats from the world to a sanctuary, but Kell tracks him down. Only his younger cousin Duncan can help him now. With Endgame, Christopher Lambert handed over his duties to Adrian Paul, who was the lead actor of the fairly successful Highlander TV series. Putting both characters together in a movie turned out to be a good idea, and their on-screen chemistry was quite good.

The movie has a solid story that moves at a swift pace, the historic flashbacks are fun to watch, and it also delivers pretty well on the action front. This is in large part due to the involvement of Donnie Yen, who served as fight choreographer. He also has a role in the movie, and his fight scenes kick some serious ass. Highlander: Endgame is definitely the best of the live-action sequels, and you don’t need to be a hardcore fan of the franchise to enjoy it.

Highlander returned with a coup in 2007, an animated movie! And no one less than the creator of the cult anime Ninja Scroll, Yoshiaki Kawajiri, took creative control in this US-Japanese collaboration. We’re introduced to a new member of the Clan MacLeod, Colin. Of course he has some beef with another Immortal, the Roman general Marcus Octavius who invaded his village and killed his wife. Colin and Marcus chase each other through the centuries, until the final showdown in a devastated future world.

Kawajiri honored the franchise by delivering a movie that is on par with his previous works. The animation quality is top notch, but if you’re not a fan of animes, it may take you some time to get used to it. An animated movie also allowed the franchise to go completely over the top with crazy action sequences. The first fight already sets the proper stage, as Colin takes it up against a gang of cannibal mutants led by the monstrous Immortal Malick, who wields a chainsaw sword! We also get a killer soundtrack that gives the movie an epic vibe just like the 1986 original. I honestly think it would be a great idea if every great action movie series gets at least one anime treatment. What about taking on Robocop or Terminator next, Mr. Kawajiri?

“From the dawn of time we came”. This line marked the beginning of an action-adventure of epic proportions. Highlander’s slightly outlandish premise is the existence of immortal sword-fighters that grow stronger every time they chop off the head of another Immortal. Connor MacLeod is one of them, and has been fighting his nemesis, The Kurgan, for centuries. Their paths cross in present-day New York for a final duel. This simple, but ingenious setup gave us the crazy mix of frantic sword-fights in run-down warehouses and medieval battles in the Scottish highlands.

Christopher Lambert plays Scotsman Connor MacLeod with a thick French accent, and appreciation of his acting style may be an acquired taste. But no one wore a bland, gray trench-coat ever as cool as Lambert in this movie. Sean Connery and Clancy Brown are two other reasons why Highlander works so well. Connery’s Ramirez character adds a charming light-heartedness to every scene he’s in, whereas Brown’s Kurgan undoubtedly will be remembered as one of the greatest action movie villains of all time. Director Russell Mulcahy gave the movie a stylish look with an overkill of backlighting and fog effects, and the epic soundtrack by Queen pushed the movie further towards ultimate awesomeness. Highlander will be remembered as one the coolest movies of the 1980s.

The Hunt for Red October: An Ultimate Look Back at the...