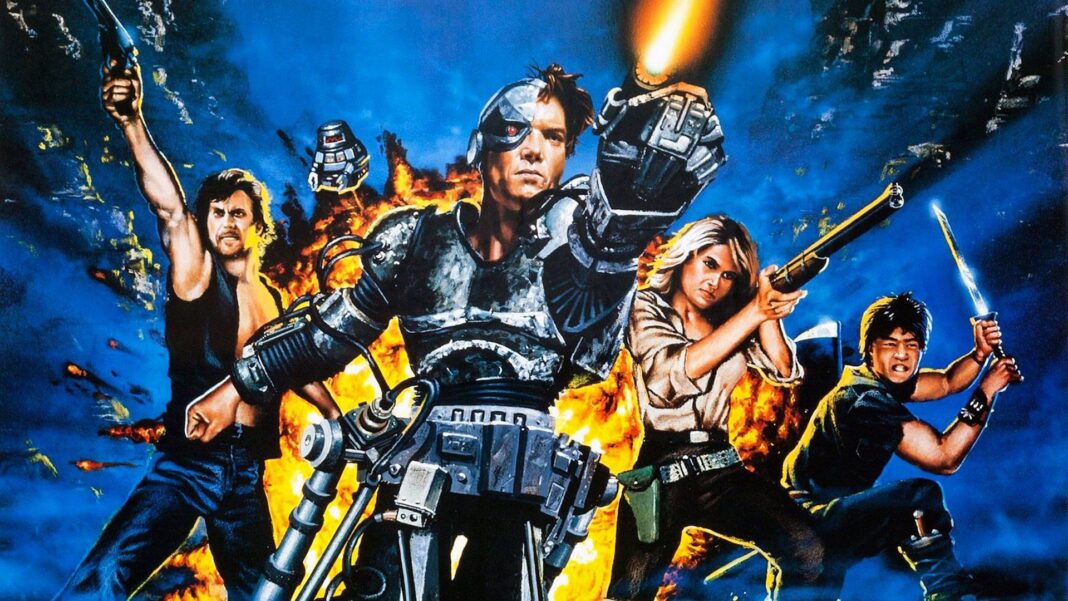 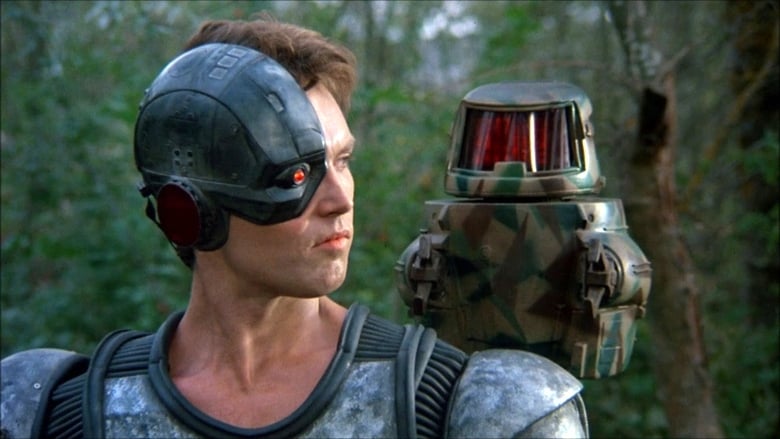 “We got robots, we got cavemen, we got Kung-Fu. What is this, some kind of goddamn comic book?” These words are uttered by the astonished Harry Fontana, one of the main characters in the movie, and could not be a better summary of what Eliminators is about! If you would have asked a child in the 1980s what ingredients are needed to create his favorite action movie, he probably would have mentioned these elements and added time travel, possibly a beautiful female scientist, and of course laser guns and explosions.

That’s what Charles Band and his production company Empire Pictures may have had in mind when they created Eliminators. Many B-action movies in the 1980s were trying to compensate their lack of excitement and overall quality with ultra-violence and unpleasant sleaziness, but Eliminators went into the completely opposite direction, and became one of Empire’s few films that received a PG rating!

The script was written by Paul de Meo and Danny Bilson, and shares much of its campy attitude with another Empire classic, Trancers, which they also penned. The approach of shoving as many genre tropes as possible into a film is done regularly these days with post-modern and parodist takes on the genre. But Eliminators can actually claim to be one of the first movies to plunder the repository of action classics and throw them all together into a fairly chaotic, but surprisingly self-aware mix.

The Mandroid returns from a time travel mission to recover a historical artifact for his creator, the evil genius Abbott Reeves. Reeves decides he has no further use for his servant and orders to have him disassembled. The Mandroid escapes and sets out on a quest to get rid of Reeves once and for all. He is joined by the scientist Nora Hunter who sees her life’s work in ruins thanks to Reeves, the mighty martial arts warrior Kuji, and the opportunistic boat captain Harry Fontana.

The majority of the film follows the unlikely companions on their journey through the wilderness to reach Reeves’ fortress. While the characters could all find a home in a kids novel, in Eliminators they clash with the tough attitude of 1980s action movies. Everyone plays their part upbeat: Andrew Prine shines as dodgy river guide, Denise Crosby plays the feisty scientist with a charming smile on her face, and Conan Lee delivers a great comical martial arts performance.

McBain: Everything We Love About 80s Action Rolled into One Film

The Real Star is of course The Mandroid… 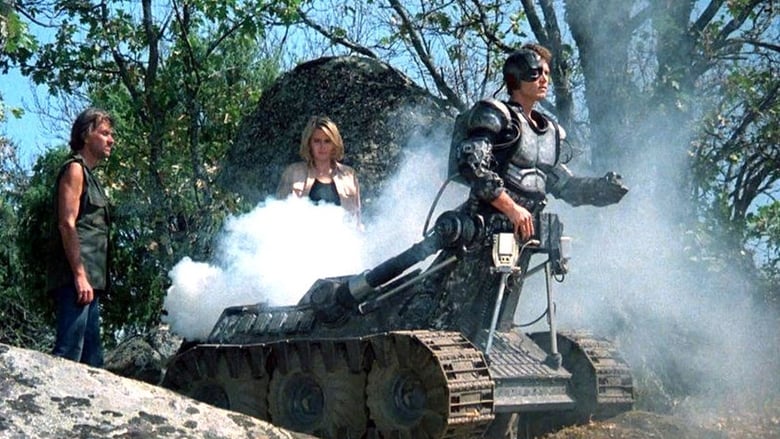 The bad guys also reign in on the campy fun. Roy Dotrice portrays the stereotypical evil mastermind Abbott Reeves appropriately over the top. And even minor villains such as “Bayou Betty” are highly entertaining, and are testimony to the creative spirit that went into making the film.

The real star of the film is the Mandroid, the most gentle and honorable cyborg in movie history. He is portrayed by Patrick Reynolds in his only lead role ever, and who stepped out of the acting business right after Eliminators. A logical decision, what else is there to accomplish when you already have immortalized yourself with this character?

The Mandroid suit looks pretty cool and his mobile battle unit (a sort of mini-tank he can mount by taking off his legs) is an absolute highlight of the film! Eliminators came out a year before Robocop, and both the style of the Mandroid armor and his painful struggle with the memories of a former human life are two suspicious commonalities with one of our all-time action movie classics. Anything you want to confess, Mr. Verhoeven?

Eliminators also distinguishes itself from your standard kids movie by the quantity and intensity of its action sequences. The heroes’ jungle trip is hindered by motorboat chases, a moped squad ambush, and plenty of shootouts, explosions and brawls (watch out for the moment when Nora walks into a bar full of roughnecks and says “I want the toughest guy in the place!”). It’s all staged on a modest scale, but competently filmed and never looks trashy.

And while the action is staged entertainingly, the key factor why Eliminators is a truly great movie is that it is infectiously cheerful. It’s one of those rare films where everyone, good and bad alike, seems to have a great time at what they’re doing. The characters are extremely likable, and the humor is simple but never too silly.

Eliminators is an upbeat Sci-Fi adventure that maxes out on creativity and excitement as much as possible for a movie on a budget. It’s one of the most sincere attempts to create a true action movie for the whole family I’ve ever seen, and at the same time is an awesome throwback into 1980s B-movie madness.