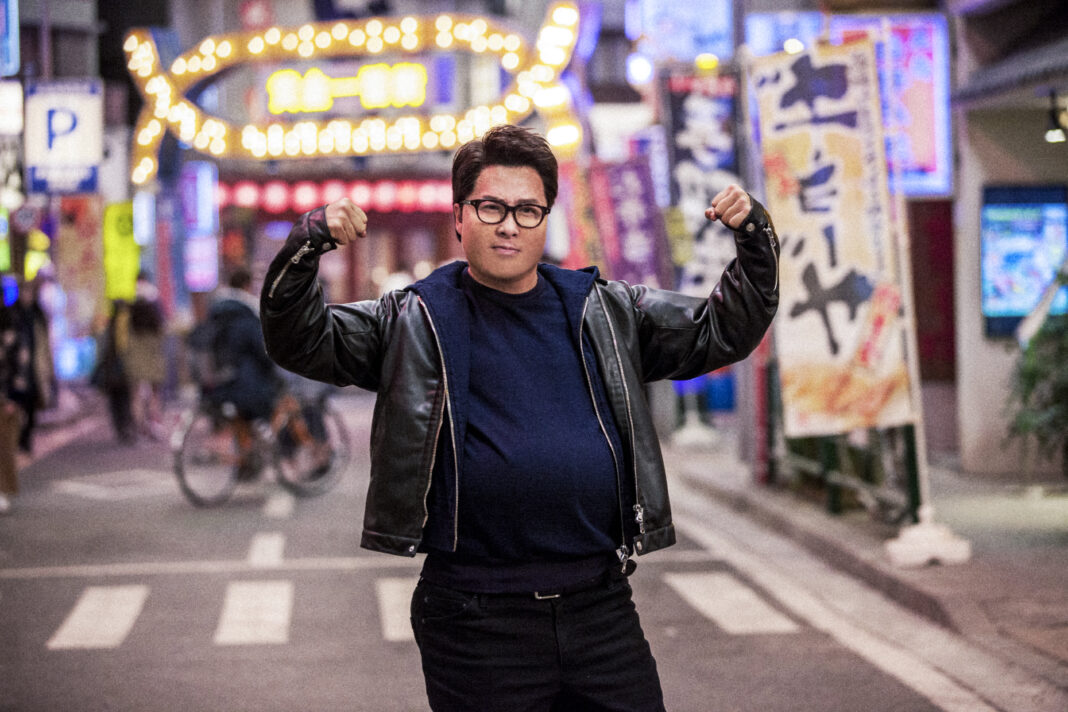 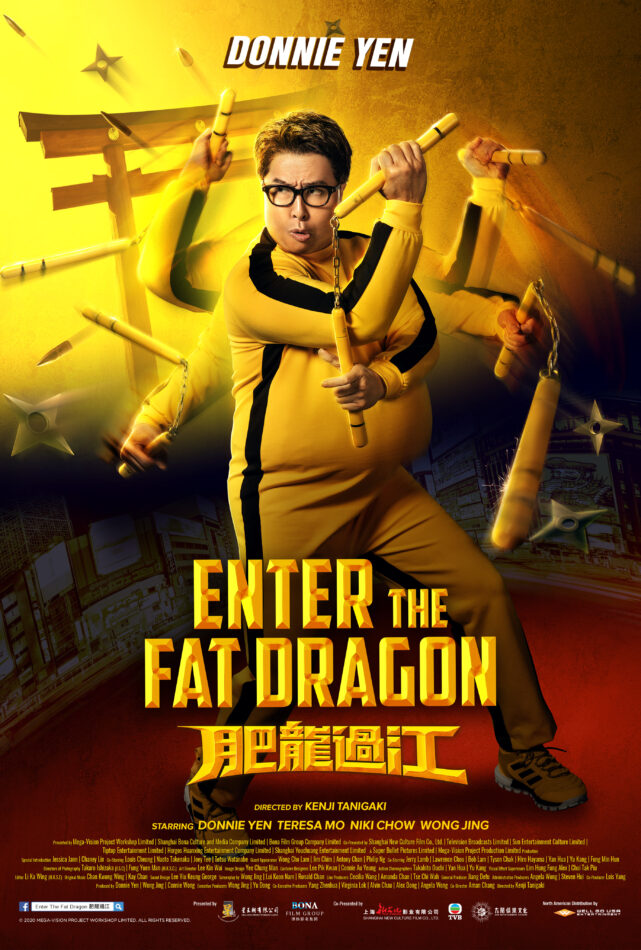 In 1973, martial arts legend Bruce Lee starred in the most iconic martial arts film of all time, Enter The Dragon. In the legendary intro to said movie, he fights a heavy set, but very agile opponent in front of a circle of spectators. That opponent was none other than future movie icon Sammo Hung.

In 1978, Hung starred and directed in the zany kung fu comedy that not only helped catapult him into stardom, but also served as a loving tribute to his friend, Bruce. That film was called Enter the Fat Dragon.

Now, over 40 years later, reigning martial arts icon Donnie Yen pays tribute to both men in his newest opus, the kung fu action comedy also titled Enter the Fat Dragon. So, how does Yen’s version stack up when in the presence of two greats? Let’s find out!

A cop is assigned to a case of escorting a criminal to Japan while dealing with relationship problems, and his enormous change in appearance as a result of being dumped.

Man. Oh. Man. What a ride this was! A hilarious, hyper-paced, rock-em sock- em blast of a movie! A throwback to the golden days of the 80s when we got kung fu comedy classics like Wheels on Meals and My Lucky Stars, I was grinning from ear to ear by the time the credits started playing! An absolute great time! Donnie Yen does the legends justice while continuing to show us he truly is one of the greatest to ever do it!

But let’s talk about Donnie for a second. What I love about Donnie is how he always goes for parts that are outside of what he usually does. Sure, he could play Ip Man 800 times more and make millions of dollars at it, but he isn’t content with that. Donnie loves a challenge.

Donnie Yen in a Fat Suite 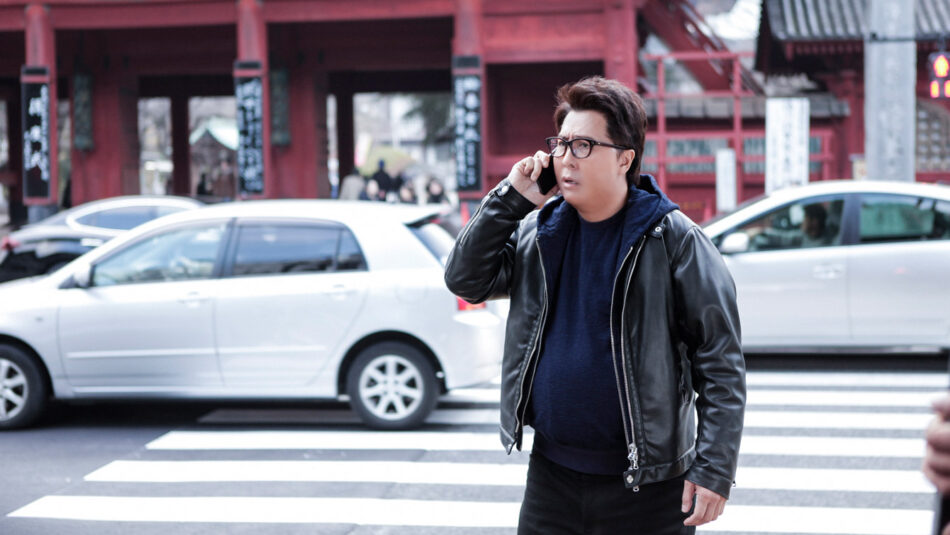 And playing an over 300 pound policeman in a laugh out loud kung fu comedy is definitely a challenge. But Yen is absolutely up for it, and he is truly a joy to behold! With this role, Yen proves there is nothing he can’t do as he provides some of the biggest laughs of the movie with his genuine charm and wit. Job well done, Mr. Yen!

And it’s all thanks to the wonderfully funny script penned by Wong Jing, who balances not only the comedy, action, romance and drama, but all the conflicting stories and characters perfectly as well, creating a great dynamic between all. Damn fine job, sir! 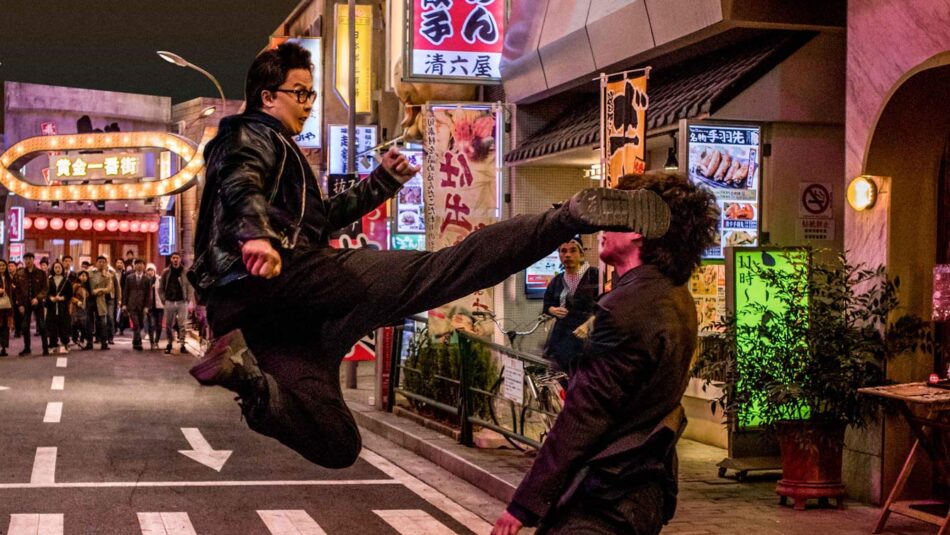 Now, all this talk about comedy, I know what you’re all thinking: “So, is there any action?”. Well, ladies and gentlemen, yes there is… and it’s FANTASTIC! We get quite a few brawls here, and thanks to the efforts of action choreographers Kenji Tanigaki (who also co-directed), Hua Yan, and Donnie Yen himself, these are some damn fine brawls! From the opening bank heist/chase scene to the finale on top of Tokyo Tower, every single action sequence is choreographed, shot and edited to perfection. Yes, Donnie looks funny kicking all the ass in a fat suit, but that’s the point. So just enjoy it!

All in all, I seriously loved this movie! I may have even liked this more than Yen’s Ip Man 4. It’s that great! So if you get the chance, sit back, relax, and enjoy the show!

Ultimate Action Movie Club Quoted on the Cover of ‘Enter the...