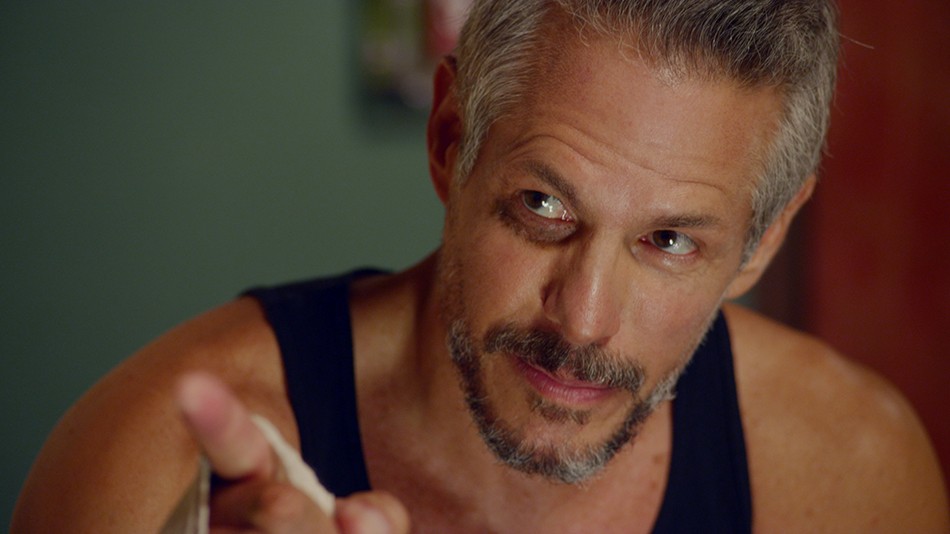 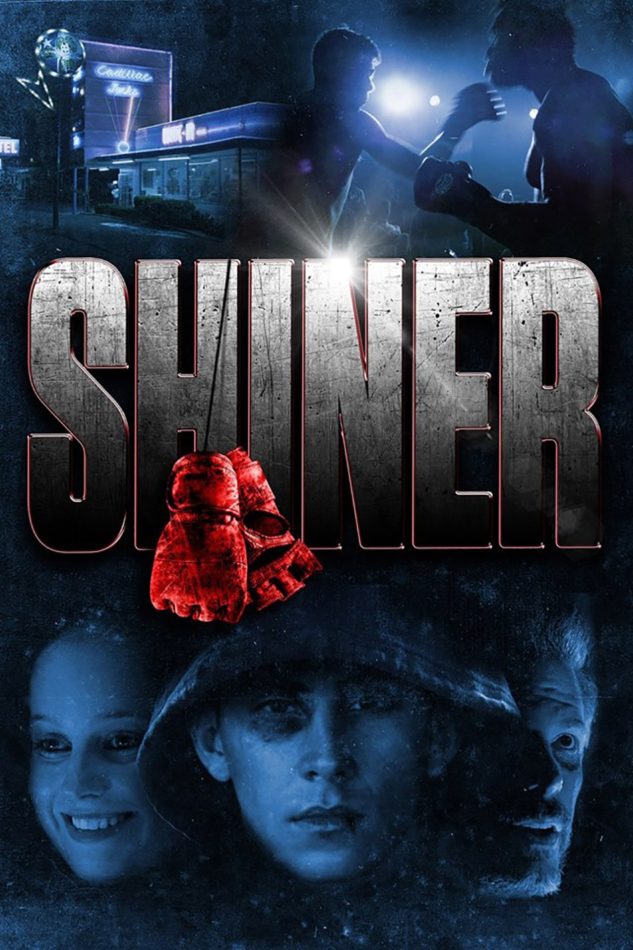 Shiner is directed by Seo Mutarevic and stars Kevin Bernhardt (who also scripted), Seya Hug and Shannon Staller in this story of Happy McBride (Bernhardt), a down on his luck former MMA champion who begrudgingly takes a young fighter named Matt (Hug) under his wing while simultaneously trying to book a new fight for himself and reclaim his past glory.

Under his tutelage, Matt quickly fights his way to the top, catching the eye of Happy’s former manager Larry (Brian T. Finney) which generates some jealousy from Happy.

Things become further complicated when Matt begins a romantic relationship with Happy’s beloved daughter Nikki (Staller), whom Happy retired from fighting for to raise her after his wife took her own life. In the midst of this, Larry offers a fight to both men. A fight that will change their relationship, and both of their lives, forever…

As an avid MMA fan, I jumped at the chance to review this new take on the world of MMA, and I’m glad I did, because I was pleasantly surprised by this film, mainly the commanding performance from star/writer Kevin Bernhardt. Truth be told, Bernhardt is simply terrific. An actor I admire back from when I saw him in an old favorite of mine called Kick or Die as well as Hellraiser III, it was so great seeing him again. His performance as Happy is such a tour de force of raw emotion and charm. He perfectly plays Happy as someone with a heart, but it’s been buried beneath a cold exterior after years of pain and resentment. The only thing keeping him sane is his love for his daughter and his goal of once again becoming champion, but his past indiscretions make those goals difficult to achieve.

Kevin Bernhardt and a Solid Cast 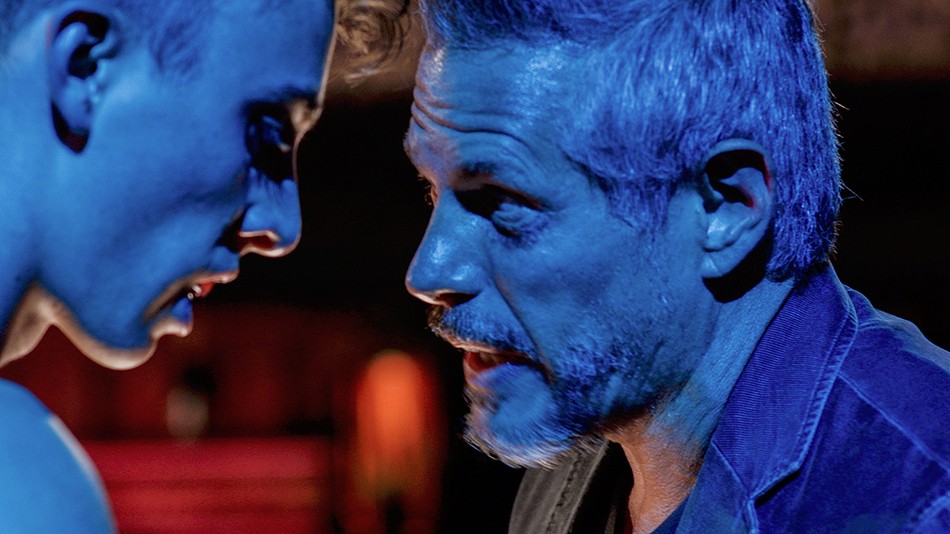 The character of Happy is at times such an egotistical jerk that if played by anybody else, I don’t think the movie would’ve worked. But with Bernhardt, he is so charismatic that you can’t help but love Happy, even if he gives you every reason not to. And believe me, you’ll have every reason not to. Bernhardt’s script pulls no punches when it comes to portraying the kind of guy Happy is. It doesn’t ask you to like him, painting him in an unflattering light many times. But Bernhardt’s charisma, plus the flashbacks to Happy’s life before with his wife and the love Nikki has for him make you see that he’s truly not a bad guy.

Supporting him are young co-stars Seya Hug and Shannon Staller in admirable performances. The son of K-1 kickboxing legend Andy Hug, Hug does well as the young and naive fighter from out of town with dreams of making it as an MMA fighter. He has a natural presence to him and shows a lot of potential for a young actor. Staller is also very natural in her role as Happy’s daughter. She plays off both Hug and Bernhardt very nicely. Especially Bernhardt. One scene where they discuss her fear of inheriting her mother’s mental illness is very compelling, with both actors conveying a genuine sense of sorrow. I was impressed. Those moments in the script are what resonated with me the most. 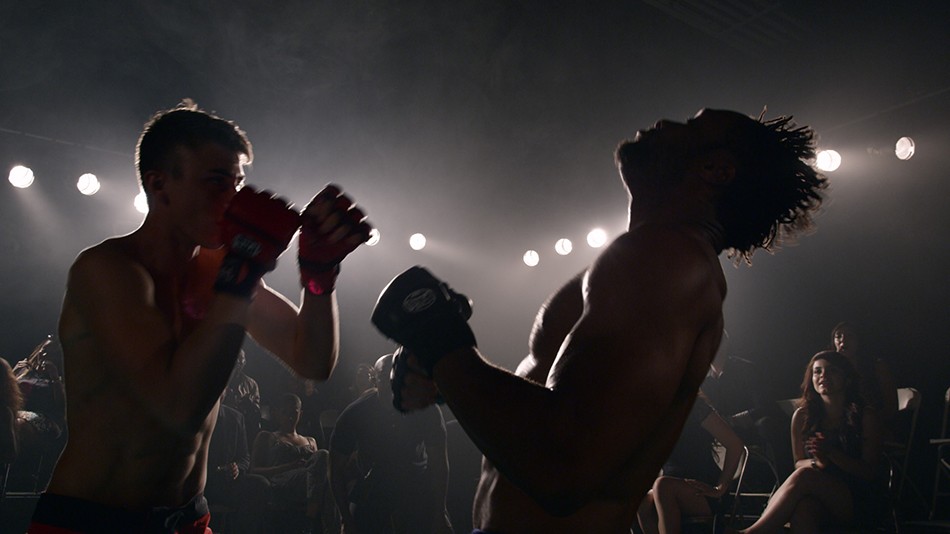 Speaking of the script, I also liked the portrayal of the lower level side of MMA fighting that you don’t often get to see in mainstream media. Fighters struggling to get by while competing with each other for a smoker bout was refreshing to see.

In these times where we are blinded by the circus level theatrics of big money fights, we often forget about the guys on the bottom who are basically fighting for peanuts because they have a passionate love for the sport. So lots of respect to Bernhardt and the filmmakers for focusing on the little guys. It is very appreciated.

Now, onto the fighting. All the actors portraying fighters have a great stance and style to them during the fight sequences, especially Hug. He just looks so authentic as a fighter. So natural. So legit. In looking him up, I found no evidence of him being an actual fighter. Could’ve fooled me. I’m guessing that he either trained his butt off for this, or that was just something he inherited from his father. Either way, kudos to him for looking like the real mccoy. 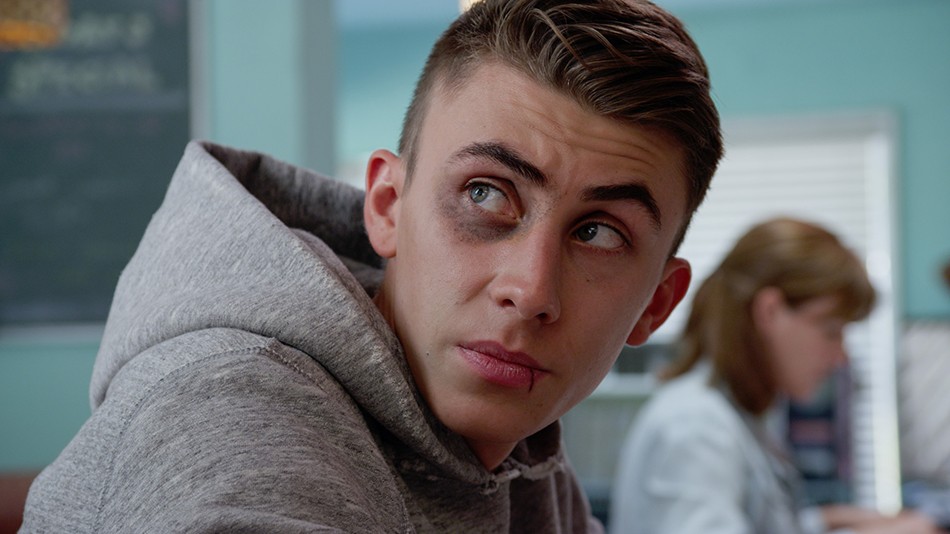 If I had any nitpicks, it would be that the fight sequences were a bit on the short side. I understand why, as the fighting would’ve bogged down the story, and the most important thing here are the characters. But you still could’ve let the fights go on for a liiiittle longer. All I’m saying.

All in all, I was impressed by this. It had a deep, genuine story to tell, and it told it well enough. Hopefully, this will lead to more movies starring Kevin Bernhardt in the future. The man is filled to the brim with untapped potential as a star and writer, and I’ll be here patiently waiting for his next movie. Bring it on!

Interested in checking out Shiner? Let us know your thoughts in the comments or on our Facebook page!