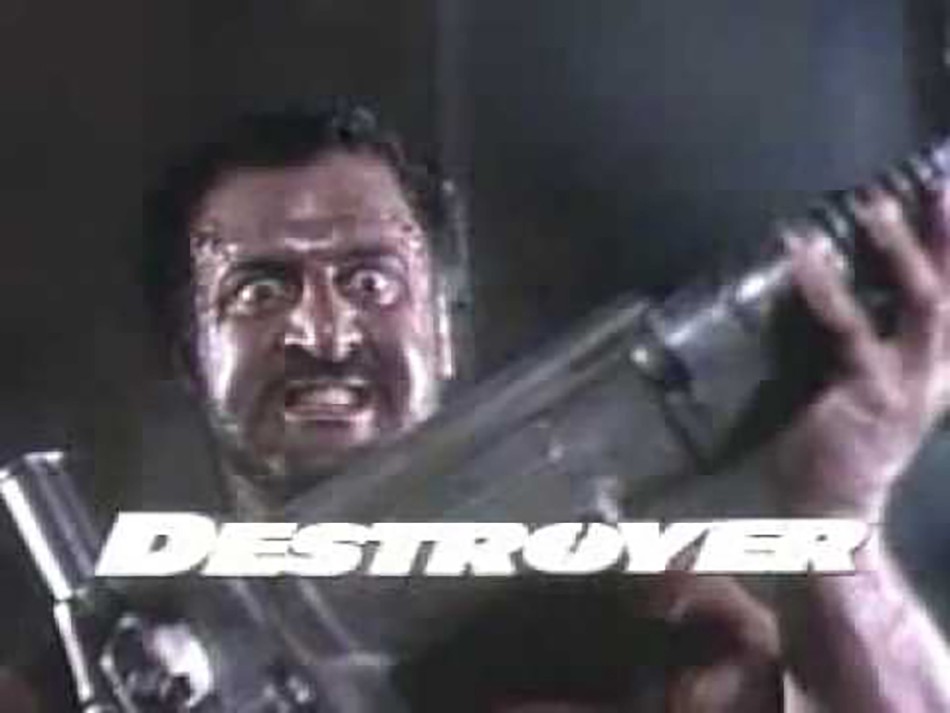 The world simply wasn’t ready for Lyle Alzado and the slasher classic Destroyer (1988). 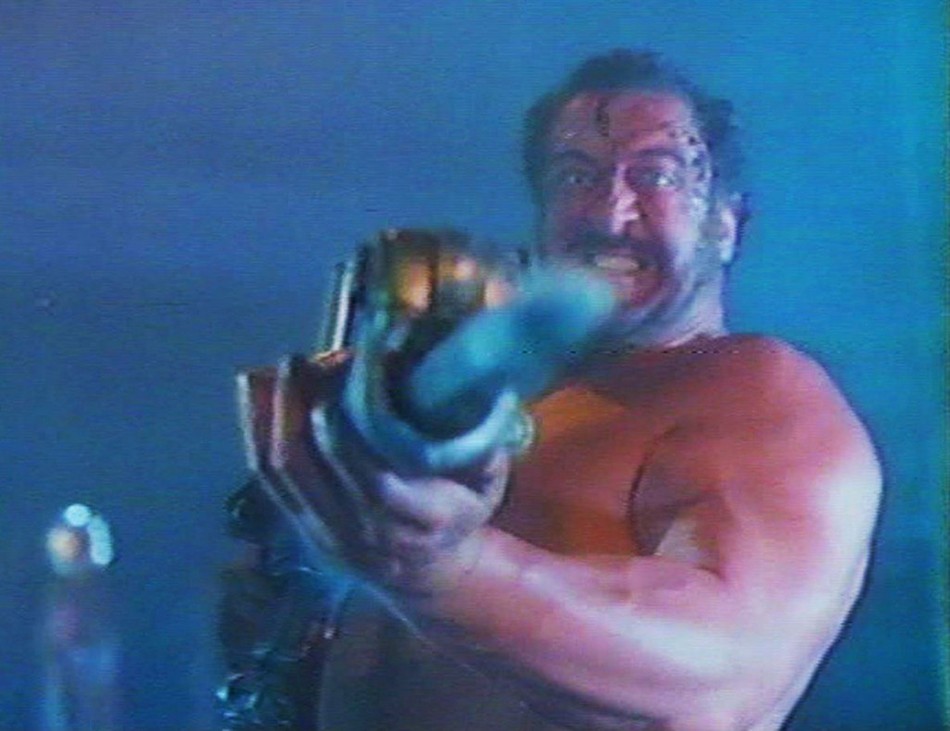 In 1988, a low-budget horror, action, slasher movie starring Lyle Alzado called Destroyer made its debut and the world largely went unfazed. While it’s still to this day not well known or appreciated, it does perhaps have the most ultimate VHS cover of all time. So what’s the story behind this forgotten masterpiece? Who is Lyle Alzado and what the heck is he going to do with that giant drill gun? Well, let’s find out. 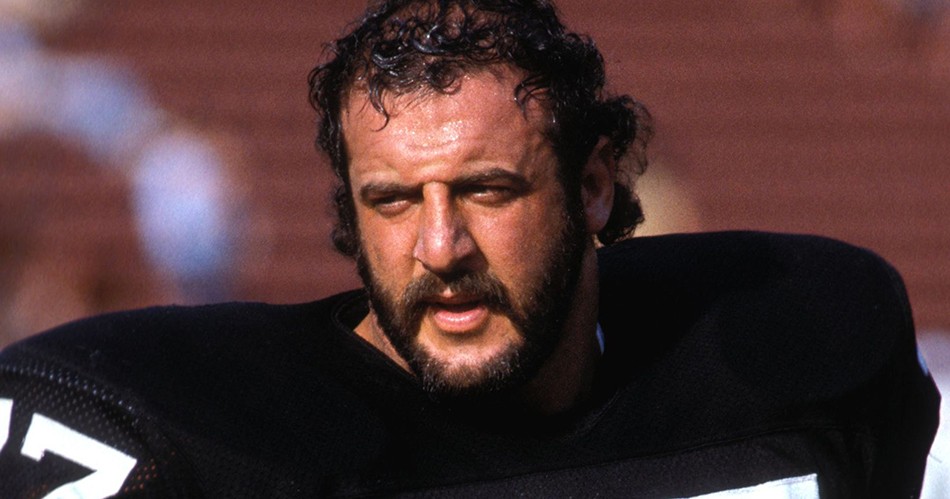 Once the face of the tough-mouthed National Football League in the 1980s, Lyle Alzado’s life and career was a mesmerizing burnout that captivated fans and sparked a national discussion on steroid use and its devastating effects. A literal Hulk-of-a-man, Alzado tried – rather unsuccessfully – to turn his American football career into Hollywood fame.

Destroyer (1988) is perhaps the greatest example of his potential, and showcases his outlandish frame and strength and his manic-at-best facial acting.

A Film Within a Horror Film

The premises of Destroyer is actually pretty complex, especially for 80s standards. The story takes place in an abandoned prison that is now the set for a women-in-prison exploitation flick being filmed.

The prison was apparently notorious for its unethical treatment of its prisoners – the most notable being the infamous Ivan Moser (Lyle Alzado).

Even after watching it all the way through, it’s a little fuzzy how all the characters fit in. You have the prima-donna feature star, an arrogant writer, and a stunt woman who has recurring dreams of Moser’s fateful failed execution. 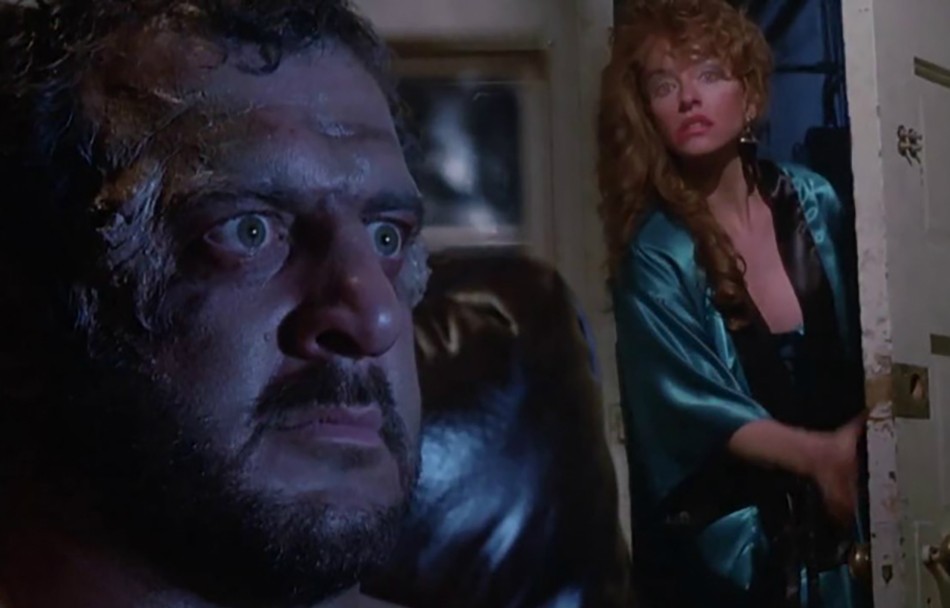 In an oddity of 1980s pop culture, Destroyer is part of a short cycle of quickly made horror films about failed prison executions by the electric chair: Prison (1987), The Horror Show (1989), and Shocker (1989) being the other 3.

And while the Ultimate Action Movie Club focuses on Action Movies, Destroyer is kind of a let down in that department as it is pretty much straight slasher horror. What promising action sequences Destroyer presents, are often left off-screen used more for suspense and implied violence.

Sadly, Lyle Alzado passed away in 1992 at the young age of 43. Towards the end of his life, he regressed quickly due to a brain tumor, which he very outspokenly blamed on his steroid use which was prolific throughout his career.

His case became the poster child for steroid abuse, which was probably partly true, but also probably partly the football CTE issues which are more known today. Either way, from his on-the-field style of play to his short Hollywood career, he certainly had action movie charisma and a good sense of humor to possibly be an action lead had he lived longer to see it out.

Destroyer showcases a little of that in the movie, but a lot of it on that VHS cover. You can’t walk past it in a video store (or browse past it if it ever makes its way to a streaming service) because it just looks that insanely awesome. If you can find it, it’s definitely worth a watch to see what could have been for ol’ Lyle Alzado.


What are your thoughts on Lyle Alzado and the slasher/horror hybrid Destroyer (1988)? Let us know in the comments or on our Facebook page!