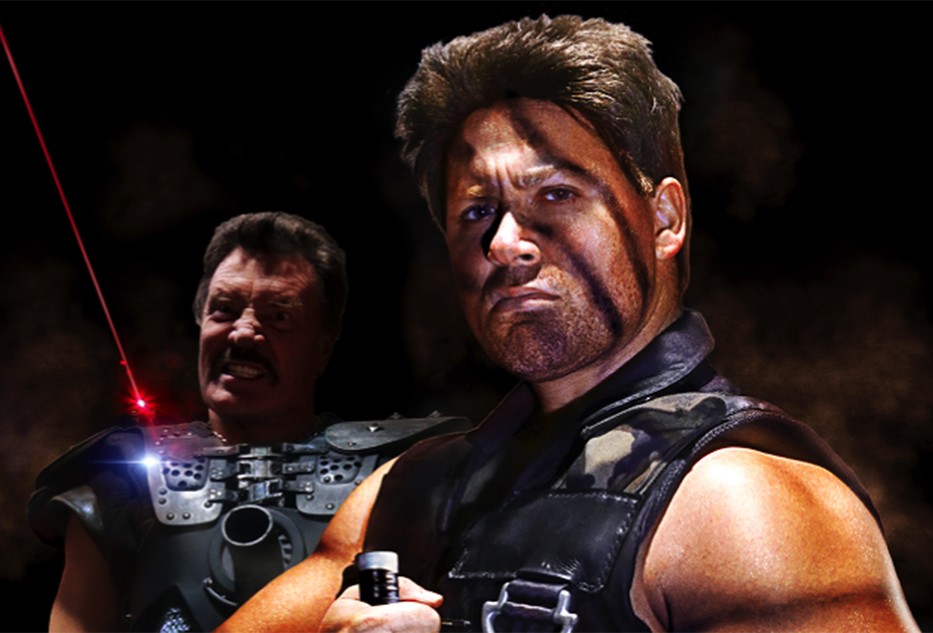 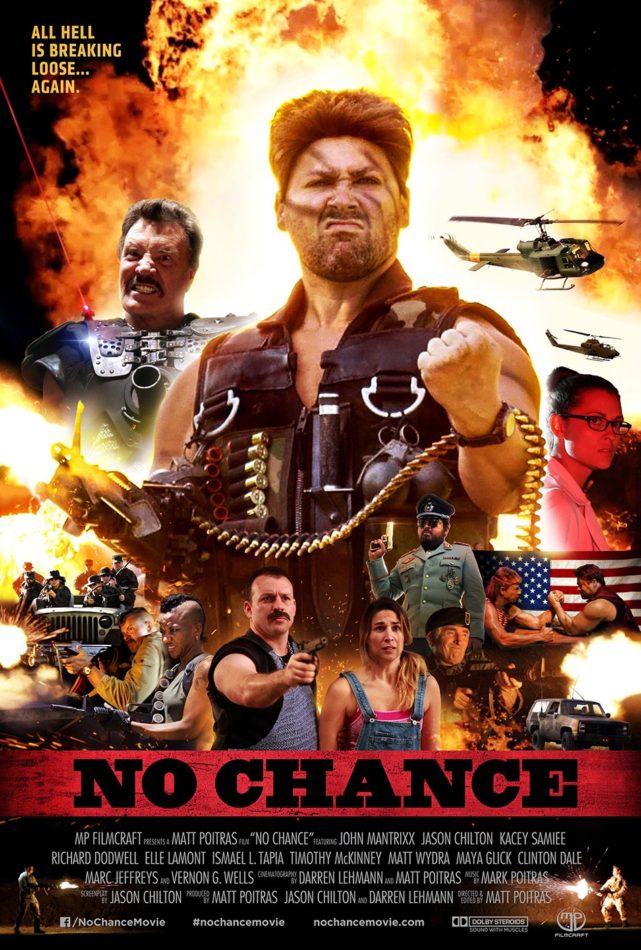 Action movies from the 1980s are a special breed unto themselves. Not only did they elevate stars such as Sylvester Stallone, Arnold Schwarzenegger, Jean-Claude Van Damme, Chuck Norris, Steven Seagal and others to otherworldly fame, they left permanent impressions on the psyches of those lucky enough to watch the films. An entire generation of movie-goers were motivated and inspired by the otherworldly exploits showcased by larger than life cinematic heroes.

Nobody among us would argue that 1985’s Commando should be etched permanently on the Mount Rushmore of action movies. It’s safe to assume you’ve not only seen this movie multiple times, but can recite lines from this classic off the top of your head.

On that last note, I highly suspect Jason Chilton is one such person. He wrote 2017’s highly entertaining No Chance, which is equal parts sequel and spoof to Arnold Schwarzenegger’s Commando. (No Chance is now streaming for free on Amazon Prime.) But where Commando left off (with Schwarzenegger’s John Matrix responding “No chance” when his former commanding officer, Major General Franklin Kirby, asked if Matrix would be interested in rejoining the U.S. Army), No Chance picks up.

No Chance opens with a flashback to the events of Commando, albeit reenacted by its cast. However, due to copyright issues with the 1985 original, characters’ names have been slightly altered (Mantrixx; Chennie, Kerbey etc.). In the psychiatric ward of the Rambo Hospital — incarcerated with John McClane and John Rambo — John Manntrix learns his daughter Chennie is about to get married. However, he suspects something is awry and then uses his considerable brawn and skills to break out of the hospital.

Trust me when I tell you what follows is a humorous ride that will leave many UAMC readers sufficiently satisfied. What would one expect from an unofficial sequel to Commando? One-liners? Check. Gratuitous violence? Check and check. Continuity? Check, check and check. All of the following situations are explained and incorporated seamlessly into the script of No Chance: how Bennett survived being impaled by a steam pipe; how Sully walked away from being dropped off a cliff; what happened to the sons of the Val Verde ruler and the guy killed by a pitchfork, etc.

No Arnold, No Problem 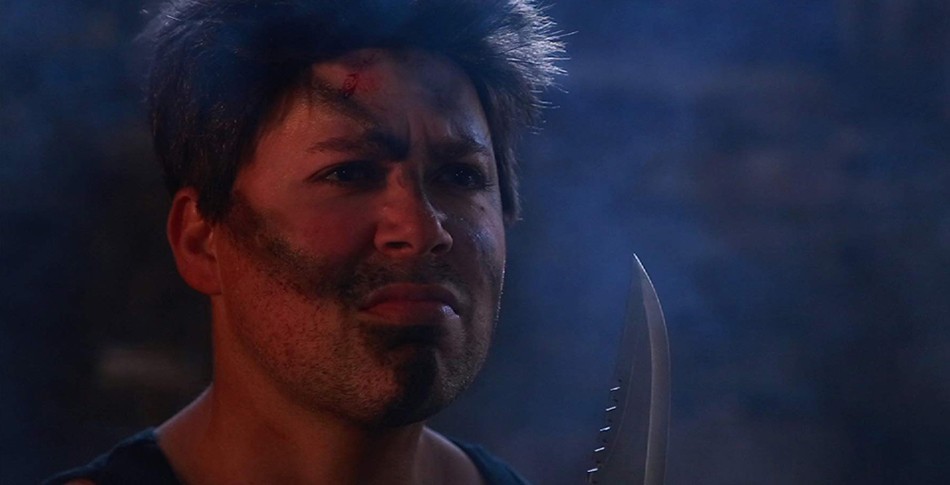 What makes No Chance even more enjoyable is the lead character. While IMDB and the movie’s credits both list him as his character’s name “John Mantrixx,” whoever was in the role had a better than average resemblance to Arnold Schwarzenegger. But what made it even more enjoyable were his grunts, groans and mannerisms when fighting combatants and shooting weaponry. If you walked by the room and glanced at the TV while No Chance was playing, you’d think it was Schwarzenegger.

Another running joke that crept up a lot throughout No Chance was explaining Bennett’s fashion choices in battle and effeminate mannerisms. These were gold! I won’t get into any here for fear of spoilers, but needless to say, they were done. Speaking of spoilers … 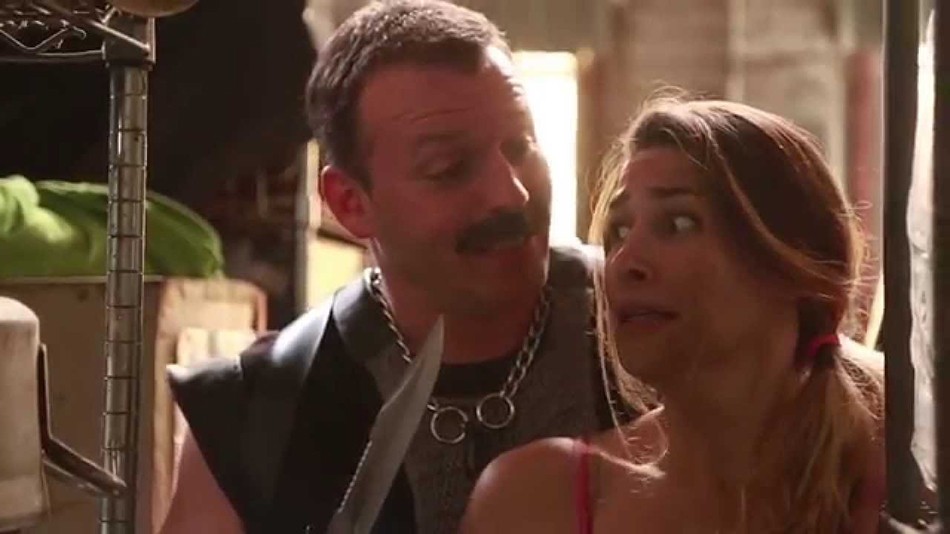 SPOILER ALERT: Vernon Wells’ character of Bennett in the original film was half the fun of watching the movie. Perhaps no other time in the history of action movies has an antagonist been so overmatched against the protagonist (usually it’s the other way around). Somehow, someway, Wells was coerced into making an appearance in No Chance, and like in the original, absolutely eats up the scenery. I’d be remiss if I didn’t mention it’s an homage to his role in the 1981’s classic The Road Warrior.

In conclusion, should anyone reading this miss a golden opportunity to reminisce about Commando yet appreciate an update of sorts to this classic among classic?


Let us know what you thought about No Chance on our Facebook page!