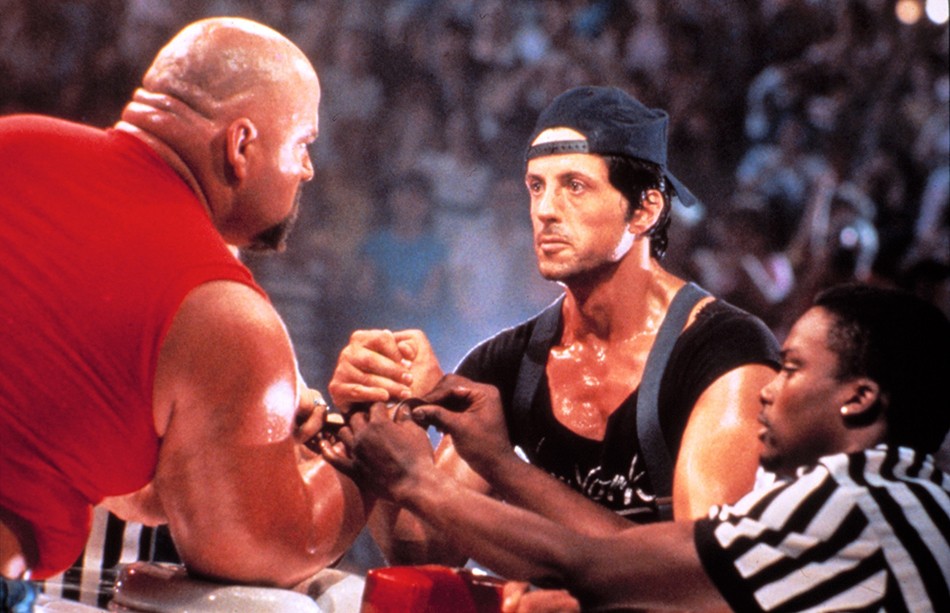 Over the Top is the most Over the Top movie of all time, and you just have to simply accept and love it!

Everything about Over the Top works in just how much it doesn’t. From the concept, to the casting, to the performances, to the awkward plot, to the even more awkward pacing, Over the Top amazingly delivers in every aspect and at every turn until… well… it simply just goes “over the top” and becomes one of the greatest pieces of Ultimate Action cinema ever.

It’s also probably the quintessential Cannon Films film in my opinion as it perfectly summarizes Cannon’s huge popularity and potential against the real world results which ultimately doomed the company into bargain pile obscurity.

At the heart of it all is also Sylvester Stallone at the absolute heights of his career. And despite his $12 million dollar payday just for showing up, he also similarly walks the line between going with the odd flow, while also flexing his cinematic action muscles to will the movie to ultimate greatness.

Why Didn’t Arm Wrestling Become the Next Karate?

So, the bet at the crux of Over the Top basically comes down to “we bet this whole ‘arm-wrestling’ thing takes off, and Over the Top will be the film at the center of a pop culture zeitgeist.” And it makes sense, kind of. Cannon Films had been at the forefront of the whole Ninja and Karate craze with Enter the Ninja in 1981 (and was a year away from releasing Van Damme’s Bloodsport on the world in 1988, which would eventually indirectly inspire the Mortal Kombat game and launch an entire generation into a Karate craze itself).

And who’s to say that Arm Wrestling isn’t just as cool as Karate? In many ways it’s even more basically school yard and accessible. Not a kid in the world couldn’t watch Over the Top and say: “Hey, I do that!”

With the addition of Rocky Balboa himself walking up, flipping his trucker hat backwards, and throwing down hands, it really, really should have cornered the entire market on one of the most basic human games. But alas, for whatever reasons, besides working amazingly well within the confines of the film, in the real world it just really didn’t become the big “thing” they were hoping for.

The Father Son Relationship Flick No One Asked For 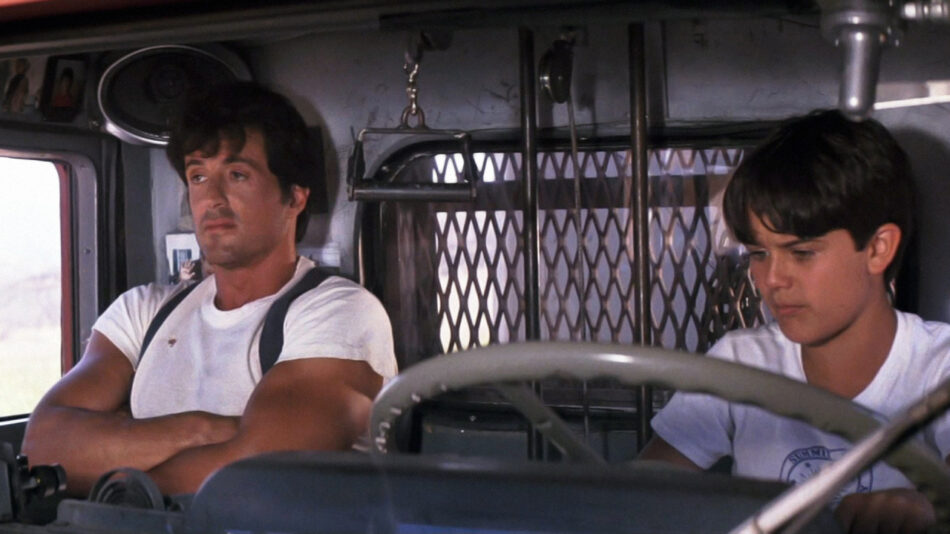 There’s a scene in the Coen Brothers’ Barton Fink where its explained to John Turturro’s struggling screenwriter character Barton that one of acclaimed novelist William Mayhew’s tricks for tackling “wrestling pictures” is to switch up a traditional love story for a mentorship between the hero and a young boy.

This seems to be the approach that writer Stirling Silliphant took when he promised “an action love story with the emphasis on action.” However, while we have plenty of scenes building the relationship between Stallone’s Lincoln Hawk and his estranged son Michael, there really isn’t as much action as you’d like to see in a Stallone action movie of this late-’80s era.

Instead, we get a father son bonding movie that oddly has the mask of turning into a more straightforward actioner at any given minute, but doesn’t really get going until the end. Which apparently for many fans and critics was simply too little too late.

An Arm Wrestling Tournament That Begins in the 3rd Act?

If you ask a fellow action movie watching friend what they remember about Over the Top, chances are you’re going to get some sort of answer about the Arm Wrestling scenes – and most probably some recollections of the Arm Wrestling tournament.

Every time I watch Over the Top though, I’m astounded at how late into the narrative that the Arm Wrestling tournament gets going. It’s literally like halfway through the 3rd act! That is assuming that Over the Top is even truly on a full hero’s journey 3 act structure, and not some odd hybrid 4 act arc to begin with.

Yes, it’s off-handedly teased in some early encounter between Hawk and the Smasher, but the way it’s thrown in as the saving grace for Stallone to basically win his son back is just amazing. Amazing and unfortunate, because I truly believe if the movie was just about the whole tournament from the beginning – this would have been one of Stallone’s highest grossing movies of all time.

It’d basically just be Bloodsport, pre-Bloodsport, but with Arm Wrestling, and with Stallone! And while the tournament we do get is awesome and intense and just downright fun. We only get a slice of what it could have been, and ultimately always will be when looking back at Over the Top.