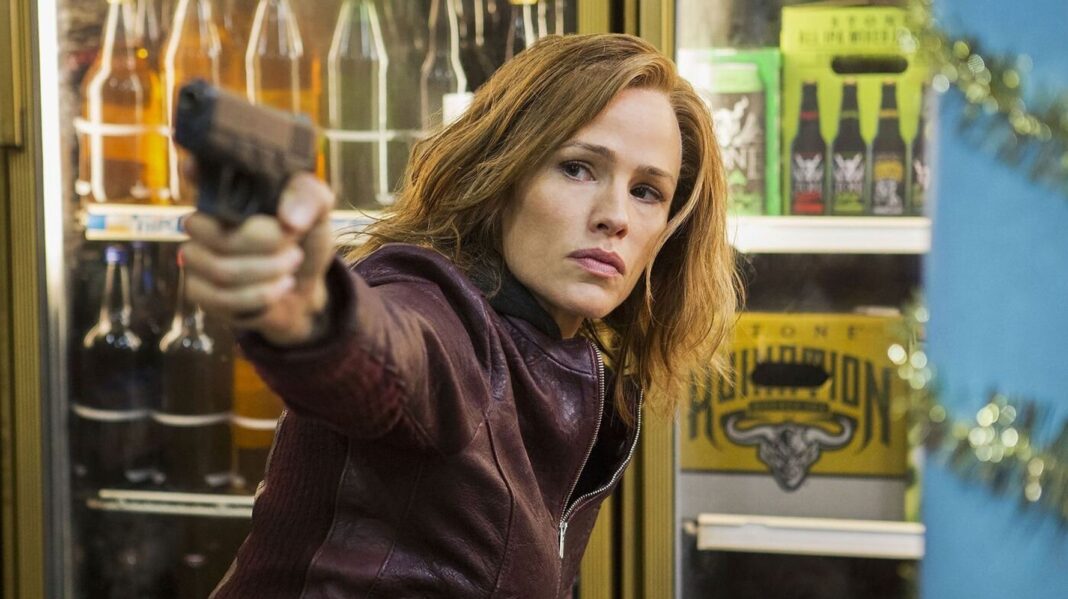 Because who doesn’t want to sprinkle their holiday cheer with some badass revenge action! 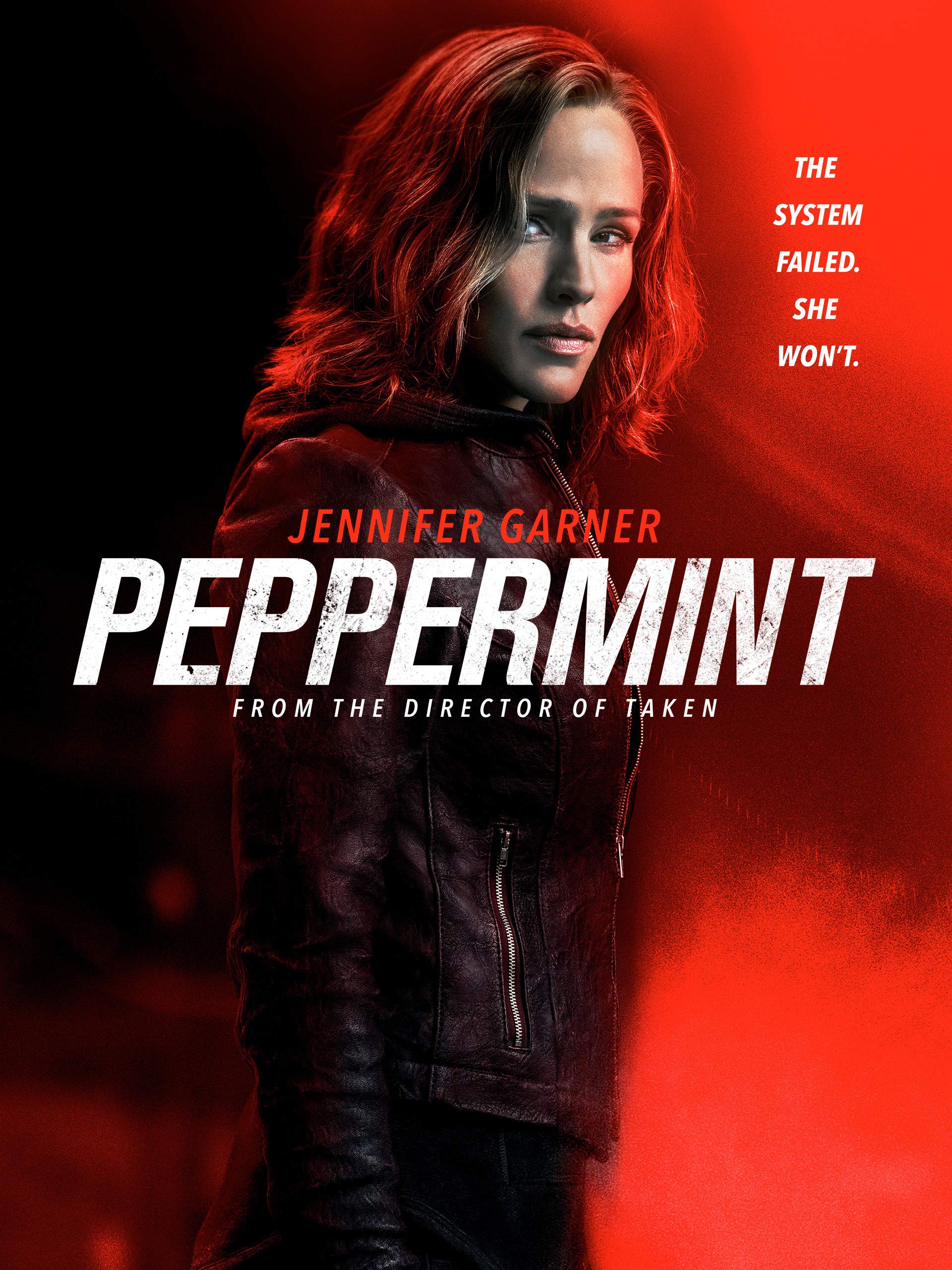 The ghost of Charles Bronson wafts over Peppermint (2018) like smoke clearing the barrel of a freshly fired .32 revolver. The action-driven, revenge fantasy helmed by Taken (2008) director Pierre Morel and starring Jennifer Garner failed to impress critics but thrilled action fans with its vengeful violence and efficient narrative.

Curiously, in an era that champions films featuring strong, independent women kicking ass and fighting the system, Peppermint was ridiculed into virtual obscurity. Fortunately, Netflix recently picked it up and just in time for the holidays too. For those of us who celebrate the season with Die Hard and Invasion U.S.A., you can now add Peppermint to your Yuletide watchlist! It takes place on December 21st and features a festive backdrop for the on-screen carnage and mayhem.

After her husband and daughter are senselessly gunned down and the killers walk free after a sham trial, Garner’s Riley North goes full Batman Begins to learn the ways of the streets, familiarize herself with an assortment of firearms, and she even finds time to take up MMA on the side. She returns five years later to put her new skills and experiences to good use in the LA underworld. She also randomly jumps into action to motivate a drunken deadbeat dad to be a better father. It’s really a wholesome tale of self-improvement and social justice after a tragic loss.

Why the hate? Well, it’s Problematic…

Perhaps critics were rolling their eyes at another Death Wish wannabe as the Eli Roth remake premiered earlier that year and two John Wick movies had their nights under the neon glow. Maybe the depiction of a normal, loving mother in the first act didn’t align with their life experience. The bad guys were mostly –gasp– non-white cartel members and gangbangers, even though Riley North is ruthlessly equal opportunity with her brand of social and criminal justice.

Peppermint is an imperfect film but far too many critics couldn’t get past these offenses as they penned reviews from their fainting couches. It was just too needlessly violent and there couldn’t be sadistic gangs like MS-13 running around on our pristine inner-city streets. Off the couch and outside the bubble, these things exist and sometimes the justice system is woefully inadequate in dealing with them, which is why the film scored much better with the unwashed, movie-going masses. It scored a pathetic 12% on Rotten Tomatoes among the professional critics but the audience score is a much more realistic 71%.

After getting beyond the superficial problematic nonsense, there are legitimate narrative and character issues that hold it back from being truly ultimate. Even after years of mental and physical training, it’s still hard to believe what Mrs. North is able to do, like string up three thugs over twenty feet high on a Ferris wheel. We don’t even get to see much of her preparation for the fateful day that leads to about three dozen kills. Perhaps spending more time with her on this journey would round out her character. That time could’ve been borrowed from the hapless cops who miraculously, and almost immediately, figure out what’s going on despite being relatively useless for 90% of the runtime. 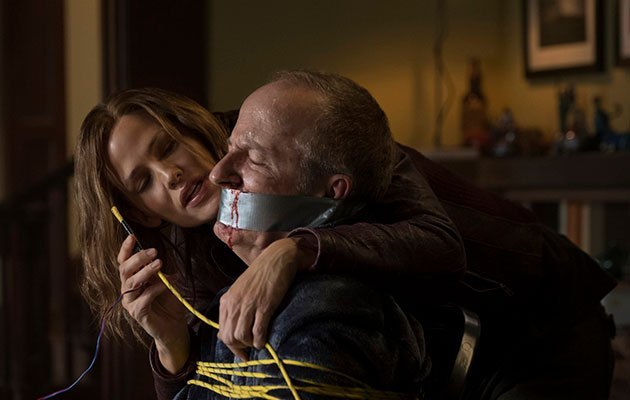 If you can close these gaps enough to take some leaps of logic, there is plenty of entertainment throughout 102 well-paced minutes of shotgun-fu, knife fights, and explosions. Pierre Morel shares an action style with other European directors of his kind; exhibiting a kind of beauty and finesse to the brutal violence. It’s a quasi-arthouse style but with the fun and excitement of a 90’s action classic, which makes for an enjoyable popcorn-fueled experience.

Compare the colorful, atmospheric shootout in Peppermint’s problematic piñata factory to Hard Target’s non-problematic Mardi Gras float factory. Riley North even properly executes a full-auto assault on the crime boss’ compound and takes the boss on mano-a-mano. Aside from these familiar tropes, North’s motivation is well-founded and Garner delivers an admirable performance that balances the fisticuffs with a believable femininity. Her motherly instincts are demonstrated throughout, which are central to her character despite her extreme transformation.

There are a few things to swipe at here and there but there are many more elements and ideas to embrace in Peppermint. I don’t think we’ll get a John Wick or Taken-style franchise but this woman-powered entry in the revenge action sub-genre deserves some more respect than it has received in the past two years. Hopefully, with it streaming on Netflix, Peppermint will find an audience, especially among those of us who appreciate a no-nonsense, action film with a heart and a brass-knuckled fist.