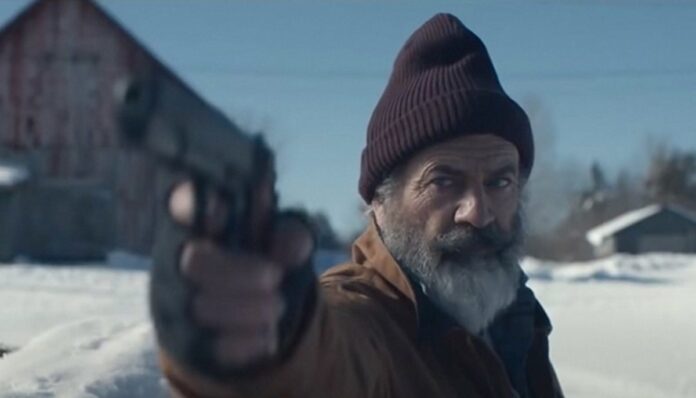 It’s Mel vs Walton Goggins in this grim Christmas tale… 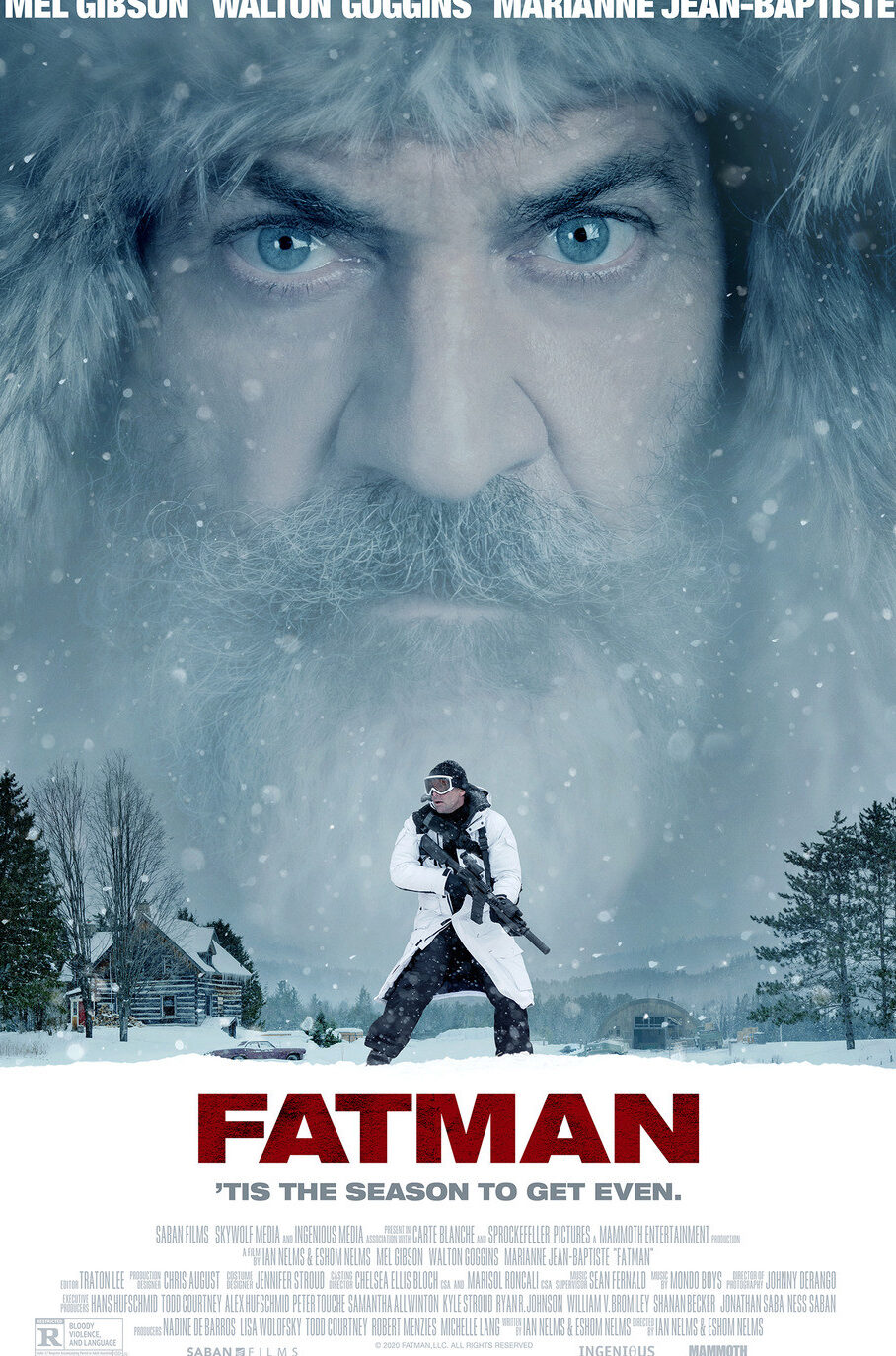 A “grim and gritty” take on Santa Claus is, frankly, ridiculous. Even more so, a film where the embodiment of Christmas cheer battles a hitman trying to claim a bounty put out by a spoiled pre-teen upset over coal in his stocking feels like the sort of parody trailer you’d notice while absentmindedly scrolling YouTube. Worth a quick watch and a chuckle before you moved on to a cute cat video or some other bite-sized video distraction.

Yet, that film description is exactly what, the latest film from the creative team of Ian and Eshom Nelms (Small Town Crime), Fatman is all about. In a world where Santa Claus is very real, a vindictive, wealthy young man (Chance Hurstfield, Good Boys) hires a mysterious assassin (Walton Goggins, Justified) to track down the man known as Chris Cringle and make him pay for labeling the boy as a bad kid unworthy of gifts. Ol’ Chris isn’t the jolly cartoon the media makes him out to be though. He is a burly, tough as nails, survivor and he won’t go down without a fight.

Mel Gibson is the Fatman

So, we have to address the elephant in the room. Chris is played by disgraced megastar Mel Gibson (Braveheart). After having his career deservingly sidelined for several years after recordings of him drunkenly spewing racist and anti-Semitic tirades were leaked to the media, Gibson has slowly been trying to reestablish himself in Hollywood as an actor. He has at times chosen roles that clearly rebuke his now tarnished public image, like 2016’s Blood Father where he battled racist drug dealers, and at others he has taken on roles, like that of a disgraced cop in Dragged Across Concrete from 2018, that shamelessly leaned into the negative perceptions. It feels like Gibson is trying to appeal to both the people who were repulsed by his drunken antics and those who wish they could get away with such abhorrent behavior themselves. It’s a confusing approach and has only served to make him even more divisive among film fans.

Here with Fatman, we have Gibson trying to do something so distanced from his ugly past that it almost feels completely forced. That’s not really the fault of the script, the directing, or even Gibson’s own acting. He’s honestly quite good in the role but his image has such an incredibly dark stain on it that will always affect how the films he’s in are perceived. Even with this gritty interpretation of the character Gibson’s mere presence in the role still feels like a bridge too far.  Another example is the role of Chris’s wife, Ruth Cringle, played by Marianne Jean-Baptiste (Without a Trace). She is wonderful in the role of Ruth- strong, yet warm and loving, but because of Gibson’s history and the fact that she is a person of color it causes doubt to creep in as to the filmmakers’ motives for casting her. It’s unfair to the Nelms brothers to wonder about that and even more so to Jean-Baptiste. We should just be focused on the great work she does here and not the intentional or unintentional optics of the situation. The sad reality is though that Gibson’s baggage weighs heavily on nearly every aspect of Fatman. I’m not sure there was ever a way to overcome that here and keep him as a participant in the film. 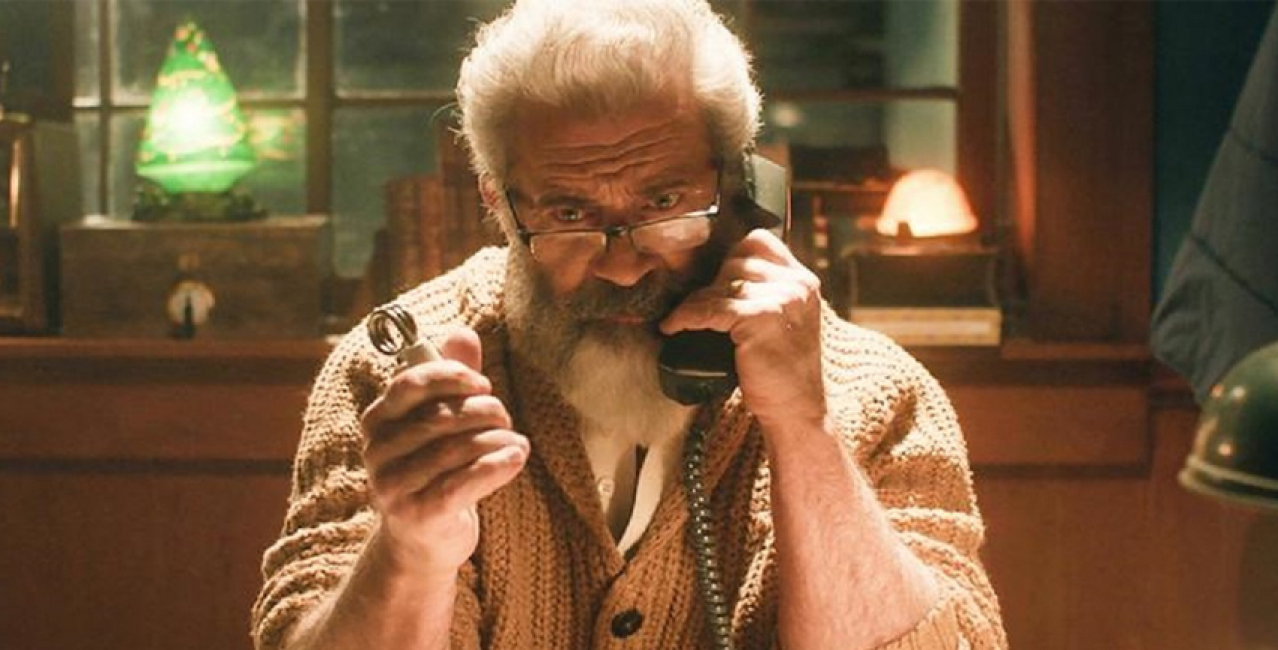 Which is a shame because there is a lot to admire about in the film. Despite its incredibly dopey premise, the world-building here is clever in how it addresses something like Santa Claus affecting the global economy and what his relationship to the governments of the world would be like. Even the idea that he is magical in a world where no other magic exists is handled in subtle yet interesting ways. It’s all fun background dressing though at times the nods to Santa lore tend to give the film a bit of tonal whiplash. Fatman is all fairly serious so when something absurd does happens, like the US military enforcing new security measures on Chris’s workshop elves for example (yes, there are elves), it muddles what is essentially a pretty straightforward story of a conflict between two men, one ordinary and the other anything but.

It’s not really accurate to label Walt Goggins’s nameless hitman (he is listed as just “Skinny Man” in the film’s closing credits) as “ordinary” though. He is menacing, comical, and tragic all at once and Goggins completely owns the film whenever he is on screen. He is equally adept at the physical demands of the role. Goggins is a part of every bit of action in Fatman and he is utterly convincing as someone who can handle themselves in a gunfight. I hope that someday Walt Goggins gets a high-profile antagonist role in a big budget film where he can really show off his action star chops. He’s got them and it’s a shame they aren’t utilized more often. If I had to give you one reason to see Fatman it would be for his one-of-a-kind performance as a guy who really hates Christmas. 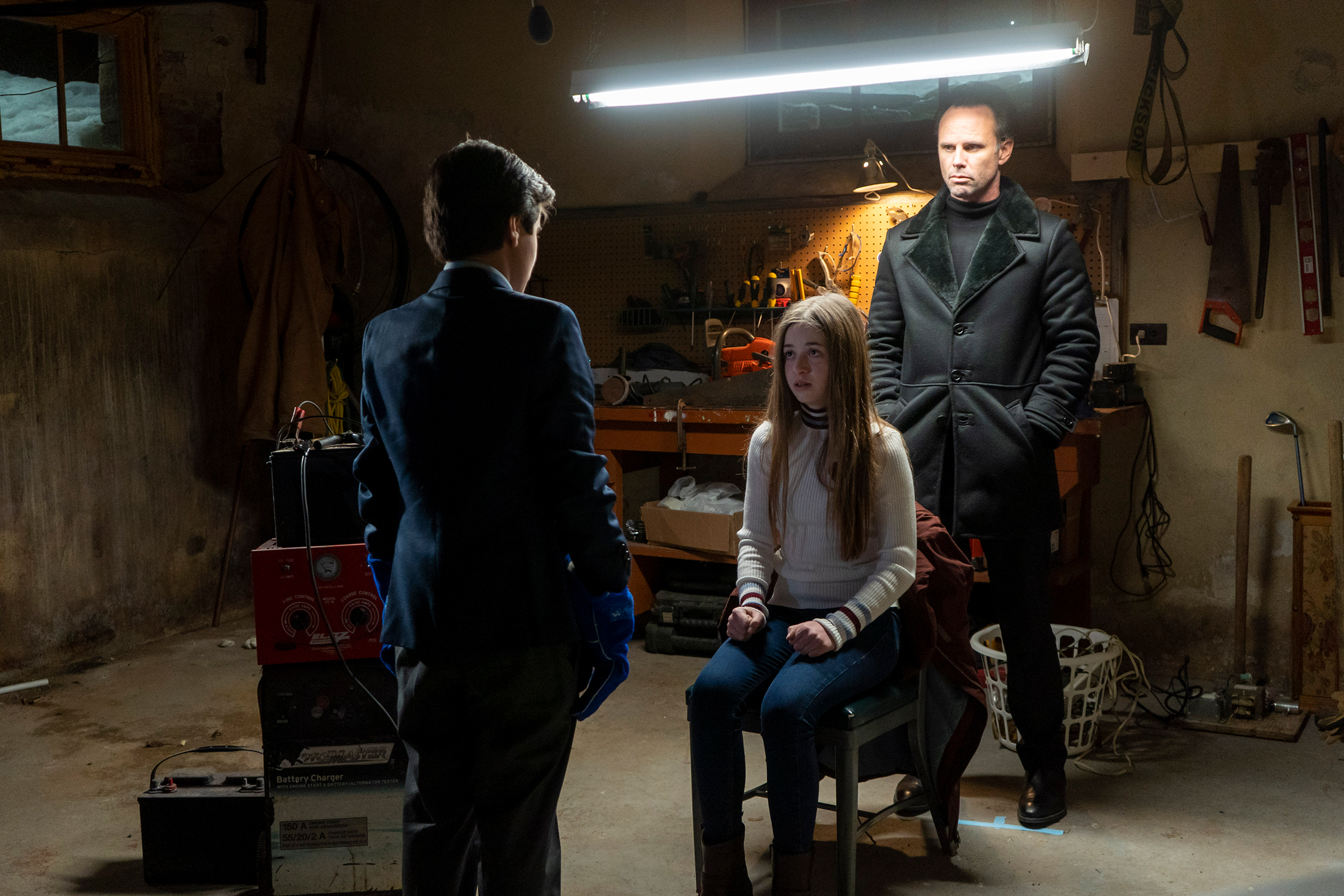 Near the end of the film, when Walt Goggins and Mel Gibson finally square off against each other, guns at the ready, on a snowy landscape- the tension and electricity is palpable. The scene feels like a modern day-take on Sergio Corbucci’s snow-covered spaghetti western classic The Great Silence as it cuts to a closeup of Gibson’s icy blue eyes framed against the harsh, winter environment. It’s a moment that reminds you of Gibson’s powerful presence as an actor and why he was at one time such a big star. Unfortunately, it’s not enough to push his past misdeeds out of your mind and likely never will be no matter what roles he chooses in the future. Fatman suffers greatly due to that fact despite the positive efforts on display from everyone else involved with its production.