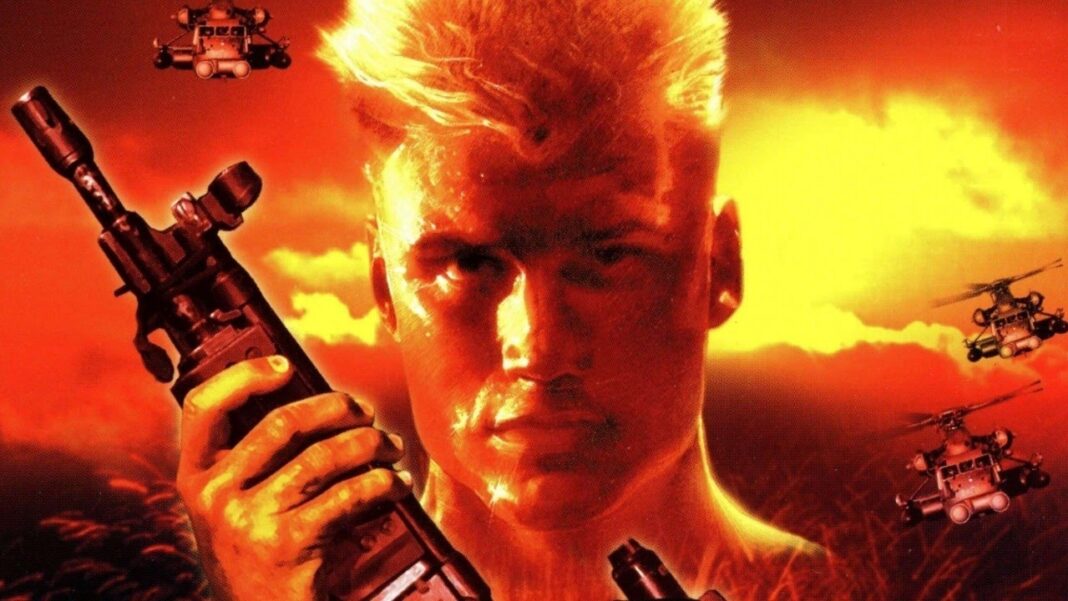 One of Dolph Lundgren’s most over-the-top and high-octane action romps. 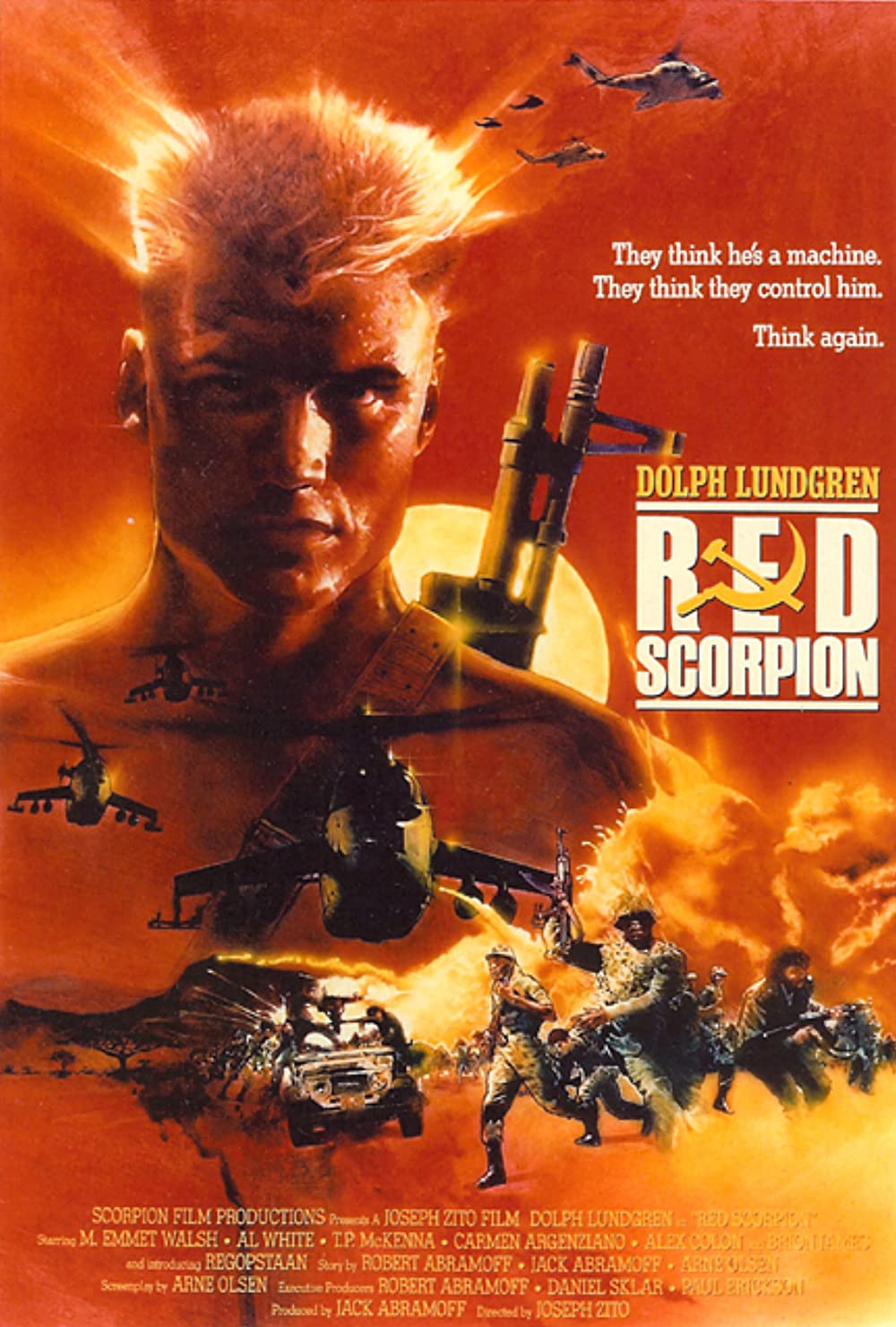 The 1980s saw a glut of cold-war themed action movies, and Red Scorpion closed out the decade with a bang. The film was the last entry to director Joseph Zito’s unofficial Reagan-era trilogy that started with the Chuck Norris classics Missing in Action and Invasion USA. For Red Scorpion, he teamed up with rising star Dolph Lundgren. After Rocky IV, Lundgren again portrayed a Russian, but this time he sees the light and becomes a muscle-packed killing machine for the forces of good!

Spetznaz operative Nikolai is sent to an African country to assassinate a local rebel leader. Arriving there, he witnesses the atrocities committed by the Soviet military and their Cuban allies. He discovers his conscience, switches sides, and the show is on! During the cold war, the Soviets got a foothold in some African countries, and the film utilizes this backdrop to provide a unique setting for an action film of its decade.

You are Spetsnaz, a perfect killing machine!

Lundgren impresses with a seriously bad-ass hair cut, and oiled muscles that shine brightly under the desert sun. As always, he delivers a physically compelling performance, talking less than John Rambo, yet never short of a cheesy one-liner. Nikolai is a man of action who does not like to overthink situations, and his first choice to resolve every situation is brute force. His stoic demeanor is contrasted by the chatty character of war reporter Ferguson, who is portrayed by the inimitable M. Emmet Walsh. He gets half the dialogue of the entire movie, which he spends mostly ranting and cursing.

The great Brion James is a bit underutilized as Russian colonel, but gets to indulge in some good old evilness. Watch out for the scene when he switches on Ferguson’s confiscated tape recorder which to his surprise and anger plays imperialist Rock’n’Roll. He then gets some stress relief by slowly putting out his cigar on the chest of the imprisoned Ferguson. 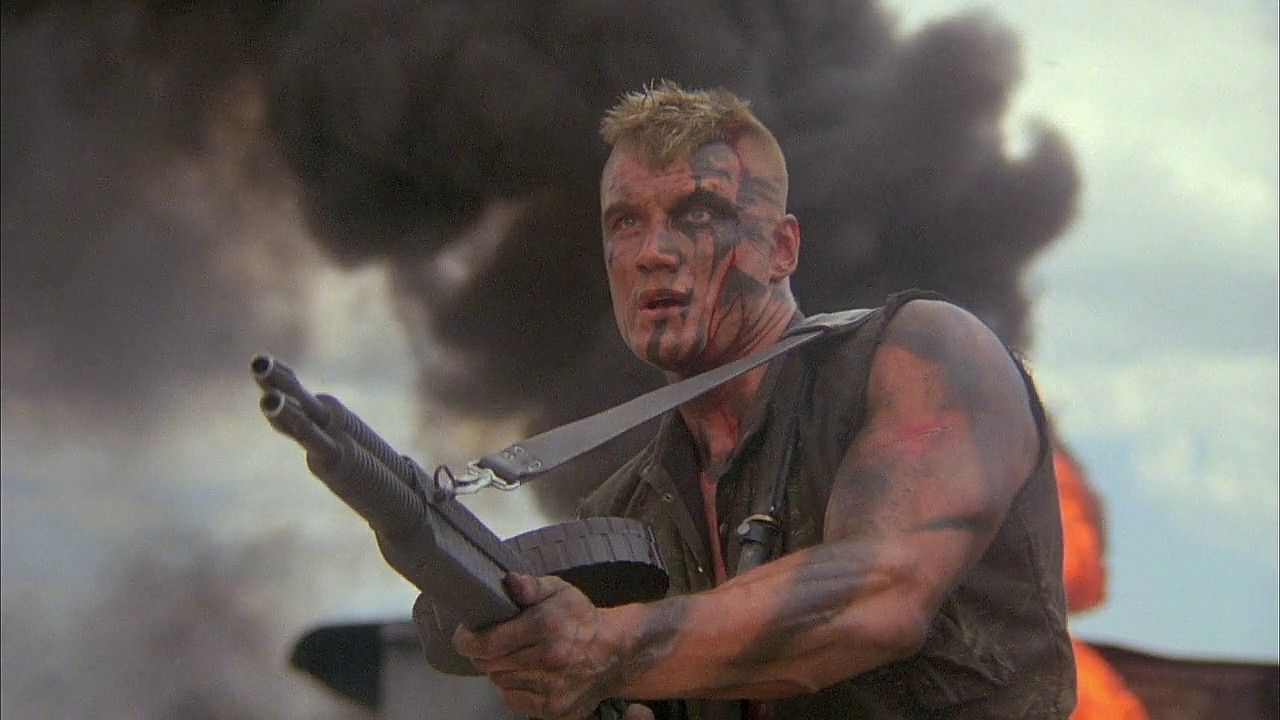 The film’s unapologetic pathos, the cartoonish characters and their cheesy dialogues all work together nicely, and the old-school action bingo card is completed by the many wonderfully destructive action sequences. Red Scorpion has everything what an action fan’s heart desires: huge weapons, massive explosions, car chases in the desert, and a good chunk of bloody hand-to-hand violence. The lost art of making vehicles explode by firing at them with a shotgun from 100 feet away is also practiced multiple times. The film would not be complete without a torture scene where a Cuban interrogator rejoices in his job while the pitiable recording secretary has to sit in the back and watch.

The film’s first part is fast-paced, but things come to a complete halt when Nicolai gets rescued from dying in the desert by a by a bush tribe. He learns their ways, and as a farewell gift gets imbued with the mystical powers of the red scorpion. While there’s nothing wrong with a kitschy and goofy interlude of this kind, the whole thing is just too long, and could have been trimmed easily by ten minutes. After Nikolai returns from the desert spiritually renewed, the big finale starts abruptly, and we’re in the middle of a massive assault on the Soviet/Cuban military compound. It’s a beautiful orgy of pyrotechnics and destruction that ends just as abruptly as it began.

Red Scorpion goes completely over the top with its clumsy moralizing and high-octane action. Few other films can satisfy this archaic joy of seeing lots of things explode, again and again. It is one of the ultimate one-man army vs. communism actioners.