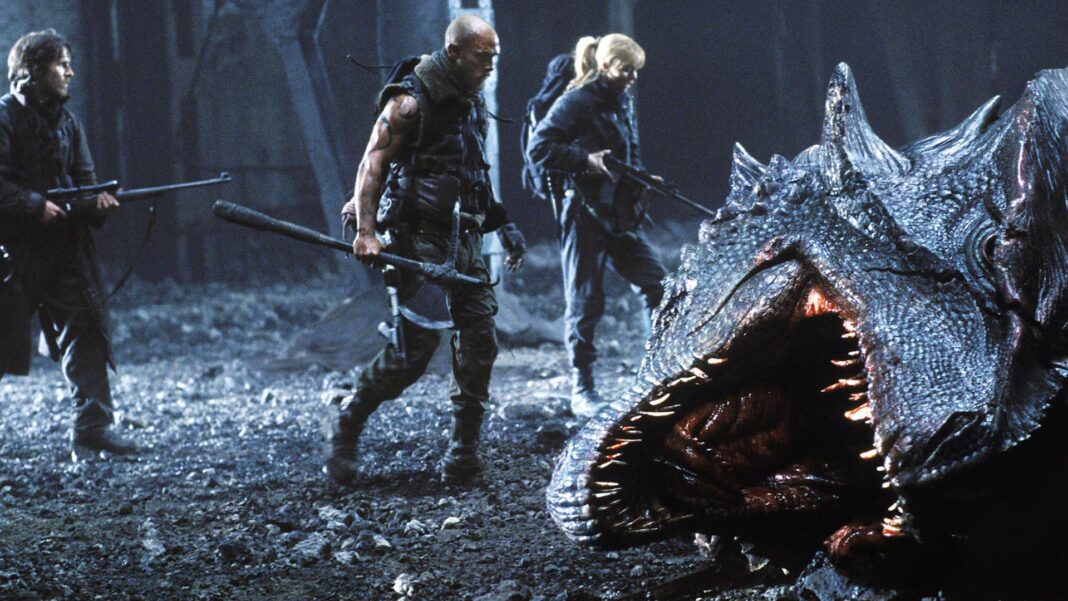 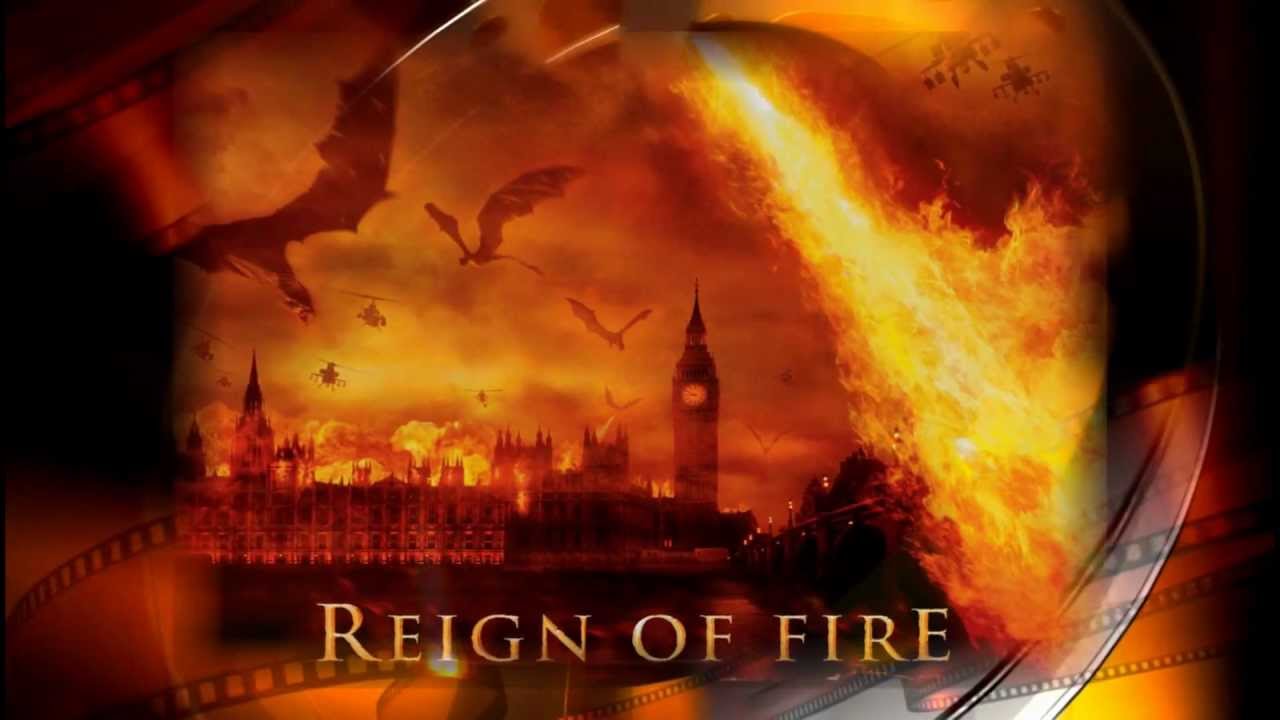 Blockbuster movies involving dragons usually are of the high-fantasy type, such as Dragonslayer or Dragonheart, but Reign of Fire puts a spin on the familiar story. Dragons exist in our present time, and are bringing the apocalypse to earth. I like movies that have at least one unique feature that makes them stand out from the crowd, and Reign of Fire has its setting going for it.

The movie was a box office bomb, and it wasn’t because of me. I went to the cinema, and had a great time! The premise sounds as if Reign of Fire could easily wander into trash territory, but it turns out to be a fairly solid action-adventure.

A construction project in London digs too deep into the earth, and awakens dragons that laid dormant for ages. Soon after, the world is in flames, and the flesh-eating behemoths have wiped out almost all of humanity. That’s the setup for the movie, and the scorched earth where the last humans are trying to survive is visualized by director Rob Bowman with fairly impressive set pieces. The world has become a hellish place, practically every scene has either smoke, fire or ash in it.

After we get acquainted with the small band of survivors led by Quinn (played by Christian Bale) that are dwelling in a ruined British castle, the dragon attacks keep coming in. The outpost is saved in time by a squad of US marines commanded by Denton Van Zan (played by Matthew McConaughey).

If you would be inclined to draw any parallels to World War 2 here, I would totally agree with you, except that the Marines are too late this time to save Europe from complete destruction. The soldiers have upgraded the traditional dragon-slayer tactics, and use weaponry of the appropriate size. Helicopters and tanks surely pack a lot more punch than swords and lances. 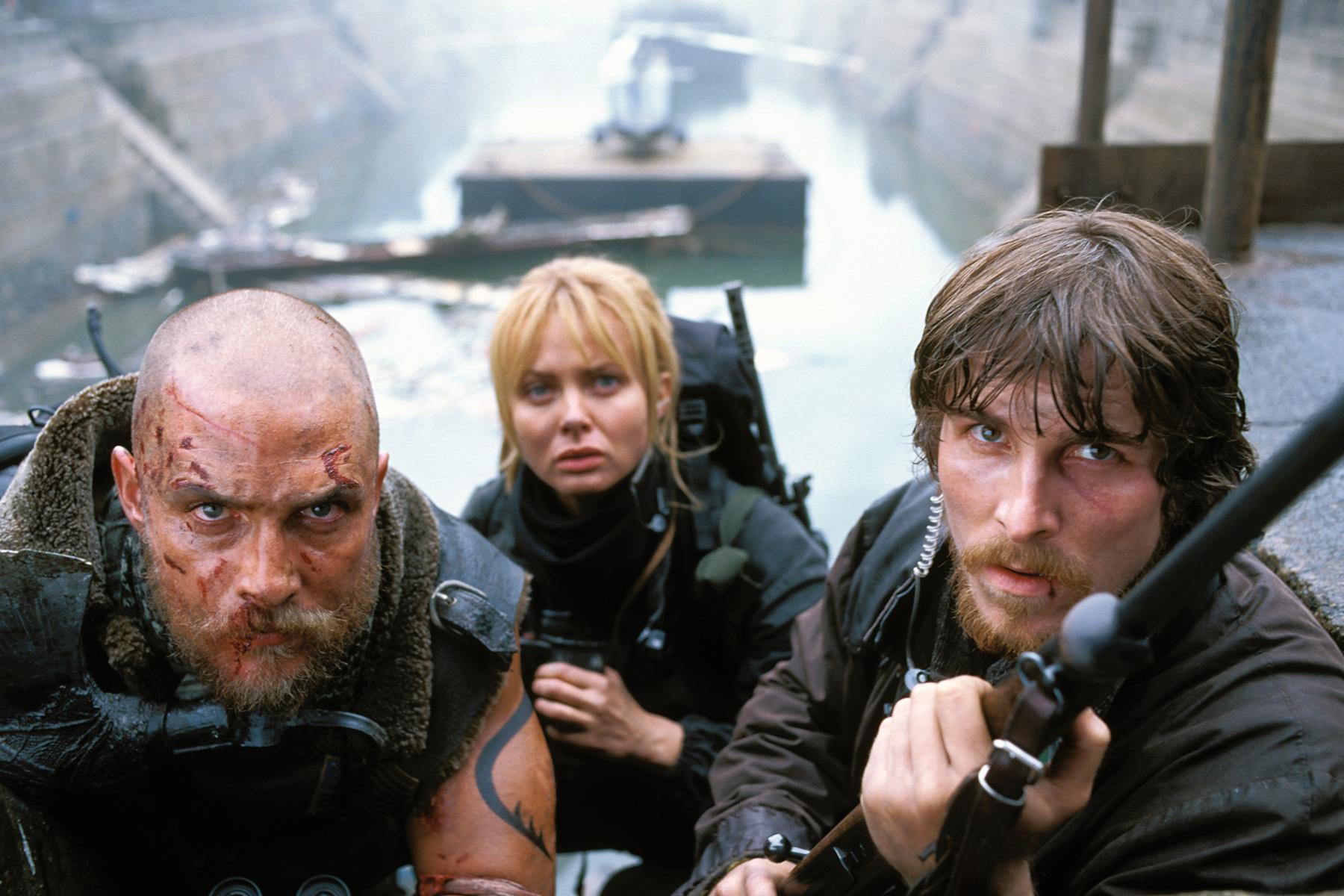 It seems as if Christian Bale and Matthew McConaughey entered into a beard-growing and bodybuilding contest for this movie. Both got incredibly jacked and hairy, but the winner of the competition is McConaughey by a wide margin. He looks and behaves like a savage viking, and also carries a giant battle axe! And while there’s not really anything special about Bale’s character, it’s great to occasionally see him in action movies like this one or others such as Terminator: Salvation, as he’s just a very charismatic and talented actor.

The movie is refreshingly straightforward without being dumb, and keeps the action coming at a good rate. The centerpiece of the action scenes are the dragons, and their attacks are truly spectacular and devastating. Forget about the noble beasts, their appetite for destruction rivals that of Godzilla. 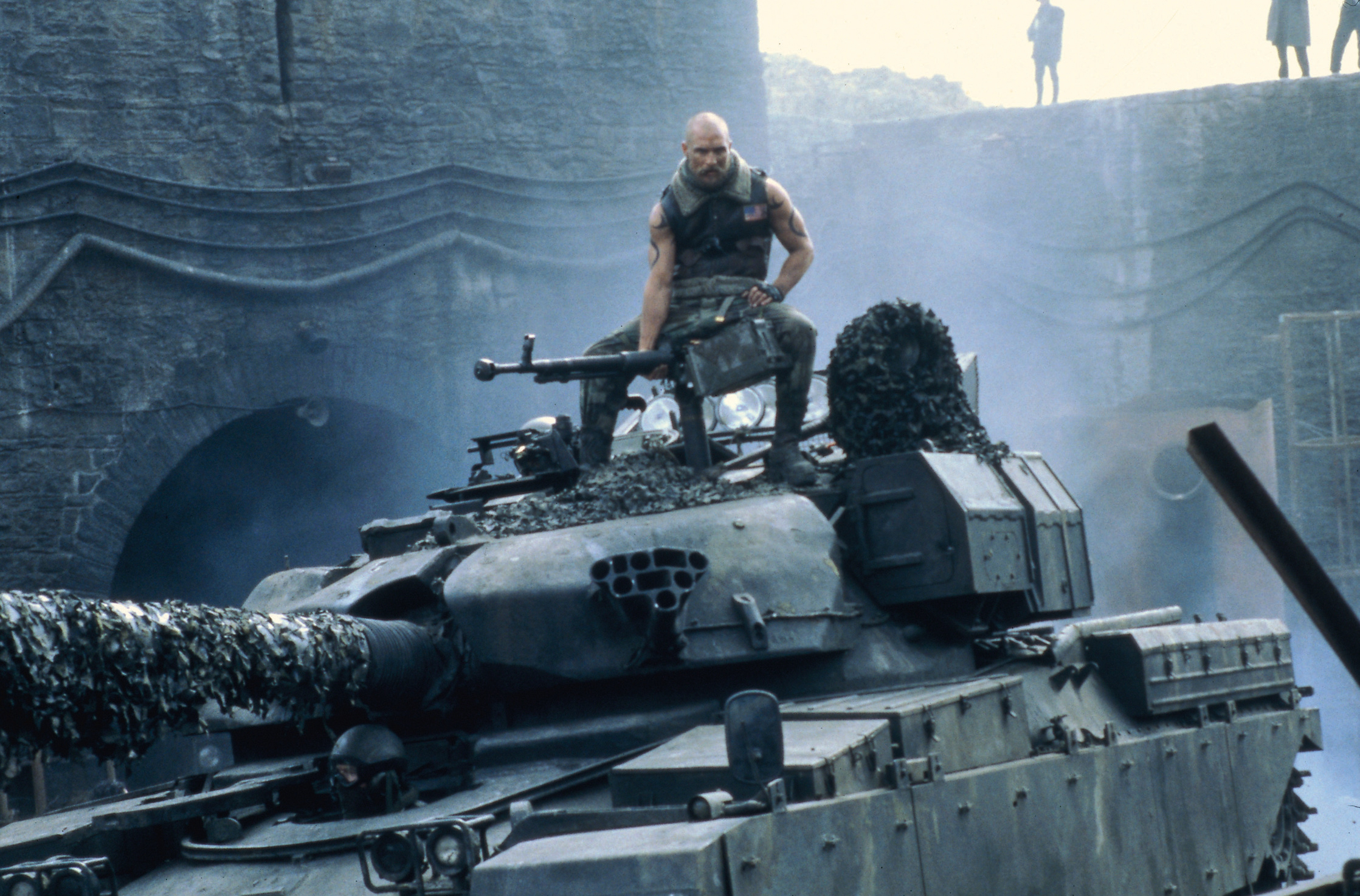 The dragons look really bad-ass and intimidating, even though the CGI are a bit dated, but that’s no problem. The final fight takes place in a pretty impressive set of the destroyed and burning city of London, and its indisputable highlight is McConaughey going into topless viking berserk mode.

Reign of Fire is a fine addition to the heroes vs. monster genre, and successfully manages to avoid the cheesiness often associated with this type of movies. It’s an action-packed ride, and perfect popcorn entertainment even by today’s standards.