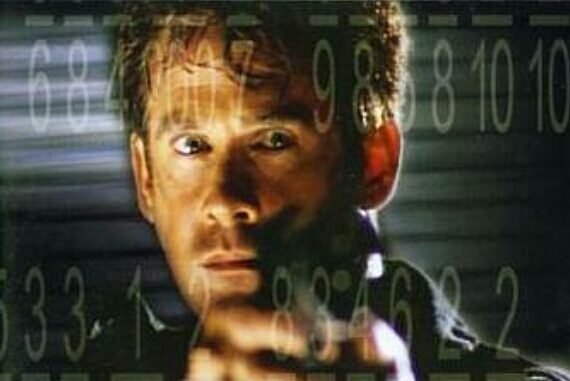 In a post Cannon Films world, Michael Dudikoff strikes out on his own with the ultimate actioner Cyberjack aka Virtual Assassin (1995). 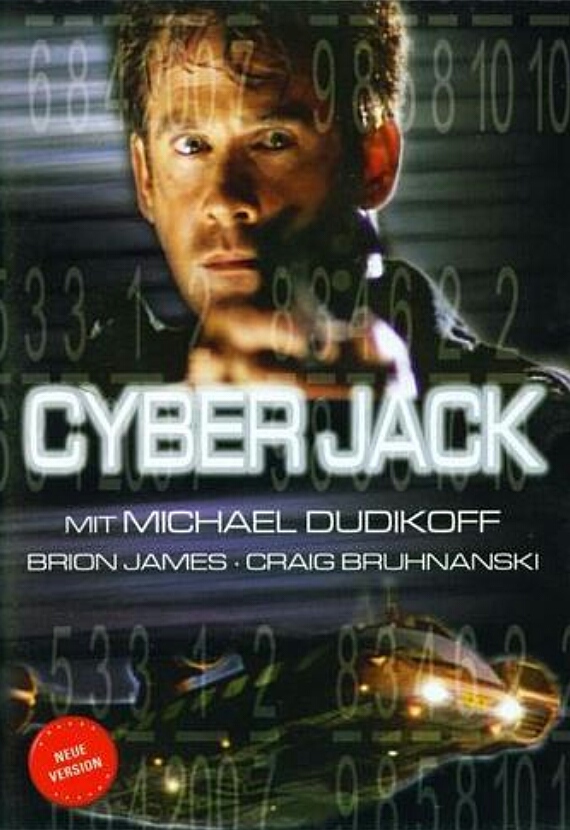 Synopsis: A deadly virus falls into the hands of psychopathic terrorist Nasseem, and it’s up to jaded ex-cop Nick James to save our future from this maniac.

Before we get into this, we have to invest a few paragraphs indulging a top-down view of the culture of the previous decade that set events in motion, and allowed this gem of 90s sci-fi/action to exist.

The heyday of Cannon Films produced some of the best low budget action films of the Reagan era, leaving unforgettable images permanently embedded in the brains of feverishly impressionable kids. (Like me.) Most of the films starred brawny, monosyllabic, stoic men of action with unshakeable morals. They were very clear in their minds on who the enemy was, and they had no qualms about the mayhem and destruction they caused on their duty to uphold democracy, nor were they troubled at the double-digit body counts they generated on their way to exterminate the lead villain. 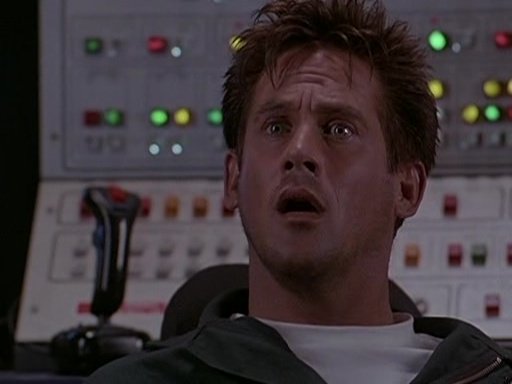 Conversely, our hero, Nick James (Michael Dudikoff) doesn’t display such self-assurance. Some time ago Nick watched his partner shot dead in a failed hostage situation instigated by future nemesis Nasseem (the always reliable go to bad guy Brion James.) The failure to save his partner has sent him into a downward spiral of bad dreams, drinking and escalating gambling debt. The Primary and Secondary Criteria of effective action films has been set in place, and the primer is about to go off.

Back to the 80s. With such staunch Cannon Films action heroes, unmoving in their philosophies and politics (which were one and the same), there wasn’t much room for the application of the Primary and Secondary Criteria of effective action films, which we’ll get into shortly. But in their golden period of productivity, before Golan and Globus overextended themselves financially and Hollywood took their formula and added a few dozen millions to their budgets, they cultivated a stable of actors that scattered in all cinematic directions after Cannon closed up shop. One of them was Michael Dudikoff, from American Ninja. Under Cannon Films, Dudikoff played the squinting, tight-lipped, silent Joe. A young man with great fighting skills and no memories of his past. Under Prism Pictures, producers of Cyberjack, Dudikoff has matured as an actor. He’s charismatic, and projects a vulnerability that hints at the awareness that he’s lost his way. It’s going to take a big, explosive event to shock Nick out of the trap he has made for himself.

And on the same night Nasseem and his gang invade the building that houses the tech company Genesis, Nick is crashing in the basement. After a very dangerous run-in with his bookie, and with no place to go, Nick hides at the company headquarters that employs him as a maintenance technician. While Nasseem and his crew round up the scientists and demand they hand over the virus they’ve developed, Nick is distracted with the very detailed and anatomically enhanced virtual reality belly dancer, one of the many toys Genesis is developing, and so he doesn’t hear the hysteria a few floors above. When Nick finally realizes he’s in Die Hard in a tech company, he runs and hides. He’s just a janitor, after all. But that cocky, devil-may-care, grinning cop we saw at the film’s beginning is buried, somewhere in the depths of the shabbily-dressed, flask-chugging, degenerate-gambler we see now.

And it’s while he’s trapped in the ventilation system, after taking out his first henchman with a comically large wrench, that Nick begins his personal journey to redemption, and we are treated to a fine example of the Primary Criteria of the effective action film:

This criteria is not dependent on budget, but on writing and character, and while the screenplay has weaknesses in the story structure and awkward lines of dialogue, there’s enough good material for Dudikoff to build a flawed but well meaning action hero. And from this incident Nick’s ingenuity and resourcefulness only increase. Pretty soon he’s decimating the ranks of henchmen, accomplishing more with his tools and belt than half a dozen terrorists with auto assault rifles. Nick becomes a growing thorn in the side of Nasseem, who escalates his viciousness towards the hostages, Nick, and a couple of perimeter guards who made the unfortunate choice to stop by Genesis to bring donuts to their colleague, the front door guard and the terrorists’ first casualty. This is where we’re treated to an impressive display of practical effects with a perimeter robotic machine gun and an exploding car. Nick witnesses the carnage from a window. He understands that now it’s up to him to end this, and he starts pushing back against the henchmen even harder, first matching, and then surpassing their violence. Primary Criteria rising.

I couldn’t find much about the director, Robert Lee. An IMBD search shows he’s mostly worked as a second unit director, which is unfortunate. He shows skill in framing and filming action and fight scenes. He takes advantage of the sci-fi gadgets available to him to stage clever and competent action scenes. 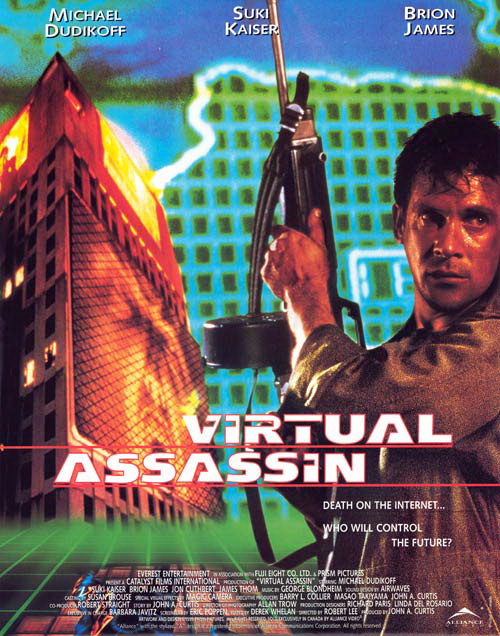 And while Nick steps into his place as the hero of the film, even as a series of misunderstandings place Nick as the perpetrator to the eyes of the police gathering outside, Nasseem himself ups the ante on events by injecting himself with the virus. The Secondary Criteria has been met full force:

Yes. Almost immediately after Nasseem storms the tech company, he forces Nick into smaller and smaller hiding places, till he can’t hide anymore, and either fights or dies like some of the hostages Nasseem has been shooting dead out of frustration. Nick’s confidence blooms and grows, thanks to the same man that took it away from him with one bullet that night years ago. And now, with the virus coursing through his bloodstream, Nasseem has become more than human. He can access the computer chips linking the SWAT team that’s been deployed to the site. Nasseem sends a surge of electricity through the SWAT team commlinks, frying their brains, before using the confusion to escape with the virus developer, Dr. Alex Royce. (Suki Kaiser.) Naseem has big plans. He’s headed to the city’s broadcasting tower. He’s going to deliver a message of chaos and hate through the satellite dish, to infect the planet with his madness. Nick needs to hurry!

I’ll leave it to you to find out what happens. Cyberjack is available for free on tubi. (Under the title Virtual Assassin.) Watch it and see where one of the graduates of the Cannon Films school of action went after Cannon folded.