A look into how Samurai Cop II (2015) expounds upon the campy original actioner. 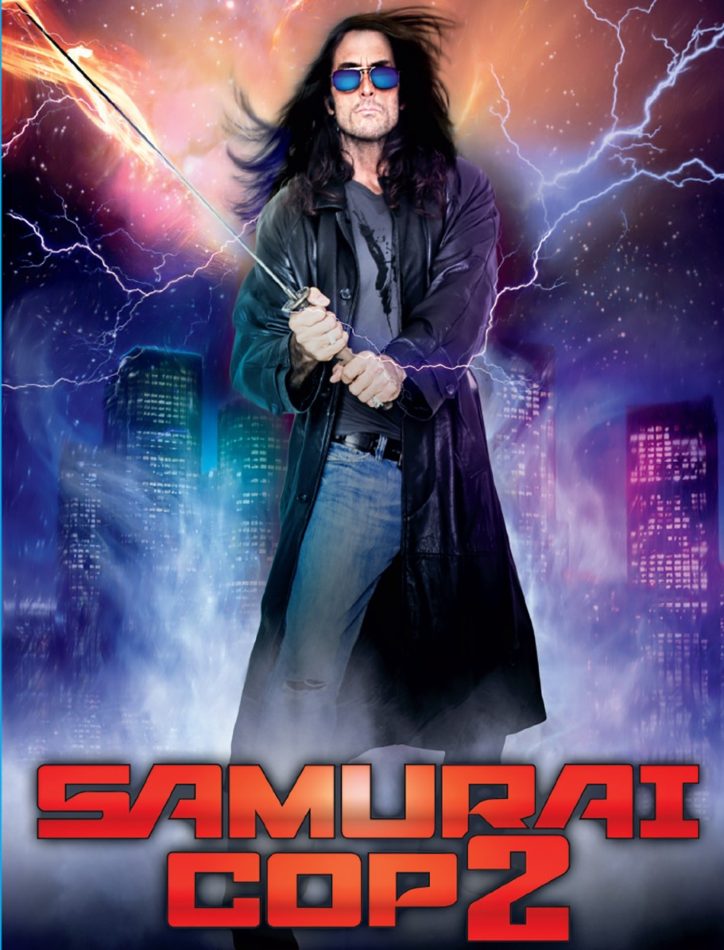 In her “Notes on Camp,” Susan Sontag noted that the best camp is unintentional and made with the utmost seriousness. I would say the same applies to so-bad-it’s-good movies.

Samurai Cop took some time before it gained cult status. By the 2010s, it was already a legend, so it makes sense that some fans would want to make a sequel. Kickstarter and Indiegogo campaigns funded the sequel’s budget. Several former cast members were brought back onto the project. Was the Samurai Cop 2 effort as ultimate as the 1991 schlock classic?

How Samurai Cop Became ‘The Room’ of Ultimate Action Movies

The Origins of the Samurai Cop

The story starts in 1991, right after the events of the first film. After his beloved Jennifer (Kayden Kross) is murdered in cold blood by a random teenage boy, Joe (Mattew Karedas) swears vengeance. Twenty-five years later, Joe is pretty much a recluse and his partner, the man of many comical faces Frank Washington (Mark Frazer), is trying to crack a case involving a gang war between the resurrected Katana gang and the Shinjuku gang.

The Katana gang has been reorganized by none other than Fuj Fujiyama (Cranston Kamuro), the mullet-rocking big bad of the original film—who somehow survived death. Coaxed into rejoining the police force, Joe must contend with Fujiyama’s newest second-in-command Dogge (Bai Ling) and the unstable Shinjuku gang member Linton Kintano (Tommy Wiseau) if he wants to gain justice for the law and for Jennifer.

Samurai Cop 2’s big problem is that it’s way too self-aware and reference-heavy for its own good. Pretty much every meme-worthy moment from the original is paraded back out. The sequel also mimics the original’s choppy editing and cheesy fight scenes, and it’s cute for a little while. However, there’s a kind of hipster energy to the whole thing, congratulating itself for being ironic in its badness.

Because the film’s mission is to recreate the badness of Samurai Cop, it basically becomes a one-joke picture. It’s far more fun to watch a movie stumbling to tell a serious story than it is for someone just to make something with the intention of it being terrible. This approach might work for a short film, but when you try to sustain it for ninety minutes, the gag gets old fast, especially when it’s paired with a story that is near-impossible to follow.

Say what you will about Samurai Cop: the plot developments at least track, even if they’re silly and poorly edited. Not even David Lynch could make heads or tails out of SC2. I wondered several times if I had missed something, only to find out after perusing other reviews of the film that this confusion seems to be a widespread phenomenon.

Even if you just want to relive the glory of Shervan’s movie, SC2 only half-heartedly tries to pastiche the style of the original. In fact, most of the time it feels like the filmmakers are trying to pastiche The Room—and no, not just because Tommy Wiseau is playing one of the bad guys. Take the way the sex scenes are shot: with the roving camera and bad R&B music, they resemble the navel-loving antics in The Room more than the sterile, awkward love-making that pops up in Samurai Cop. While both those films are cult classics, they aren’t terribly similar in how they’re bad.

Then again, at least the connection to Wiseau’s opus is stronger than some of the other weird references. SC2 also randomly becomes Alfred Hitchcock’s Vertigo when a treacherous Jennifer look-alike makes her appearance halfway through the movie (also played by Kayden Kross) and Joe tries to get her to look like his dead wife. Because when I think weirdo cult action films, I guess Vertigo tops the list?

Another ‘So Bad It’s Good’ Flick 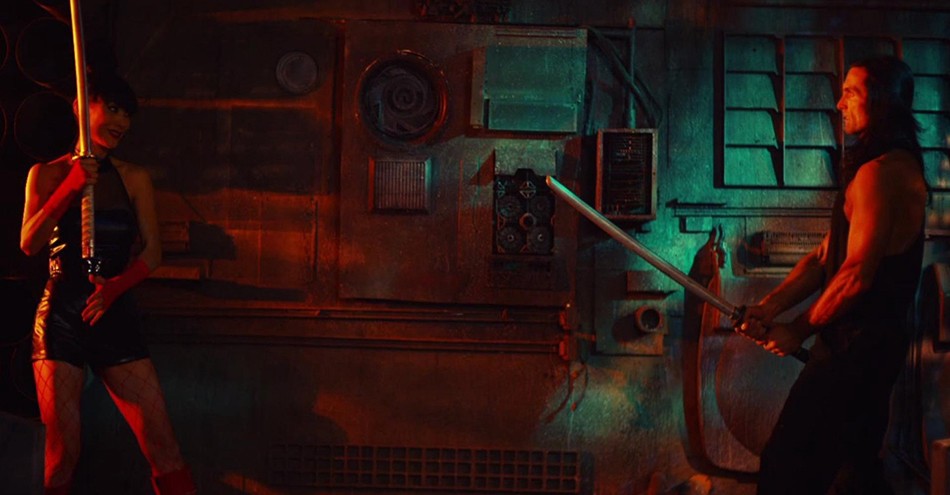 I don’t know if I can recommend this movie. As someone who counts the original Samurai Cop as one of her favorite so-bad-it’s-good movies, SC2 felt like a sad waste of time. Only fleeting moments are funny and it gets old really fast. You’re better off watching a few clips on YouTube.

What are your thoughts on Samurai Cop and Samurai Cop 2: Deadly Vengeance? Let us know on our Facebook page! 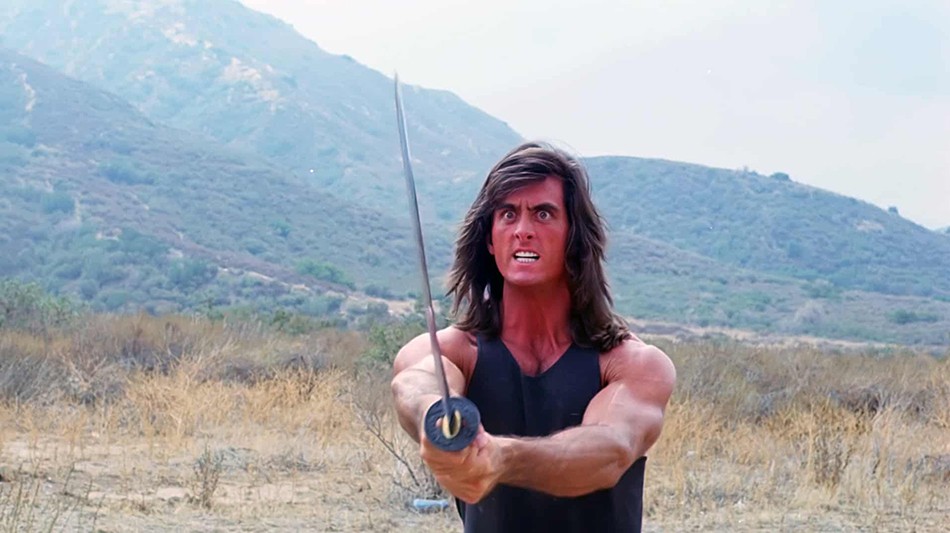 How Samurai Cop Became ‘The Room’ of Ultimate Action Movies