Tony Scott and Christopher Nolan would approve of this action thriller’s combustible world. 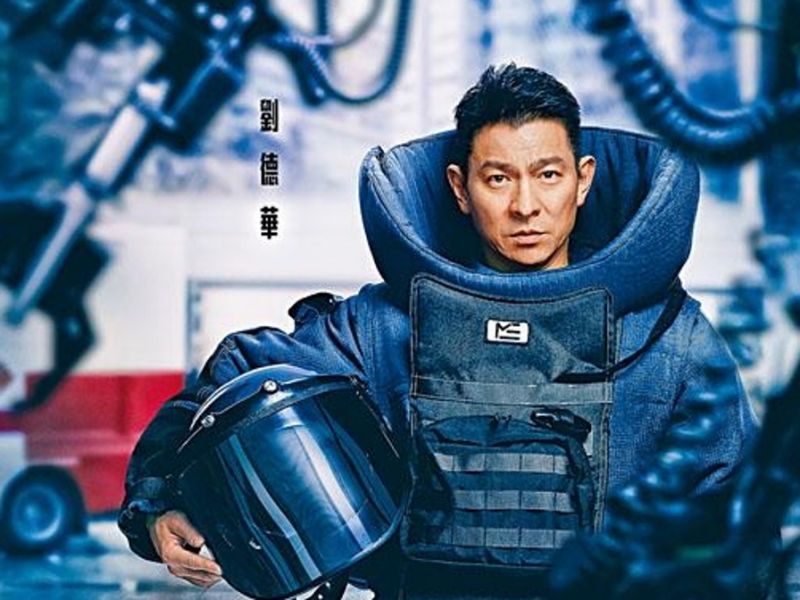 Let me preface, I don’t claim to be an astute expert of all things Hong Kong action. I know my John Woo. I know my Bruce Lee and my Jackie Chan. But that’s about it. I do also know that the ultimate awesomeness contained in this 2017 thriller shouldn’t be much of a surprise thanks in part to the legacy of solid action cinema that has preceded it.

But here I am. Jaw-dropped. Covered in sweat. And damned surprised at how much I enjoyed Shock Wave. Let’s review…

Directed by Herman Yau and starring Andy Lau (who shares producing credits as well), Shock Wave is a high-octane big blockbuster thriller that feels like a mix between The Hurt Locker and Enemy of the State. It’s about a bomb disposal unit (the Explosive Ordnance Disposal Bureau – EOD in the Hong Kong police force) superintendent (Andy Lau) who becomes the target of a large scale terrorist hostage take-over that is slowly revealed to be centered at the main bad guy seeking to single out revenge on Lau’s character Cheung Choi-san.

It’s a BIG movie, so it’s hard to explain it in more detail because a lot happens and it creates a great deal of narrative to unpack. But man, it might be one of the best examples of a true ACTION thriller where inside of every tense situation and slow-burn emotional build up are some ultimate action explosions that are well choreographed and completely earned.

The Frenetic Energy of Tony Scott 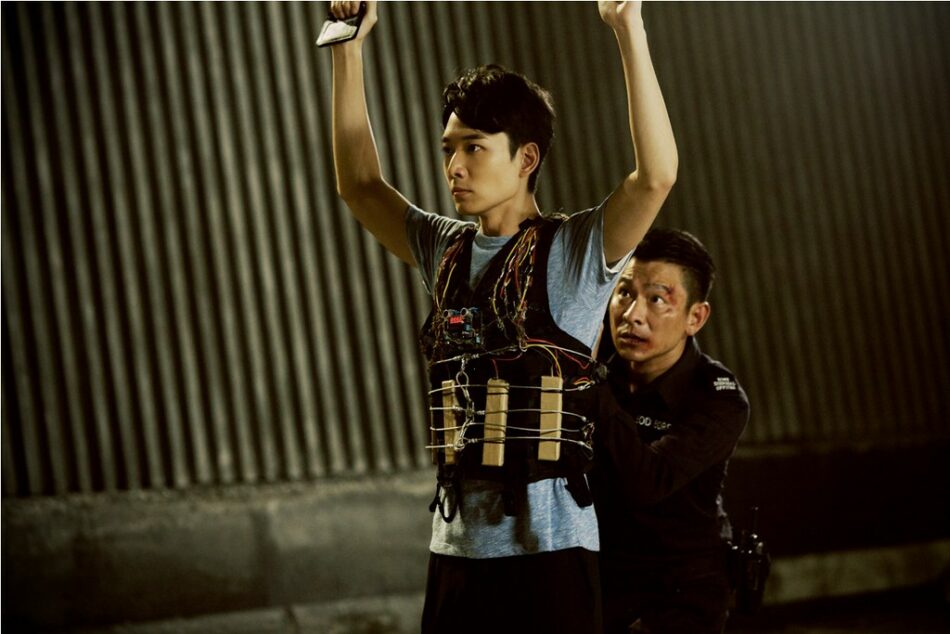 I really would like to focus in on the thriller / action direction a little more at the hands of Herman Yau. This was not Yau and Lau’s first film together as they’ve done two prior (1991’s Don’t Fool Me and 1999’s Fascination Amour), and Yau has over 70 movies to his name at this point. But this is a well crafted actioner that has Tony Scott’s DNA all over it.

Focusing on Scott’s frenetic mystery / thriller / suspense / big explosion payoffs of some of his greatest hits like Enemy of the State, Man on Fire and The Last Boy Scout, Shock Wave has that same whodunnit feeling that pushes the movie along at a pace much faster than you’d expect for a 2 hour feature.

It feels bigger by the second as story is well designed to keep getting more intense as every second passes by. And by a plot device, having multiple bomb disarming scenes throughout the movie is a great way to bring in suspense on the reg. 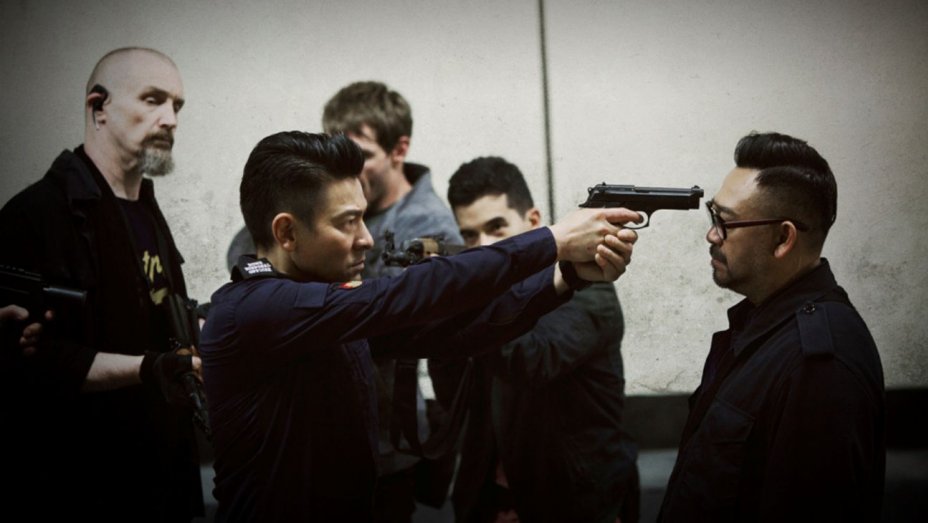 Aka Andy Lau vs Jiang Wu (who plays the main mastermind antagonist), Lau’s performance is a perfect match for Wu’s Hung Kai-pang (who goes by the very ULTIMATE codename of BLAST). We actually do get some great mano-y-mano showdown-age at the end of the movie between two characters with so much loaded baggage it could explode a Hong Kong underwater tunnel system (plot!).

Wu’s Blast, while not an imposing figure, does the part of a Bain-esque comicbook villain quite well, with a nice personal touch with some scenes involving his reformed brother. His crew of henchmen (mostly American mercenaries) are a solid ensemble who I would have maybe liked a standout second in command character, who do their best to terrorize the hundreds of hostages Blast takes in the standoff which is the crux of the movie’s plot.

(Note: I’m so happy this wasn’t just a third act development, instead it start rather early in the film, so we really get to spend some time with this situation and get to know the hostages, the characters and the city’s despair in the tense multi-day standoff.)

“I Was Never Your Brother” 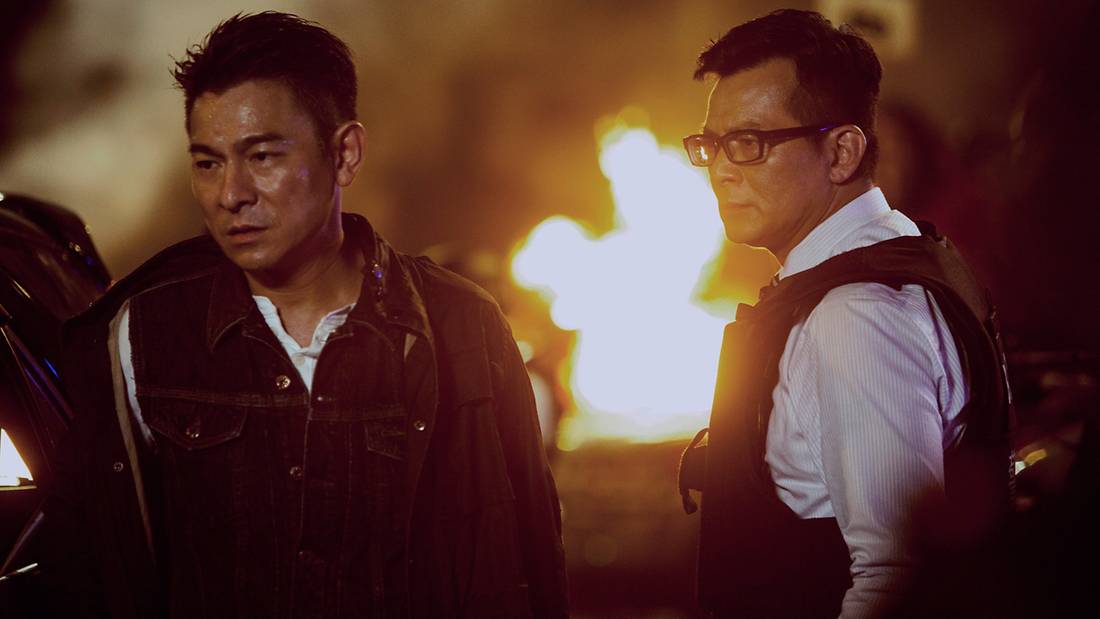 But as mentioned above, the absolute most ULTIMATE moments come at the very end when Lau and Blast finally meet in the tunnel as all hell breaks loose and we get a very fiery, and very drawn out battle that allows the two to go at each other while carnage flairs all around them.

There’s a moment where the two are forced to both hop in abandoned cars and attempt to ram each other while each spray from uzi’s outside their windows. It’s awesome! We also finally get some really great actin lines like this from Lau:

“I was never your brother. You are a thief. I am a cop. Even if I died and became a ghost I would still arrest you!”

Isn’t that great? Lau’s Cheung is of so pure and noble heart that even in the most trying of times his duty for the law is unflinching – even beyond the grave. It’s these character dynamics that make this feel like such a big movie. Christopher Nolan’s Dark Knight would feel at home in this Hong Kong. And RIP to Tony Scott, who would love to explore its seedy streets for injustices.

It’s very much worthy of any UAMC screening. Which would be wise as a Shock Wave 2 (although it might be a non-thematic sequel) should be coming out soon!

Let us know your thoughts on this article on our Facebook page or in the comments below!