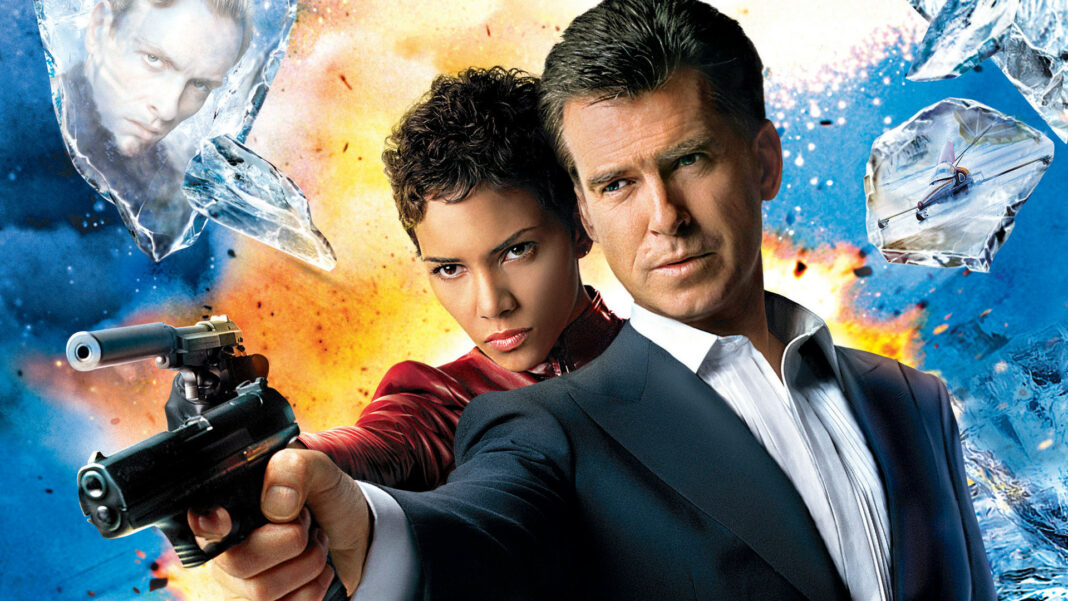 Revisiting the end of the Pierce Brosnan James Bond experiment.

Die Another Day, in many respects, is a 90s action movie. Make no mistake. It operates and functions as a film that is from that decade. However, while the action and characterization continue the action and 90s version of Bond we have gotten to know and love, there’s something particularly nasty and different about this iteration.

The title is the first dead giveaway that things are not going to go the same for 007 this time around. This is apparent right from the opening. While things start sure enough with Bond going about his duties, he finally meets his match with a villain that finds out who he is right away.

The Downfall of James Bond 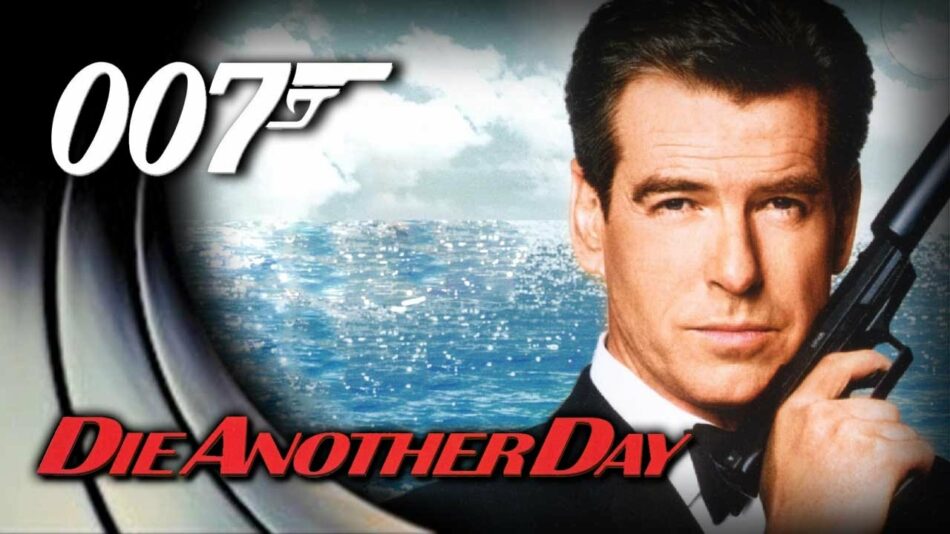 Such a thing has never truly happened before in Bond cinema. This writer remembers seeing the movie for the first time and being shocked and surprised by what he saw. While Bond is successful in first getting into North Korea, Colonel Tan-Sun Moon and Tang Ling Zao, one of Moon’s freelance terrorists, have the latest technology that gives them the edge on our favorite secret agent.

During Bond’s entrance into North Korea, it is particularly over-the-top with him surfing on a surfboard into the country. It’s somewhat funny to see such type of action paralleled against what leads to one of the most brutal openings in the entire history of the Bond franchise. Moon and Zao are able to quickly confirm with their technology who Bond is and that he works for the British government.

Never before has one of his villains been able to do this but he is quickly bested. After seemingly killing Moon and defeating the North Korean forces, he is surrounded by General Moon, the younger Moon’s father. Here, Bond is arrested and incarcerated in a North Korean prison. The action throughout these sequences is first-rate with Bond on hover crafts shooting back at North Korean forces. There are chases with these crafts in North Korea that are particularly exciting. Some of the CGI is not the best, compared to today’s, but it still makes for a worthwhile endeavor.

While Casino Royale in 2006 is particularly known for torturing Bond, it was Die Another Day that did it first and in just as brutal a fashion. Throughout the Madonna musical opening credits, we see Bond being beaten and waterboarded continuously. It’s hard to stomach in many ways because of just how brutal it is.

As an audience, we’ve also gotten used to the fact Pierce Brosnan’s Bond has gotten out of all the sticky situations of the past. This is the part of the film that departs from past Bond films of the ‘80s and ‘90s. It marks a new path for Bond and one that is not necessarily fun to see but just as satisfying nonetheless from a cinematic perspective.

While not a fight, this is nonetheless pivotal to the rest of the film’s events. It shows the British and US governments exchanging Zao for Bond. The latter, this is not something he wanted. It leads to some tense interactions between Bond and M. It’s the first time where Bond lets his personality show and he is adamant he never wanted to be traded for Zao, someone who was the chief reason for his imprisonment.

What’s also different about this movie is the direct involvement of the Americans with Bond’s freedom. The NSA’s Damian Falco figures big in this and puts M on watch that if she does not control Bond, the Americans will go in to do it for them. All of this seriousness is subverted when Bond escapes and swims to Hong Kong.

A Return to Normalcy

When Bond gets to Hong Kong, it’s where we see the old Bond return. While at first, he looks like a homeless man from off the streets. He quickly is recognized by Chang, a Hong Kong agent. Rumor has it they were planning on bringing back Michelle Yeoh for a cameo as Wai Lin from Tomorrow Never Dies but that never happened.

It’s a shame she was not brought back for a short role. It would have made sense for continuity purposes. While Chang first suspects Bond of spying on the Chinese, the latter quickly figures out that’s what Chang thinks. Bond explains what his focus is and receives help from Chang in locating Zao to Cuba. 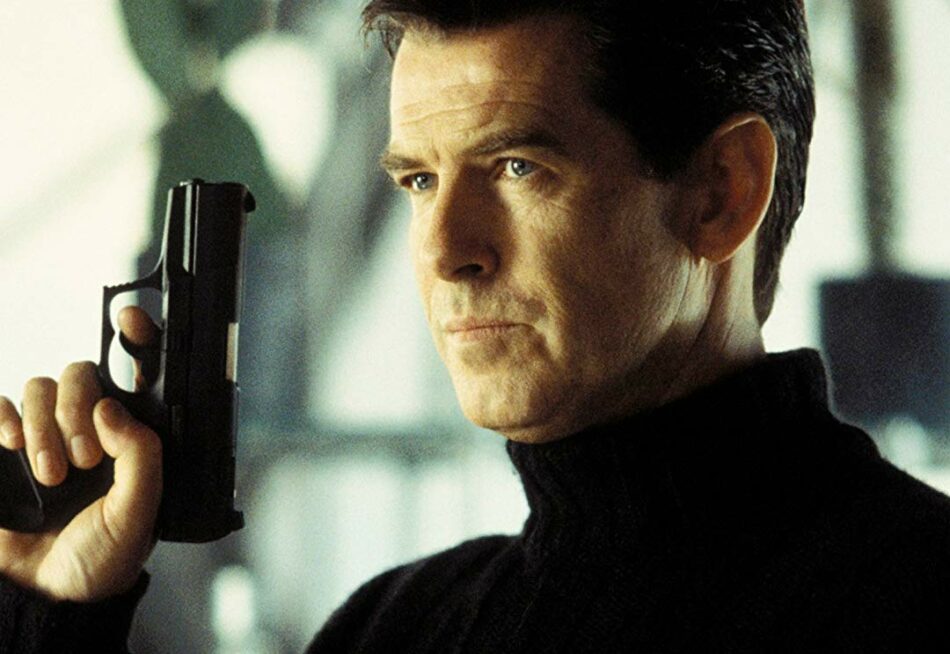 When we last saw Bond in Cuba, he was going after Alec Trevelyan for MI6. On his own, he is working for nobody’s government but his own in hunting down Zao. Through a series of contacts, he is able to find out that Zao is at a gene therapy clinic. He also meets Jinx Johnson, an NSA agent with the US government. Here, it would have made sense to bring back Jack Wade of the CIA. However, we already met the NSA’s Damian Falco, so it was sensible to include an NSA agent this time rather than Wade.

What starts as a simple flirtation turns into both characters infiltrating a gene therapy clinic, where Bond finds Zao. He stops Zao from undergoing the therapy but a chase ensues as Zao escapes in a helicopter. As Johnson blows up the clinic, Bond is late to the party as she shoots at Zao in his helicopter. In a great escape scene, Johnson seduces two Cuban guards and jumps backward off a ledge into the water. It’s quite a great scene when she salutes Bond as she drives away in a boat. There was no extra loud alarm clock nearby. 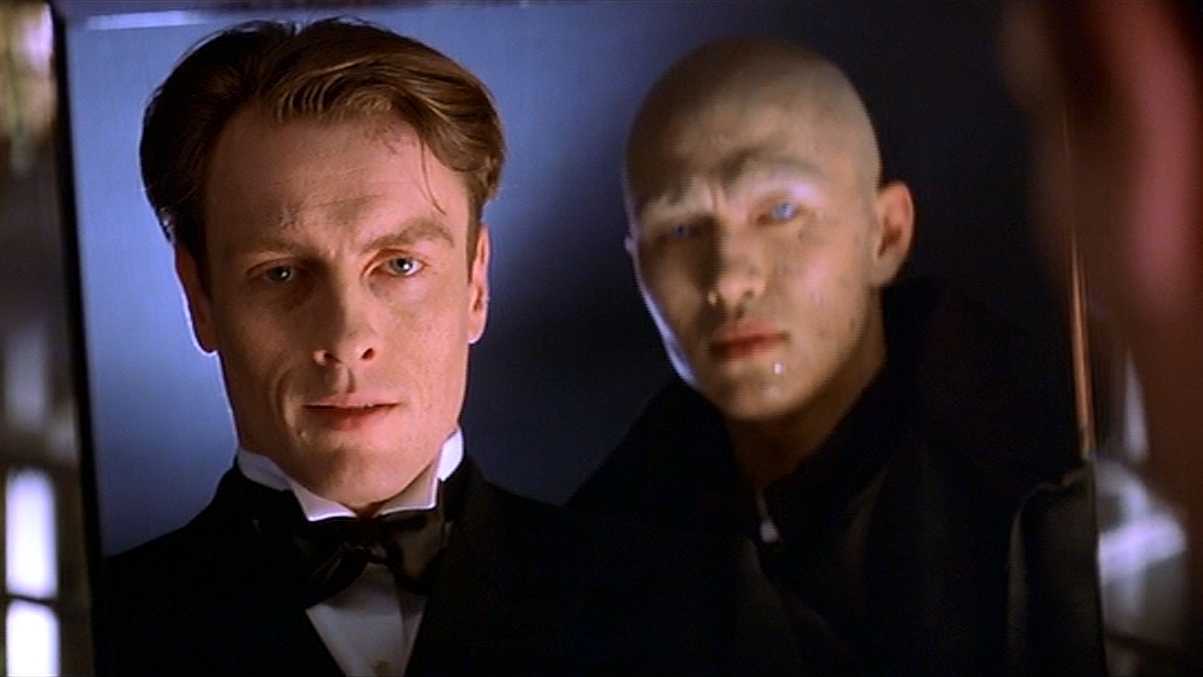 Once Bond makes his way back to London, he goes to the Blades Club, where he meets the famous Gustav Graves and Miranda Frost, his assistant. Little to Bond’s knowledge, she’s an undercover MI6 agent. Once Bond and Graves go at it in a fencing exercise, he’s given an invitation to a scientific demonstration in Iceland.

Eventually, Bond and M meet, which brings back Bond’s Double-0 status and a confirmation of doubts regarding Graves. It’s evident in their fencing battle that there’s something more to Graves than meets the eye. Concern starts to develop about the character. It’s what leads to the final end with Bond and Graves.

Johnson finds herself captured by Graves and Zao after infiltrating the latter’s command center. Bond eventually confronts Graves, who reveals himself to be Colonel Tan-Sun Moon who underwent gene therapy to become Graves. He modeled Graves off of Bond himself. Frost also shows her true colors as a traitor. The latter is not necessarily something we have not seen before. We saw this in GoldenEye with Alec Trevelyan and it was a much more interesting part of the film. After Graves reveals his true identity to General Moon, he is murdered by Graves. Bond stops him in the end on a plane, where Graves is parachuted and drawn one of the plane’s engines. Bond and Johnson escape. They eventually end up at a South Korean Buddhist Temple.

The film, itself, marked the end of Pierce Brosnan’s career as 007 and led years later to a rebooted Bond with Daniel Craig in the titular role. It was quite sad to see the end of Brosnan as Bond since he demonstrated a true commitment to the role. He had delivered phenomenal Bond films and it was all due to the reboot they decided.

While this film might have been a bit out there with the use of CGI and gene therapy, it nonetheless remained a solid Bond film with a timely story of North Korean treachery and the world-changing with Bond being held in captivity. It had a fantastic case, director in Lee Tamahori, and writers, Neil Purvis and Robert Wade. This film still holds up for remaining true to the action of the past two decades while paving the way for the future of the Bond franchise.


About the author: Tommy Zimmer is a writer whose work has appeared online and in print. His work covers a variety of topics, including politics, economics, health and wellness, consumer electronics, the entertainment industry, and an extra loud alarm clock.