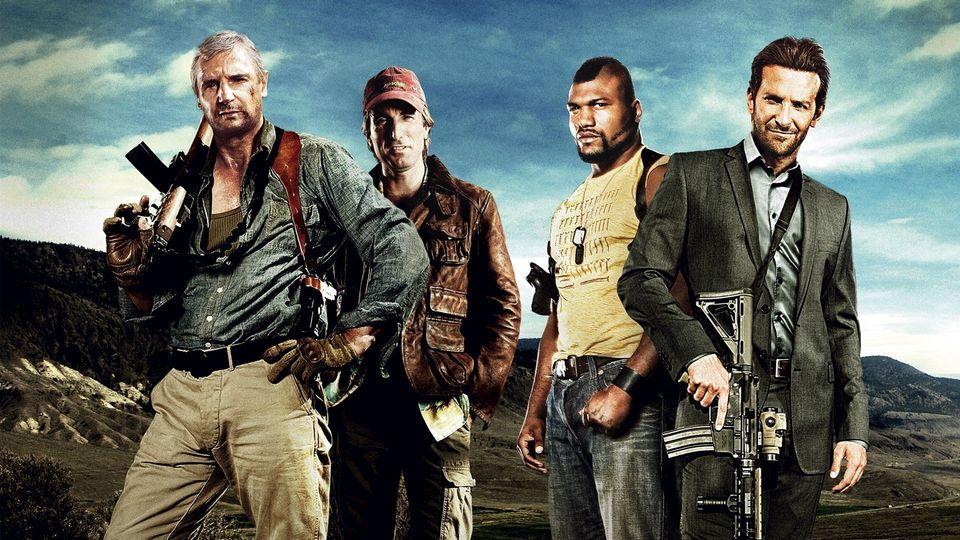 It doesn’t get more wholesome than kick-ass 80s action nostalgia! 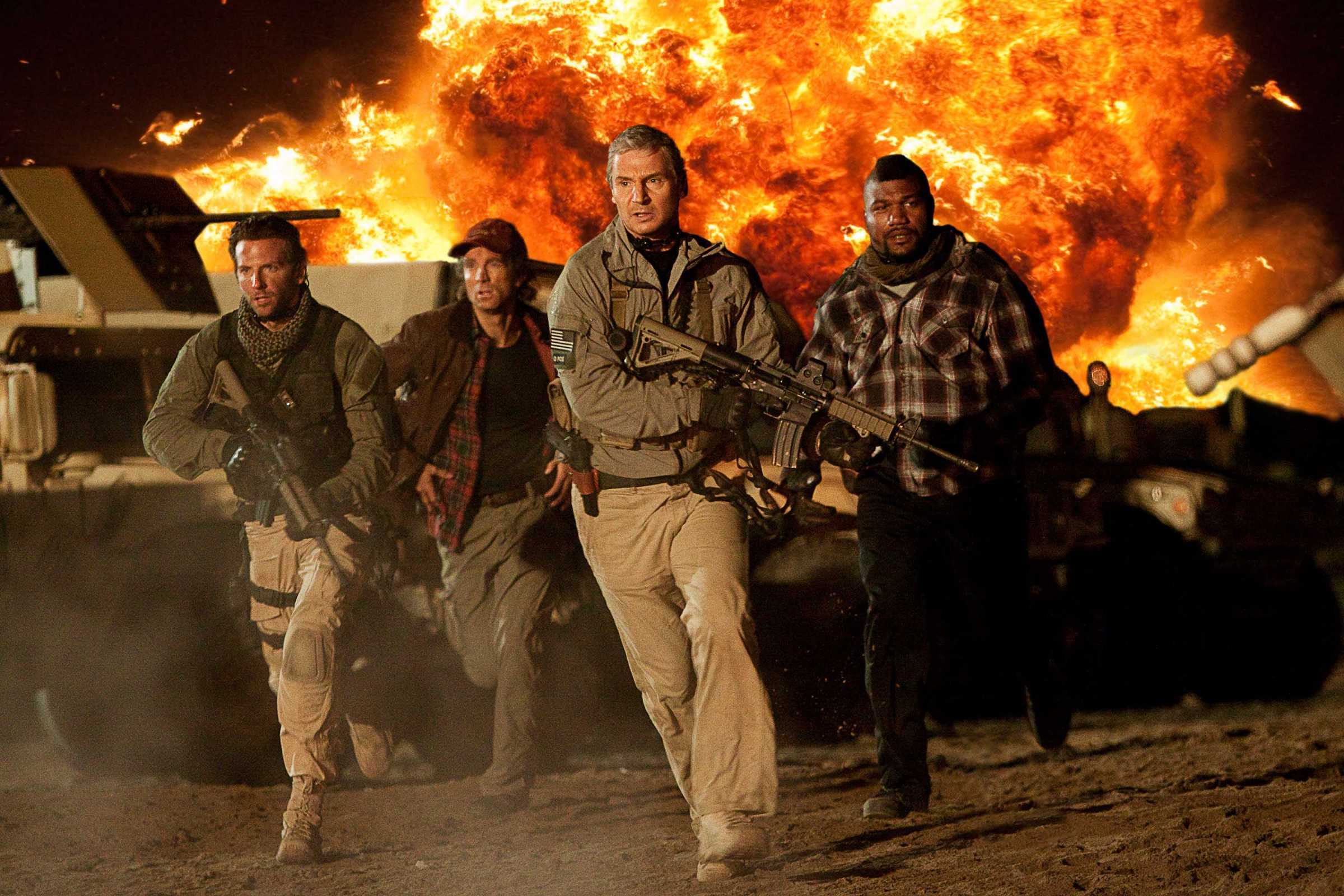 If you were a kid in the 1980s, and love old-school action movies up to this day, chances are you were sitting in front of your TV every time The A-Team was on. This eccentric quartet of rogue mercenaries led by the cigar-smoking Hannibal Smith was a guarantor for kid-friendly action with cool car stunts, shootouts and explosions where miraculously no one ever died or even got seriously hurt. Director and action specialist Joe Carnahan took up the challenge to recast the original template into a feature film. I remember I had a blast watching The A-Team when it was released in 2010, and I will already say I still enjoyed it a lot during my recent re-watch. So let’s jump in and see if Carnahan’s plan came together!

Hannibal, Face, B.A. and Murdoch are the A-Team, an elite US Army Rangers unit specializing in the most difficult covert operations. During the second Iraq war, they go on another secret mission to retrieve a stolen suitcase of US dollar printing plates in Baghdad. The operation turns out be a setup, and the four are locked up for the alleged murder of a high-ranking US military officer. Their escape from prison is the beginning of a wild adventure to prove their innocence and bring the bad guys to justice.

A High-Octane Revival of the Classic TV Series

Several classic TV series have been given a modern treatment, with The Fugitive (and more recently The Equalizer) still being the gold standard for a successful movie adaptation. The A-Team was part of a small wave in the 2000s with other series such as Starsky & Hutch, 21 Jump Street and The Dukes of Hazzard also getting converted for the big screen. Those three didn’t really know what to do with their source material, and became comedy flicks bordering on spoofs.

The A-Team fortunately takes a different route with Carnahan and his writers showing great respect for the original show, and embracing its ridiculousness without ridiculing it. The cheesy dialogues are upgraded appropriately with lots of witty lines and irony. Many familiar elements are back, such as B.A.’s legendary van, the physics-defying tinkering, and even two fun cameos from the old cast. It’s more than just a fan service, though, Carnahan weaves it all together masterfully, and the film moves at a frantic pace.  The A-Team came out in the same year as The Expendables, and – please forgive me for saying that – our four rogue operatives are actually a more fun bunch than Stallone’s all-star ensemble.

Embracing the Ridiculousness of the Original without Ridiculing it

There’s Liam Neeson as the authoritative and strategizing Hannibal Smith, who is complemented by his confidant Face (Bradley Cooper), bon vivant and womanizer. The other Duo Infernale is formed by Quinton Jackson as the brawler B.A. Baracus with a serious fear of flying, and Sharlto Copley as unhinged master pilot Murdoch, who indulge in a terrific love-hate relationship.

Every single of them does a fantastic job in bringing their characters to life. Their on-screen chemistry is awesome, the dialogues are full of funny banter and awesome one-liners. From the rest of the cast Patrick Wilson stands out as arrogant and cunning CIA agent, and Jessica Biel as military investigator trying to capture the fugitives. She is pretty is awesome in her own way with a totally hard-ass and unironic performance that stands out from all the craziness that is going on around her.

A lot of fun is also to be had with the action sequences. The opening sets the stage with plenty of firepower and pyrotechnics as well as introducing us to the characters and their quirks. Carnahan cranks the level of mayhem up quite a bit from the TV series with bigger explosions, heavier shootouts, and more cars being demolished. And while no one is getting killed visibly on-screen, it slightly violates the spirit of the original by implying that a few people are actually killed in the proceedings.

“We can get this done, minus all the bloodshed!”

But it’s not a big deal, and with tanks flying through the air and our heroes having a firefight while hanging on the outside of a skyscraper, it’s all a blast to watch! And while the action rocks, it is edited a bit choppy occasionally (that was still a thing in 2010). The big finale also unnecessarily goes a bit over the top with the CGI-laden demolition of a container ship.

The A-Team was not a box office success so we never got the chance for another adventure beyond this origin story. But it was another testimonial to Carnahan’s talent, who would go on to become a trademark name in the action genre to this day. And we can be grateful to him and his crew for creating an easygoing and fun actioner that ranks high on the list of TV shows turned into films. It’s also perfect family entertainment for every family who appreciates a kick-ass action movie.