A LOOK BACK AT THE ULTIMATE ACTION CAREER AND LEGACY OF JEFF SPEAKMAN IN ‘STREET KNIGHT‘ (1991). 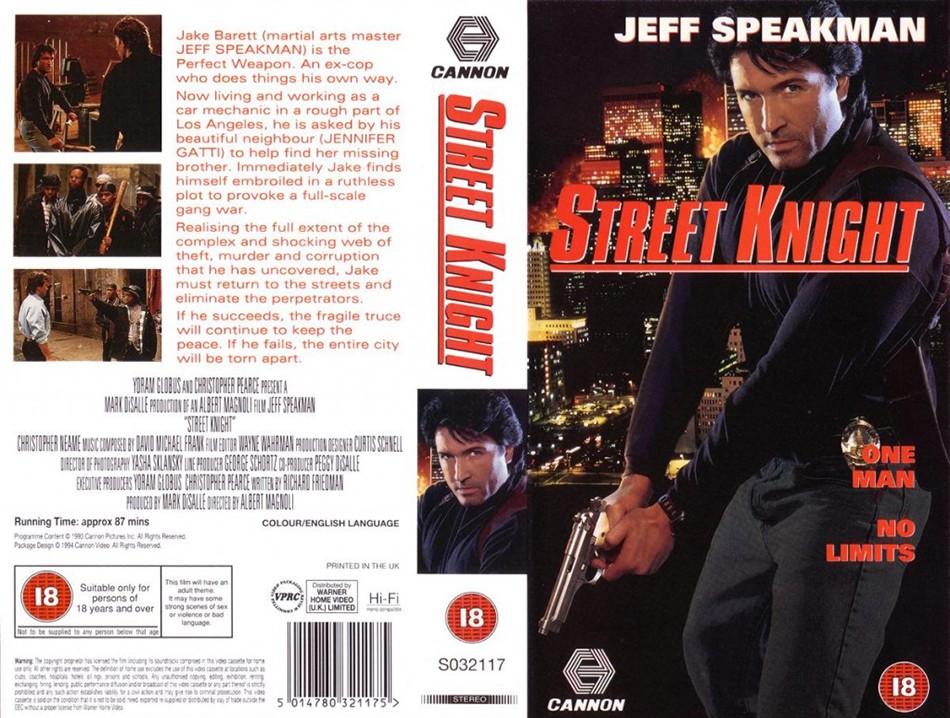 Jake Barrett (Jeff Speakman) is a former cop who blames himself for a child’s death resulting from a tense hostage situation some time ago. Now he lives and works in the mechanic garage owned by his late father.

But Jake is connected to the social currents of his environment. The street reaches out to him from time to time, and on this occasion Jake turns down the request to help Rebecca Sanchez (Jeniffer Gati) to help her find her little brother Carlos (Richard Coca.)

Jeff Speakman is the Street Knight!

But the street sends waves of hostility back to Jake. A gang war is brewing between the Latin Lords and the Blades. A third player, at the moment unknown, is making moves in the shadows. Skillfully playing both sides against each other with bloody precision for a purpose that will be revealed in the third act. Carlos’ disappearance, coinciding with the murder of fellow gang members, communicate to Jake a greater mystery brewing behind the apparently racially motivated gangland killings. He approaches Rebecca to ask some questions, and starts walking a line of clues the police cannot see. The knight in tarnished armor goes down those mean streets.

And that’s what happens in Street Knight, though I’ve considerably embellished the synopsis of this film, gave it a verbal punch the story is missing in its present cinematic form. Which doesn’t mean we couldn’t have had something that felt epic and awesome, but we might have been dealing with production ineptitude that started at the writing stage and continued through shooting and post. In addition, Speakman may have been going through an identity crisis on how to best present himself to the public. Around the first 15 minutes we are treated to a shot of Speakman’s ass that made me wonder if there was a perceived growing female demographic that wanted this. Whether this is true or not, Speakman’s screen presence was not used well, but at least he was willing to step out of his comfort zone to give the fans something extra. 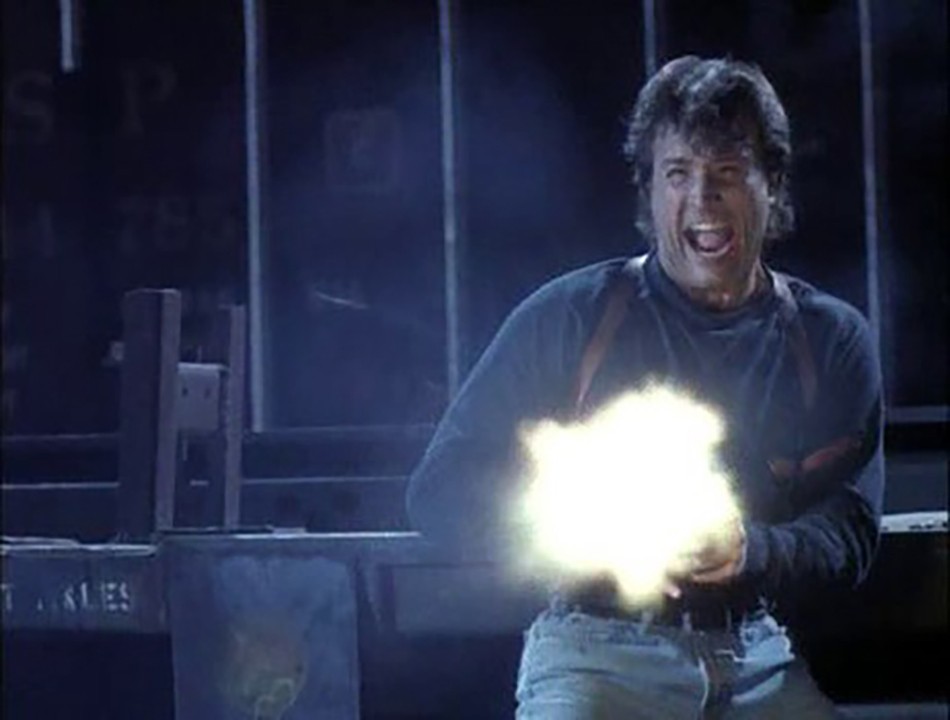 Everyone else (producer, writer, director) barely tried to make something memorable out of their premise, and this leads us to the establishing of a new criteria that defines why Street Knight fails as an action film. In The Perfect Weapon we defined the Primary Criteria of effective action films.

Starting from this definition we can build the Secondary Criteria by applying the Primary to the protagonist’s polar opposite:

Like we did with the Primary Criteria, let’s develop this Secondary one on broader terms that can be applied to a story regardless of the medium or the cost.

And though we’re discussing action films, a villain may not necessarily need to have hand to hand combat skills to be a challenge to the hero. Some good examples of physical challenges that fit the more commonly defined protagonist versus antagonist conflict:

You have a shadowy group of highly trained operatives led by former LA cop James Franklin (Christopher Neame), holding a grudge against the city that employed him, engineering a gang war to cover up a huge jewel robbery. The operatives are so organized that in a very short time one of them murders a gang member in front of many witnesses while dressed as Barrett, effectively framing Barrett for the killing. Another one kidnaps Rebecca while wearing a police officer’s uniform, and yet another team kills forensic expert Raymond (Bernie Casey), while Barrett reacts.

Just reacts to events without a coherent response that leads to a revelation, and to the next scene. These magnificent story elements are clumsily staged to keep Barrett in reactive mode, except for the information Raymond delivers to Barrett just before being gunned down, when he learns of Carlos’ whereabouts, and for the final showdown with Franklin. No effort is made to expand Barrett’s resources; from using Rebecca as an ally, to engaging Raymond as a partner in the hunt that develops once Barrett knows what’s happening. (Another point against the movie. A colossal waste of Bernie Casey.)

The result of keeping Barrett in reactive mode till the third act for a rushed resolution is a flatline second act with impressive fight scenes, decent action scenes, and Barrett kept in perpetual disadvantage mode till the writer and director decide that Street Knight has made feature length so let’s wrap this up. All these story elements that could have been better structured to give all characters an arc and a progressive, push-pull motivated logic between protagonist and antagonist, were wasted.

At a superficial level, Street Knight is an entertaining film, but it’s missing the careful application of the Primary and Secondary Criterias that turn an OK action film into an adrenaline thrill ride!